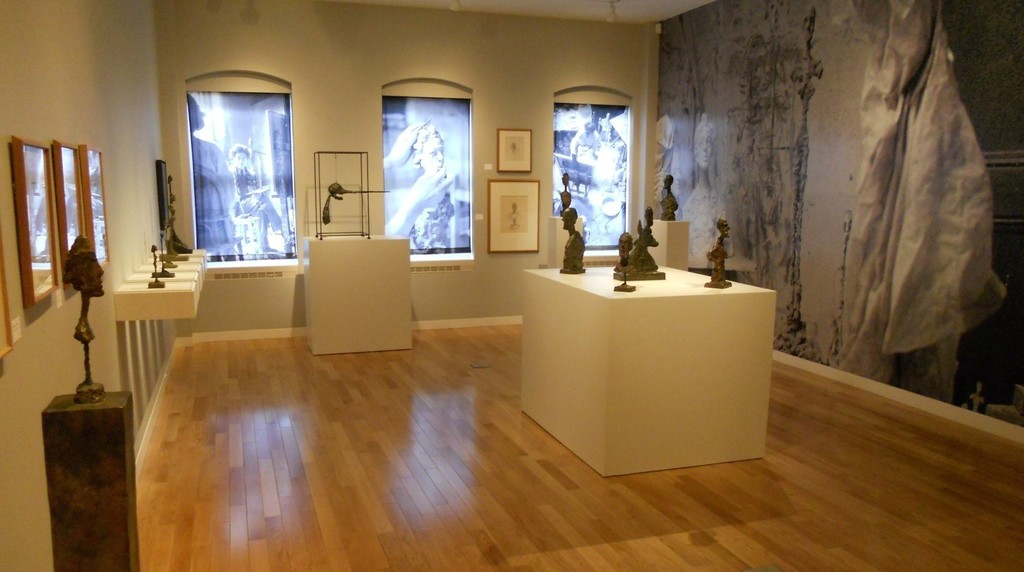 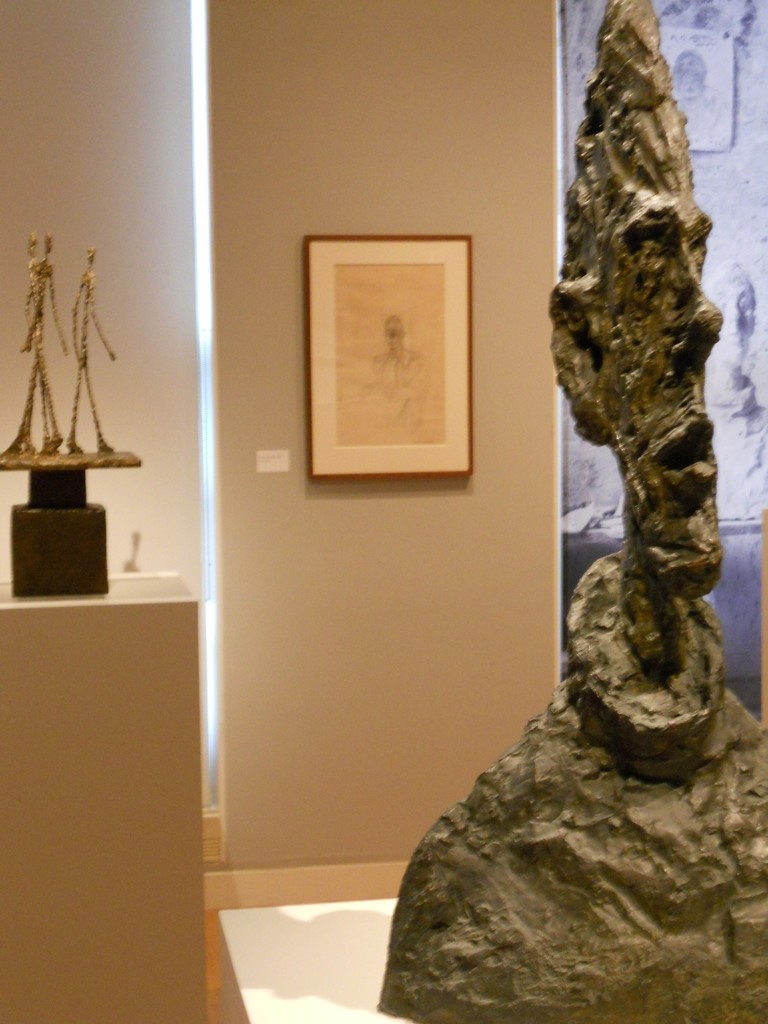 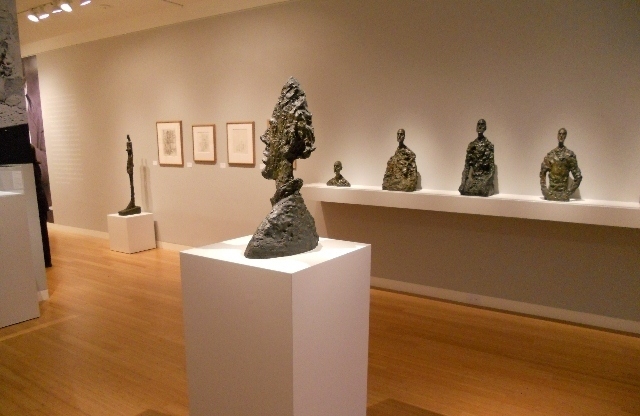 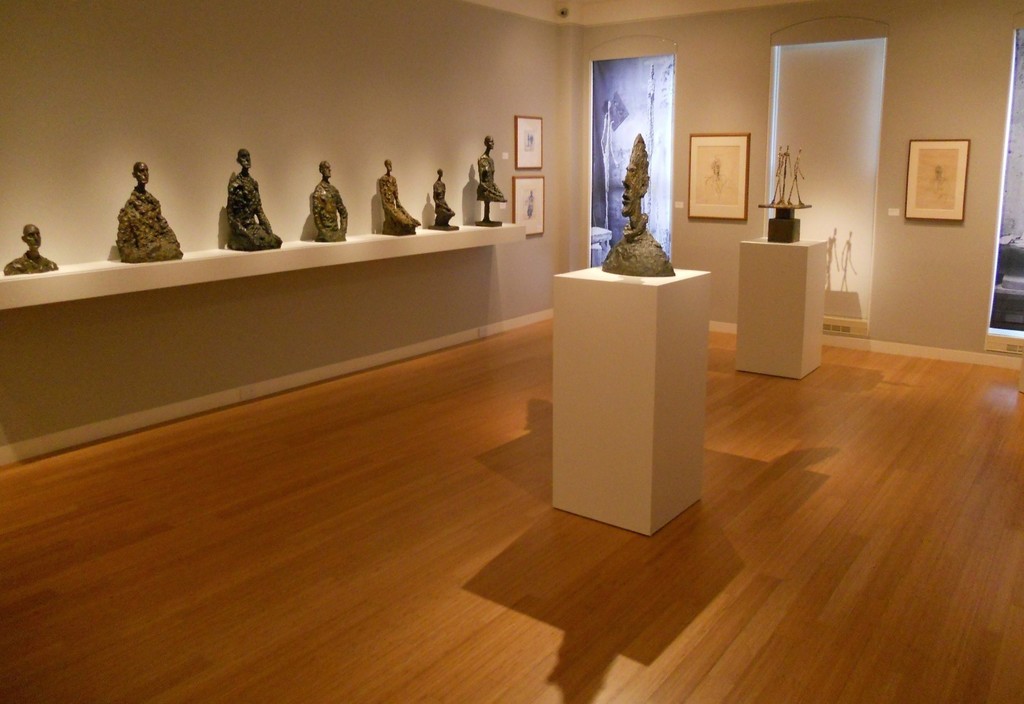 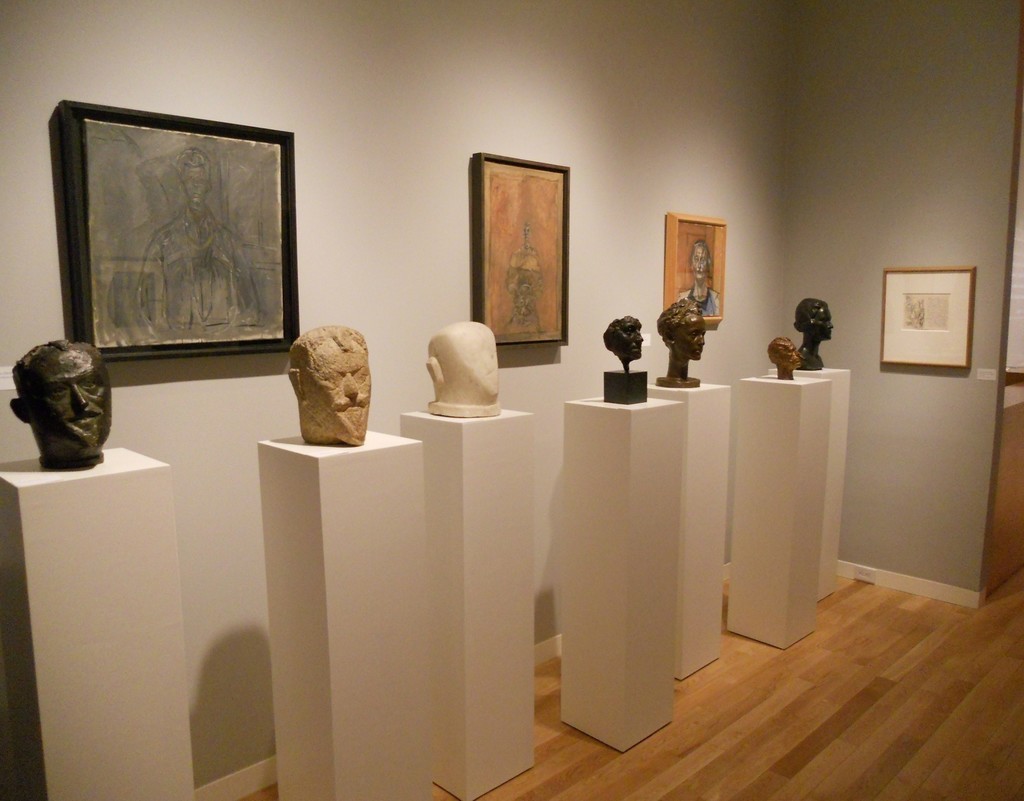 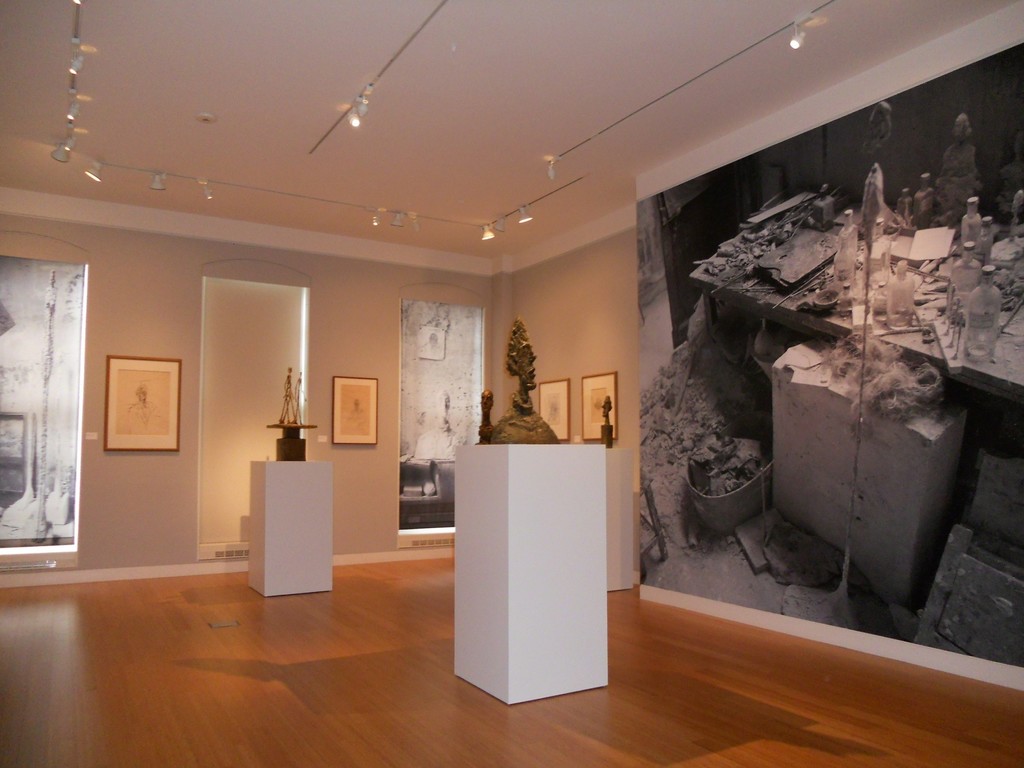 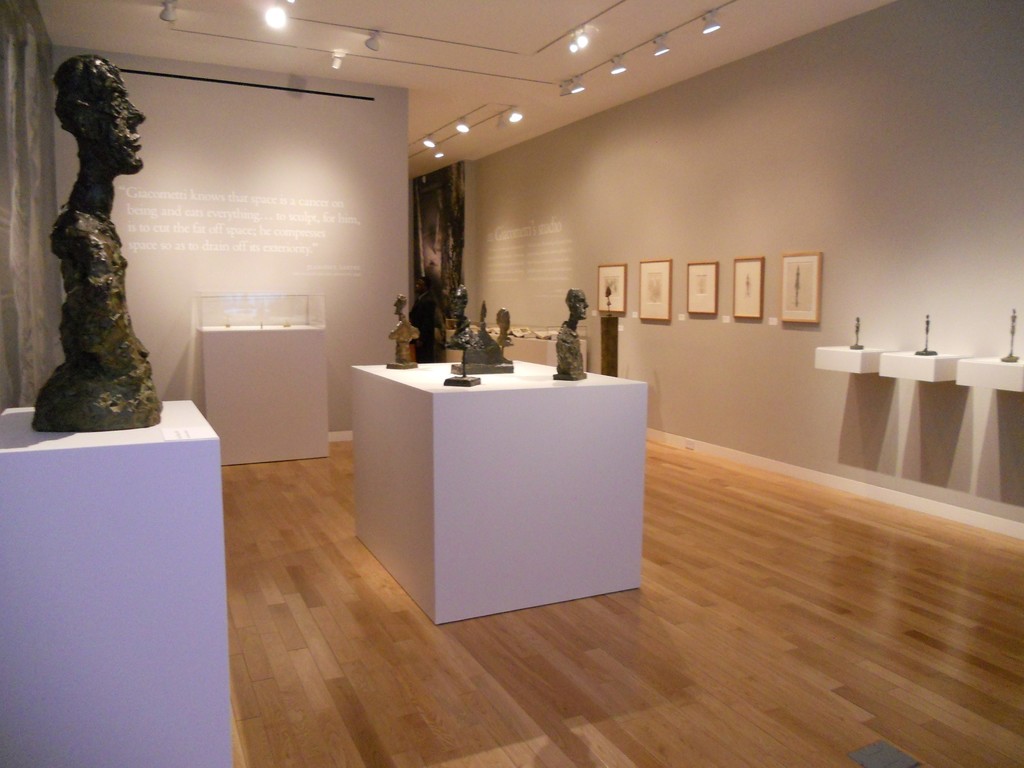 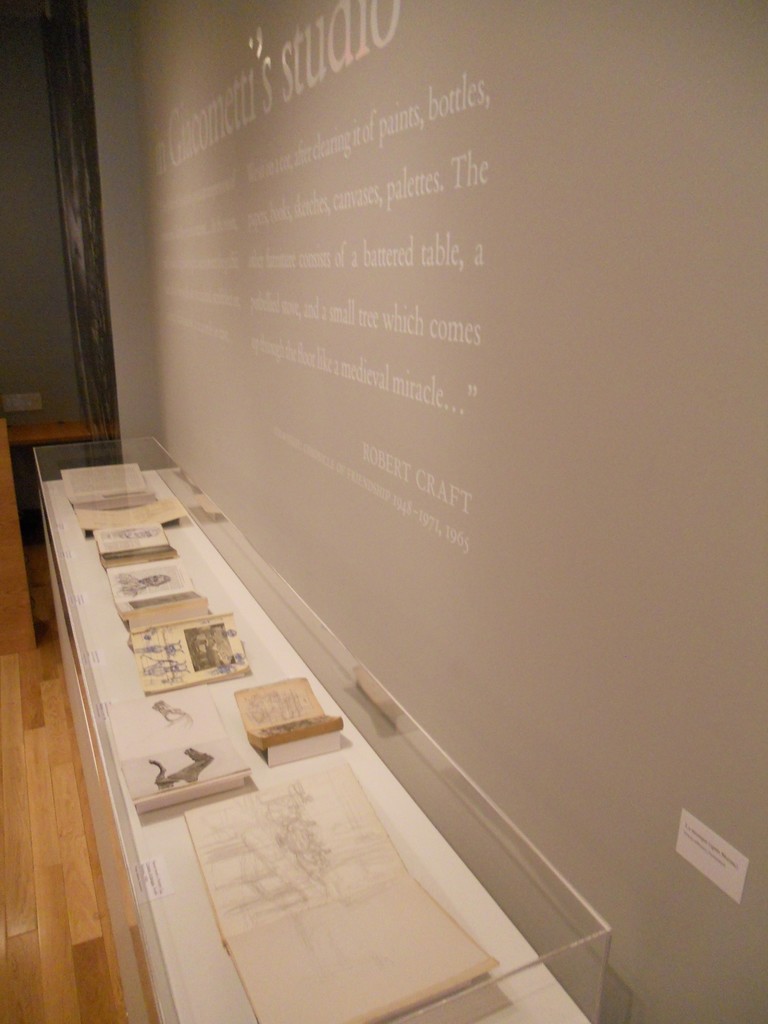 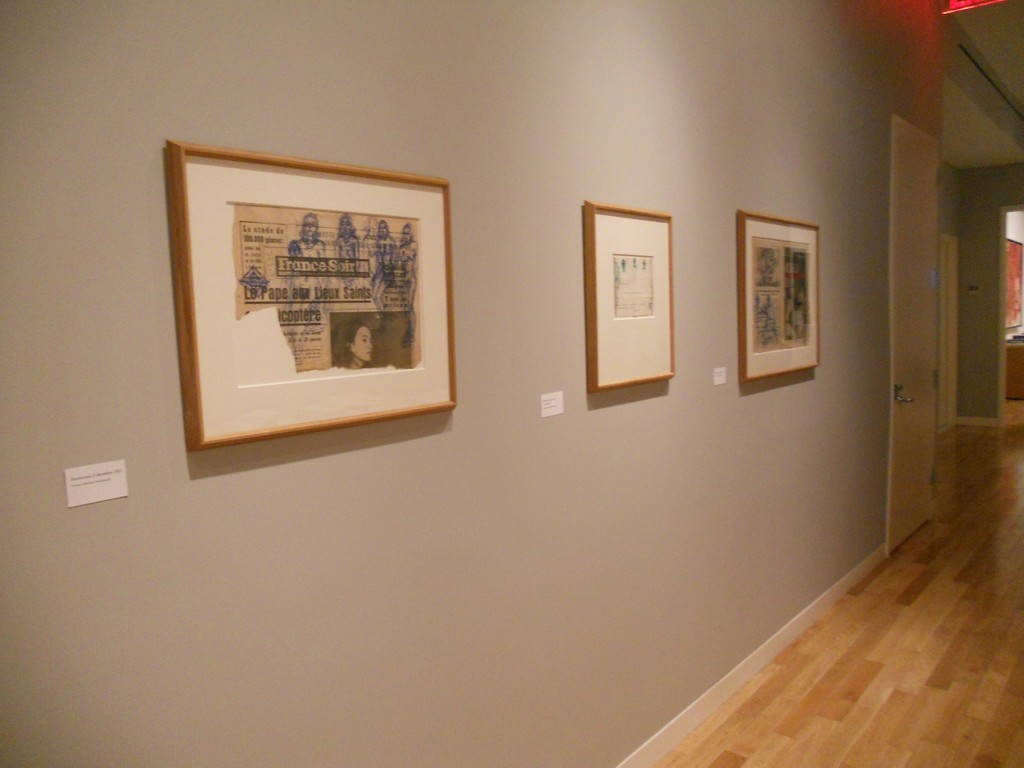 For their inaugural exhibition, Eykyn Maclean will present a unique overview of Alberto Giacometti’s artistic achievement, curated by art historian Michael Peppiatt. Dating from 1917 to 1965, the works on show – nearly 100 sculptures, paintings and drawings, as well as photographs and documents – have been selected principally from the collection of Giacometti’s heirs. Supplemented by loans from other prestigious collections, many of the works on view in this scholarly, not-for-sale exhibition have never been exhibited before.

The influence of the movement continued in his work to a degree into the ‘40s and is seen in Le nez (1947), a bronze in which a human head with a fantastically extended swordfish-like nose and gaping mouth.

Throughout the ‘40s, when upon his return to Paris from Switzerland he became good friends with Jean-Paul Sartre, and for the rest of his life, Giacometti grappled with attempts to show two subjects. One was the human figure and its place in space. “If I look at a woman on the opposite pavement and I see her as very small, I marvel at that little figure walking in space, and then, seeing her still smaller, my field of vision becomes much larger,” he wrote. “I see a vast space above and around, which is almost limitless.”

The other subject was the human head, an interest of Giacometti’s that Breton scorned. “I’ll never manage to put into a portrait all the power a head contains,” wrote. “Just the fact of living requires so much will-power and energy.”

“In Giacometti’s Studio” contains examples of each. Among them is the 1954 bronze, Grande tête/Tête mince. At over two feet tall, it is the largest of Giacometti’s busts executed in the 1950s and continues a series he started in 1951. Where his thin, almost weightless attenuated sculptures contemplated the figure in space, through his busts Giacometti sought to create weight and density: the shoulders and head in profile are heavy and substantial, while the frontal view has the face almost is reduce to almost a knife’s edge.

Among the standing figures in the exhibition are Femme de Venise V, which was part of
the series Giacometti created to be exhibited in the French pavilion of the 1956 Venice
Biennale, and Trois hommes qui marche II – three men atop an elevated pedestal, walking across each other’s path and yet unaware of their mutual existence. As with Giacometti’s other renderings of the subject, the static figure’s head is small and recessive, suggesting an object and presence that is universal rather than individuated.

Throughout his life, Giacometti drew copies of works he admired illustrated in art books, Peppiatt notes in his book. Giacometti’s ballpoint pen sketch, Portrait de van Gogh (Le Post-Impressionisme, John Rewald, 1961) loosely copied van Gogh’s self portrait of 1889-1990, increasing the angularity of van Gogh’s bone structure and narrowing the head. Shown opposite a photographic reproduction of the paintings, the drawing suggests the lens through which Giacometti viewed his sitters.

A fully-illustrated catalogue accompanies the exhibition and features an interview by Michael Peppiatt with the poet and Giacometti expert, Jacques Dupin.