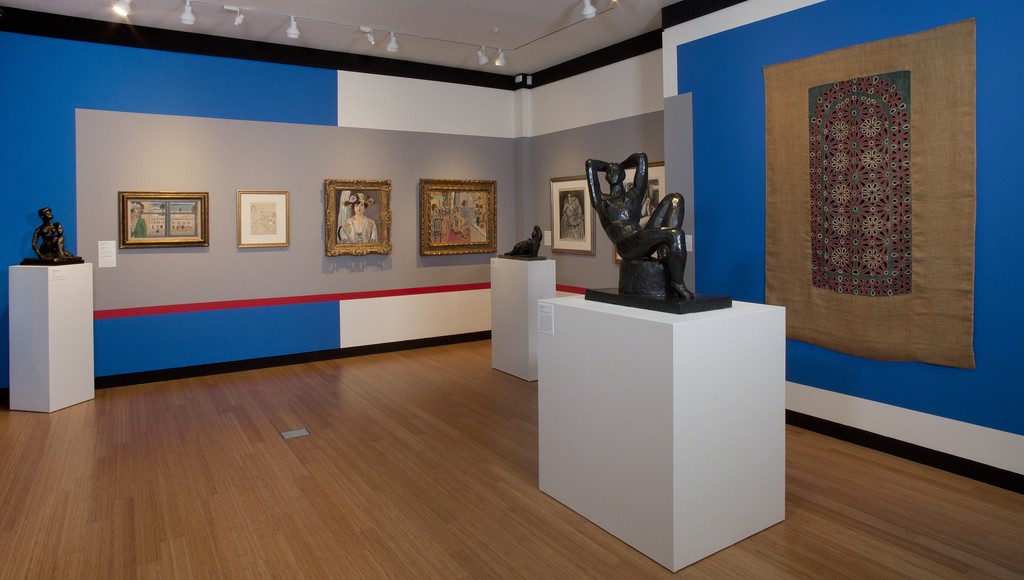 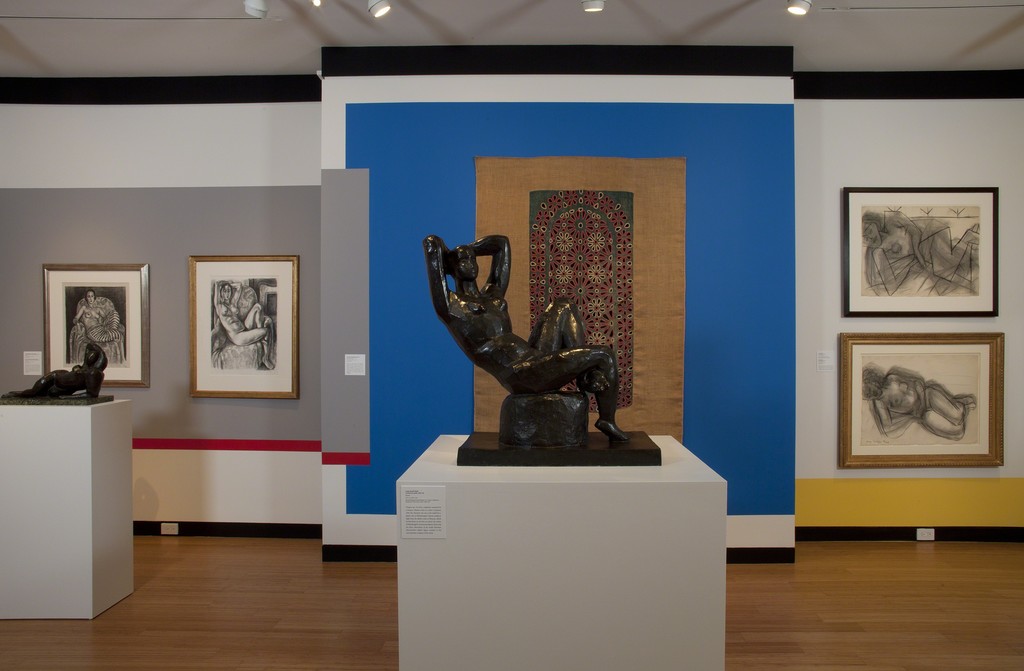 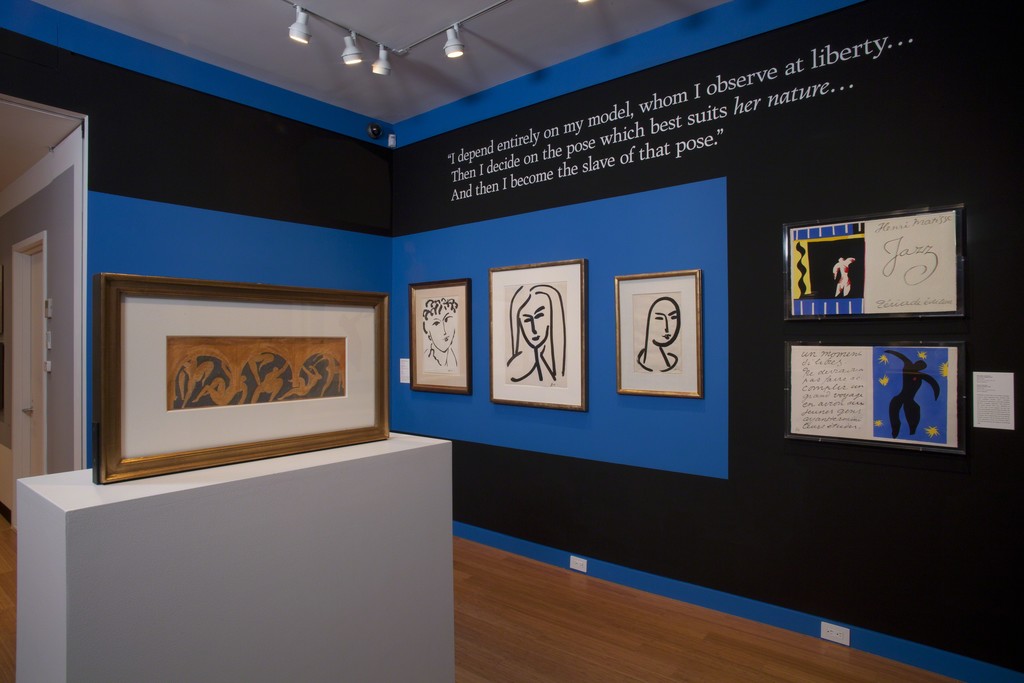 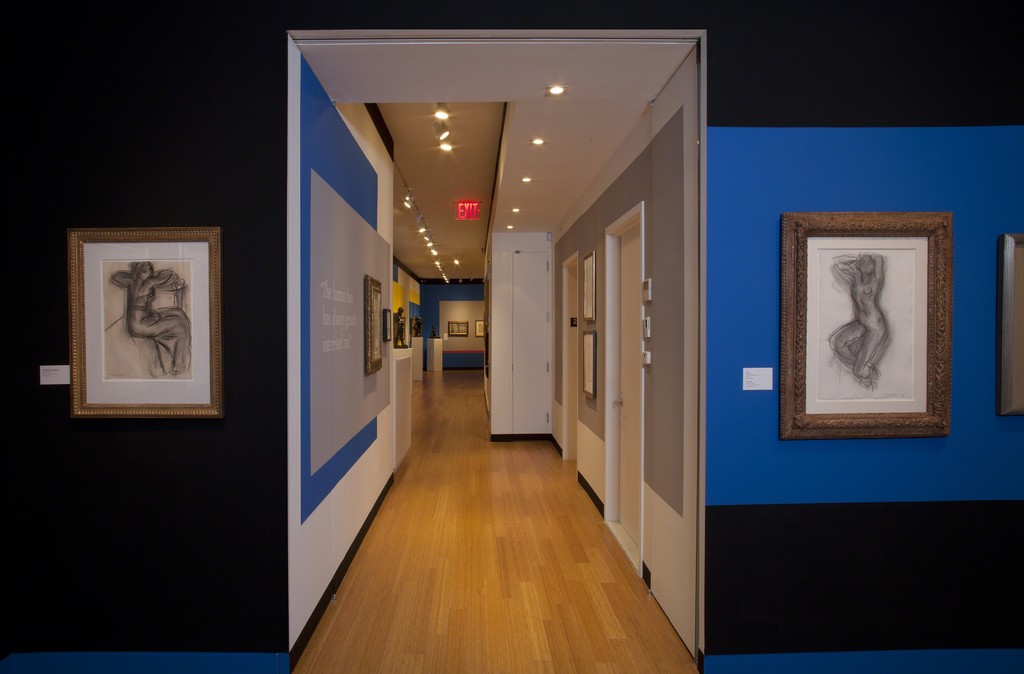 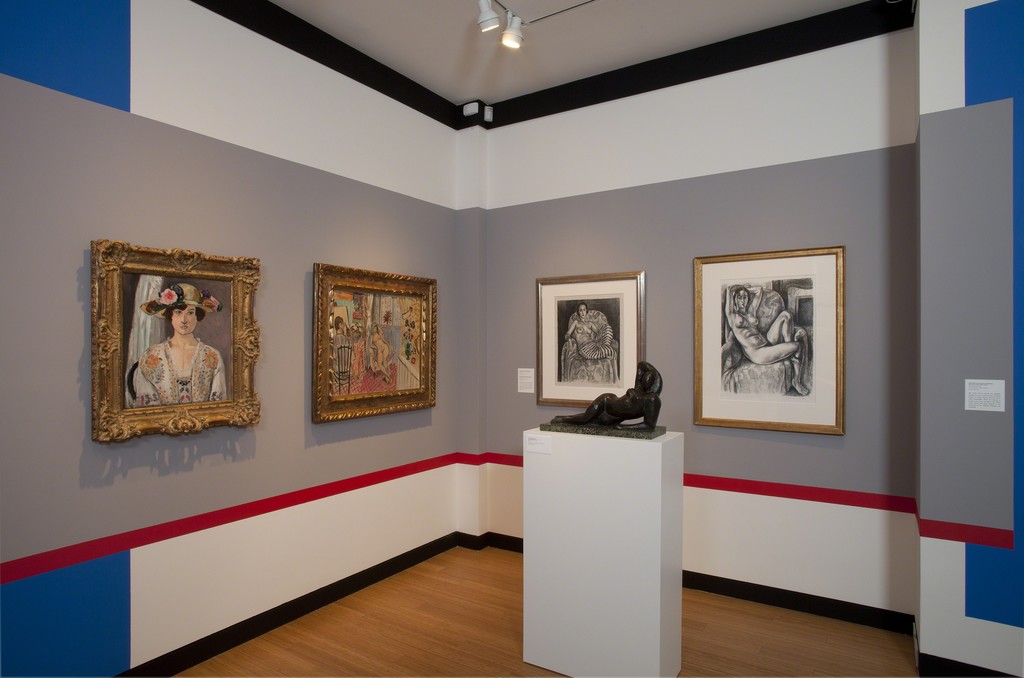 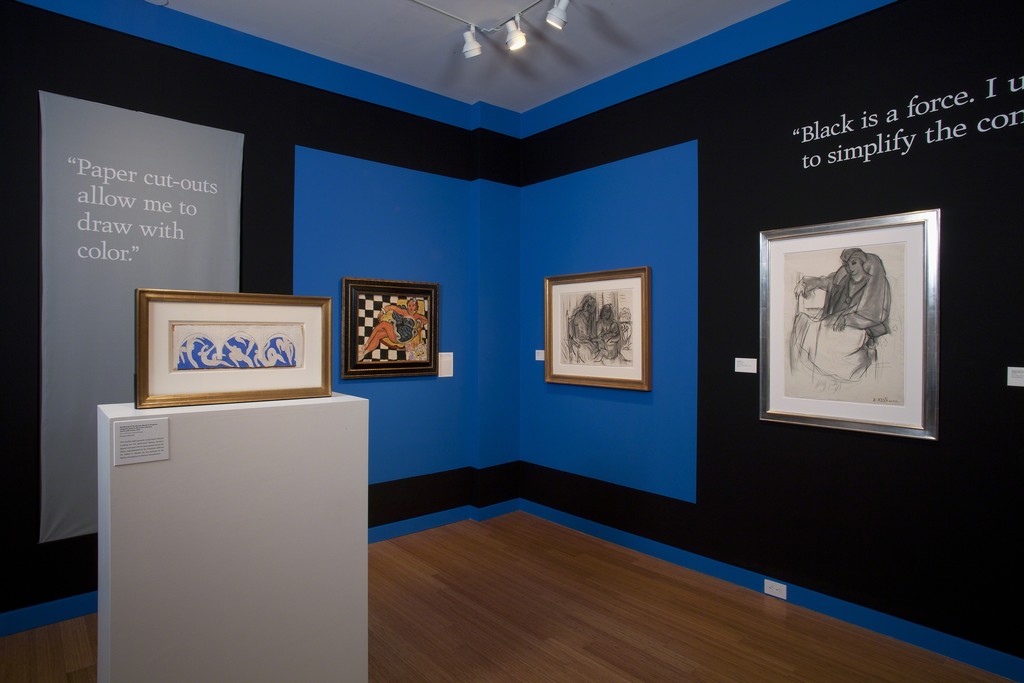 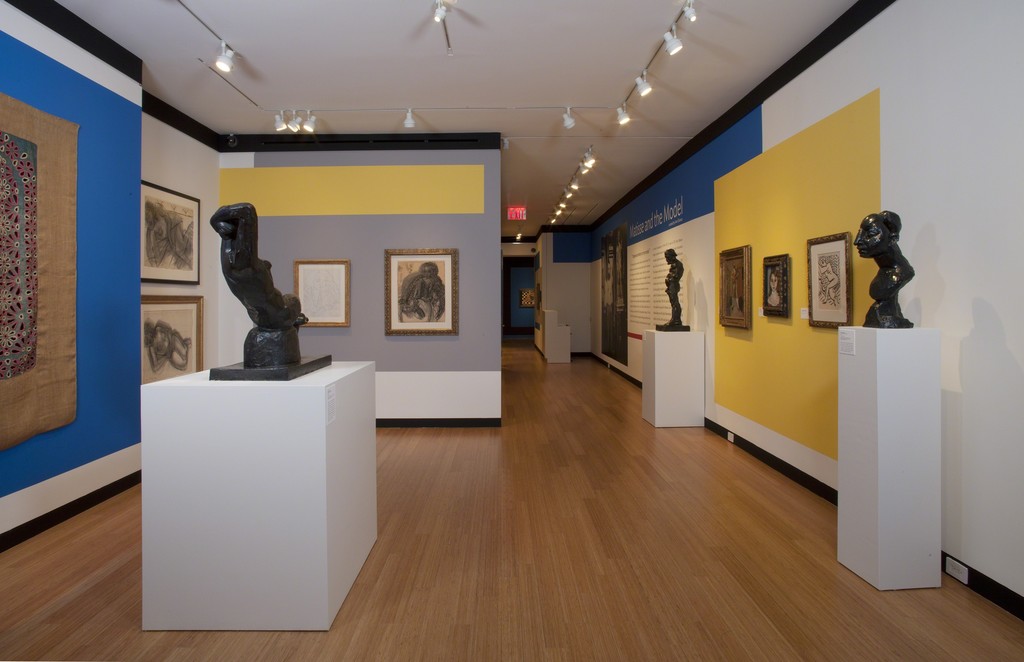 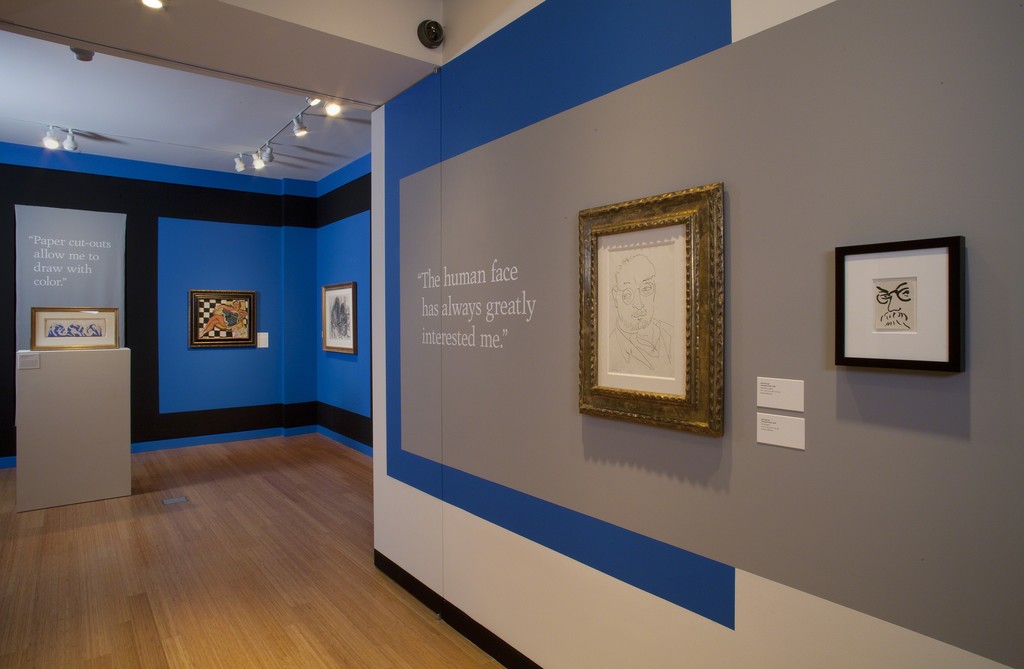 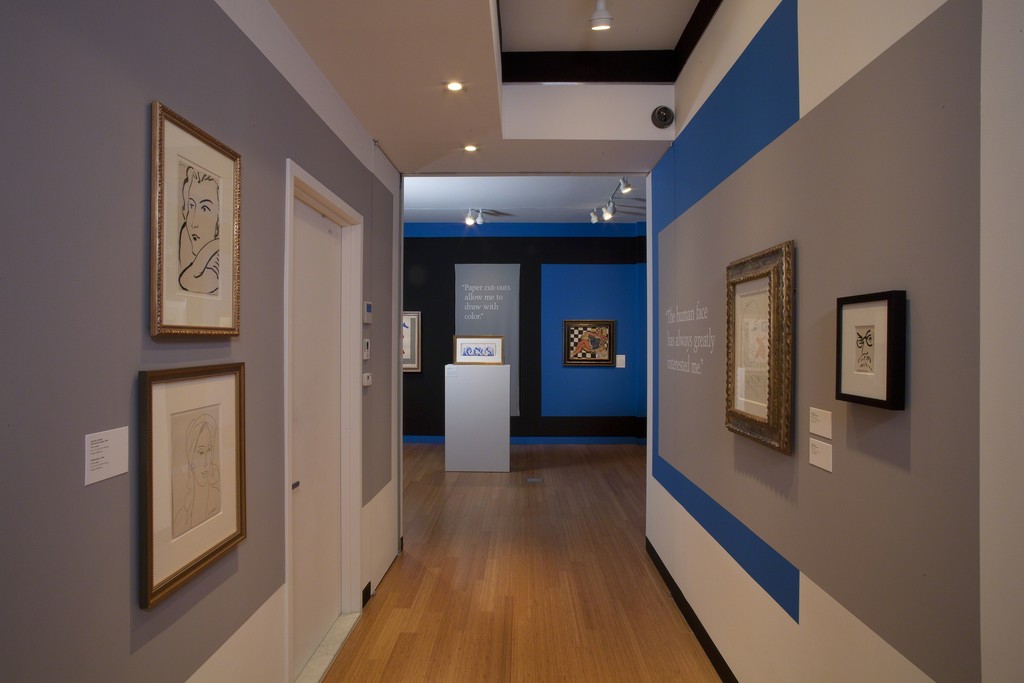 Eykyn Maclean presents “Matisse and the Model,” an in-depth survey of Henri Matisse’s unwavering commitment to the subject of the human figure throughout his career. The 46 works in the show present the primary models Matisse worked with from 1900 until his death in 1954 and represent the various media Matisse utilized over five-and-a-half decades – painting, sculpture, drawing, print and cut-outs. The scholarly, not-for-sale exhibition includes loans from major art institutions such as MoMA (New York), The Hirshhorn Museum and Sculpture Garden, (Washington D.C.), The Nasher Sculpture Center (Dallas), The Pierre and Tana Matisse Foundation, as well as private American and European collections.

The exhibition is curated by Ann Dumas, an authority in Impressionist, Post-Impressionist, and modern European art. A catalogue will accompany the exhibition, with a lead essay by Dumas that chronicles Matisse’s principal models and sheds new light on the artist’s working process and the pivotal role his models played in the development of his art. In addition, an essay in the catalogue by Matisse biographer Hilary Spurling presents new research on several of Matisse’s Italian models, whose identities and backgrounds have previously been uncertain.

As Matisse noted in 1939, he relied on his models to help him find expression for his shifting creative vision, and he looked upon them as partners in his work. Whether exploring the tensions between abstraction and figuration, fact and fantasy, other and self, his devotion to the human figure was a constant theme. An early sculpture presented here, "The Serf" (1900-1903) reflects the stubborn determination with which Matisse was facing life at a troubled time, and he found its embodiment in the Italian model Bevilacqua. But it was his meeting in 1916 with another Italian model, Laurette, that introduced the pattern that Matisse would follow throughout his career – an extensive period of work with one single model. Laurette would pose for almost fifty paintings over the following year, and her physical presence seems to have awakened in the artist a more sensuous, relaxed way of painting, evident in the three works in this exhibit.

Matisse’s next significant model, Antoinette Arnoud, was recruited in Nice in 1919. The 19-year-old Antoinette loved fashion, and slipped gracefully into the extravagant outfits and hats fabricated by the artist. Her style, combined with the light and warmth of Nice and the nearby influence of the aging painter Renoir, introduced into Matisse’s work a chromatic and decorative richness that was far from the somber tones of the war years.

Henriette Darricarrère, Matisse’s principle model during the 1920s, was a dancer and musician working in the Nice film industry. She easily inhabited the fantasy world Matisse created to explore the theme of the odalisque. Surrounded by props that Matisse acquired at flea markets – such as screens, mirrors, and all manner of textiles – and clad in exotic clothing such as tulle blouses and diaphanous pantaloons, his odalisques become part of an active pictorial field, in which each part of the canvas is equally expressive. The idea that the image and the background have the same value was, as Dumas notes in the catalogue, “of the greatest importance to him.”

At the same time as his work on the odalisques, Matisse became obsessed with Michelangelo’s famous sculpture Night from the Medici tomb in Florence. His studies of this monumental figure, coupled with his direct observation of Henriette’s athletic body, resulted in the most dynamic sculpture of his career, "Large Seated Nude" (1922-29), exhibited here with several outstanding lithographs in which Henriette’s form is rendered with the same monumentality and volume as the sculpture.

Of all the models he worked with throughout his career, his longest sustained relationship was with Lydia Delectorskaya, a Russian woman hired in 1932 whose duties grew to include companion and caretaker for Matisse’s ailing wife and ultimately his secretary and studio manager. She is featured in the exhibition as a nude reclining languorously on patterned fabrics in pen on paper, effortlessly stylish wearing extravagant dresses in expressively shaded charcoal drawings, and in fluid brush and ink renderings that capture her likeness in just a few bold strokes.

In 1941, Matisse became a semi-invalid following two surgeries to combat cancer, and often worked from his bed. But that did not prevent him from the extraordinary leap of creative originality that marked his final years. Working with scissors and sheets of pre-painted colored paper, Matisse continued his celebration of the human figure in his cut-outs. He began experimenting with this technique in the 1930s, as exemplified here in "The Dancer" (1938), in which brightly colored abstract shapes dance across the surface of the paper. His monumental book "Jazz" (1947) continues his abstraction of the human figure and the lyrical playfulness that characterize Matisse’s final decade.

As Dumas writes: “In a career spanning sixty years, it was through his continuous immersion in the model – his principal subject – that he ultimately found himself. ‘After a certain moment,’ he wrote of drawing the model, ‘ it is a kind of revelation, it is no longer me. I don’t know what I am doing, I am identified with my model.’”

Eykyn Maclean is a private gallery based in New York and London that specializes in museum quality Impressionist and 20th century European and American Art. Christopher Eykyn and Nicholas Maclean established the gallery in 2006 after a combined 29 years at Christie’s, where they were co-heads of the Impressionist and Modern Art department. “Matisse and the Model” is the second public exhibition organized by the gallery and follows the success of their the inaugural exhibition, “In Giacometti’s Studio – An Intimate Portrait,” which opened to critical acclaim last fall.