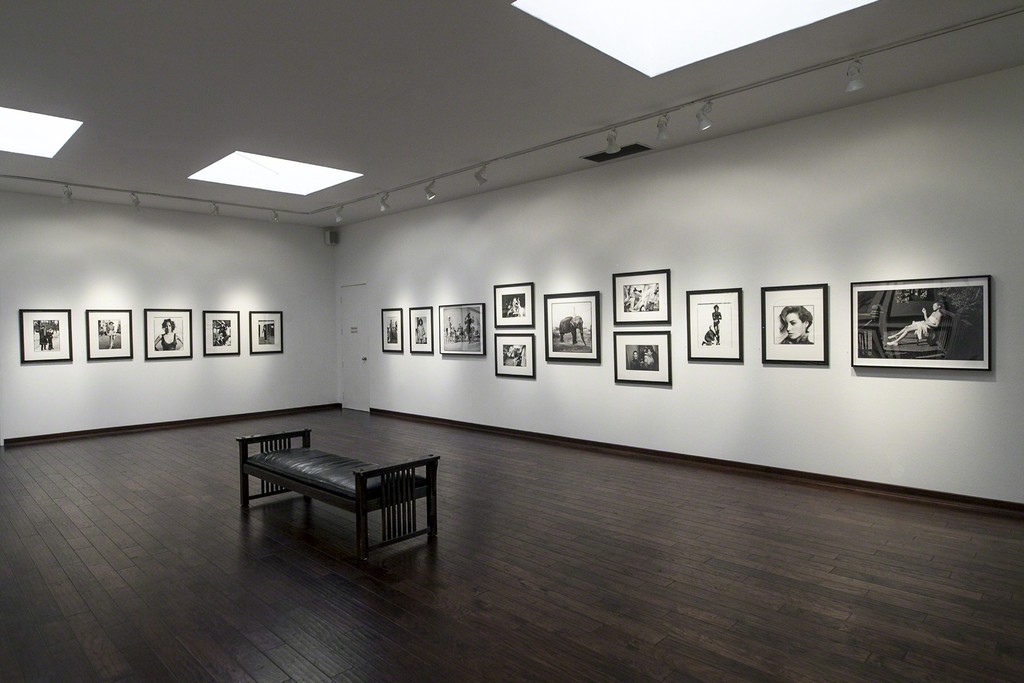 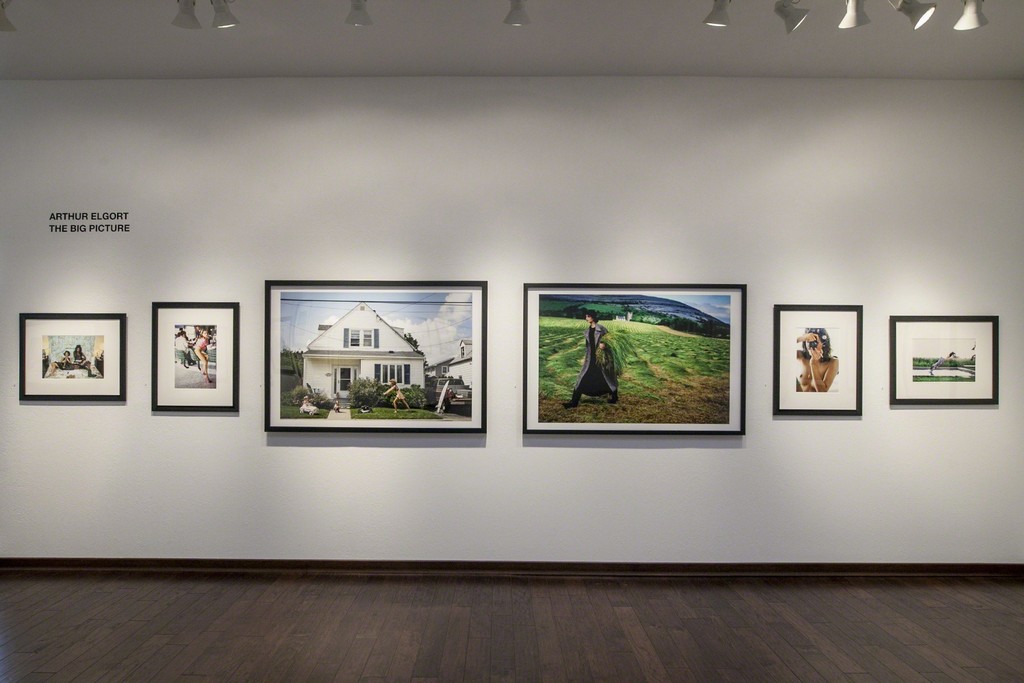 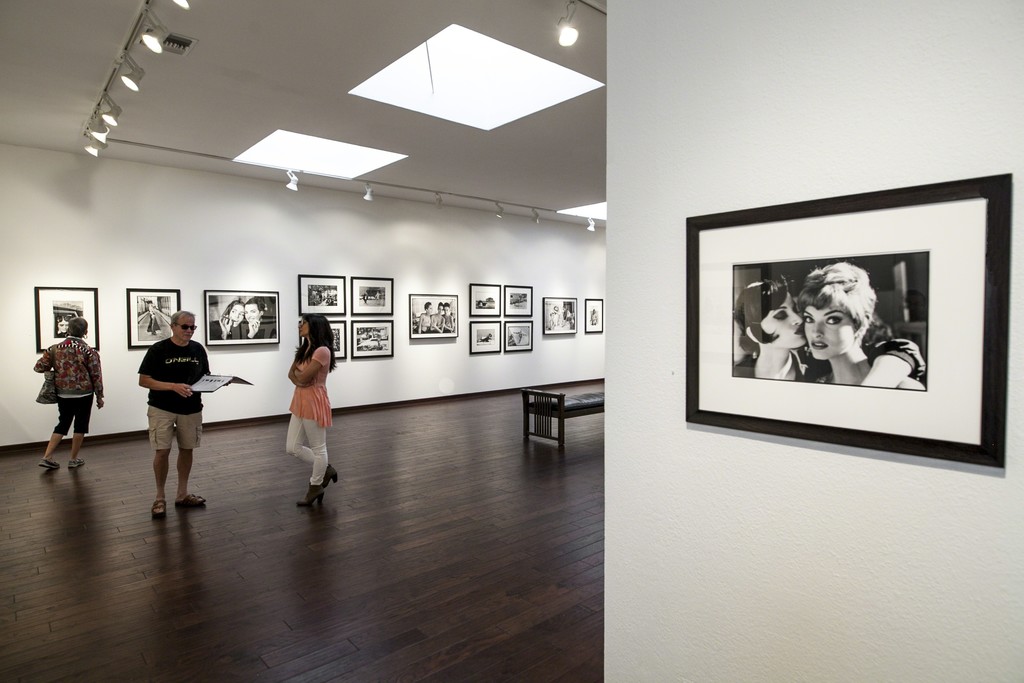 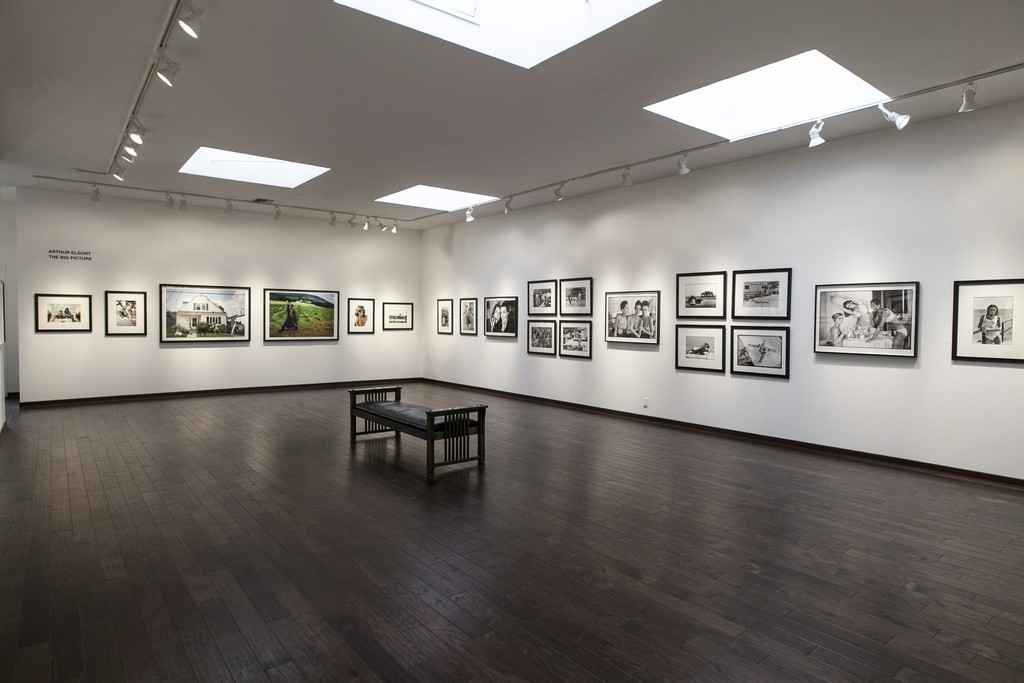 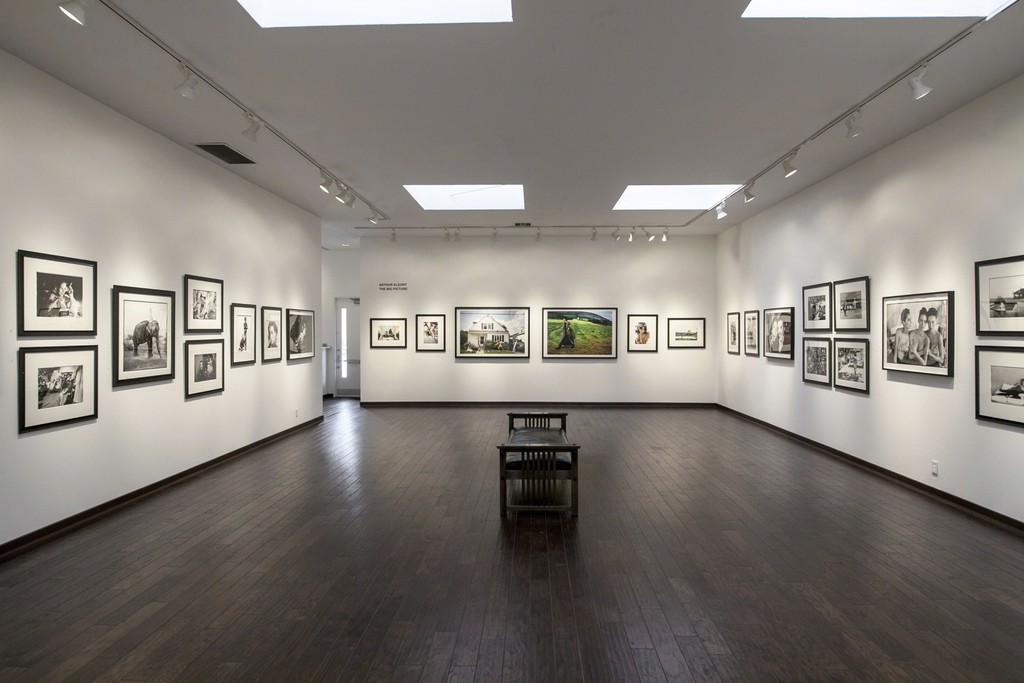 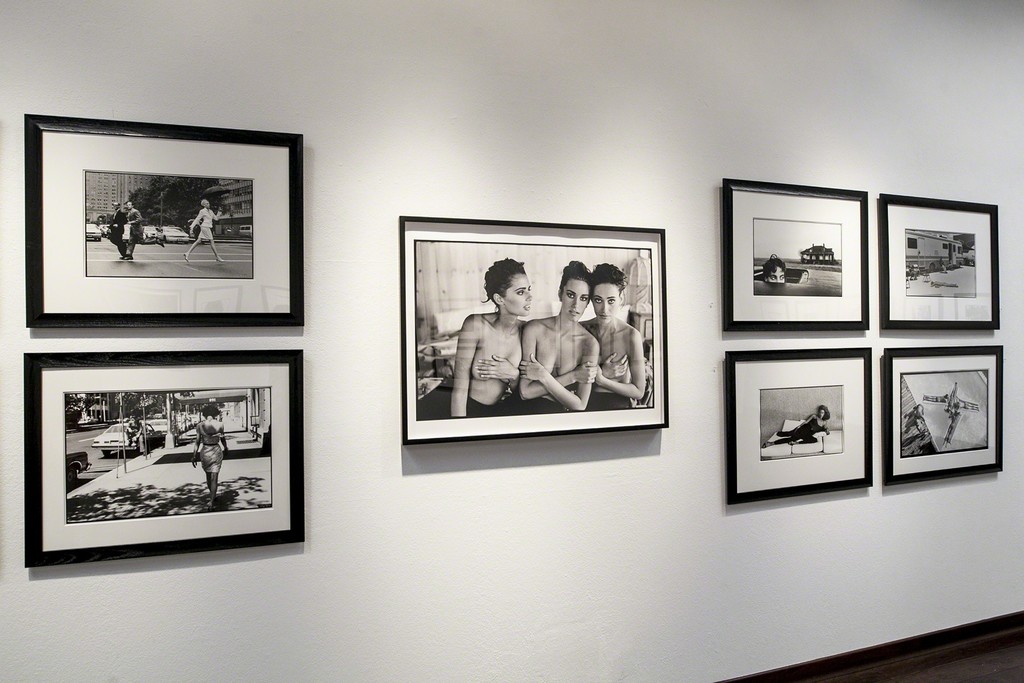 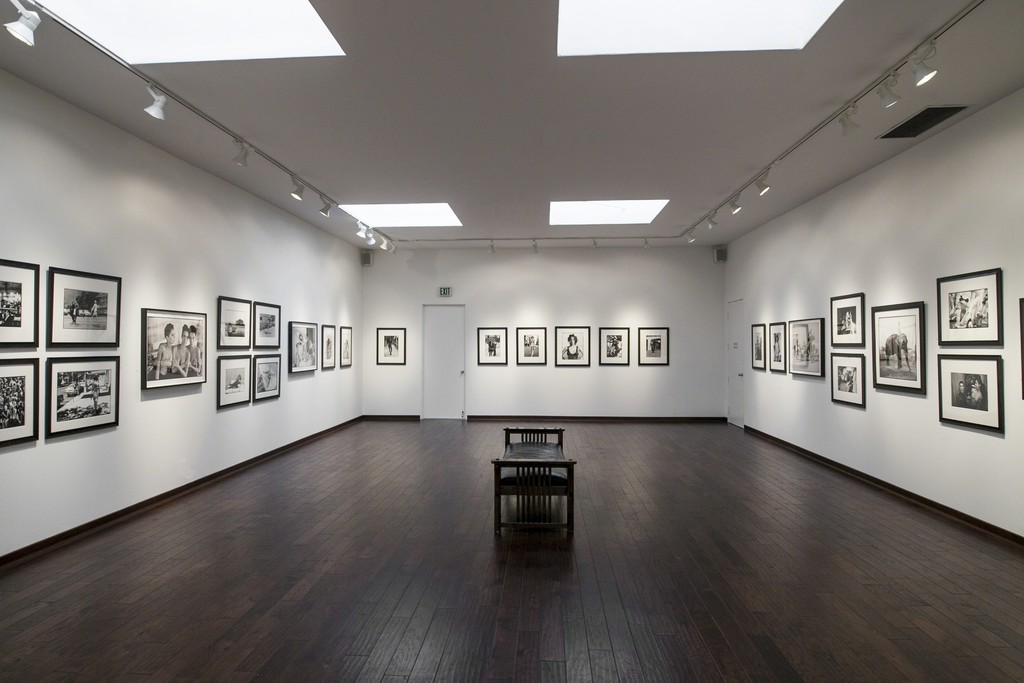 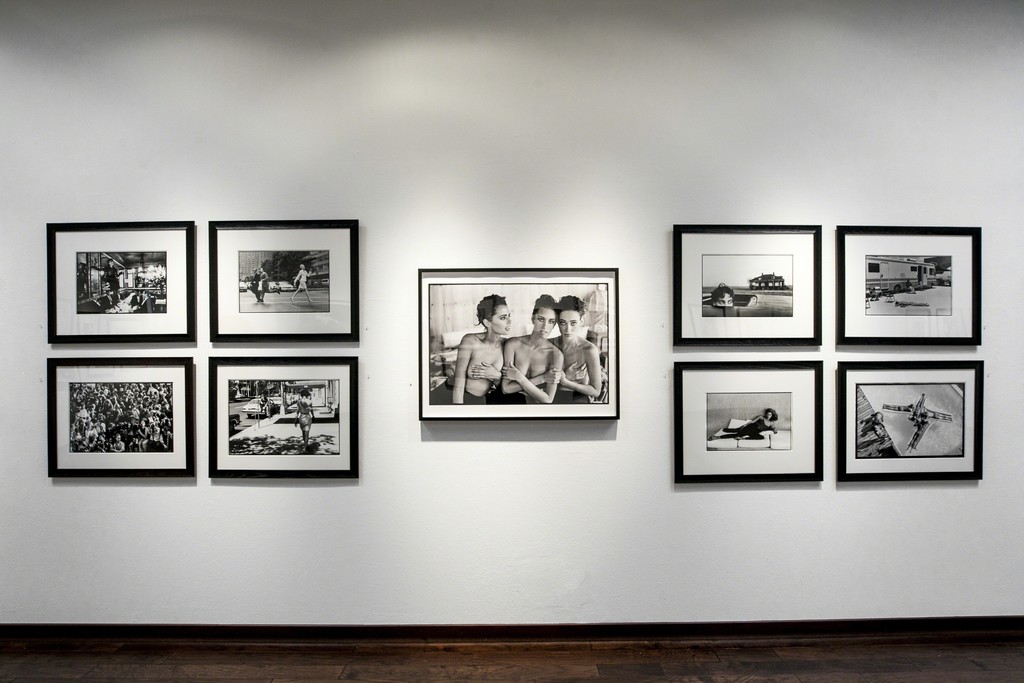 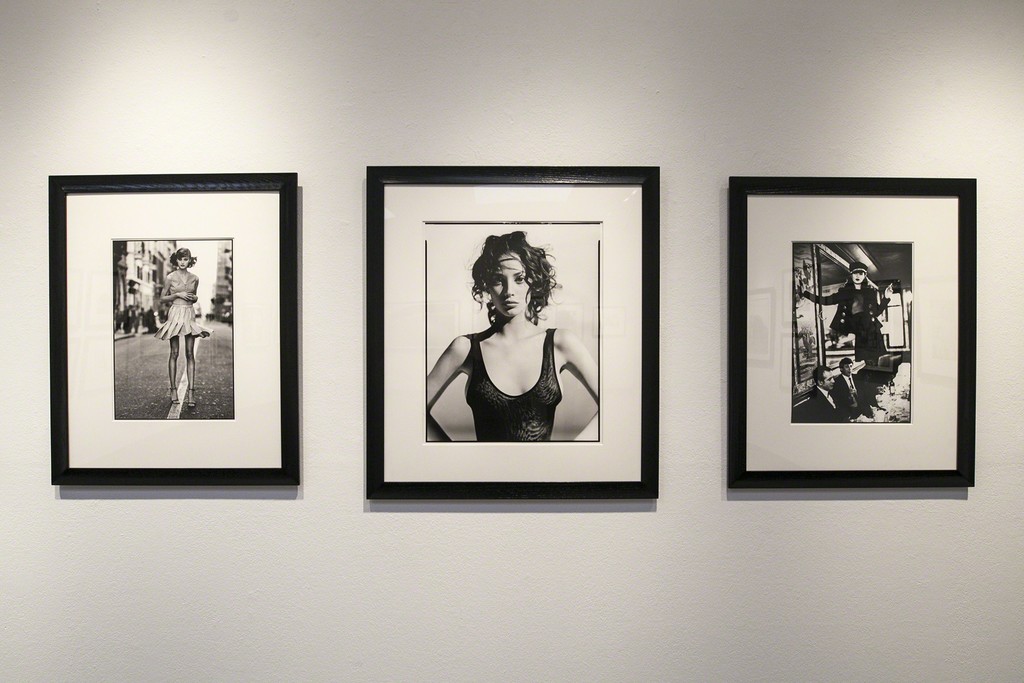 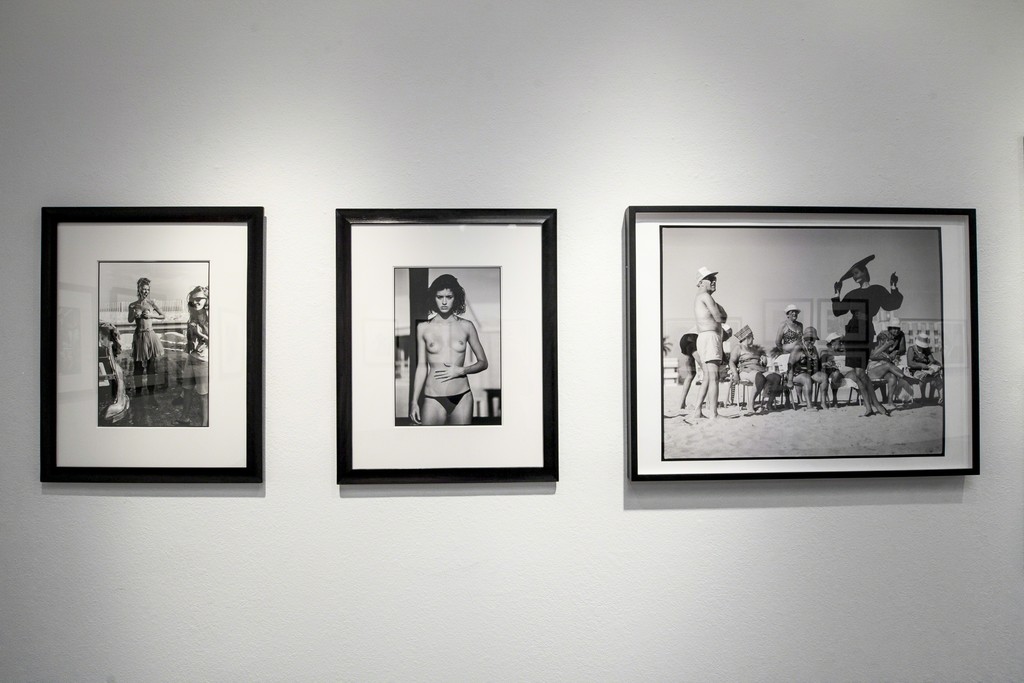 The Fahey/Klein Gallery is pleased to present, The Big Picture, an exhibition of work by Fashion photographer Arthur Elgort. The exhibition takes its title from Elgort’s recently published retrospective book, the largest published collection of Elgort’s celebrated Fashion images, street scenes, and portraits (Edition 7L, distributed by Steidl). Throughout Arthur Elgort’s career, spanning five decades, he has used natural light, movement, and outdoor settings to challenge the formal conventions that defined the genre of traditional Fashion photography. Elgort’s iconic photographs often invite the viewer to question if his images are personal projects or commissioned work, static or in motion, composed or candid shots.
Much like photographers Martin Munkacsi and Richard Avedon before him, Arthur Elgort found inspiration working out of the studio— both in the city streets and in natural settings such as the countryside of upstate New York. Realizing that movement, humor, and natural light are all a part of the genuine photographic experience, Elgort took his models out into the world employing improvisation as a catalyst for the creative accidents to happen. As Elgort states in the Introduction to The Big Picture, “When my career was just beginning, I noticed that most of the magazines had plenty of studio photographers – All I saw were models standing still. So I decided to do something else. I took my models out on the streets of New York, Paris, or wherever I was, and the magazines liked it. It felt different.”
Some of Elgort’s most recognizable photographs— candid shots of Fashion greats Linda Evangelista, Christy Turlington, Naomi Campbell, Kate Moss, and Karlie Kloss— were taken when Elgort was not “working”, moments in between shoots, models getting ready behind the scenes, or unwinding after hours. It is Elgort’s photojournalist style of capturing these spontaneous, authentic moments that make his images so effortless, genuinely reflecting the periods he documented with an honesty allowing Elgort’s images to become more and more iconic as time passes.
“I’ve always liked the immediacy of photography. Either you get the shot or you don’t. What most people don’t know is that I was a painter before I became a photographer. But for me painting was a lonely art, there was no one for me to talk to, my fingernails were always dirty, and it took far too long to get a finished product. With photography I could take some pictures have some fun, and move on to the next subject with no fuss. It was all much more my style.” Arthur Elgort, The Big Picture, Edition 7L, 2014.
Born in Brooklyn, Arthur studied painting at Hunter College. Elgort’s candid images became synonymous with some of the world’s top fashion magazines and brands. His work has appeared in French Vogue, Italian Vogue, English Vogue, Vogue, Glamour, GQ, Rolling Stone among other publications. His advertising campaigns with Chanel, Valentino and Yves Saint Laurent have helped to create icons of the modeling industry. Arthur Elgort’s work is part of the permanent collections of the International Center of Photography, in New York, the Victoria and Albert Museum, London and in the Museum of Fine Arts, Houston.