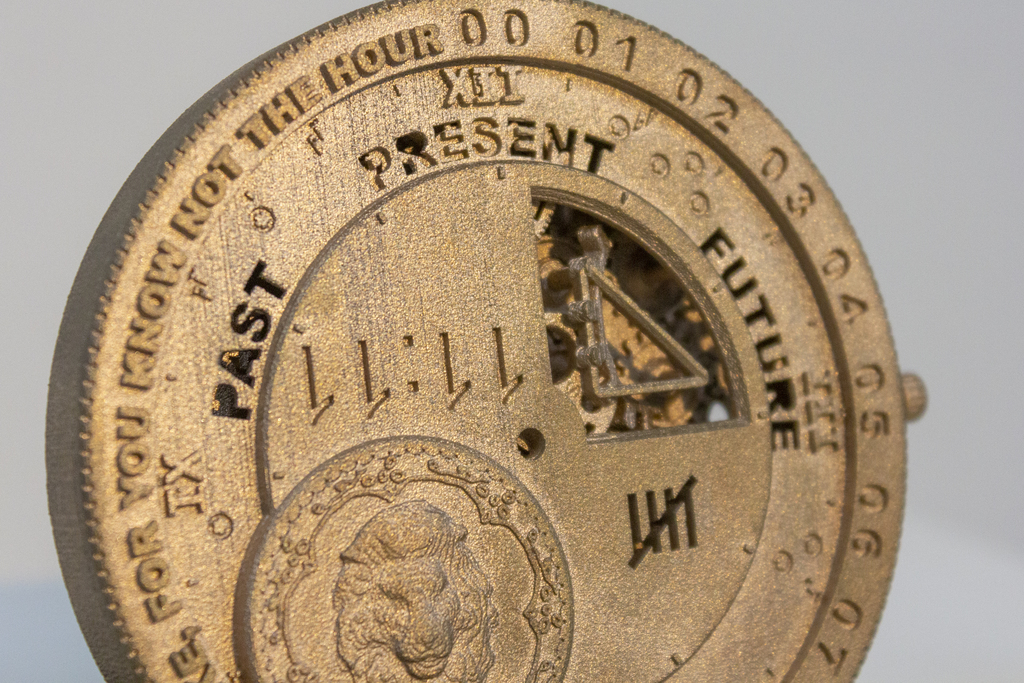 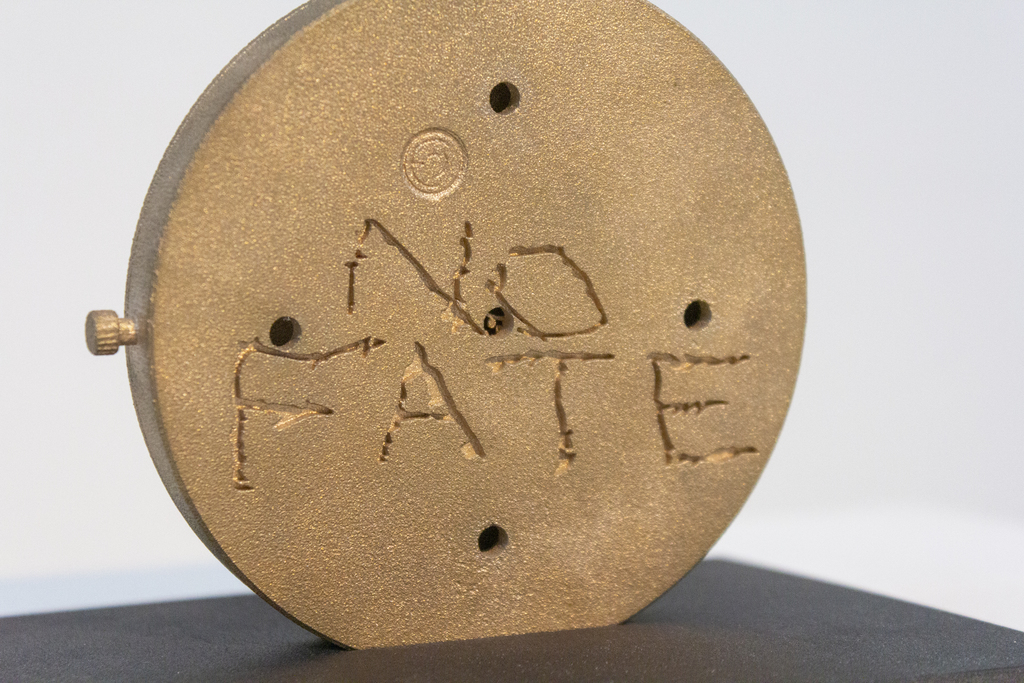 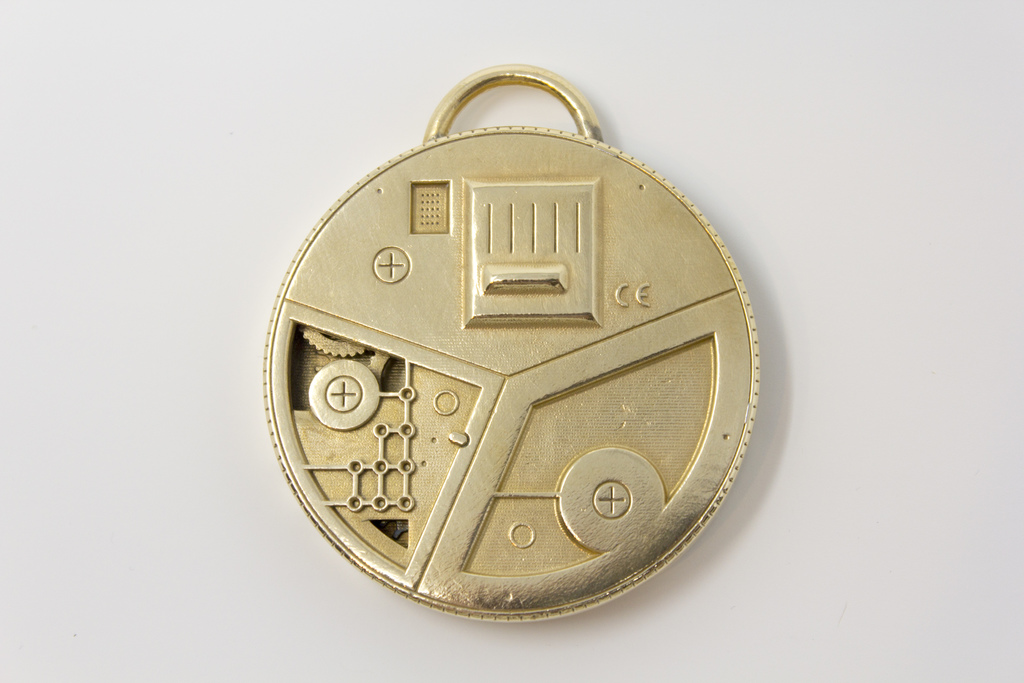 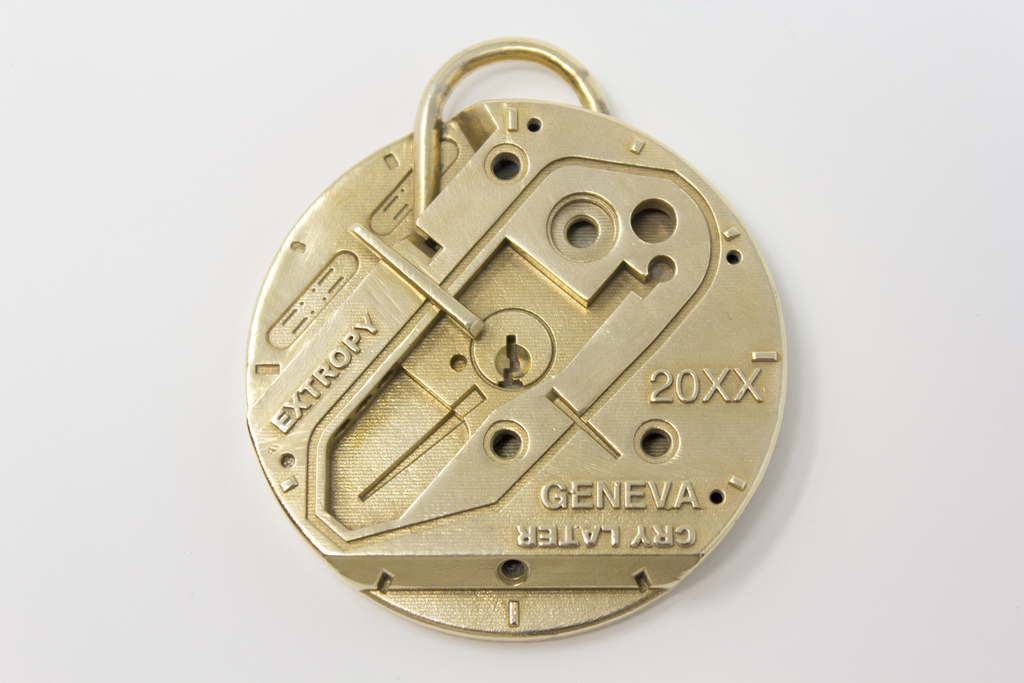 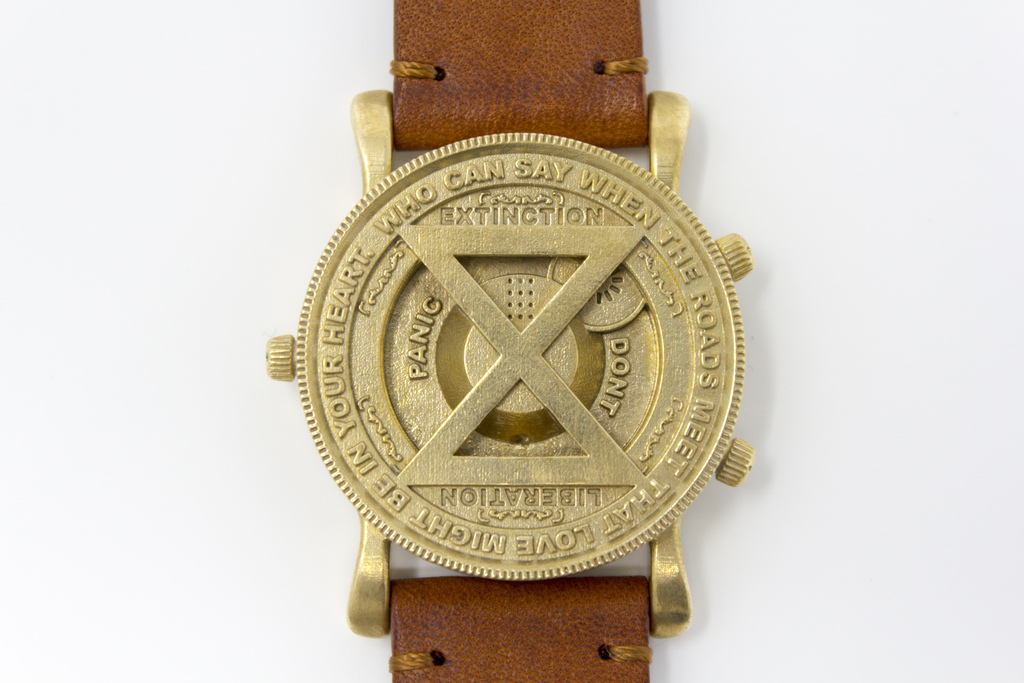 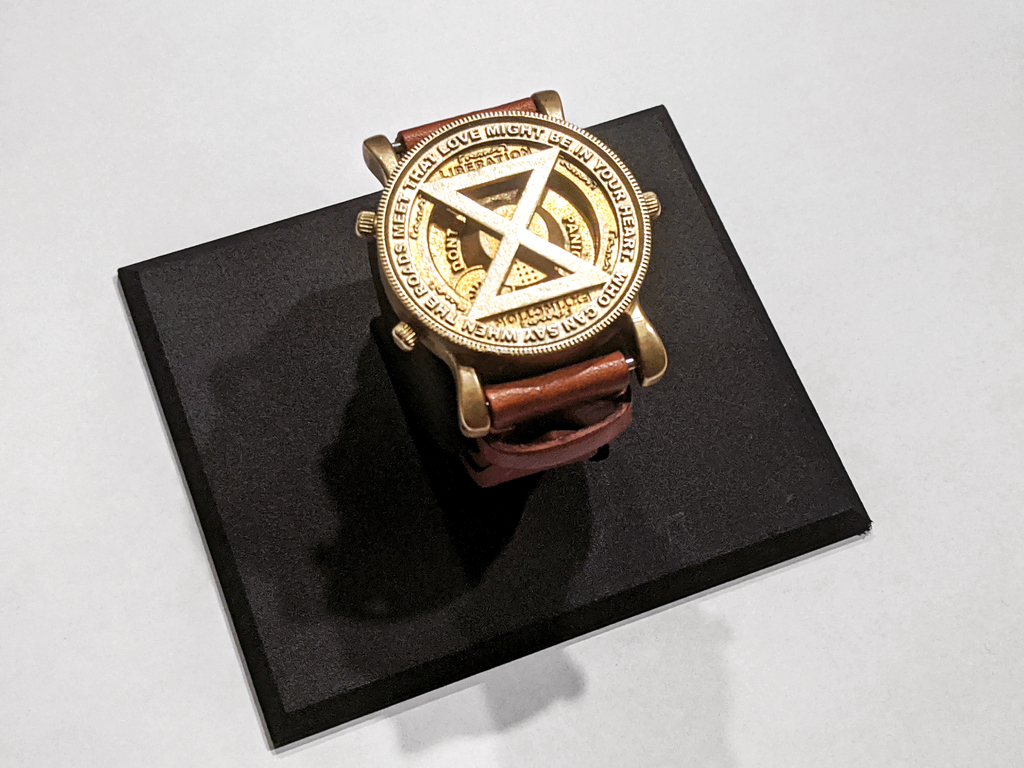 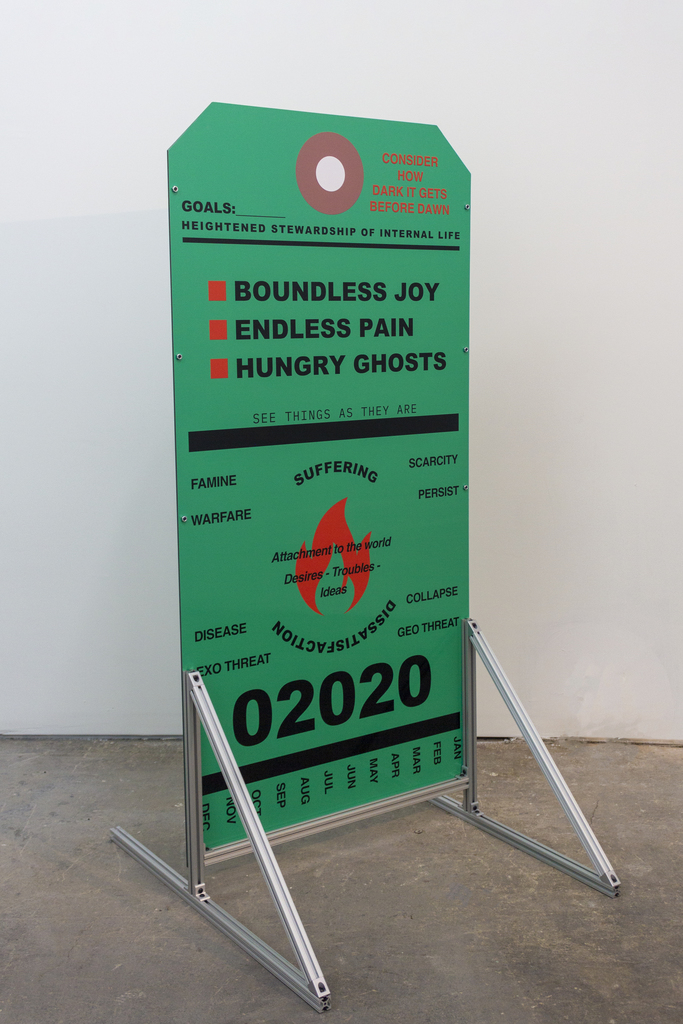 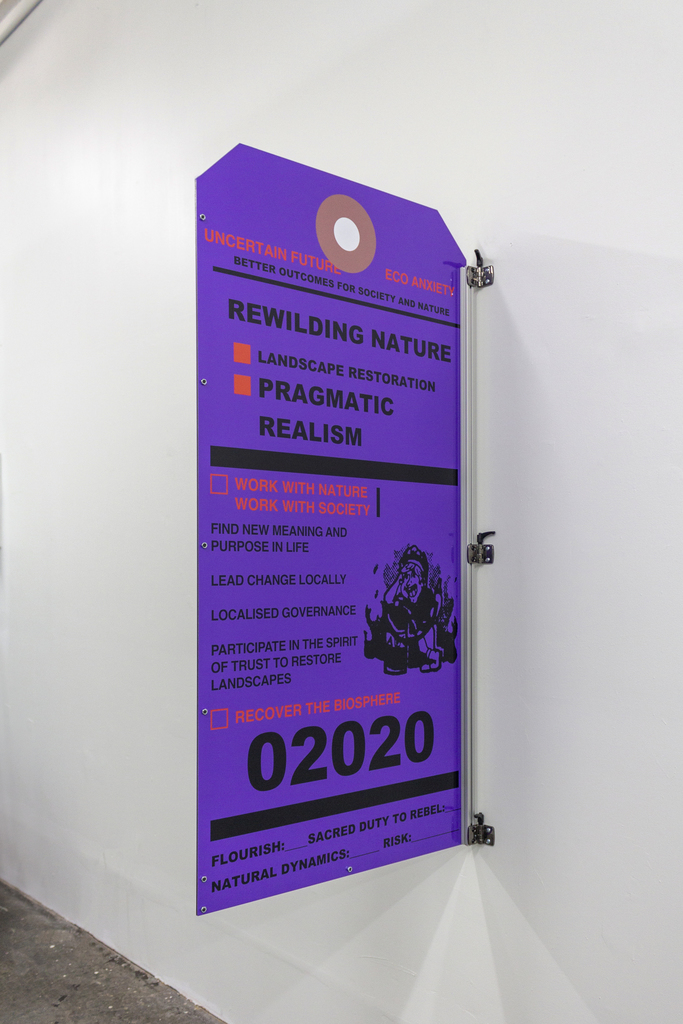 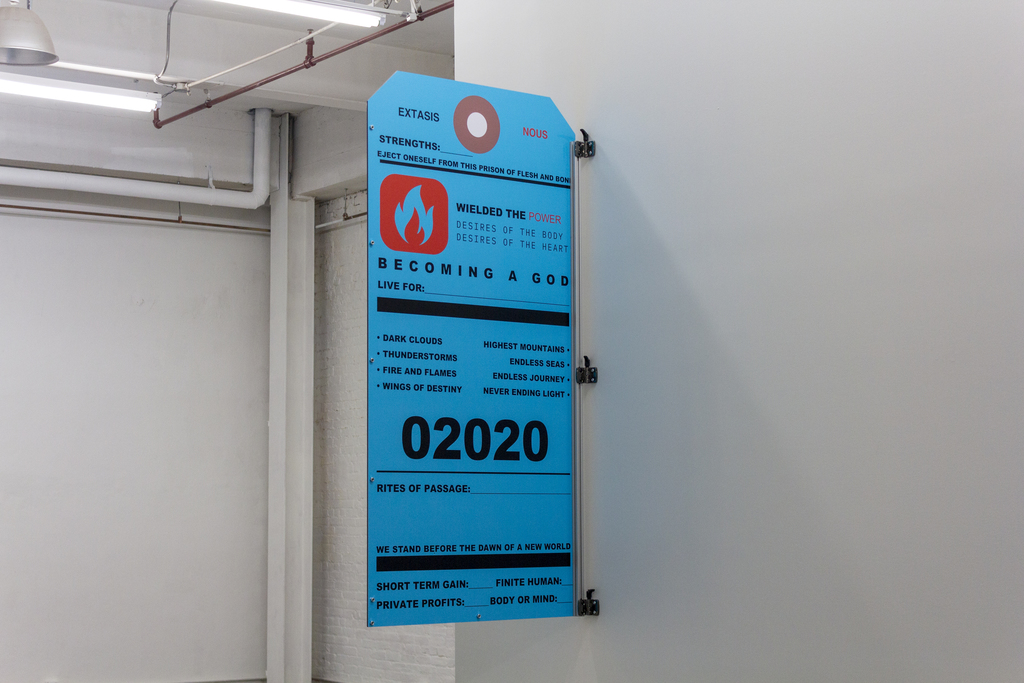 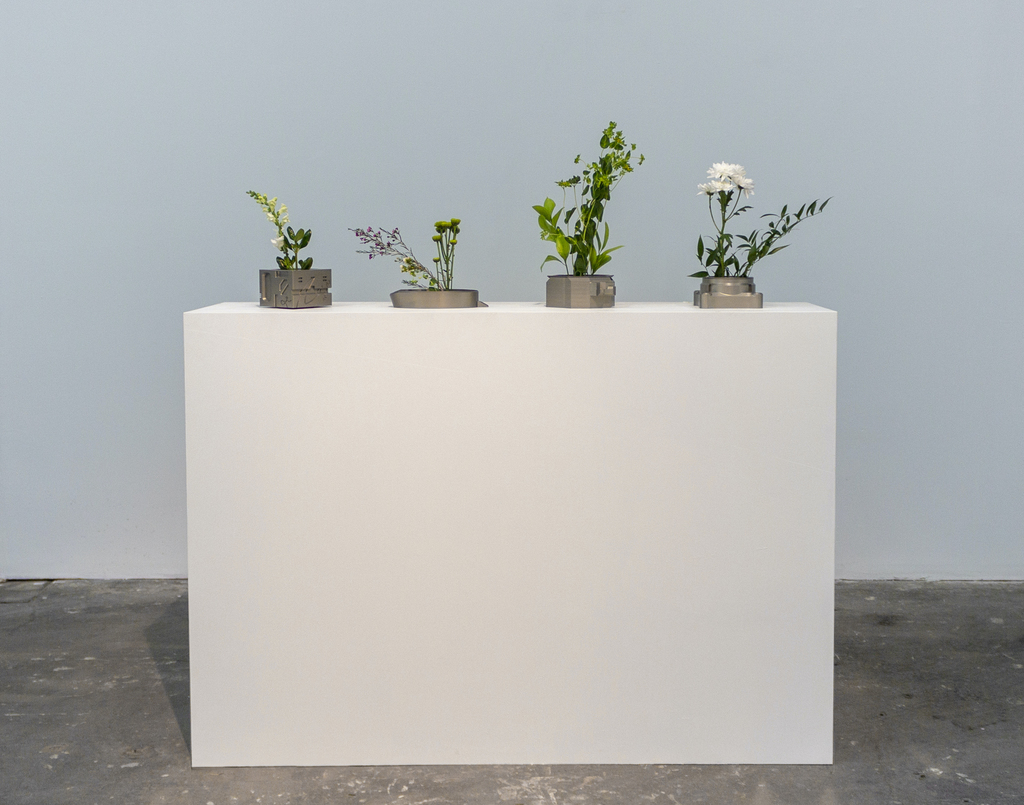 False Flag is proud to present Future Tense – an exhibition of recent work by Sterling Crispin.

Crispin runs up against the edge of humanity – or at least humanity as we presently perceive it. His creations mine the artifacts and reconfigured detritus of larger technological systems. Some already exist, while others are likely to exist in the near future: emotional robotics, computational engineering, behemoth venture-capital firms​, and server farms.

Future Tense considers humanity's collective, unclear conclusion, portraying an apocalypse that never seems to arrive. We have birthed both technological miracles and existential threats: alongside the Green Revolution and the Information Age have come climate change and runaway inequality. Crispin’s work embodies this paradox of technological advancement – which simultaneously enables both improvement and destruction.

Encompassing a remarkable aesthetic and technical range, the exhibition co-opts the aesthetics of Silicon Valley: overwhelming infographics, branded identities, slick logos. Crispin undermines and explodes this visual language with a transhumanist mysticism drawn from global cultural reference points. The clock is ticking down. Metaphors of time and progress recur throughout: from 3D-printed candelabras to a wristwatch that only tells us not to panic. (Always relevant.) A series of modified fire hydrants and safety labels augur an unresolved future that is simultaneously utopian and dystopian: Boundless Joy, Endless Pain, Hungry Ghosts.

Far from hopeless, these works are ecstatic. Or perhaps they’re in a place beyond hope, inhabiting a state of only speed and collision as humanity either dies off or transcends itself. If we are to endure, we need more than just technology: our survival demands a new vocabulary, one towards which Crispin moves.
​
The exhibition is on view from January 25 through March 23, 2020. An opening reception will be held on Saturday, January 25 at 3pm.

Sterling Crispin (b. 1985, Maui, Hawaii) lives and works in California. Unlike most artists grappling with similar subject matter, Crispin allows for reverence of technology itself: glimpses of uncanny beauty appear amongst each work’s sinister composition. In Crispin's words: "Technology is an extension of humanity, an embodiment of the human spirit, rather than an external force that we must mitigate. This distributed life-form, pulsing on the surface of the earth, has its own agency & agenda. I'm interested in creating new dialogues, signs, & symbols which challenge existing, contradictory narratives about the future & their consequences for the present."
Crispin received his Master of Fine Arts & Master of Science in Multimedia Engineering from the University of California Santa Barbara. His work has been exhibited in museums & galleries worldwide & has been published in Frieze, Wired, BOMB, Rhizome, Creators Project, Fast Company, Der Spiegel, Der Blaue Reiter, Y-Combinator's Hacker News, & the Post Internet Survival Guide. Lectures include Stanford, NYU ITP, LACMA Art + Technology Lab, SFAQ, YouTube LA, & UCLA Art Sci Center.