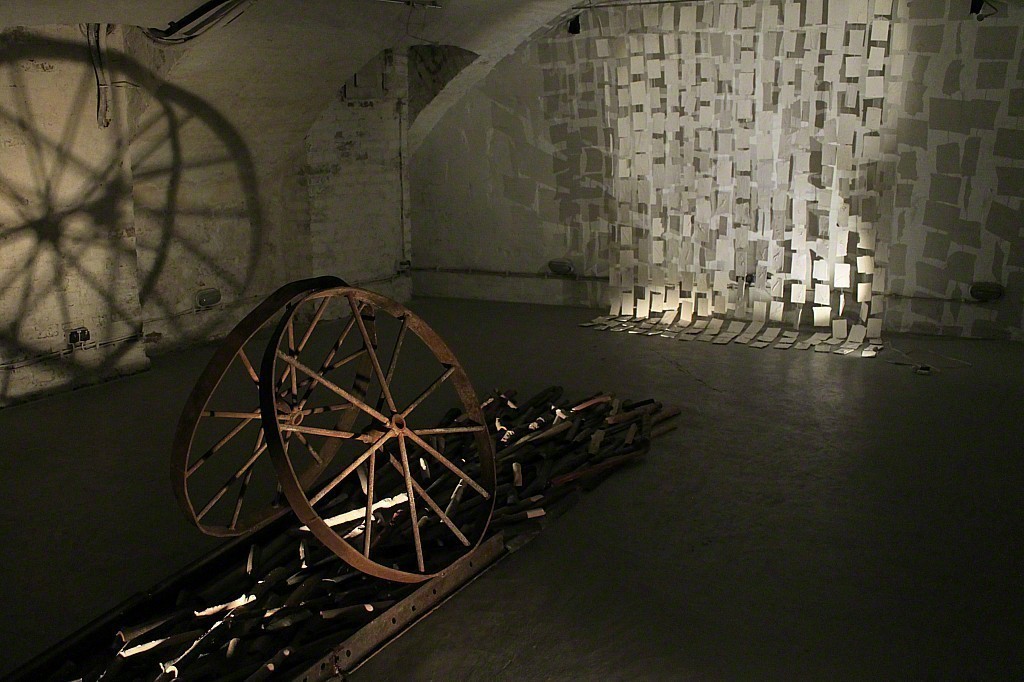 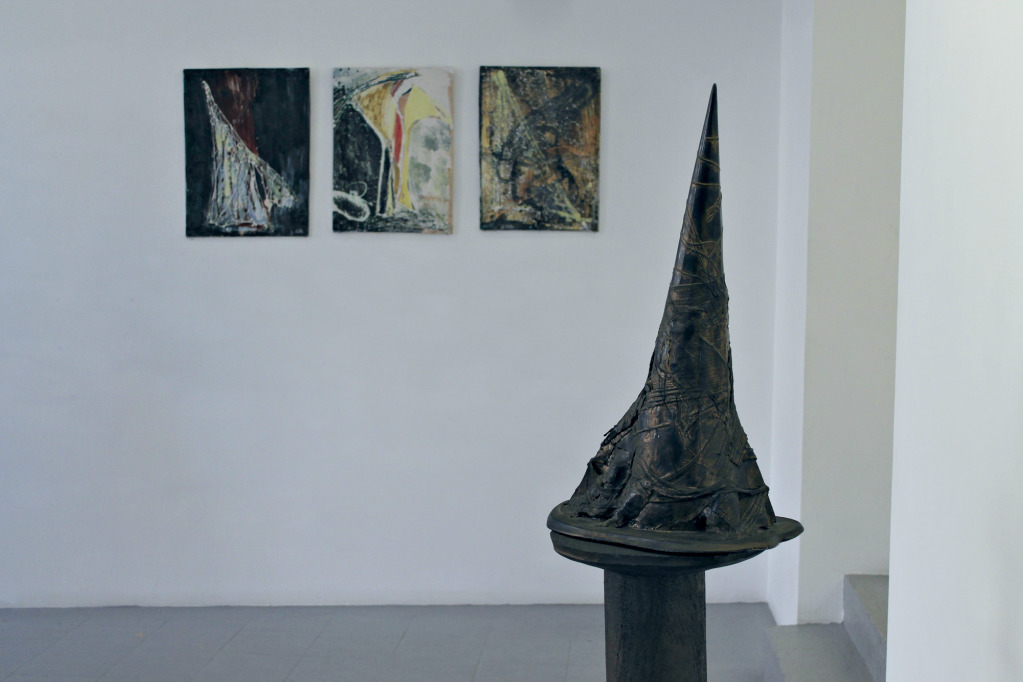 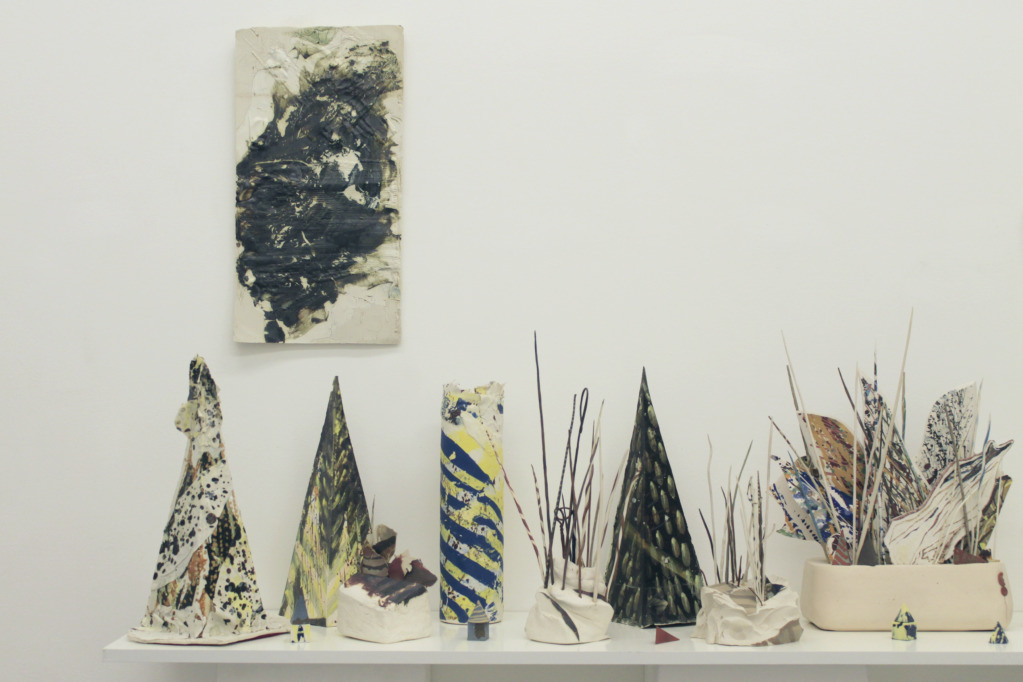 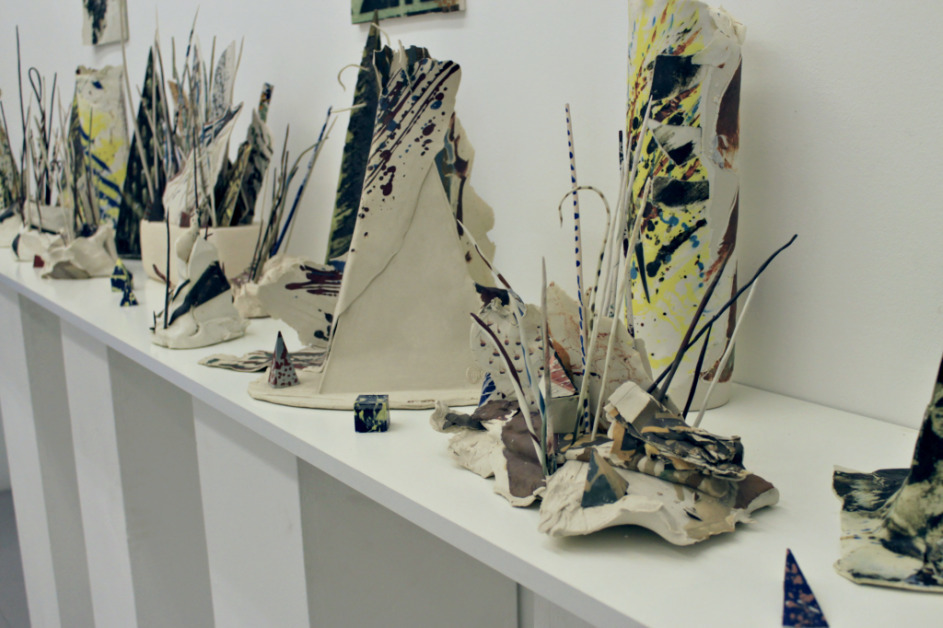 G. Heller Zsuzsa | CONTRASTS
A selection of works from the past 35 years

Faur Zsófi Gallery is presenting a selection of works by ceramist - sculptor Zsuzsa G. Heller in her solo exhibition ’Contrasts’. The exhibition follows her four main periods, featuring the prevailing themes in her career in a selection encompassing the last 35 years, from the 1980s to the present.

Zsuzsa G. Heller started working with porcelain plastics in the 1980s, using a unique collage technique. Contrasts already appeared in her early works through the combination of geometric forms and organic details. She took a step towards sculpture in the 1990s when she started combining porcelain with pyrogranit, thus creating a new plastic quality. What may appear to be a merely formal turn was in fact a milestone in G. Heller’s career, directing her towards a non-figurative path in sculpting. This move inspired her to choose the Tower of Babel as a theme, which has always been a symbol of escapism and the desire to reach towards the sky. In her works, the differences in spiritual and technical aspects convey the sense of contrast that reduces all human expressions to the same level (Urban Babel, Dawn Babel, Golden Babel, Midnight Babel etc.).

At the start of the 21st century, installation works also appeared in G. Heller’s oeuvre. The installation ’Lifeline - In Memory of the Deceased,’ shown in the basement space, reflects on the circulation of life and death, animating the irreconciliable opposition of birth and death with the combination of porcelain, iron, pyrogranit and videofilm. The series ’Dimensions’ is the most recent work in the show, reflecting the past 35 years of G. Heller’s practice.
The unique pieces that brought great recognition for G. Heller at several international exhibitions are once again on view for the Hungarian audience and available for collectors.