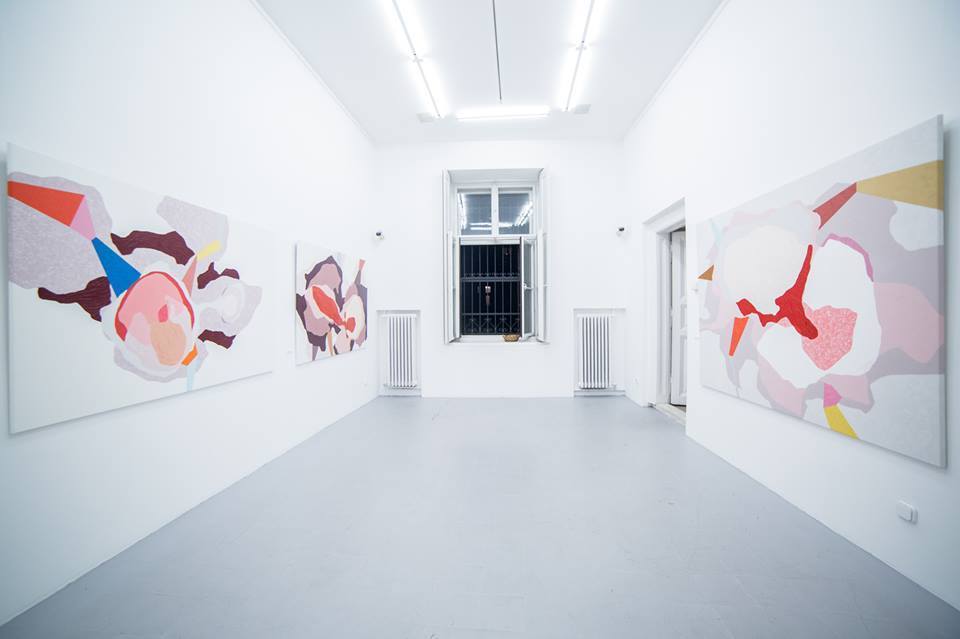 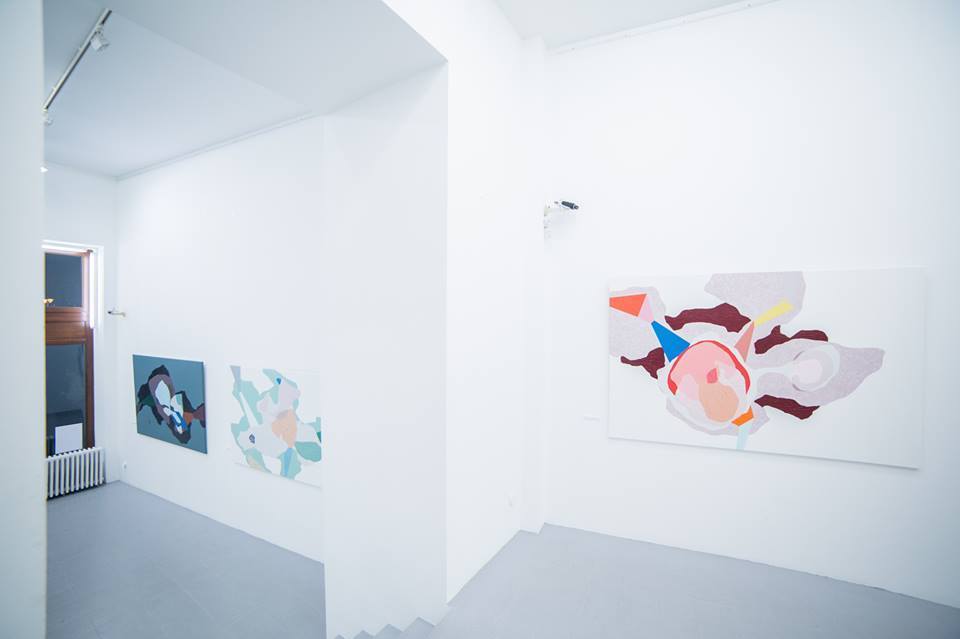 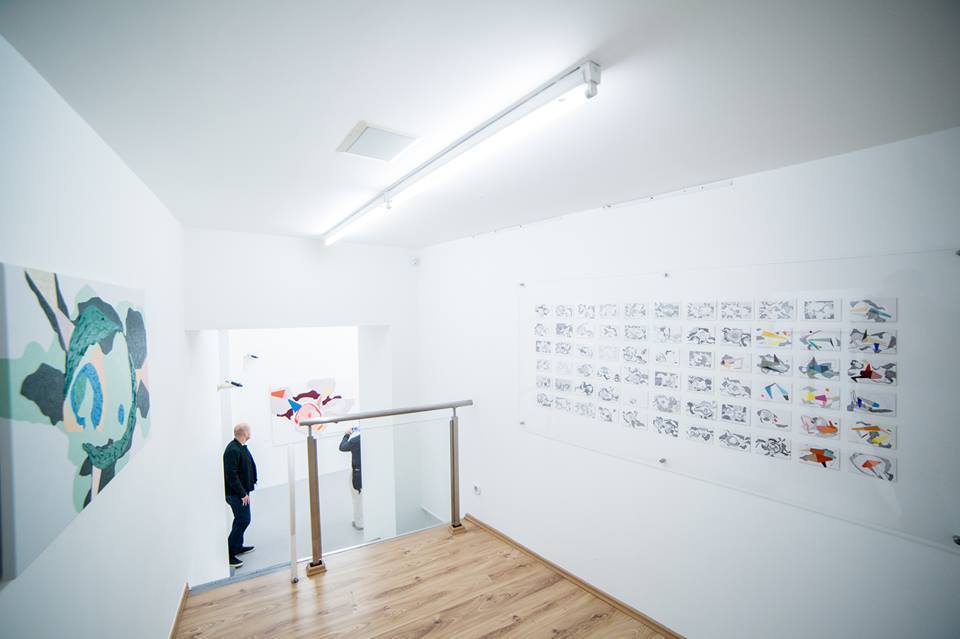 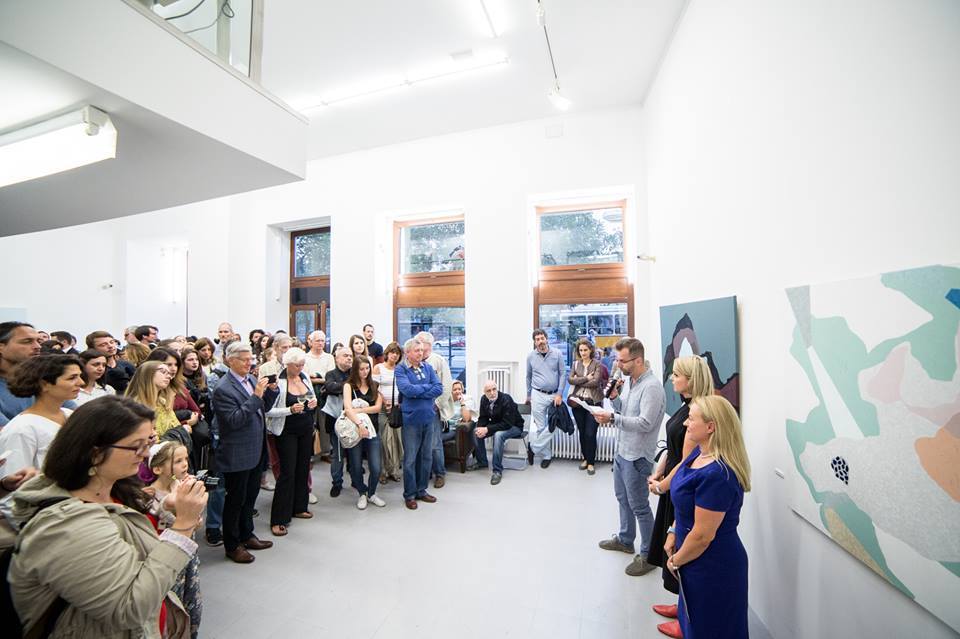 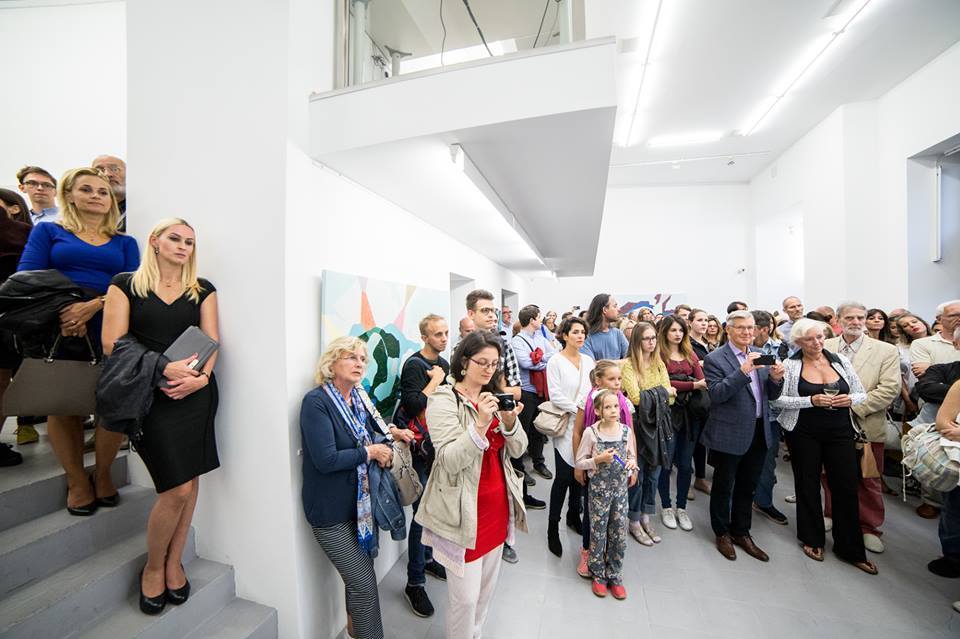 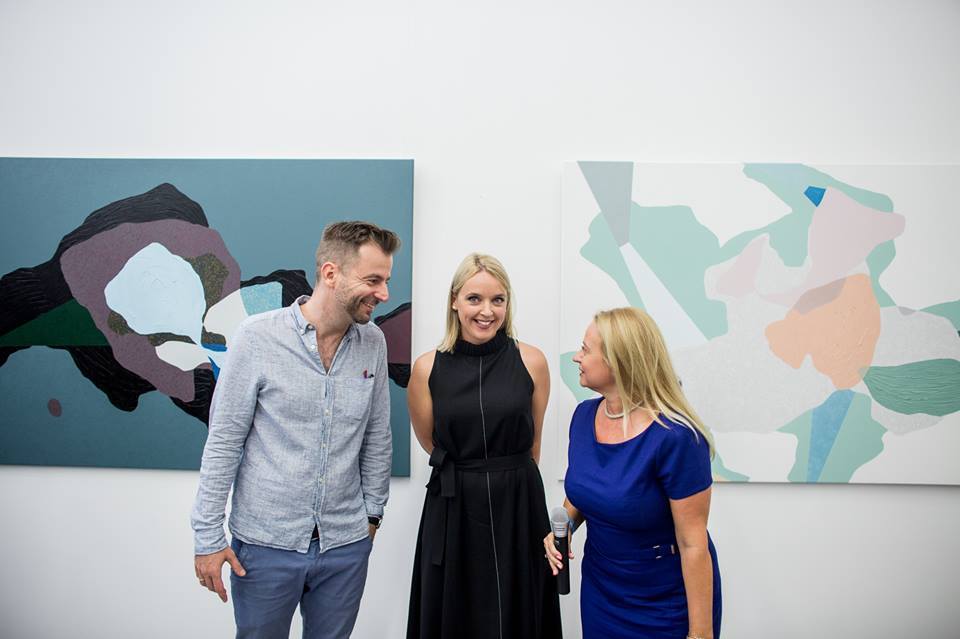 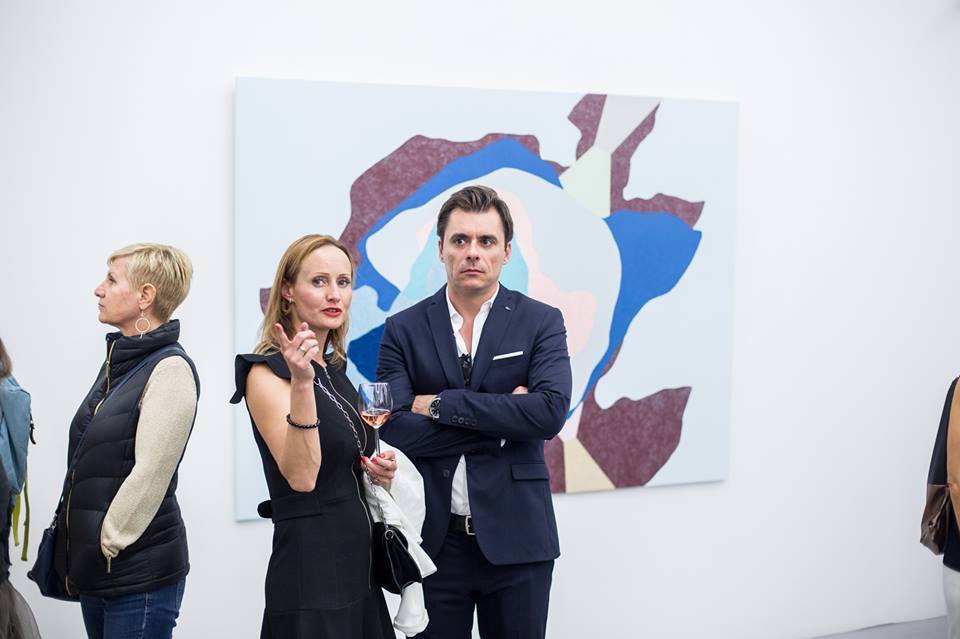 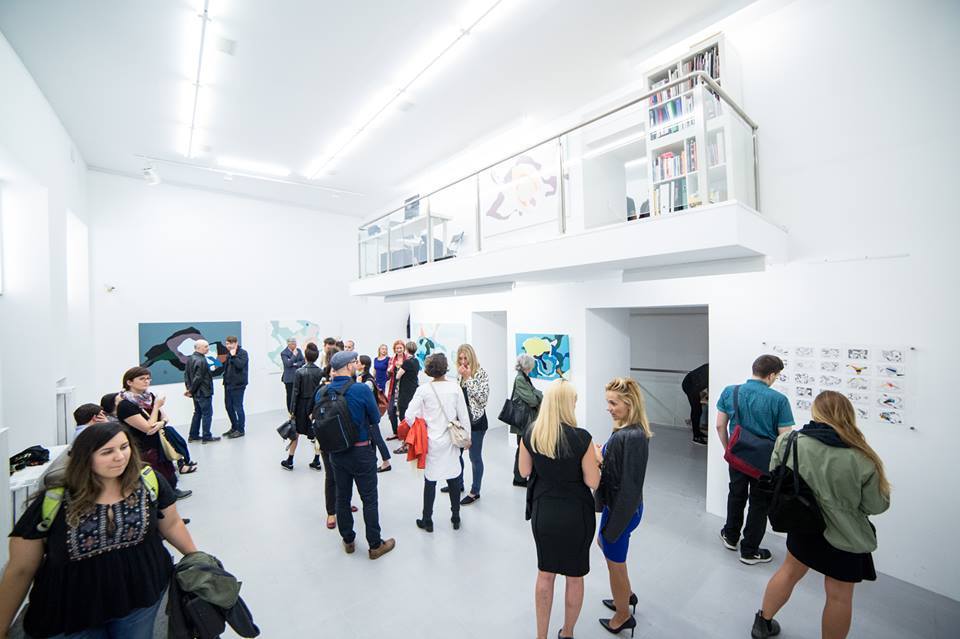 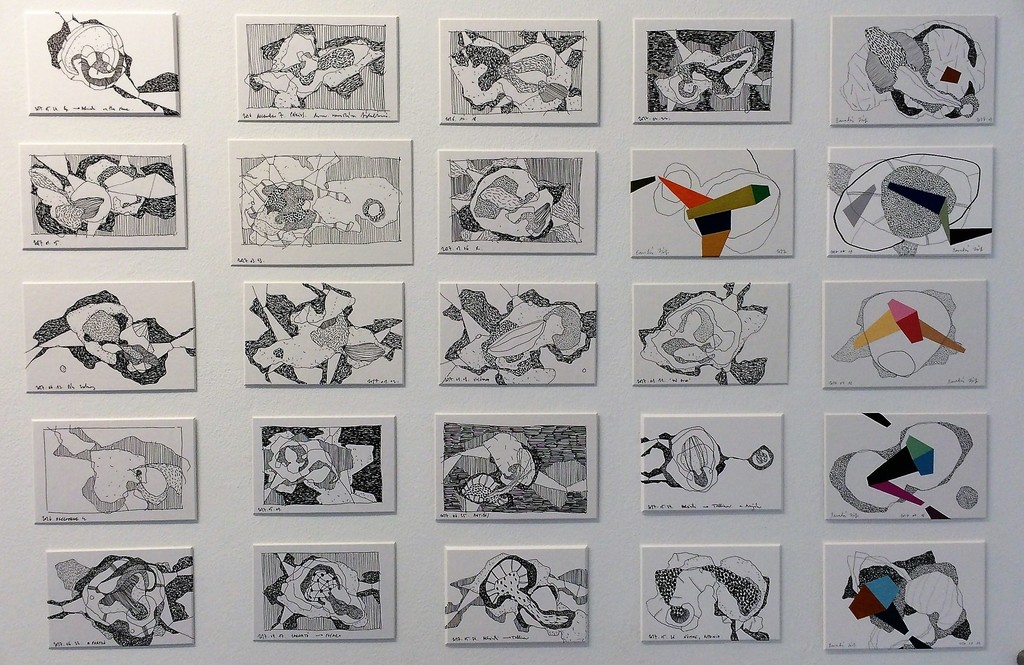 Zsófi Barabás conducts a visual diary of her experiences, instead of written notes. In the past year, more than a hundred small-sized, black and white sketches were produced in railway booths, airports, or during travels. These were those sketches, from which the immense and colourful oil on canvas replicas were made. During the exhibition the visitors can see not only the paintings, but the sketches as well, which will be displayed in the exhibition space.