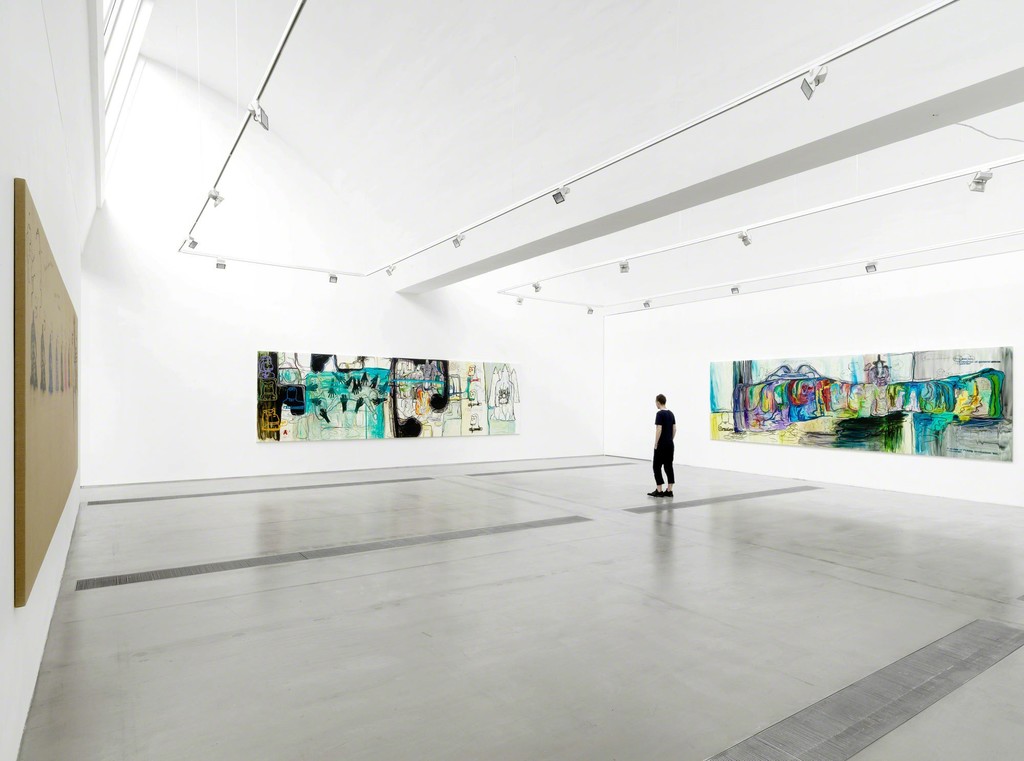 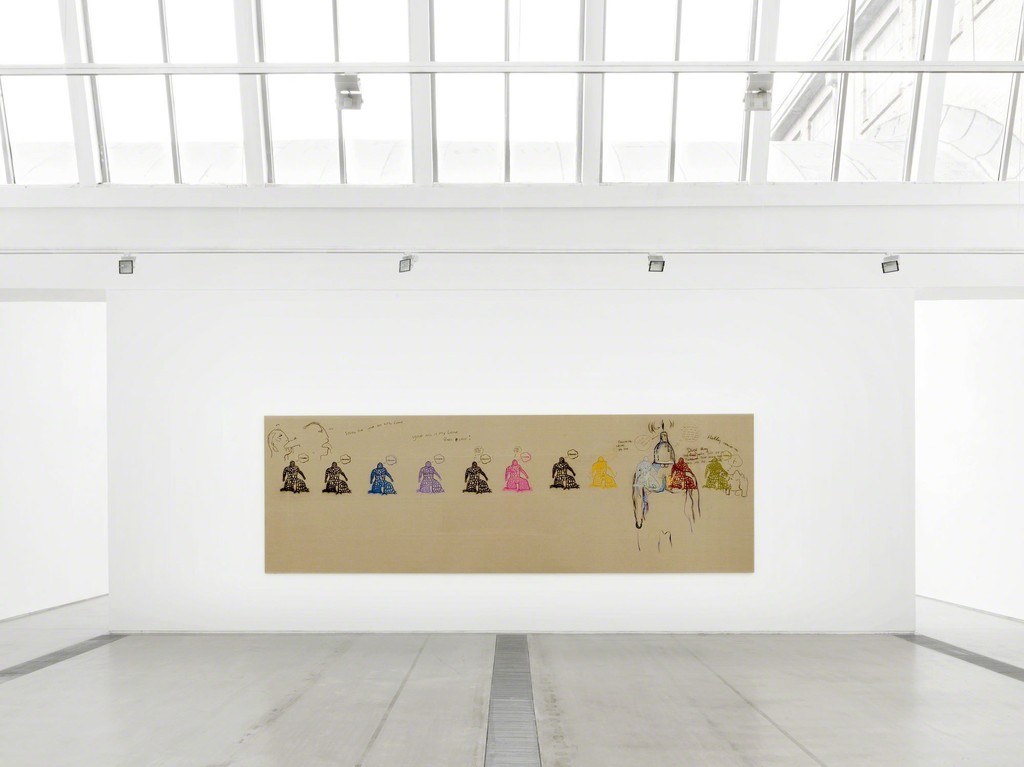 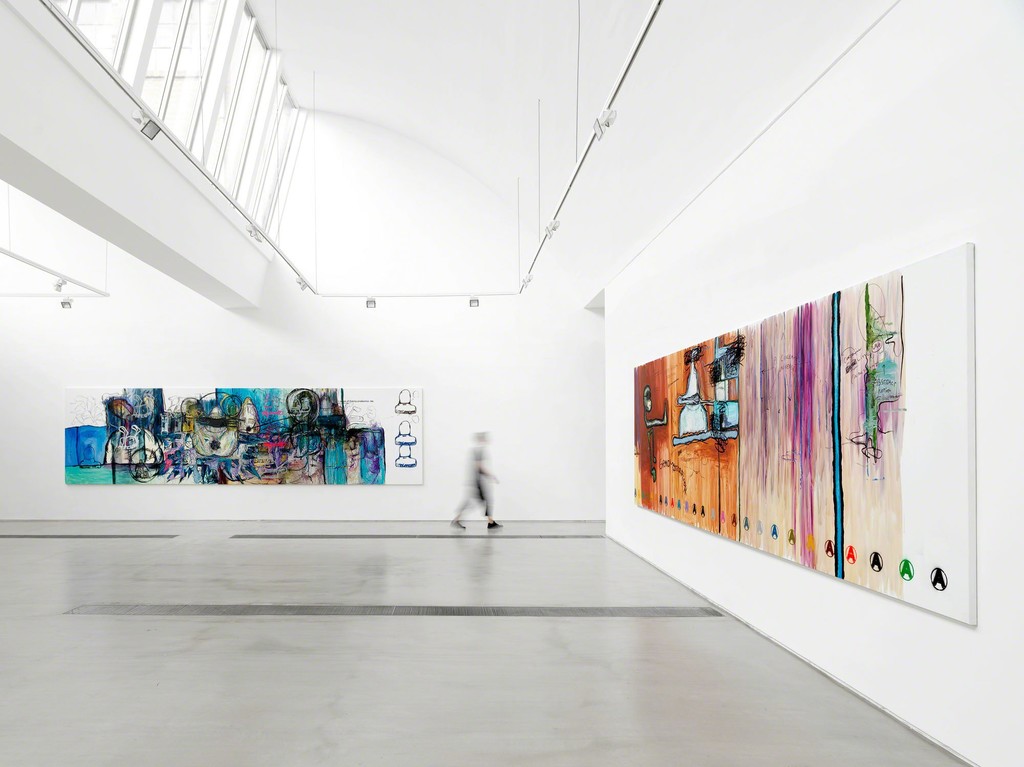 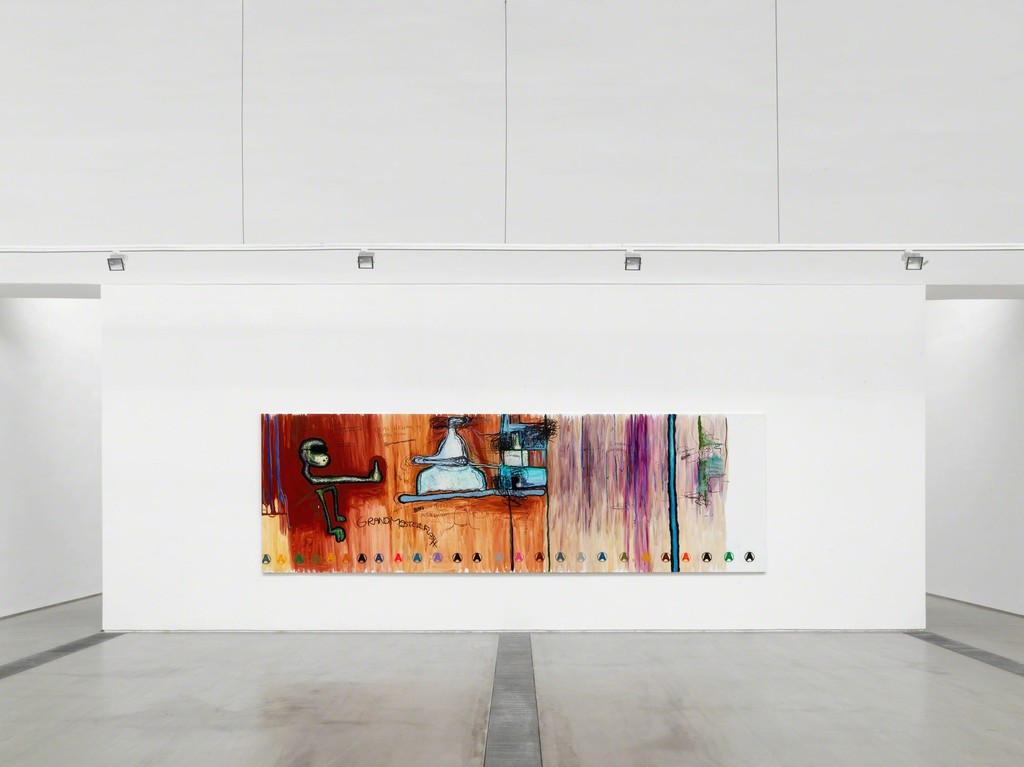 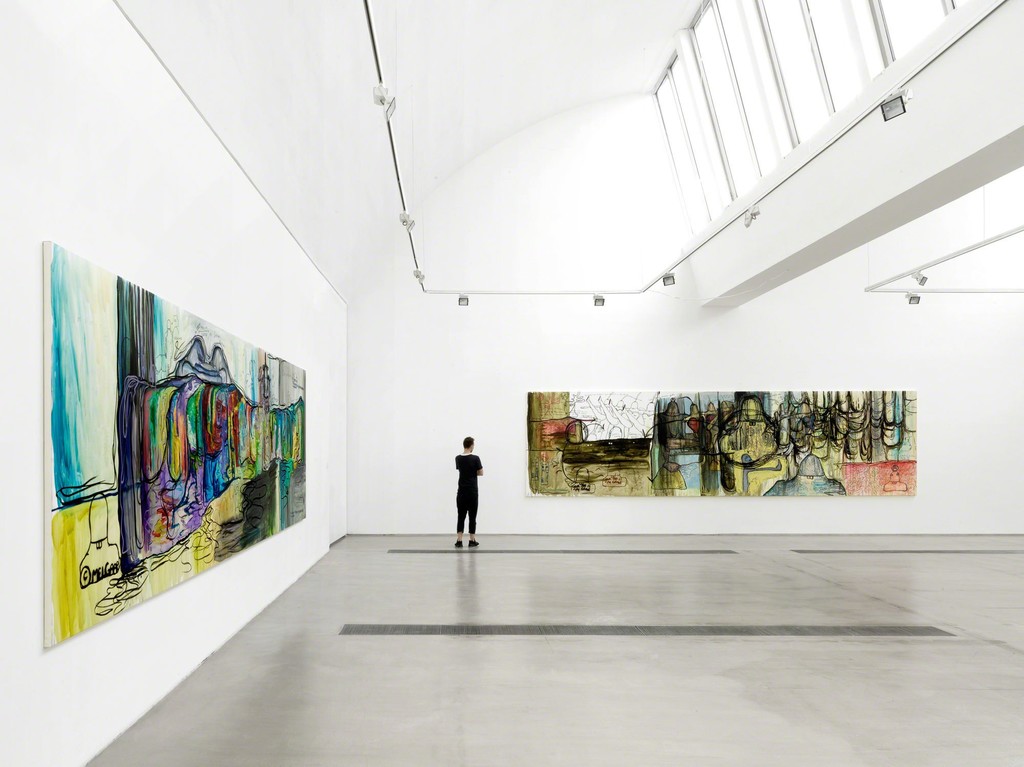 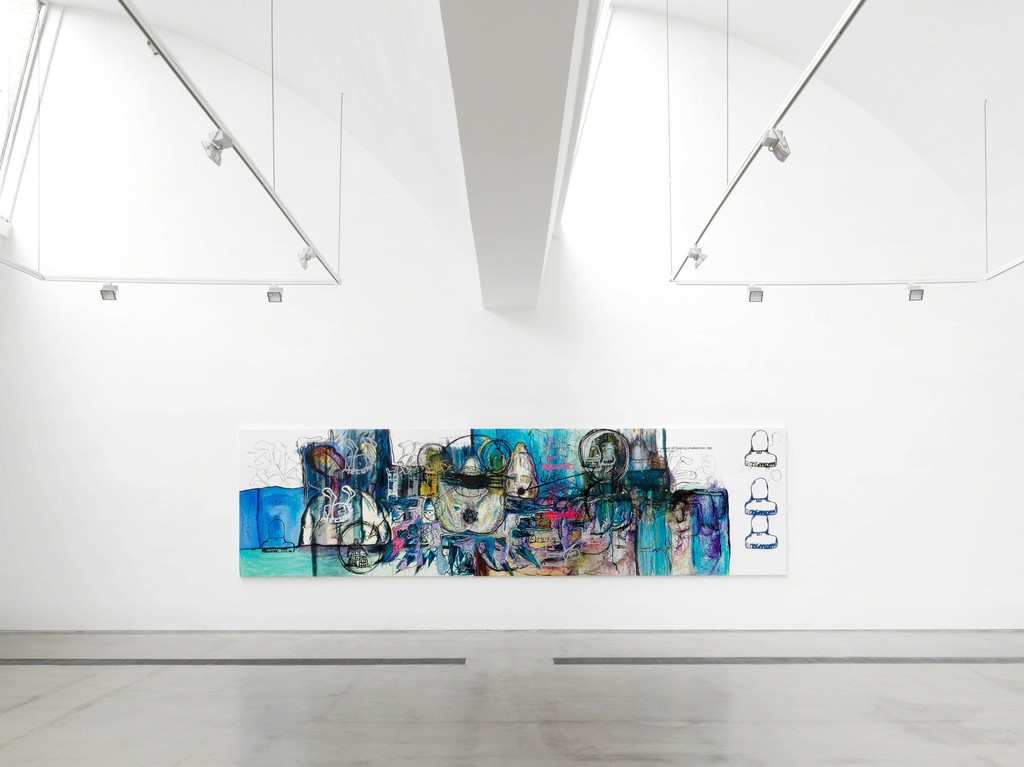 Bjarne Melgaard is an internationally acclaimed painter, sculptor and installation artist. Throughout his career he has created an aesthetically striking, powerfully personal universe. He often combines painting, film, animation, photography, fashion and other objects in large installations that demonstrate his ability to create expressive, highly sensual spaces.

In his art Bjarne Melgaard points to problem areas that have been marginalized by society and which we perhaps prefer not to be confronted with: subcultures such as S&M, Black Metal, sexual transgressions and abuse, the exploration of identity and the testing of the limits of the body, existential loneliness, suicide, the constant search for love and a sense of security.

The exhibition Bitter Angel at Faurschou Foundation Beijing centres on a series of eight large paintings from 1999, which move within these contrasts between life and its seamier sides. The large tableaux have been executed in Melgaard’s easily recognizable, personal and clearly expressionistic style with firm black contour lines and paint in strong, bright colours in the figuration, with Bjarne Melgaard’s own words and text elements. The paintings can be seen as visual diaries, revolving around art, masculinity, sexuality, and identity.

Bjarne Melgaard often creates acknowledgements of other visual artists and cultural figures who have inspired him – in one of the works it is Matisse’s famous painting La Danse that he interprets in his own personal style. Also threads are drawn to the great Norwegian painter Edvard Munch – for example we see an interpretation of the loving couple in Lovers, and the solitary human being on the beach in Melancholy. As a recent exhibition at the Munch Museum in Oslo has also shown, one can find formal traces of Edvard Munch’s late painting, style and spontaneous line-drawing in Melgaard’s expressive brush strokes – just as they share existential themes and motifs.

It is not least the powerful energy in Bjarne Melgaard’s works that makes him a unique figure on the contemporary art scene. His work is a critique, at once romantic and dystopian, of our modern society, staged with pitch-black humour. His works have a duality of something private and something public at the same time. Yet the works Bjarne Melgaard creates are neither exposures of the private nor sociological studies with built-in solutions. Instead he reveals himself time and time again as a participant, someone who is both inside and outside, committed and observing. Over an incredibly large number of exhibitions in recent years Bjarne Melgaard has demonstrated a persistent drive and a continuing ability to be provocative, dramatic and emotionally expressive.

Bjarne Melgaard was born in 1967 in Sydney, Australia to Norwegian parents, and grew up in Oslo in Norway. He lives and works in New York. Bjarne Melgaard studied at the Norwegian National Academy of Fine Arts and the Rijksakademie in Amsterdam from 1991 to 1992 and at the Jan van Eyck Academie in Maastricht from 1992 to 1993.
Recent exhibitions include: The Munch Museum, Oslo; Melgaard + Munch – The End of it All Has Already Happened, 2015; Whitney Museum of Art, Whitney Biennial, New York, 2014; Walker Art Center, Minneapolis; 9 Artists, 2013; 12th Biennale de Lyon, 2013; La Biennale Di Venezia, 54th International Art Exhibition, 2011.