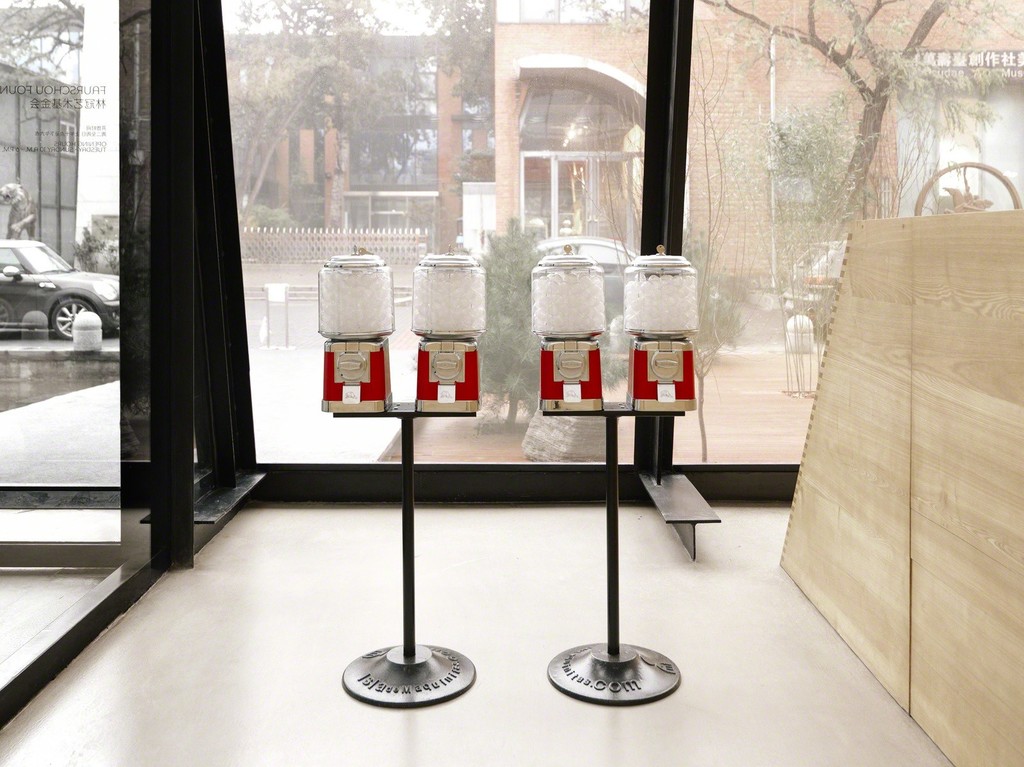 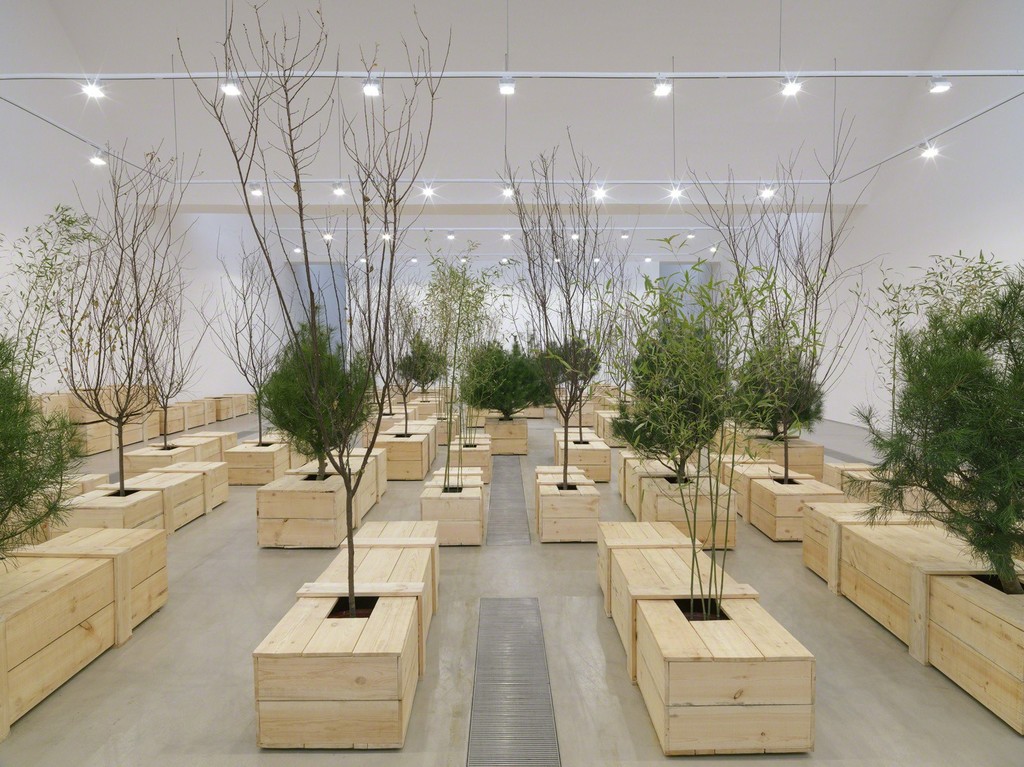 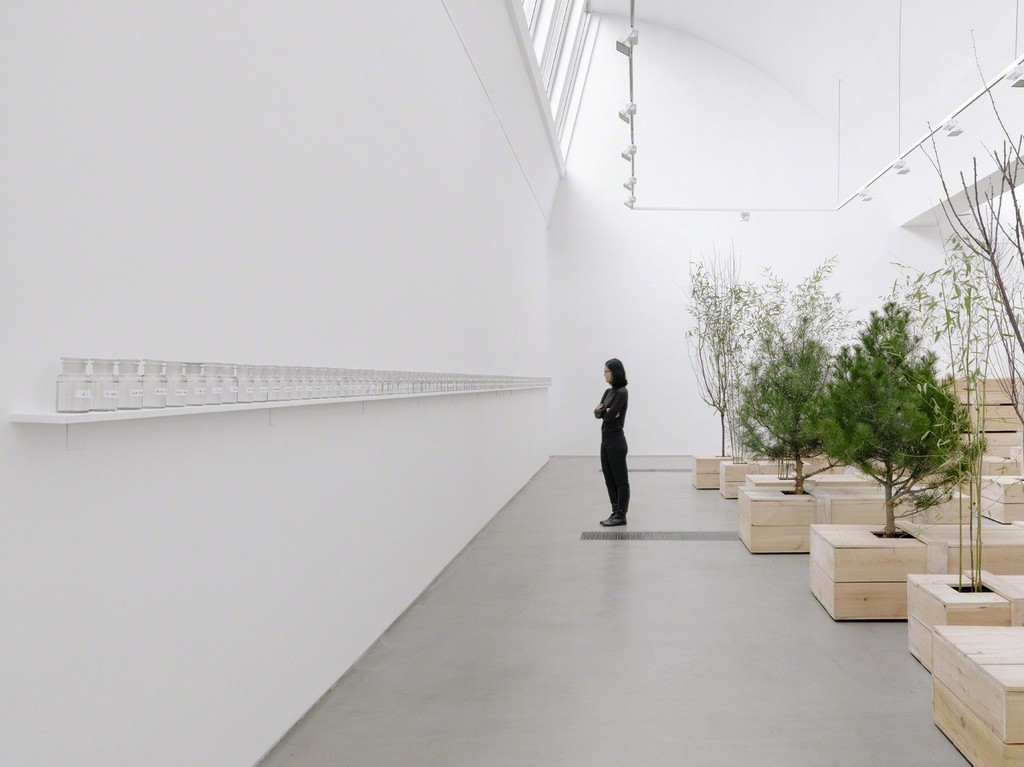 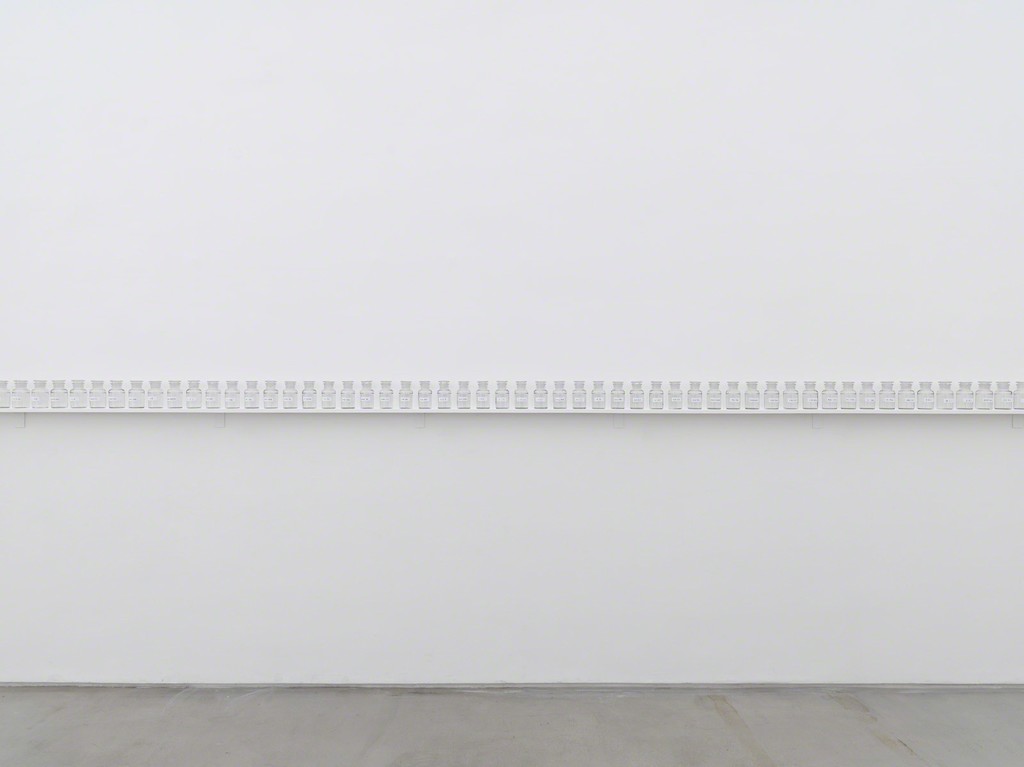 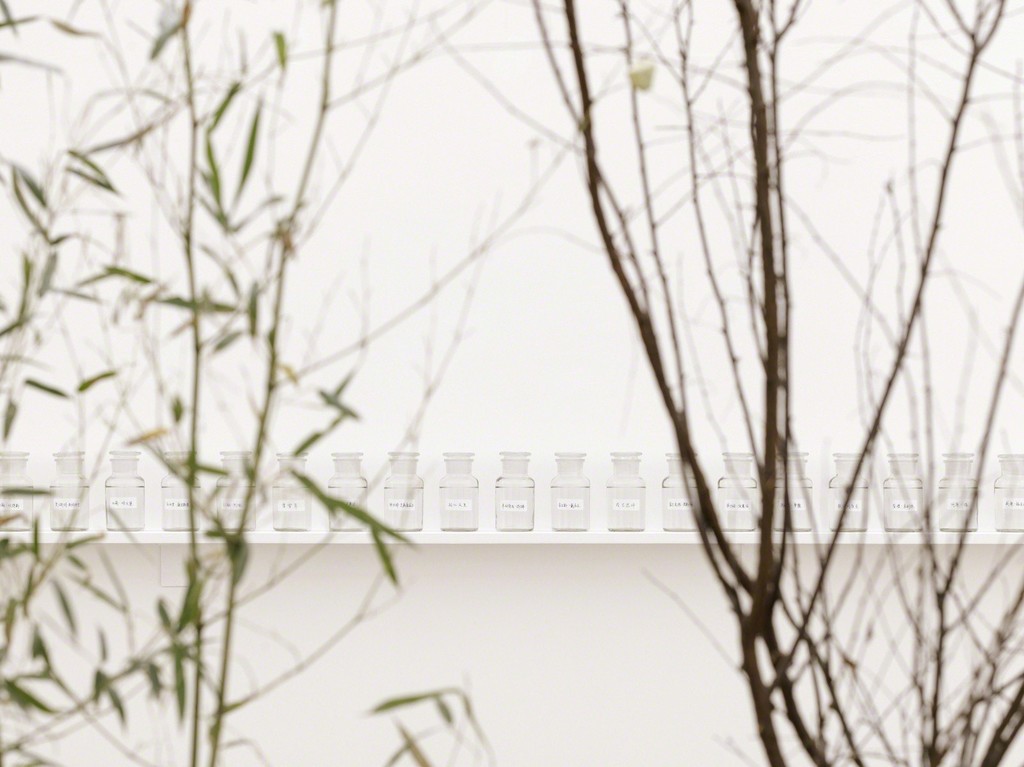 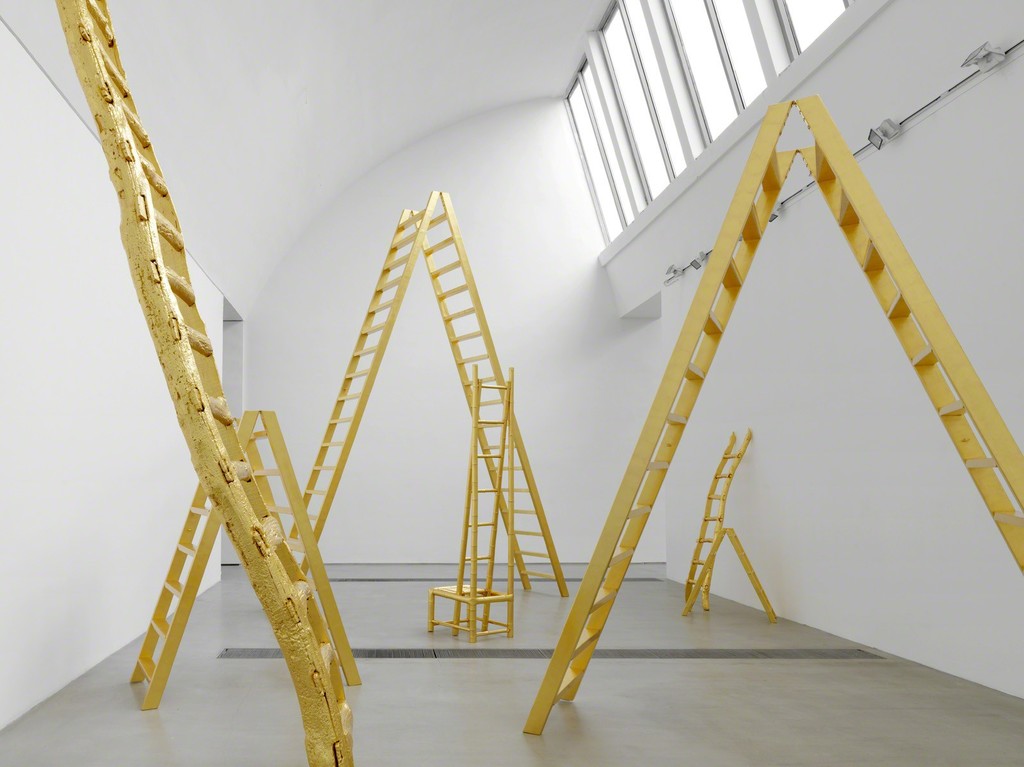 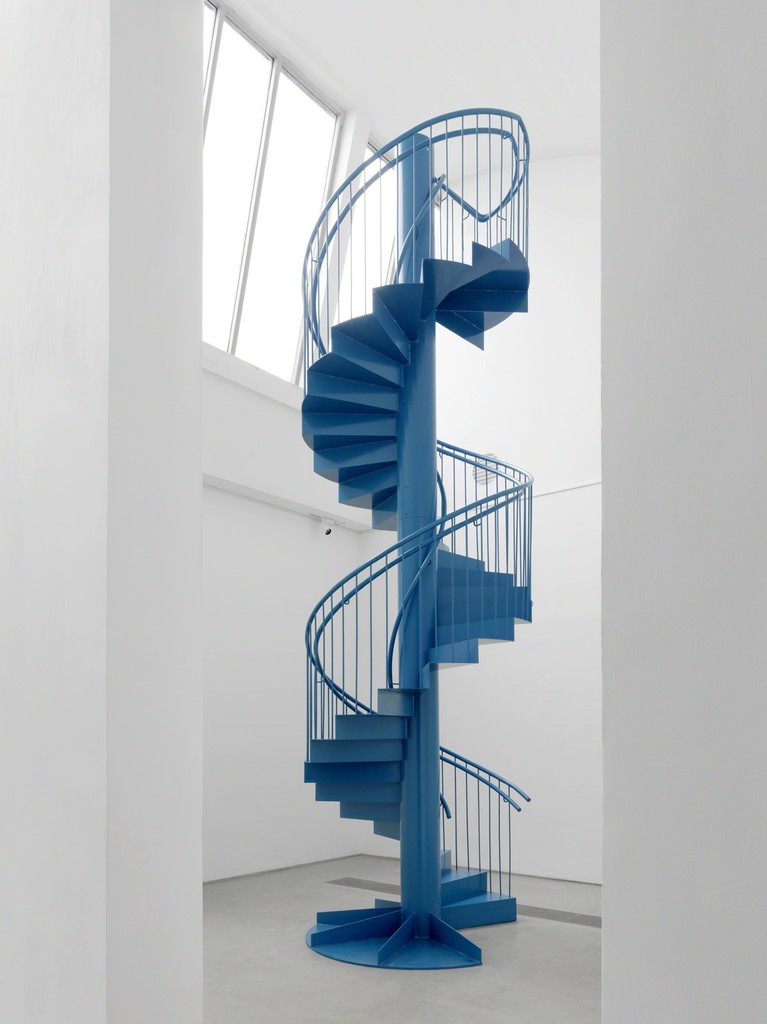 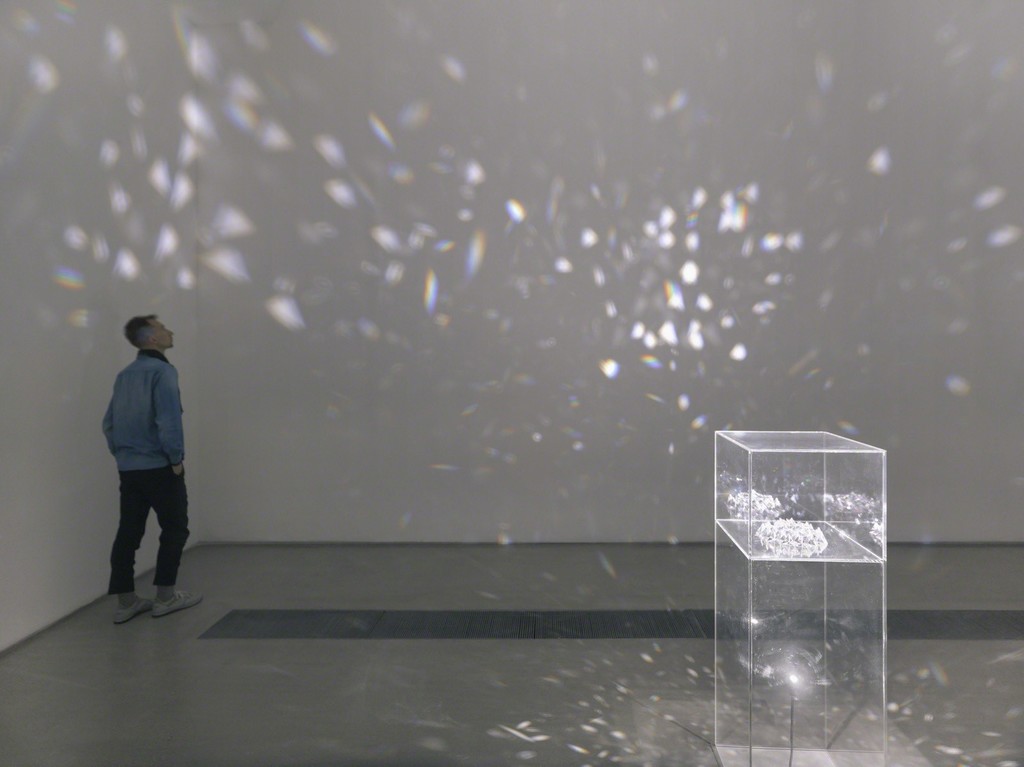 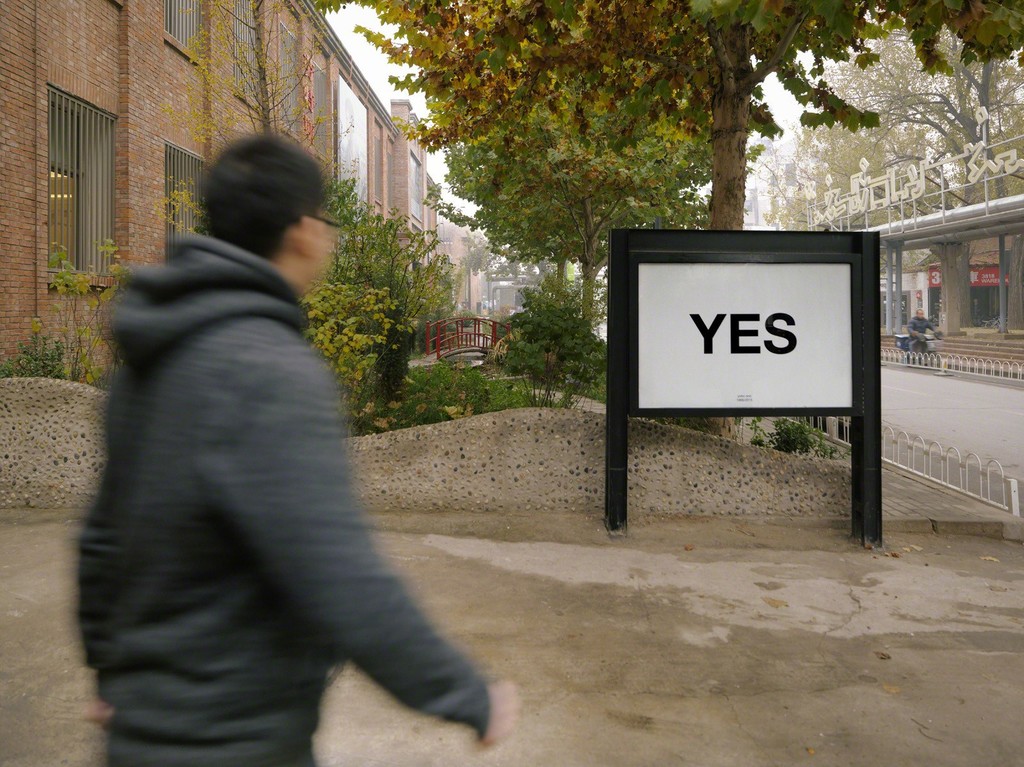 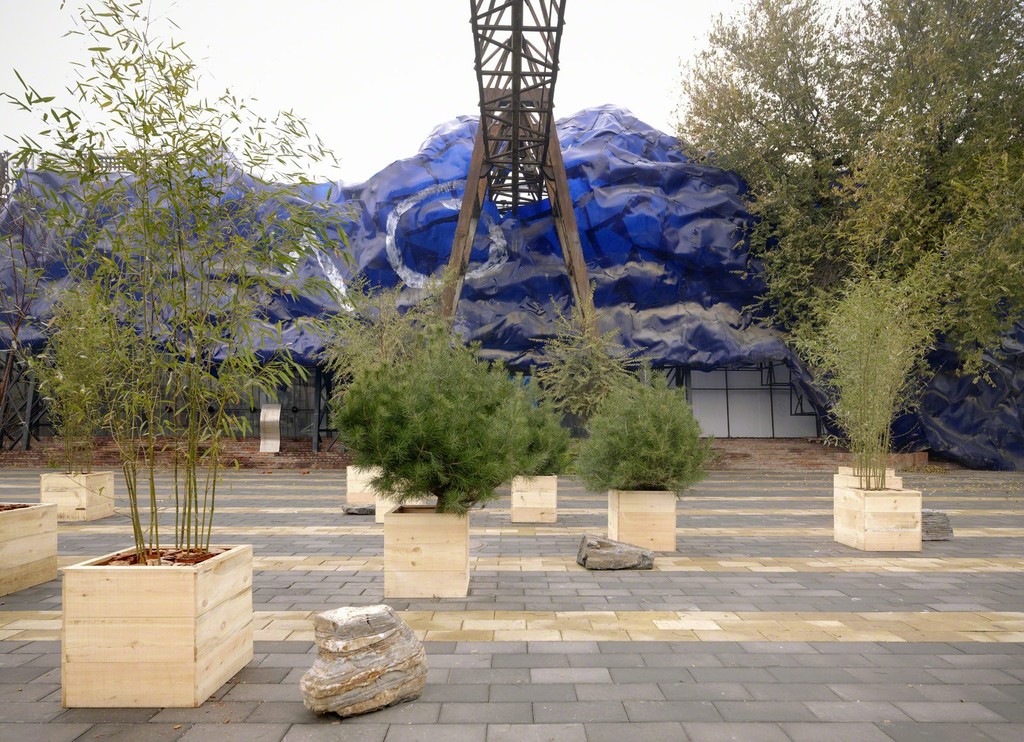 Faurschou Foundation is happy to present the first solo exhibition with the world-renowned artist Yoko Ono in Beijing. The exhibition will offer the public an opportunity to participate in her interactive art and take part in her honest and utopian, yet forceful, universe and life philosophy.

The exhibition shows a variety of works from Yoko Ono's extensive artistic career, and includes important pieces from her early Fluxus and Conceptual work. Ideas, rather than materials, make up the core of Yoko Ono’s art. Based on verbal or written instructions for actions that are utopian, ephemeral and performable, Yoko Ono presents viewers with art which becomes a shared mental or physical experience.

The exhibition begins outdoors with a Wish Tree for Beijing garden, planted with “Three Friends of Winter” - pine, bamboo and plum trees, symbolizing steadfastness, perseverance and resilience - the scholar-gentleman's ideal. Viewers are invited to write a wish and hang it on to a branch of a tree. At the conclusion of the exhibition, all of the wishes will be sent to Yoko Ono’s Imagine Peace Tower in Reykjavik, Iceland to join wishes from millions of people from around the world who have participated the Wish Tree project dated back to 1996.

Specially dedicated to the show in Beijing, Golden Ladders is another participatory concept, where viewers are invited to bring their own gold coloured ladders of any size, shape and material to join the installation, in which 7 ladders gilded with pure gold leaf were already made, using both traditional ready-made Chinese ladders, and newly made ones. By offering a rare generosity to the participants who help to implement and materialize the instructions, the artist loses control of the evolution of the work, which acquires new life in versions made with varying degrees of creativity and invites a wider and more tolerant esthetic experience. The action of contributing a golden ladder has participants reflect upon their ladder of existence towards the sky, which is the epitome of infinity encompassing all - the origin of creation and regeneration.

To See The Sky, a new work first exhibited earlier in 2015 at The Museum of Modern Art in New York, sends out a message that the journey to the light is accompanied by danger. Visitors who are attracted to climb up to the top of the spiral staircase will soon realize the staircase starts to get shaky, and makes it difficult to focus on gazing up at the sky. When the moment of emancipation and freedom comes, it is an enlightening experience.

A challenging action, but subsequently emphasizes the idea of hope, is a notion that appears in many of Yoko Ono’s artworks especially after the 1980s. In the work Ex It, the confrontation with horrifying events is clear, but it also contains an opening in which to escape the fear. The installation strongly works on the awareness of the viewers when they walk through approximately 70 coffins hastily built for victims from natural or human catastrophes. With the same types of trees found at the Wish Tree for Beijing garden, growing out from the opening at the head part of each coffin, the symbolic meaning of resurrection and eternity of life serves as a moral reminder that creates a consciousness about one’s own existence and our relationship with the others and the world, calling for responsible and critical vision.

With the pop-up concept work Word Pieces, Yoko Ono’s art are to be spread over the city. A new word, mostly a verb to motivate thoughts and actions such as “DREAM” and ”IMAGINE”, will appear on billboards, banners and posters every 20 days while the exhibition is running. The conceptual strategy of employing conventional advertising media as formats for artistic and publicity purposes are seen in the famous peace campaign of The War is Over! If You Want It. It was widely echoed in works by Barbara Kruger, Félix González-Torres and others.

Yoko Ono is a present-day living icon. She manages to constantly develop and renew an outstanding artistic oeuvre, making her a pioneer – one of very few women - in the field of avant-garde art practice, as well as in the field of music, film, and the peace movements, she is also a feminist pioneer. Her art is participatory, engaging and carries a subtle sense of humor. It is also life-affirming with a strong social and political reference motivated by profoundly human concerns. With a starting point in the desire to make a difference, her art has been called ground-breaking and controversial, influencing that of Fluxus, whose manifesto includes the call to “promote a revolutionary flood and tide in art, promote living art, anti-art” by removing the art from the sublime and sacred object towards the fundamental idea. This notion also links to her cultural background of Zen Buddhism, which essence is self-reflection and meditation with the aim to free the soul from earthly fetters.

Idiosyncrasy and vicissitude had combined to stamp Yoko Ono as an exceptional being. She fights for her ideal without a trace of cynicism and creates lasting symbols. In recent years, Yoko Ono’s work and herself as an artist are starting to get the recognition deserved. During her life with John Lennon, she and Lennon were particularly involved in peace activities and they spread her philosophy of charity and tolerance. By the 1970s, they had become a symbol of the International Peace Movement. A message that Yoko Ono still continues to spread to this day.

A Chinese edition of Grapefruit, a geminal artwork by Yoko Ono in 1964, will be published in tandem with the exhibition at Faurschou Foundation. Grapefruit is a collection of instructions composed between 1953 and 1964, with additional pieces from the 1970 edition, and bound together in the form of an artist’s book. The texts range from the possible to the improbable, often relying on the viewer’s imagination to complete the instruction.

Yoko Ono (Yoko meaning ‘ocean child’ in kanji) was born in 1933, Tokyo, and entered the Philosophy Department of Gakushuin University in 1952. The year after she moved with her family to New York, where she now lives and works. Yoko Ono studied music and poetry at the Sarah Lawrence College, and started an interest in art when settling in New York City. By 1960, she was an active participant in the New York avant-garde scene and was associated with pioneers like John Cage, and she influenced George Maciunas and the Fluxus movement. She has since then travelled the world with her art and her antiwar activities.