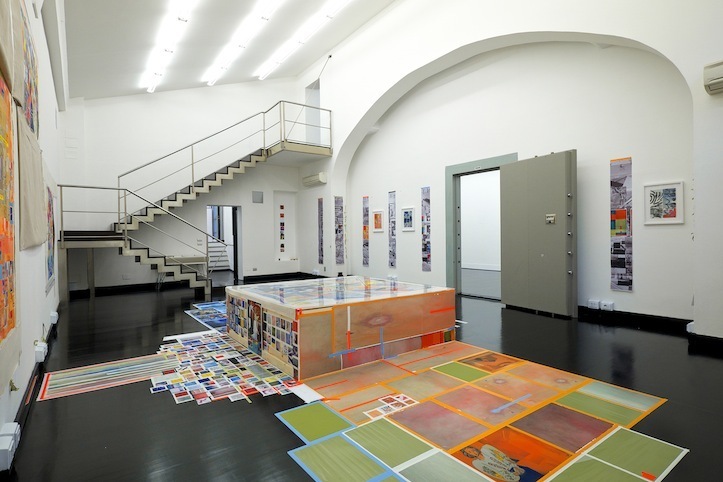 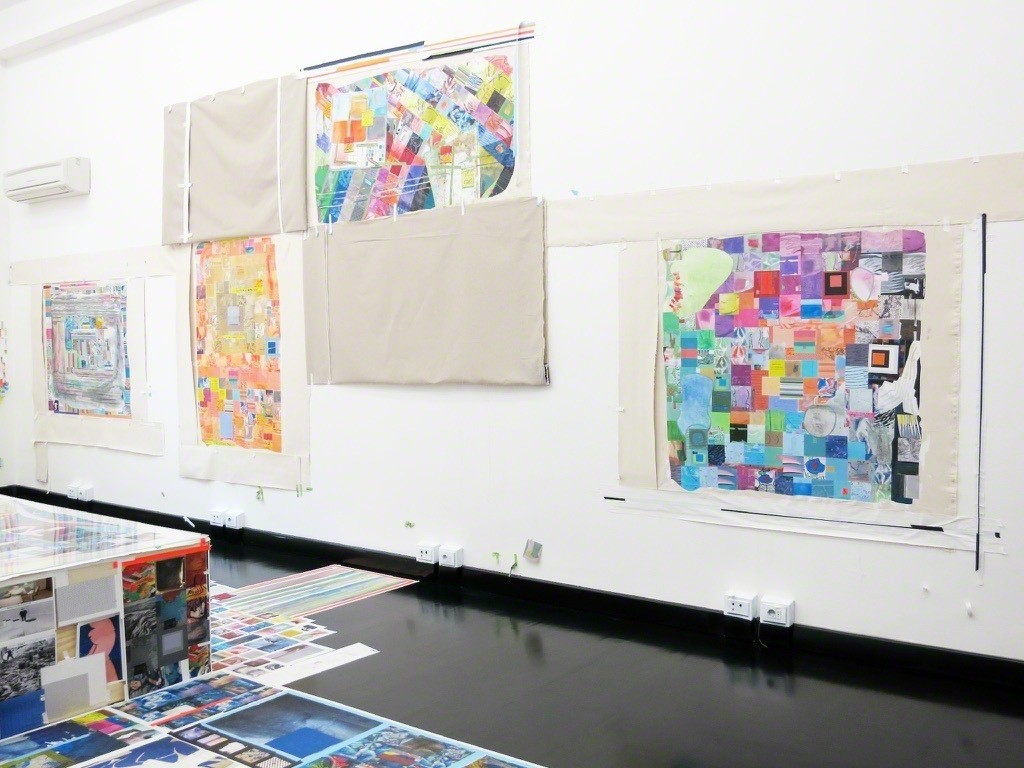 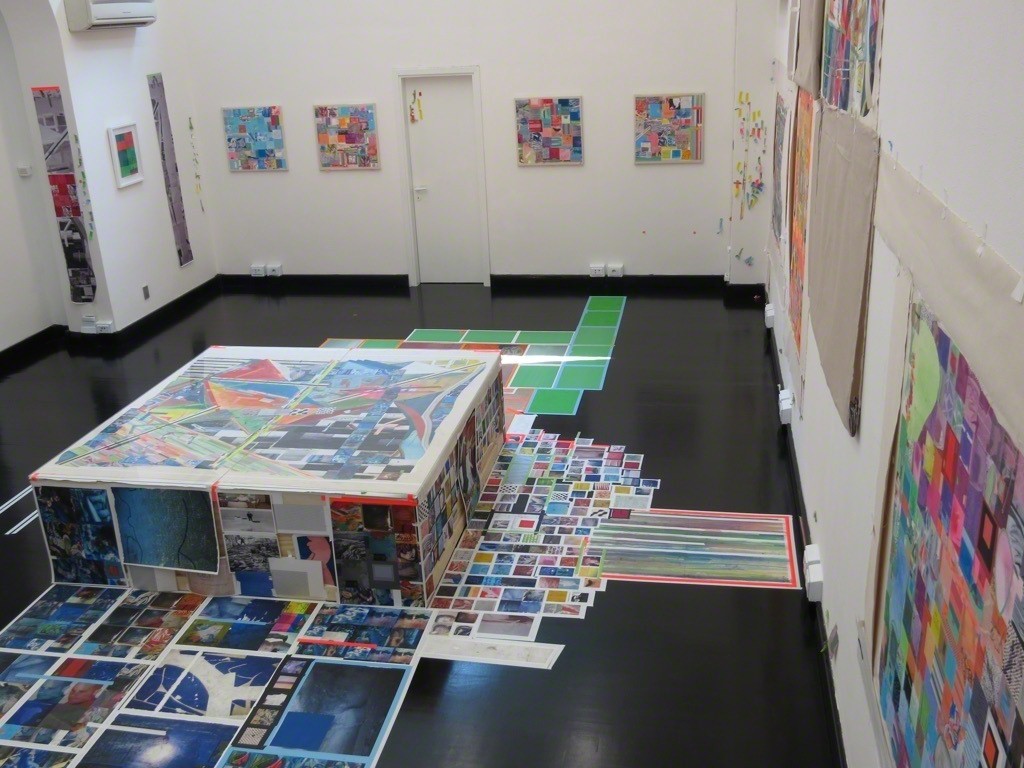 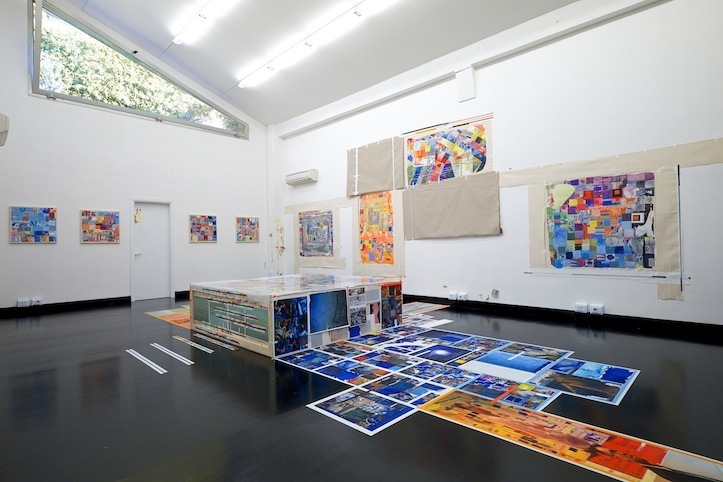 FL GALLERY is proud to present a solo exhibition by Franklin Evans. In headandhandinhand the artist presents a new series of paintings and an installation that follow the line of his recent institutional exhibitions that were held at the Nevada Museum of Art (2013) and the Montserrat Gallery at the Montserrat College of Art (2014). Evans defines these works as "installative environments" that become "experiential environments for the public" showing the process of reflection and the work of the artist through a presentation of his own studio in the gallery space. The title chosen for this exhibition refers to the fact that Evans’ painting is a complex mental process at the same time that the making itself is totally manual, unlike some other works in which he includes different types of digital prints, for instance. However, many of the images on which Evans works were found on the web: the artist repeats a kind of amplified grid pixels, and in each of them he reproduces a detail of heads or hands belonging to a canonical work of the history of Western art, very often known by heart. On display there is, for example, the painting handsjockjudd (2014) that alludes through amplified details, within the "pixels", not only to well-known painters of the modern European tradition such as Henri Matisse (the hands) or Piet Mondrian (the grid), but also to the American tradition, as the explicit citation of Donald Judd. Franklin Evans’ work continues to evolve expanding both the scope of its research and the instruments used to carry it out –for example, through the use of technology and networks– without ever forgetting the importance for his practice of materiality and the possibilities of painting itself. Evans’ work has been exhibited in New York at MoMA PS1 (Greater New York 2010), El Museo del Barrio, The Drawing Center, Apexart, and in galleries in the U.S. and Europe. Recent exhibitions at institutions include the Nevada Museum of Art (2013) and the Montserrat Gallery (2014). He co-curated Lush Life in 2010 with Omar Lopez-Chahoud at nine LES galleries and recently collaborated with Trajal Harrell on the visuals for Twenty Looks or Paris Is Burning at the Judson Church (S), a performance at New York‚Äôs New Museum and The Kitchen, and the Institute of Contemporary Art, Boston, MA. Awards include a Pollock-Krasner Foundation Grant and residencies at Yaddo and The Marie Walsh Sharpe Space Program. Evans‚Äô work is in the permanent collections of El Museo del Barrio, Weatherspoon Art Museum, The Pizzuti Collection, and Progressive Art Collection. This will be Evans’ fourth solo exhibition at the Gallery.