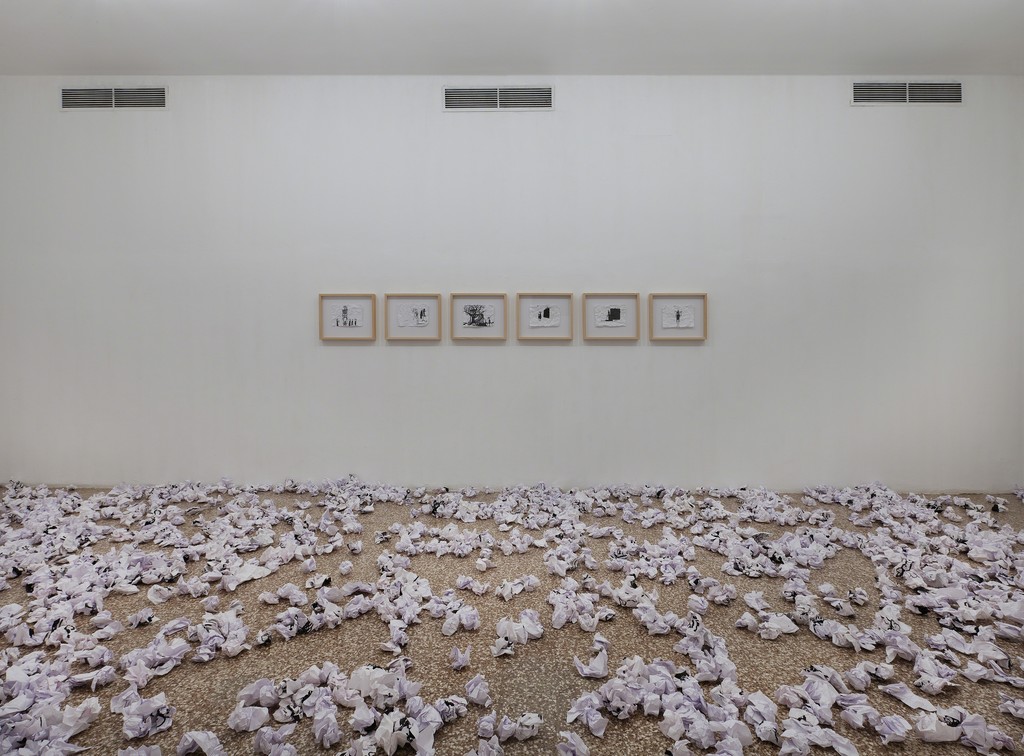 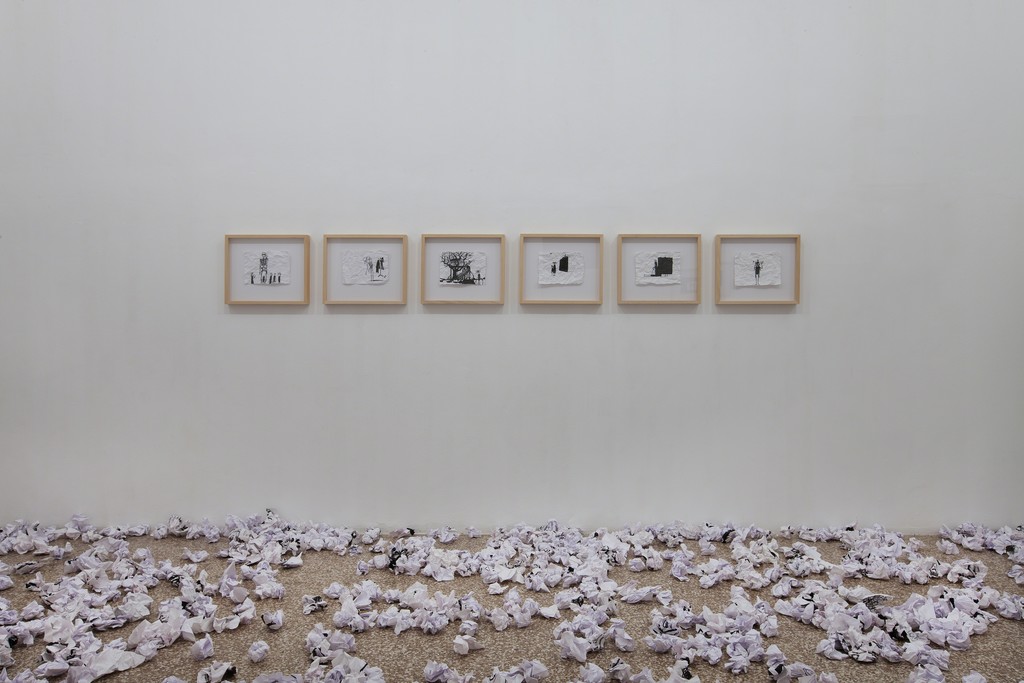 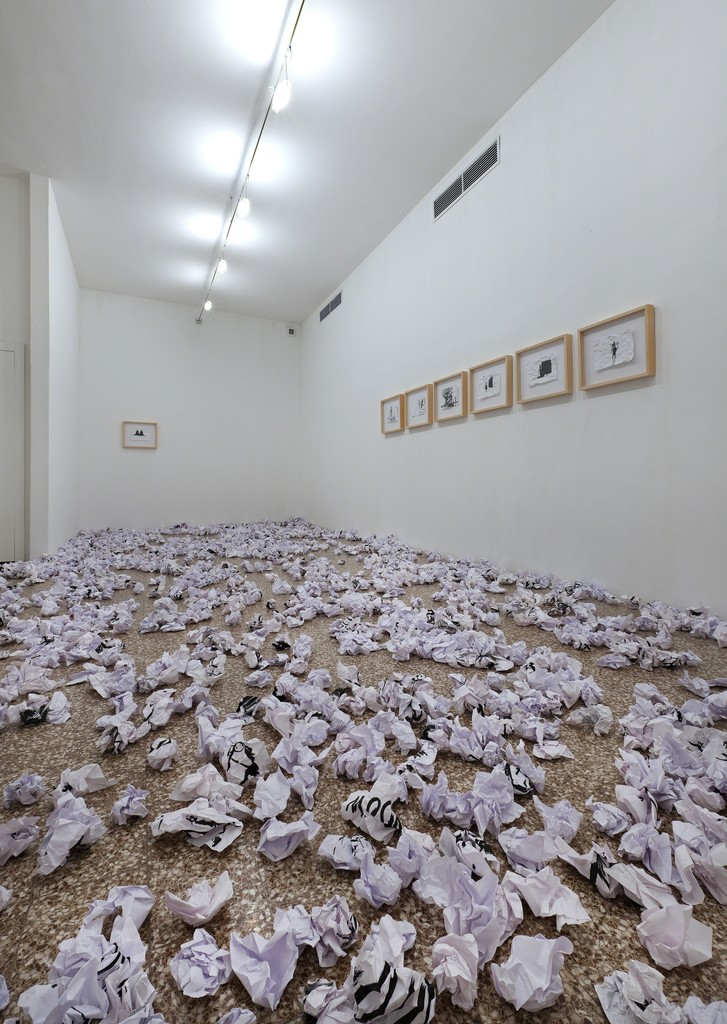 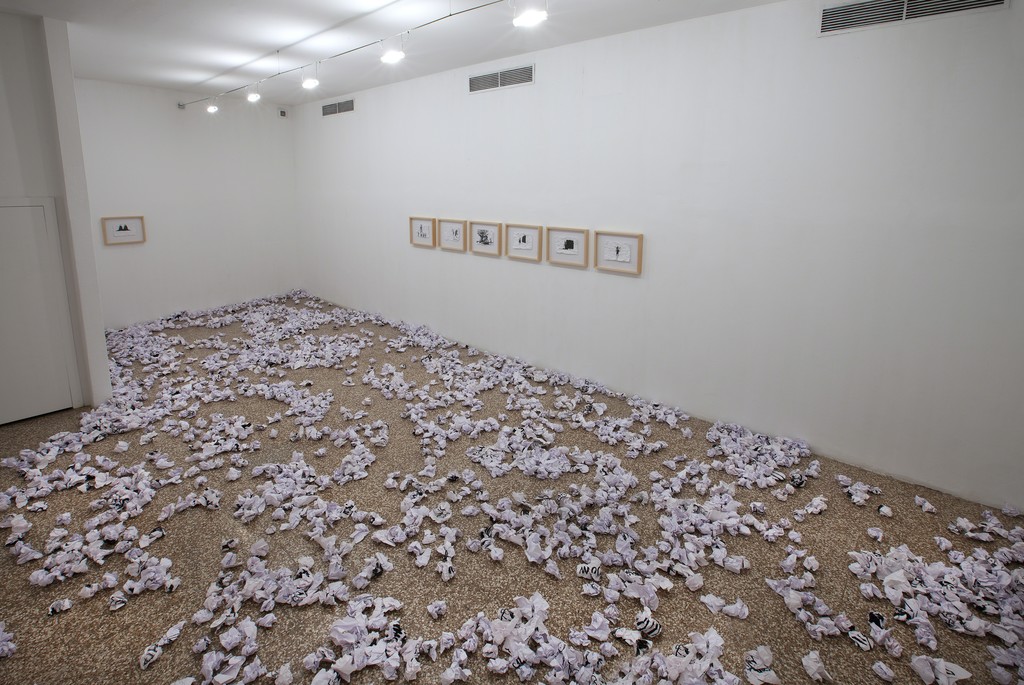 The title alludes to one of Joy Division’s most famous songs, “She’s Lost Control”. It is believed that the song tells the story of a friend of Curtis who died after continuous epileptic attacks, of which also Ian used to suffer.
Gilberti’s work as we know it has followed a path that could be described as sinusoidal. It has alternated full and void, expanding and contracting, not in qualitative, but in formal terms. The horror vacui that characterized his works from the end of the ‘90 has gradually given space to the graphic minimalism of massive canvases of a few years later, then to the excessive richness of details of the subsequent series Materia Grigia (Grey Matter); that got exhausted to open the way to the latest series of drawings Rockstars in which the greatest names of the history of rock n’ roll are physionomically portrayed with just a few essential signs of drawing pen.
In the present exhibition in Milan, Gilberti looses control, and he does it voluntarily. He makes us see the backstage of the show, the sound check: drawings, water-colours, paintings on paper, on canvas, on cardboard, on wood, Gilberti purposely confronted these media without a project, giving in to errors, to momentary thought, to evanescent ideas, suggesting to his confident hand to let go, not to perfect the sign, to lose control.