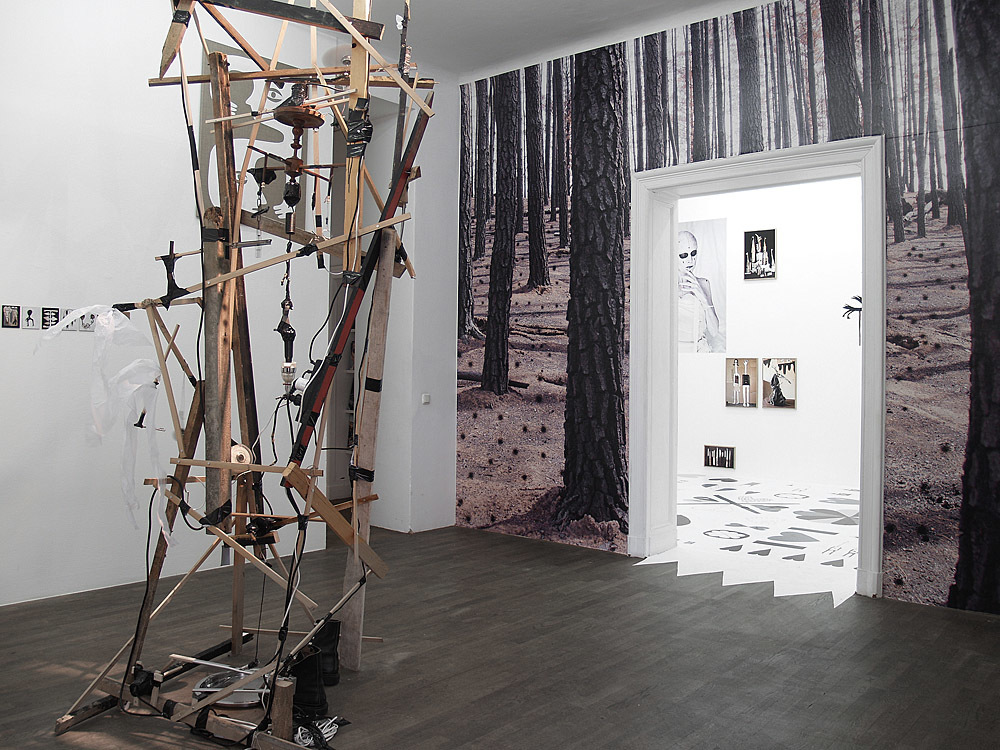 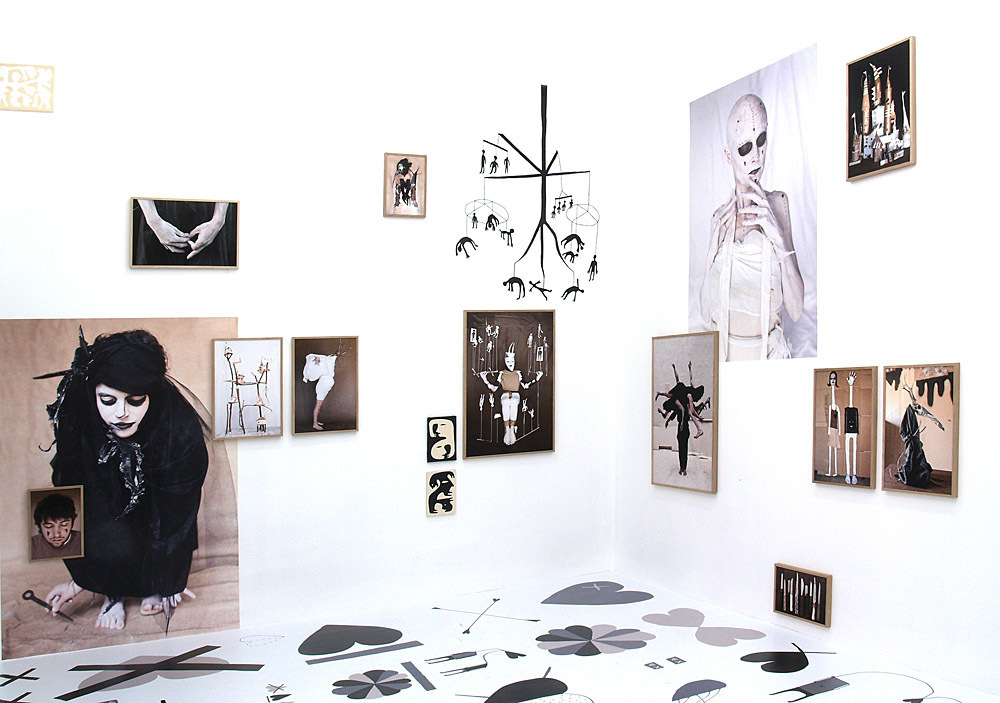 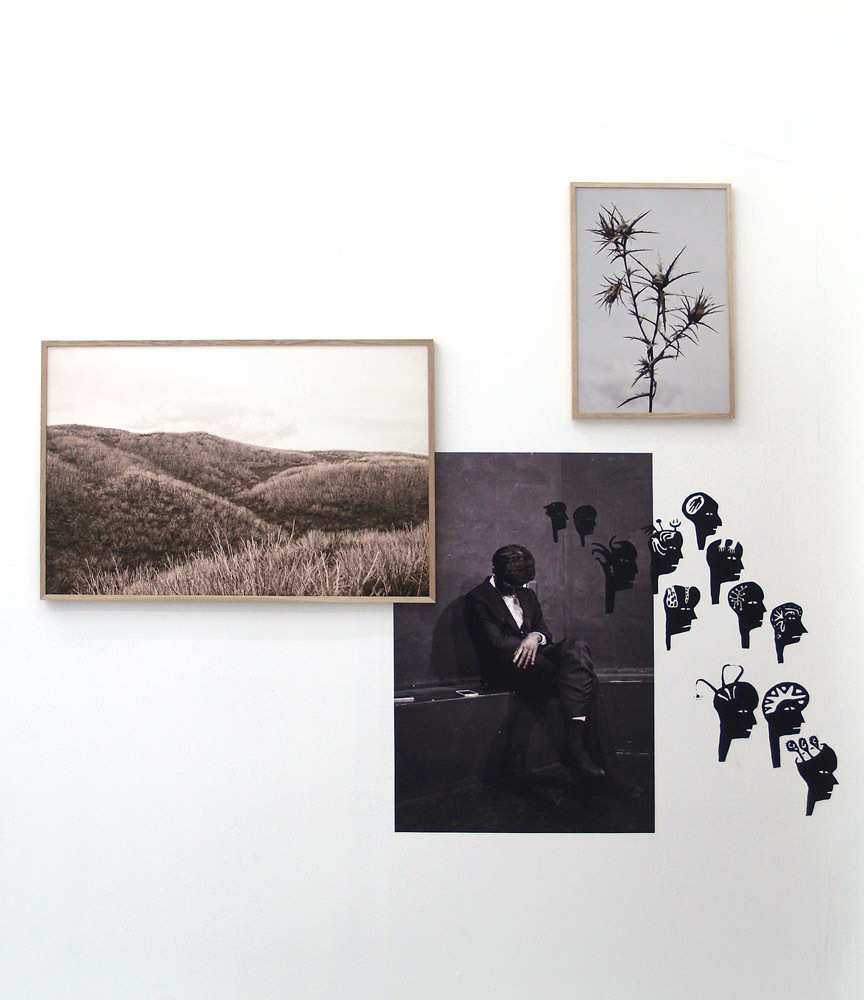 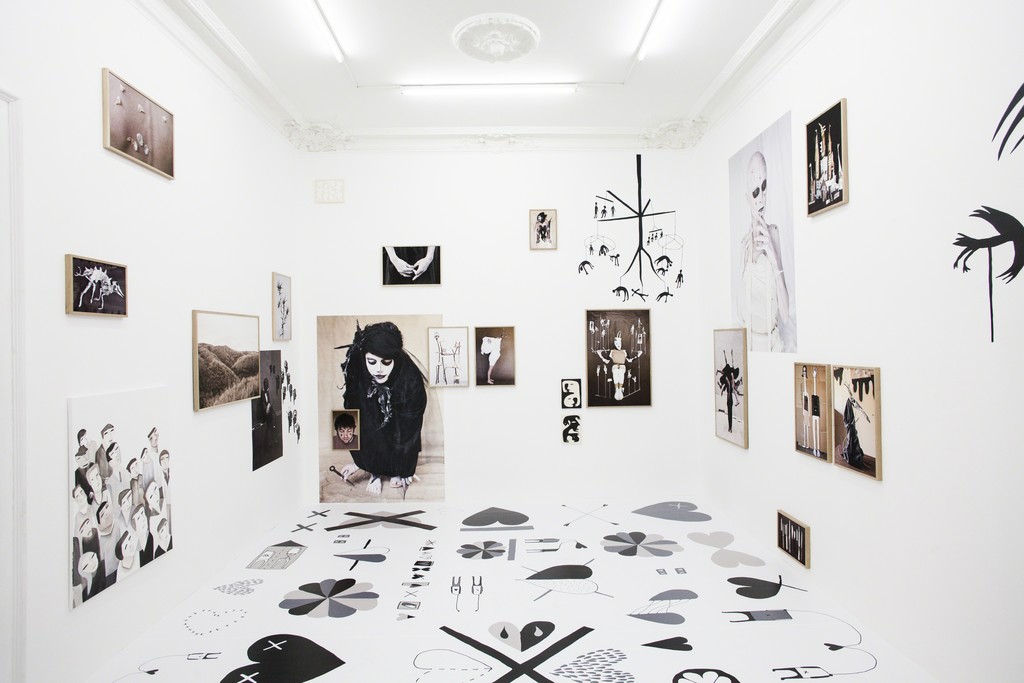 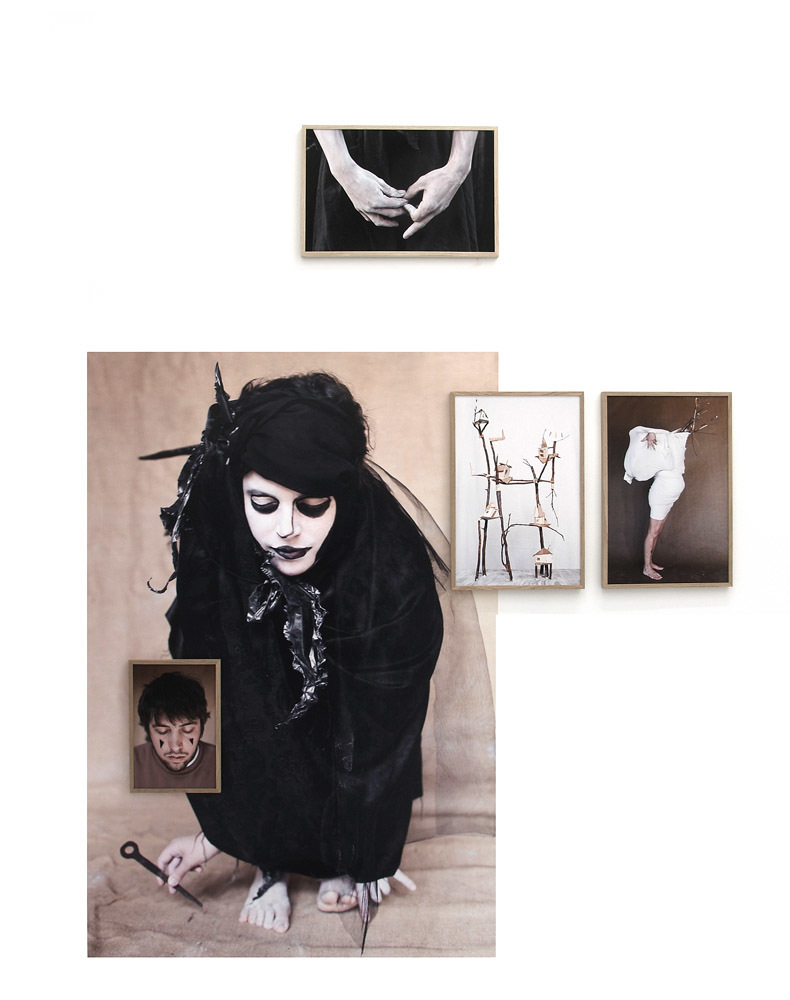 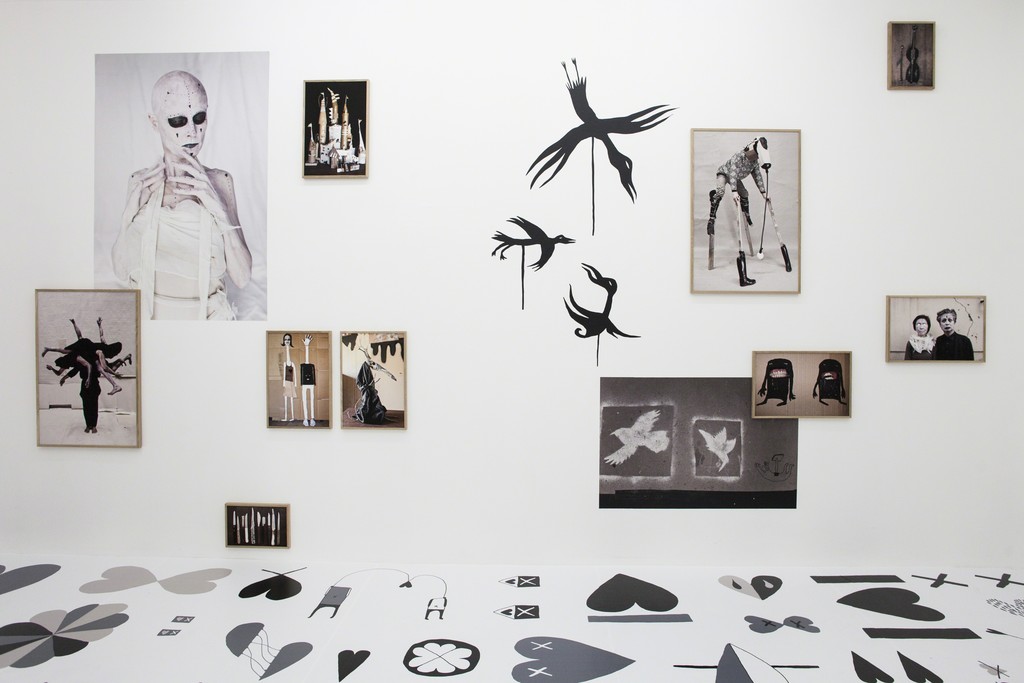 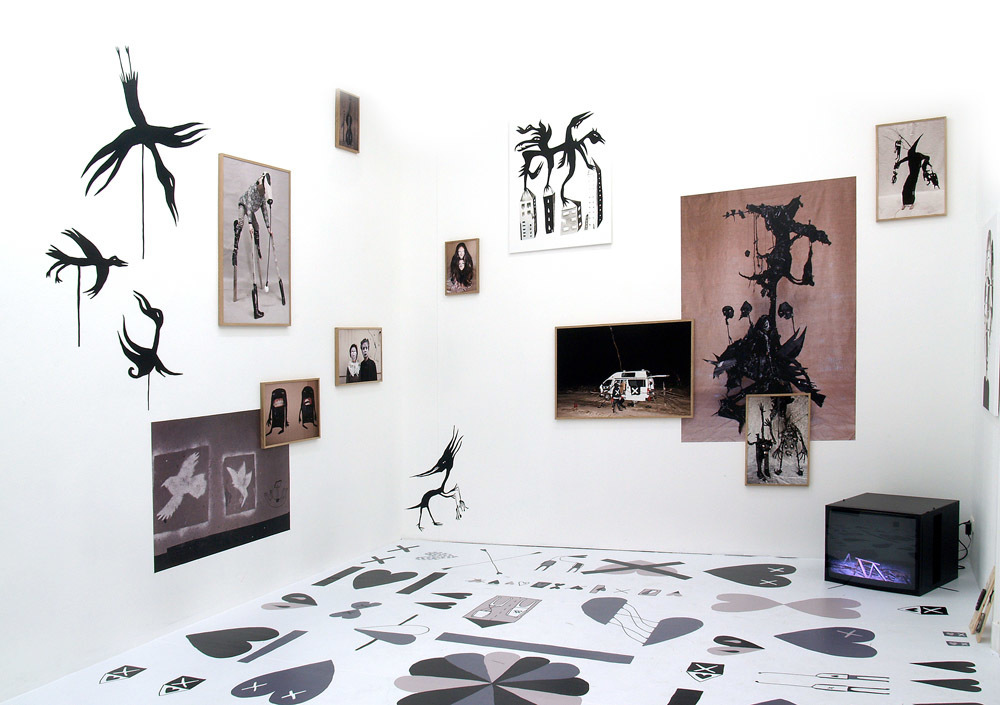 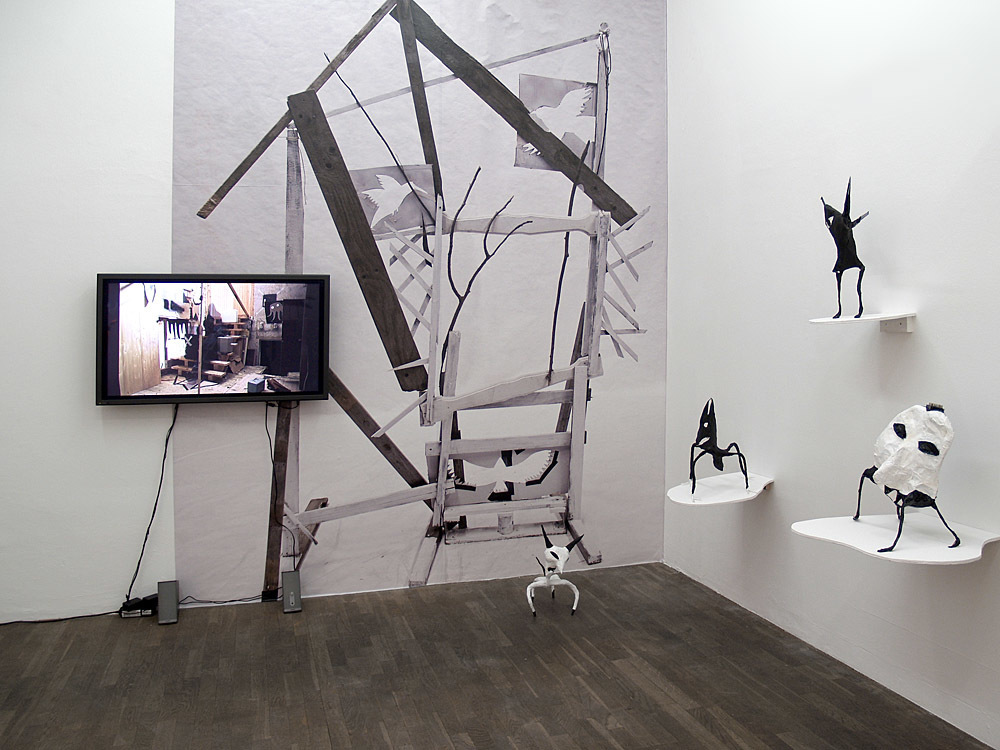 Trained as a photographer, he also works with stop-motion video, painting, writing and installations. His
video works are often set in a lone rural hut in the Swiss Jura mountains, the place he was born.
Augustin Rebetez uses all mediums and materials within his reach, and creates nothing less but his own
universe.

In it you will find: small wounds, splinters, kerosene, skulls. Fake electric chairs vibrating to white noise.
Furniture dancing in stop-motion, eating black plastic monsters. Puppets move in rough and runny
gestures. They turn into humming machines, transform into birds, and then into a dark mass of primary
matter, finally spilling themselves out into the universe.
The house becomes a brain. Continuously destroying and creating anew.
Augustin Rebetez’ wild and wondrous world gives glimpses of A.R. Penck, Jean Dubuffet, animism, and
the dark aesthetic of the Quay Brother’s movies. The Augsburger Puppenkiste, resurrected by an
anarchic acrobat.

His art is what happens when white noise cancels out the rules and sets the black bird of your
unconscious free; free to play and metarmorphose. Oscillating between the comic and the uncanny.
Augustin Rebetez was born in 1986 in Switzerland. Since 2009, he has been regularly showing his work
in Switzerland and abroad, alternating between solo exhibitions and collaborative projects.
Augustin Rebetez was awarded the Photo Folio Review by the Rencontres d'Arles 2010, The Swiss
Photo Award in 2012, the Foam Talent in 2013 and the Vevey International Photo Award 2013-2014.
His works are part of the collections of Musée de l’Elysée Lausanne, Musée de l'Appareil
Photographique Vevey, Kunst Museum Thun, Credit Suisse, Aargauer Kunsthaus Aarau, Mudac
Lausanne, and Centre Dürrenmatt Neuchâtel, amongst others.