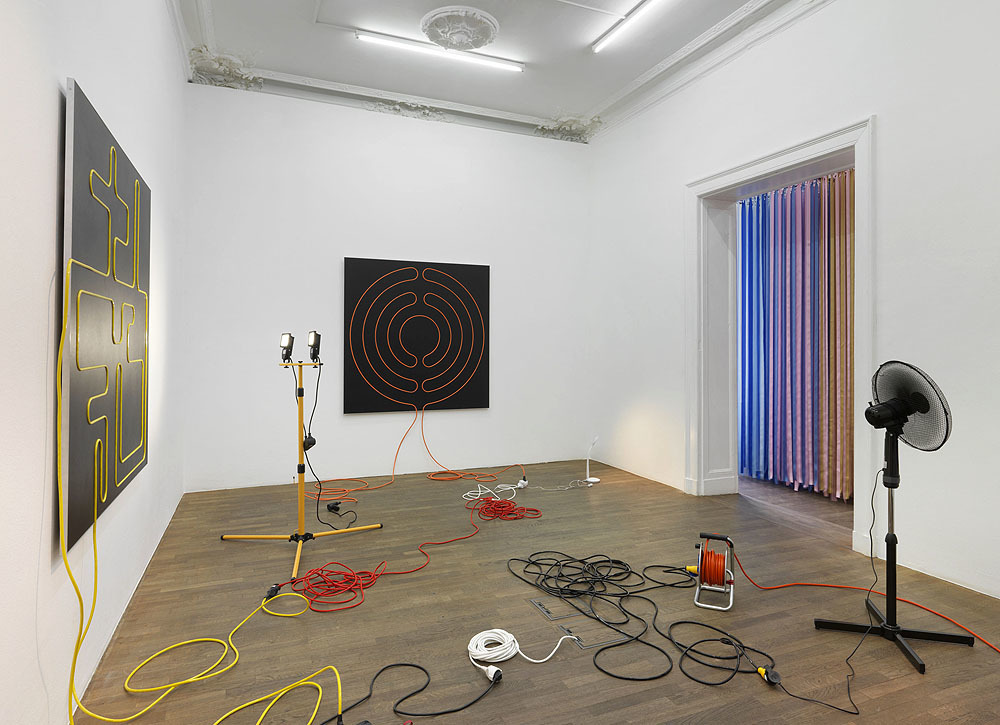 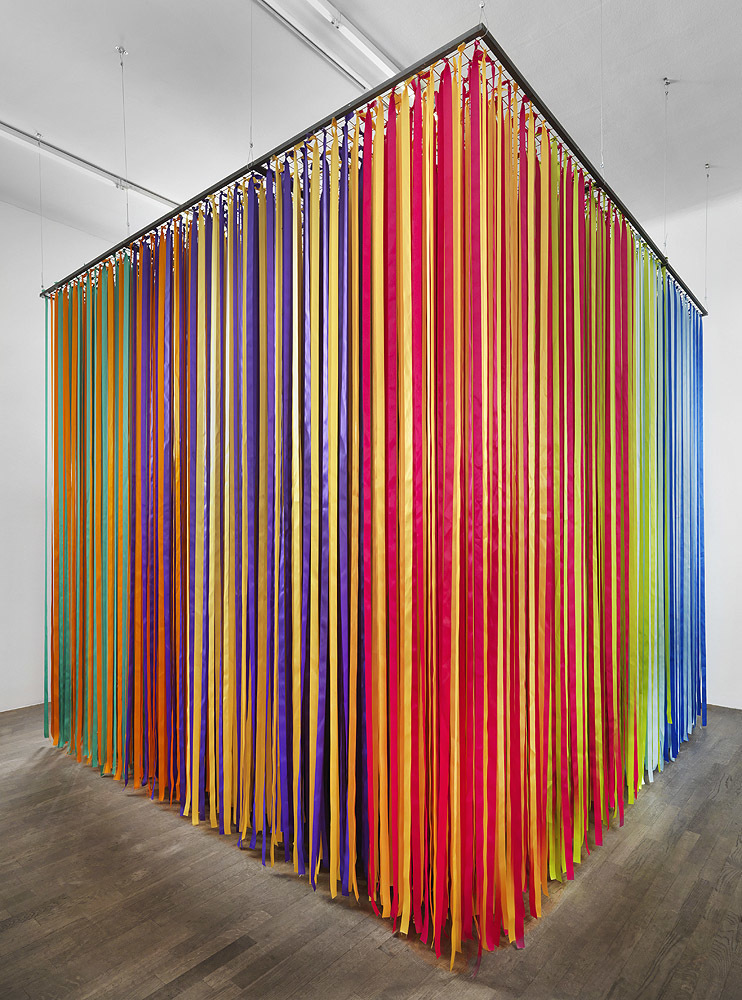 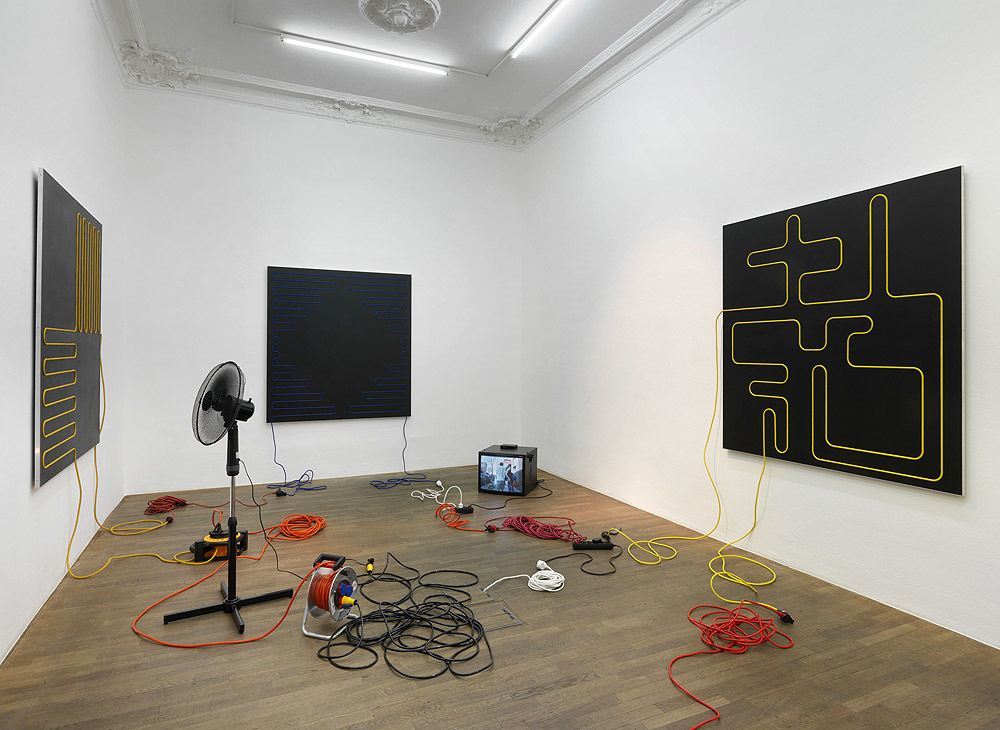 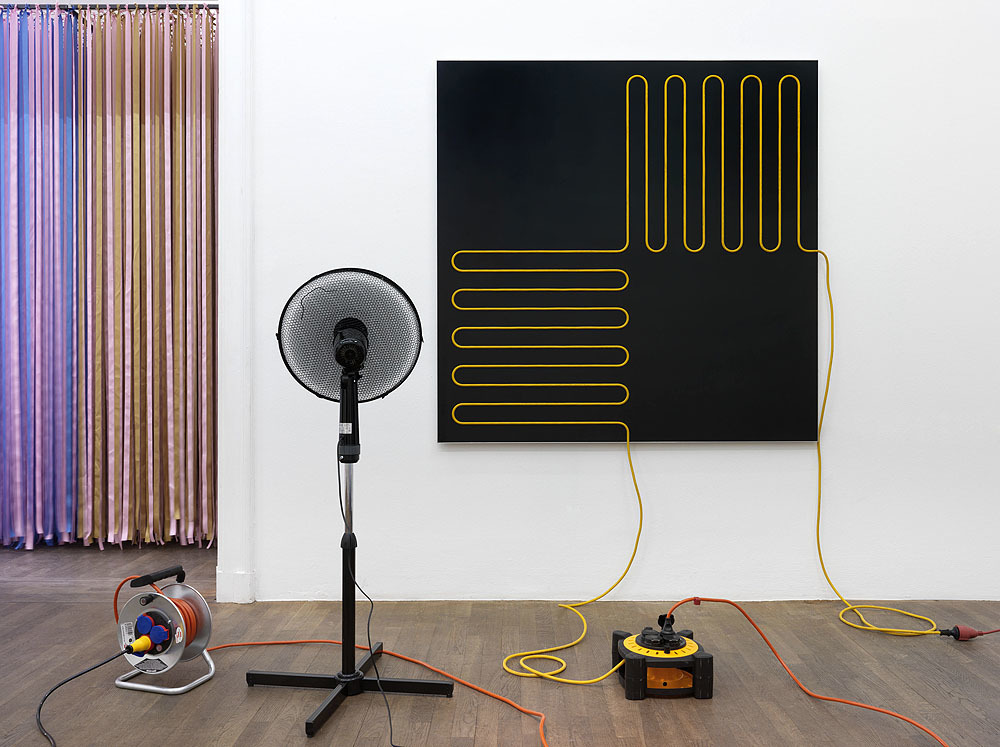 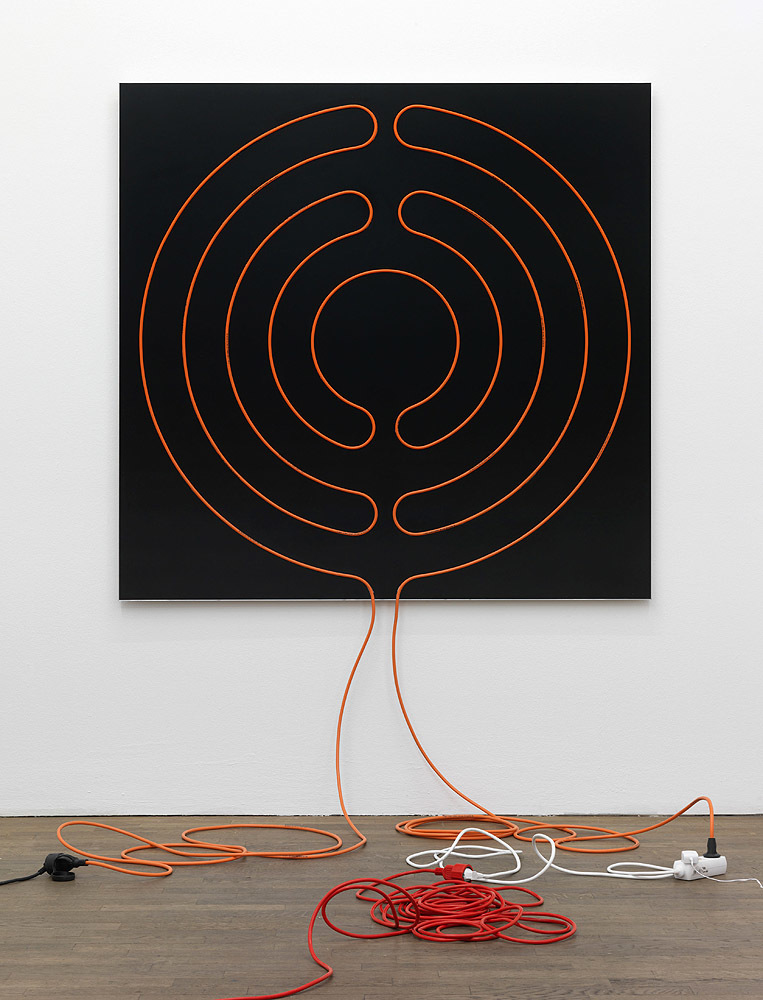 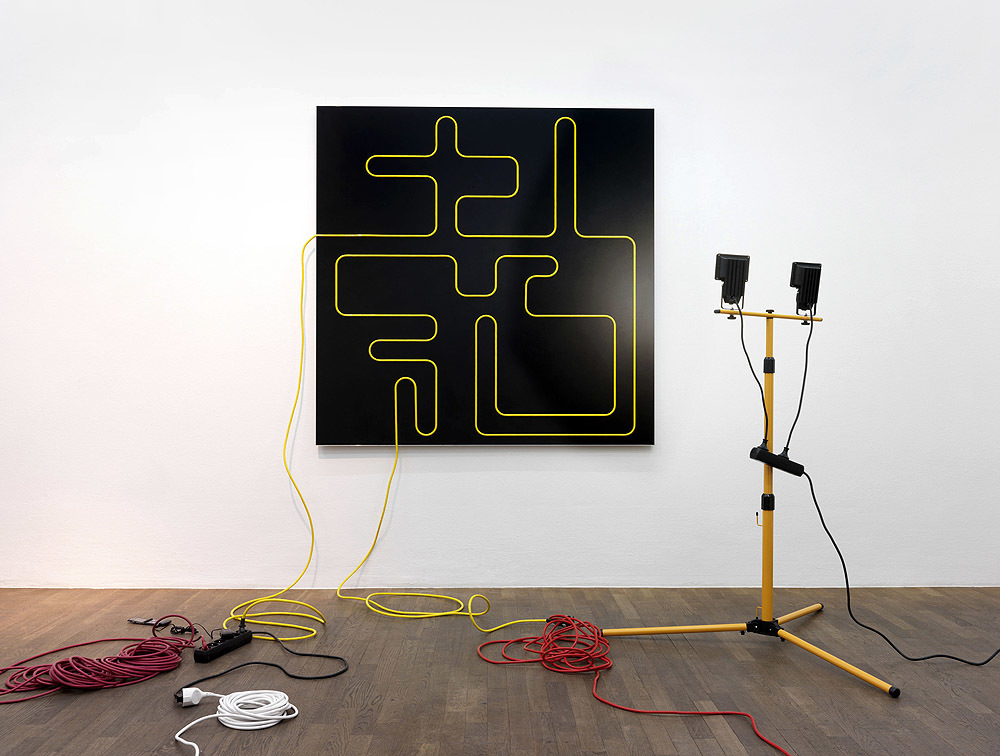 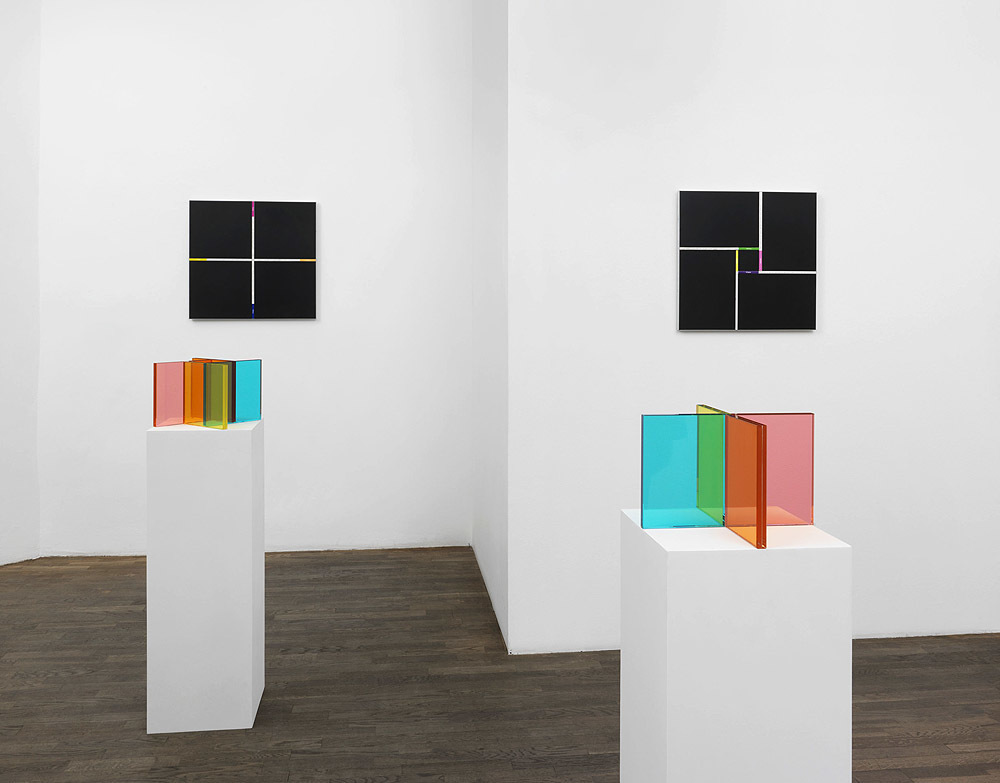 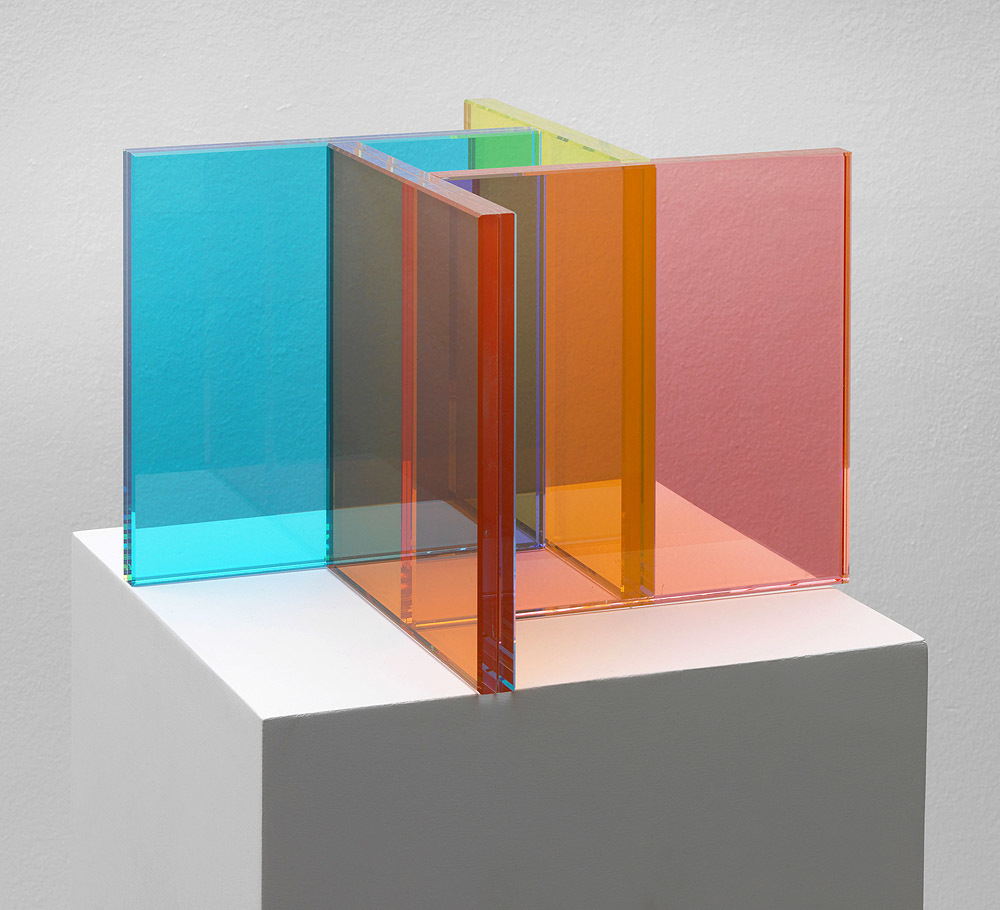 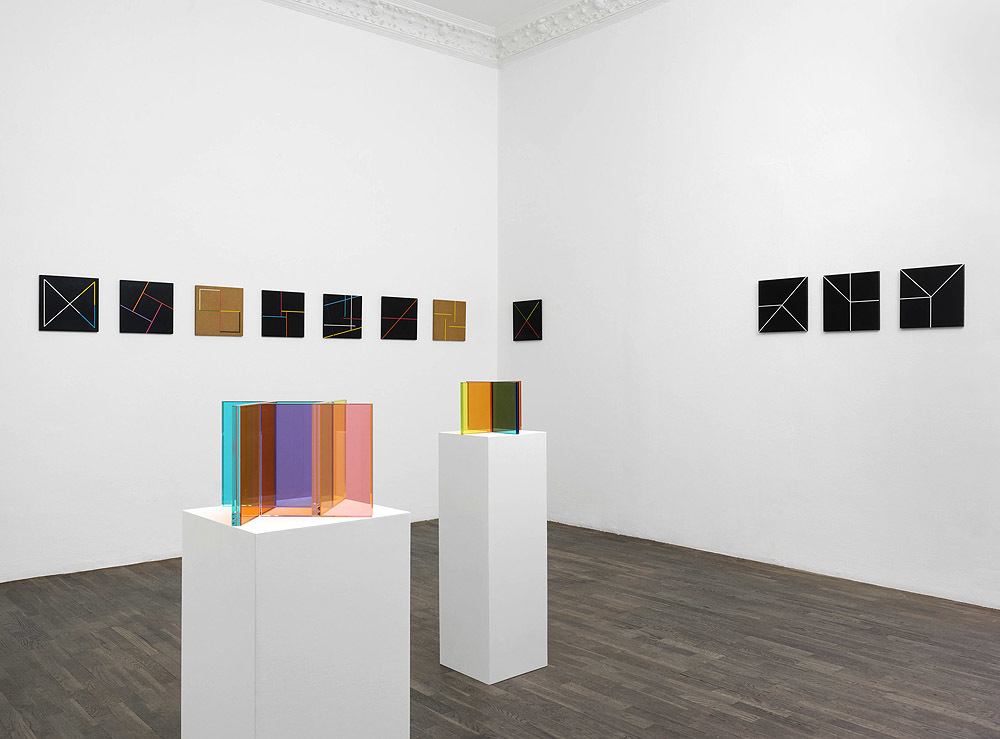 He celebrates geometric patterns, rhythm and repetition, and play- fully thematizes cultural and and social codes: consumerist culture and its objects, Nordic design of the 50s and 60s and the connec- ted Utopian life designs. By arranging identical objects in different colors in a series, they lose their original function and become new democratic forms: they become a community.

He shares the authorship of his works with the viewer and invents the term ‚Action Painting‘ anew. Dahlgren organizes demonstra- tions with fictitious flags and invites the viewer to throw the darts onto a screen and produce the work of art –not the painter creates the work, but the viewer’s bodily energy (I,The world,Things Life). Thus, his works oscillate with the place in which they are created or exhibited and grow from the flat surface into space. An impressive example is The Wonderful World of Abstraction, an installation of geometrically arranged colourful silk ribbons, which invites the vie- wer to become part oft the work of art.

Modernist abstraction becomes a space of experience and an open work, shaped in a process.The fusion of art and life happens in a unique way in Jacob Dahlgren‘s oeuvre: intelligent and immersive, monumental and yet playful.
Jacob Dahlgren completed a Masters degree at the Royal Insti- tute of Art in Stockholm and exhibited his works in various solo shows already: amongst them Workplace Gallery London (2015), Rua Red South Dublin Arts Centre (2014), Andréhn-Schiptjen- ko, Stockholm (2013), Linköpings Konsthall, Linköping (2010), and Henry Art Gallery, Seattle (2009).

His works are part of the collection of the British Museum, Lon- don, Daimler Collection, Berlin, the Collection of the European Central Bank, Frankfurt, Moderna Museet Stockholm and Kiasma Museum, Helsinki, amongst others.