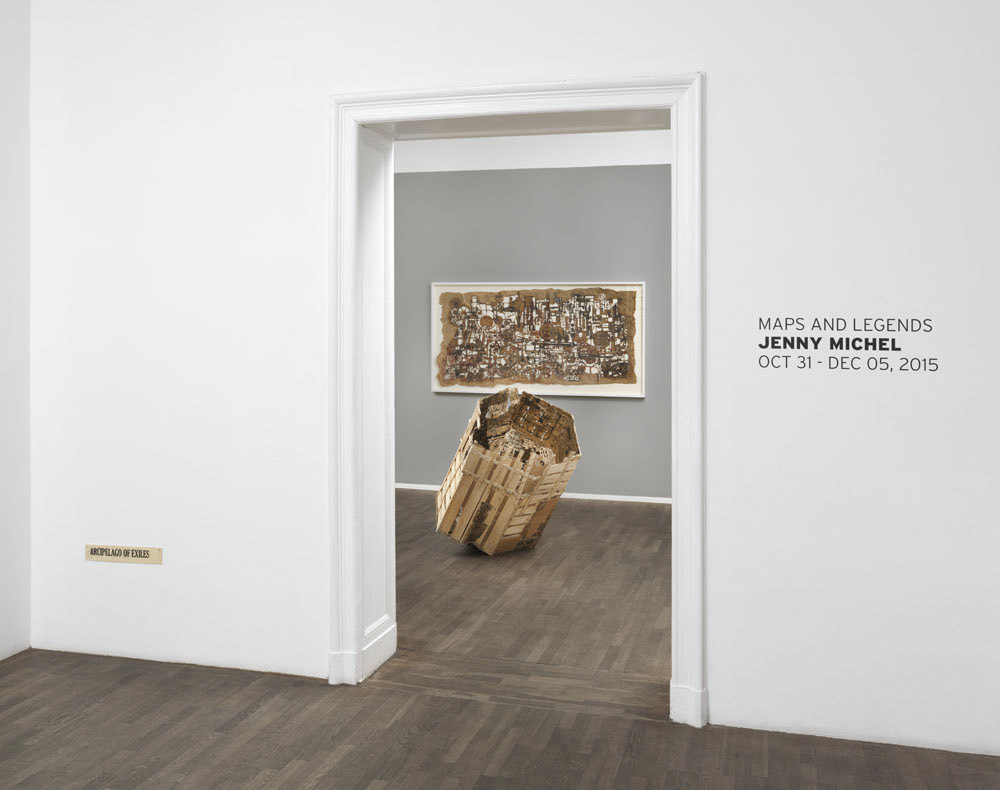 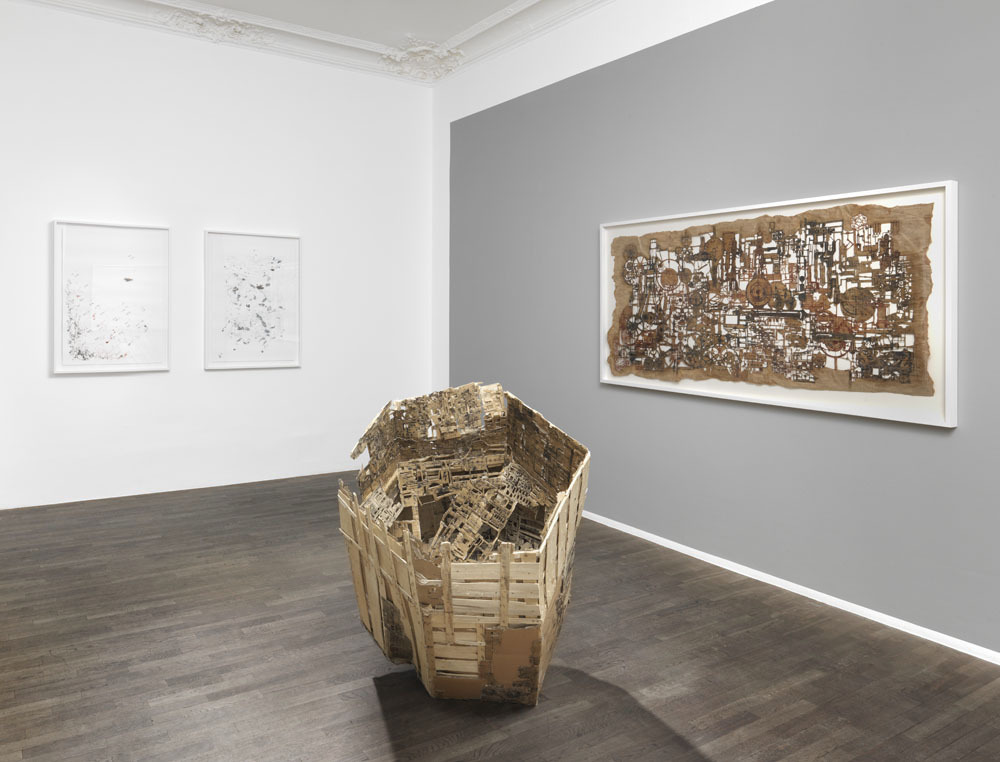 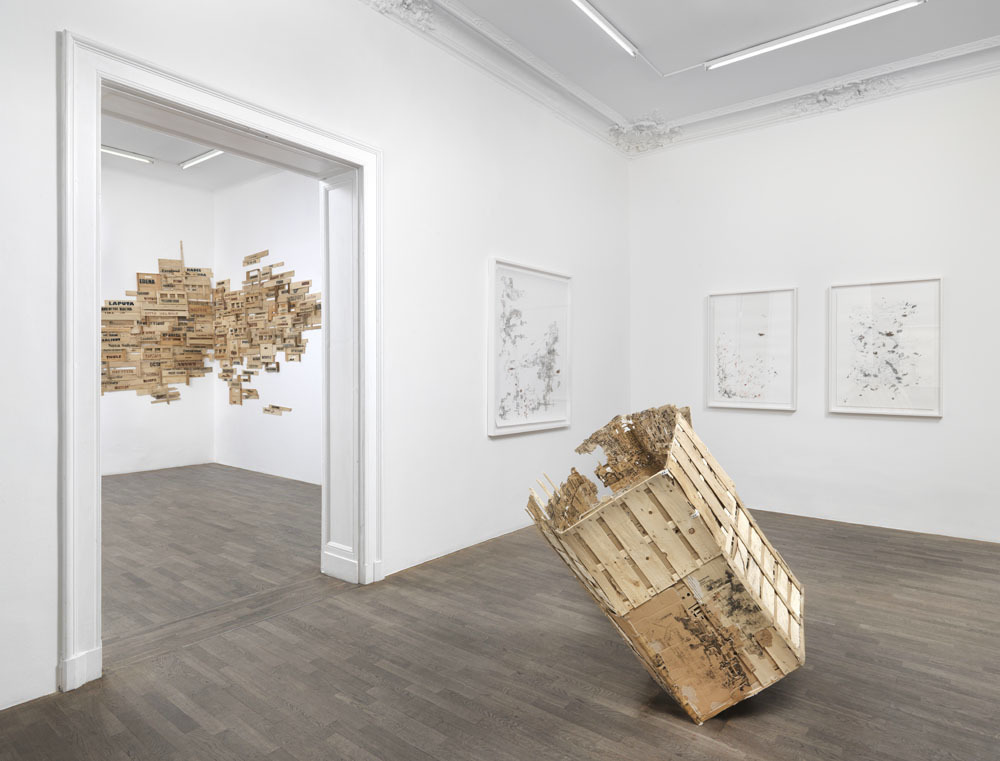 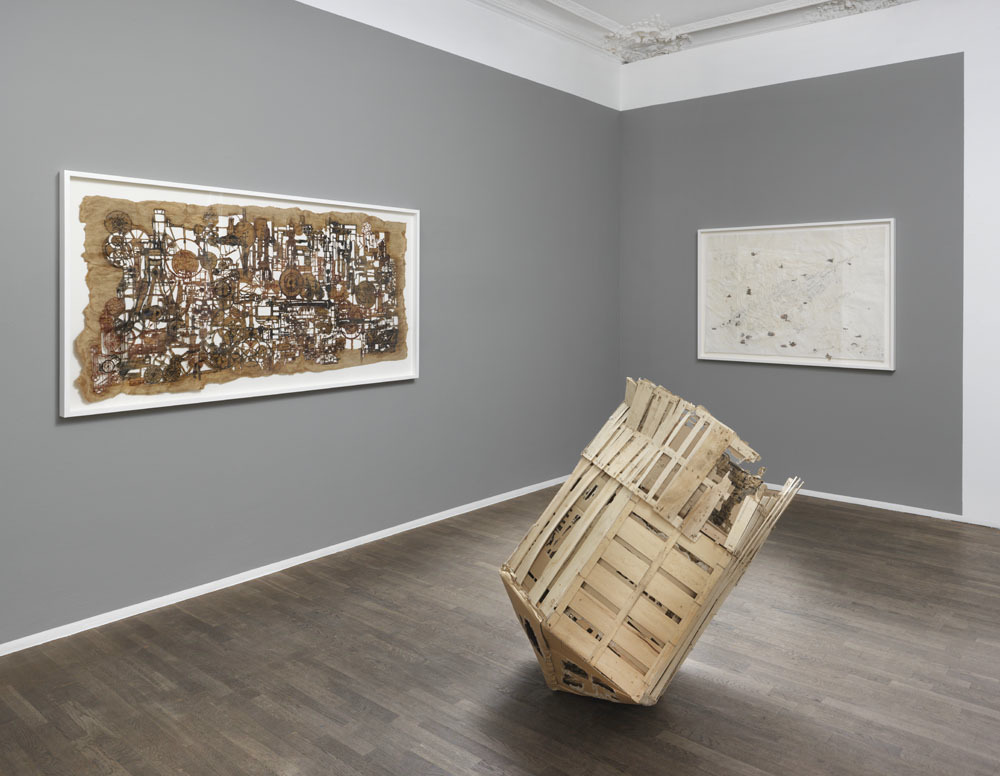 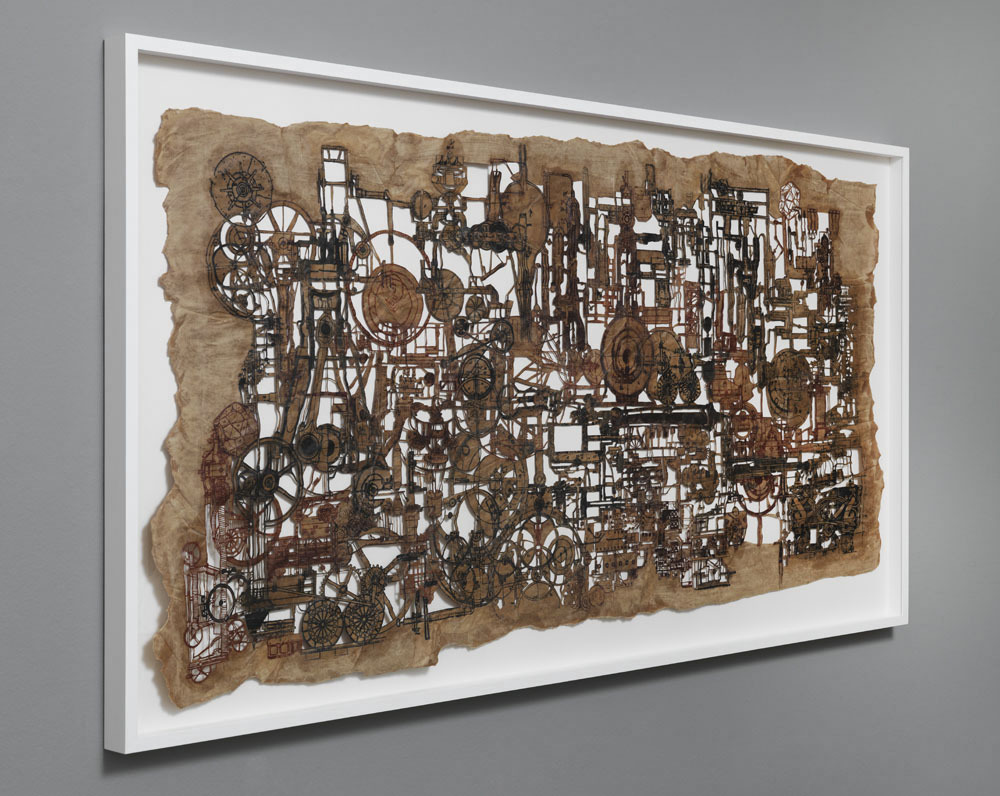 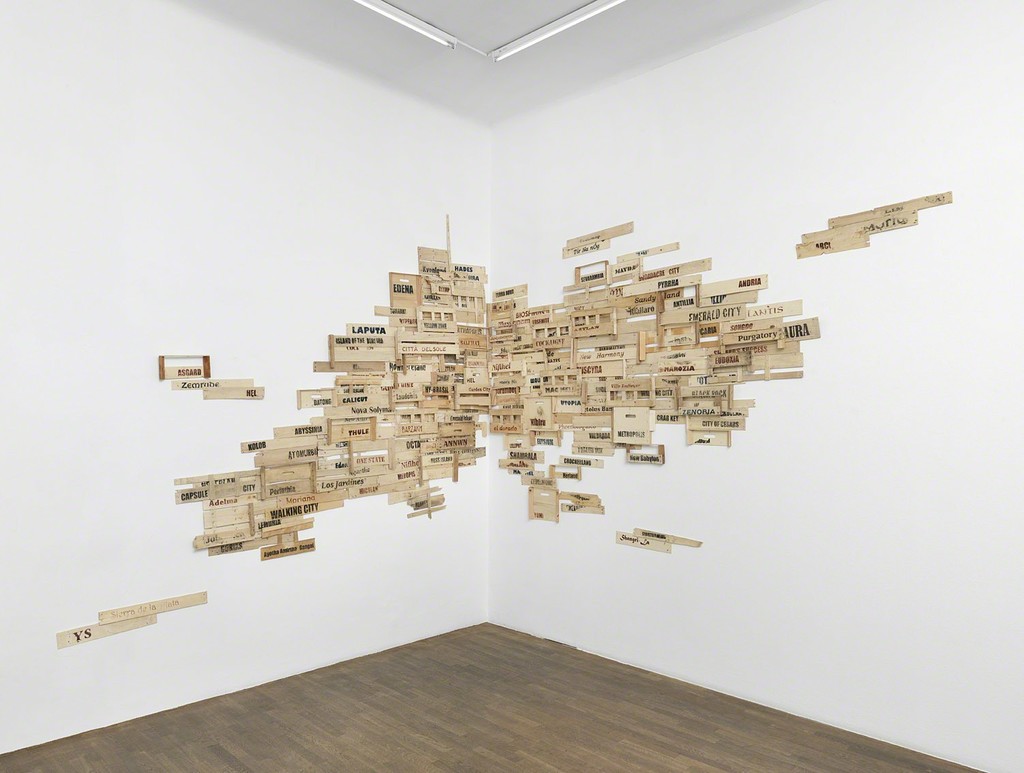 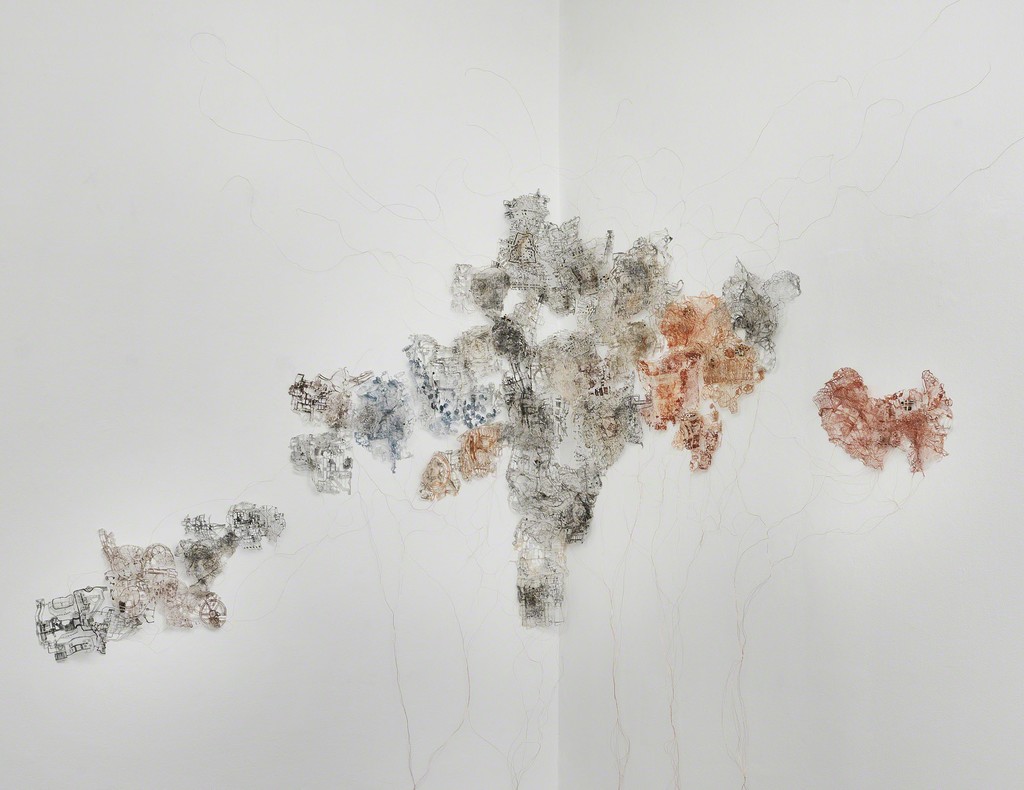 Jenny Michel makes the invisible visible, revealing the beauty that can be found at the interfaces between science, technology and art. Taking cartography, history, utopias and legends as her artistic material, she calls into question common conceptions about time, space and progress in the manner of a sensitive and analytical researcher – transparently diagnosing our thought-littered digital present. The artist also recognizes, however, the potential of the historically unique position we find ourselves in: standing on the pile of history's debris, we have seemingly constant and instant access to a complex architecture of knowledge and discarded knowledge. Even if this architecture takes on the form of ruins, fragments and dust in her work, every tiny part of Jenny Michel's multilayered collages, drawings and sculptures contains information. Her work forms a cabinet of curiosities of human thought.

FeldbuschWiesner Gallery is pleased to present Jenny Michel’s third solo exhibition at the gallery. The opening will also see the launch of the artist's first comprehensive monograph: the catalogue Trashing Utopia comprises 160 pages and is published in October by Cologne-based Strzelecki Books, on occasion of Michel's solo show Trash Thought Chronicles at Kunstverein Ludwigshafen in spring 2015.

Jenny Michel (*1975, Worms) studied at Kunsthochschule Kassel under Prof. Norbert Radermacher, Prof. Bjørn Melhus and Prof. Ursula Panhans-Bühler. Jenny Michel's work was most recently displayed in a comprehensive solo exhibition at Kunstverein Ludwigshafen. Her art has also featured in several group exhibitions in well-known institutions, such as System and Sensuality at the Kupferstichkabinett in Berlin (2013) and Drawing a Universe at KAI 10 in Düsseldorf (2013). The artist has won several awards, including the HAP Grieshaber Prize in 2010, and was granted the EHF scholarship of the Konrad-Adenauer-Stiftung in 2008. Her works are part of the public collections of the Kupferstichkabinett Berlin and Berlinische Galerie, as well as Eres Foundation Munich. The artist lives and works in Berlin.