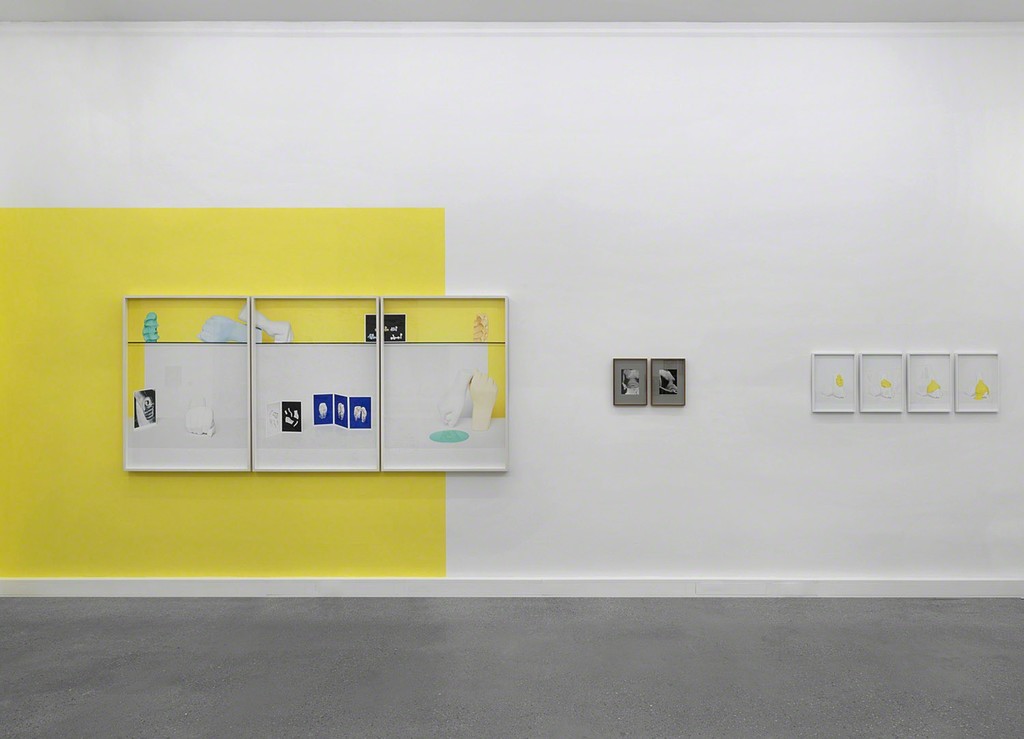 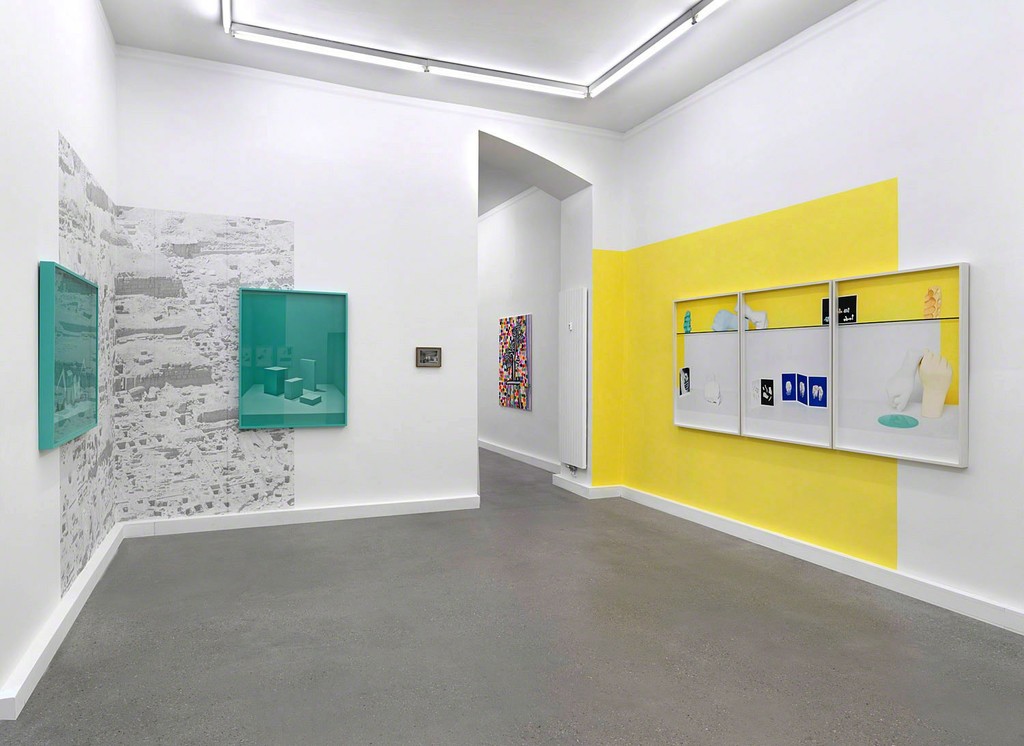 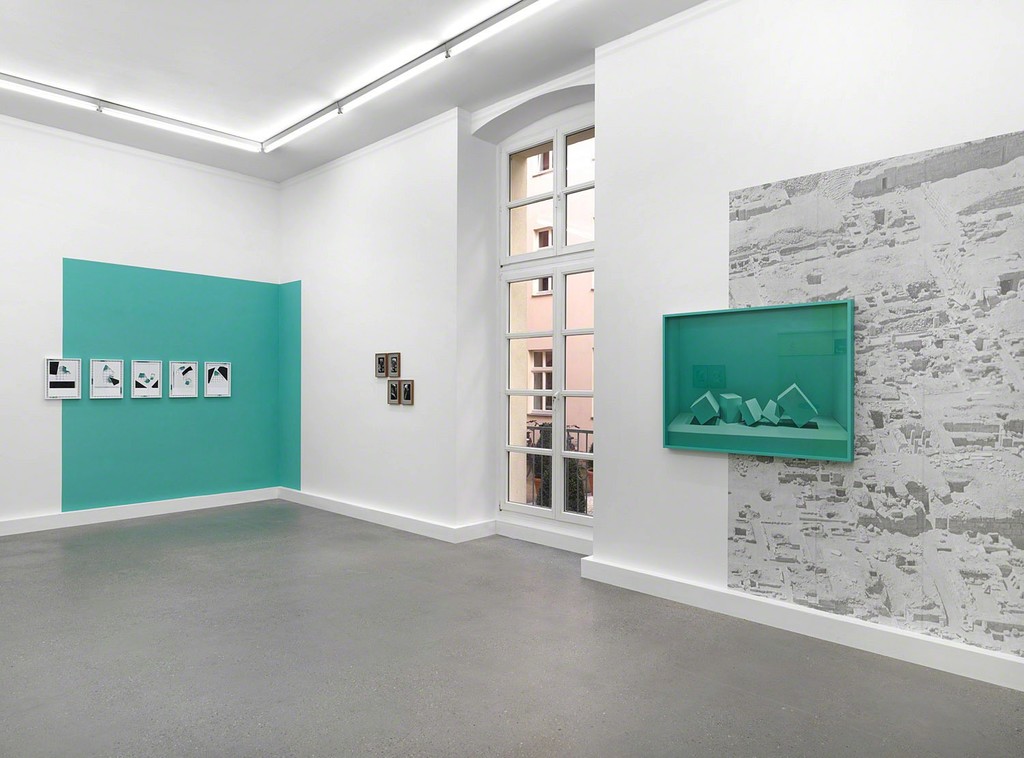 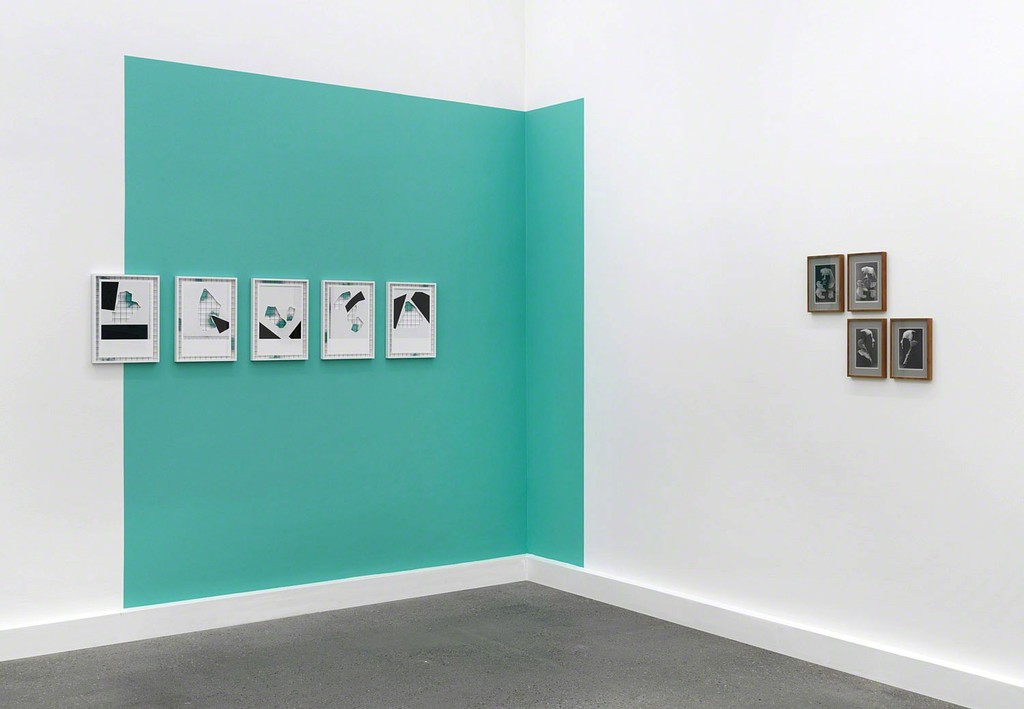 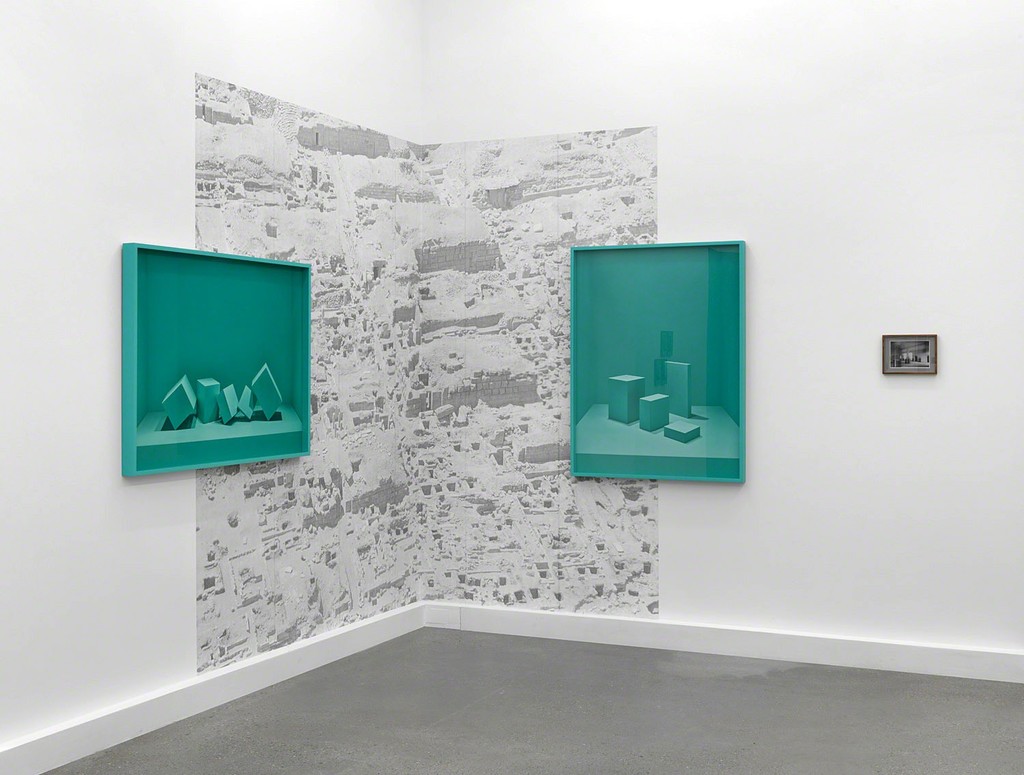 In his new series of works, Samuel Henne (*1982) focuses on displacements and constellations. The exhibition is a continuation of the work he did for his solo exhibition at the Kunstverein Hildesheim (2016, with catalogue), where he entered into a dialogue with historical photo material from the Roemer and Pelizaeus Museum. In the gallery, the artist presents a selection of photographic works, dealing with various aspects of representation, including the extent to which sculpture can represent something and be transformed into an image, as well as the role of material and visual forms in the presentation of objects. For his presentation, Henne made a colorful, rhythmic wall design that overlaps in such a way that an unusual displacement is created in the space.