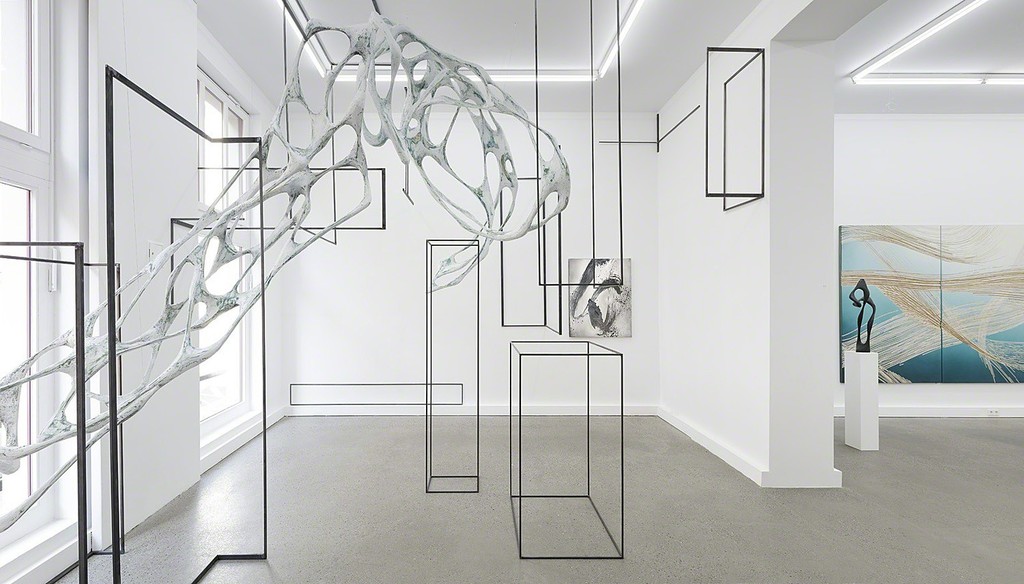 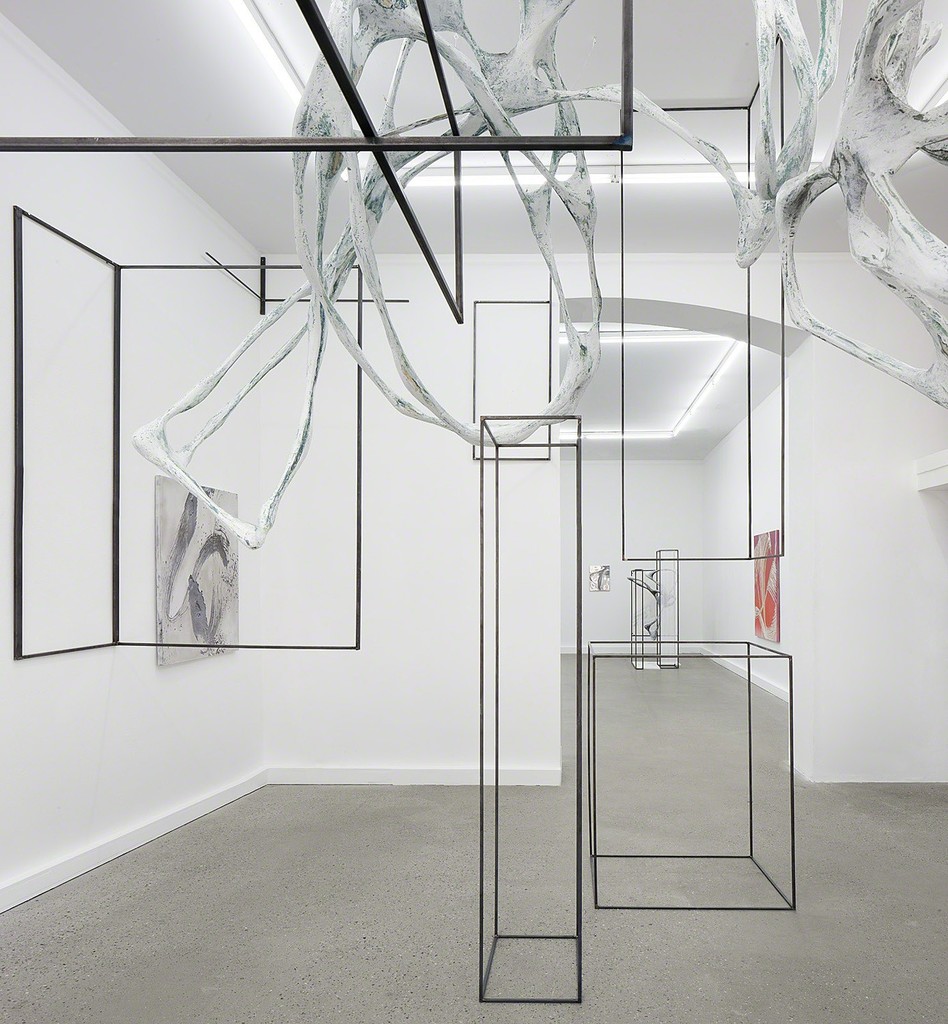 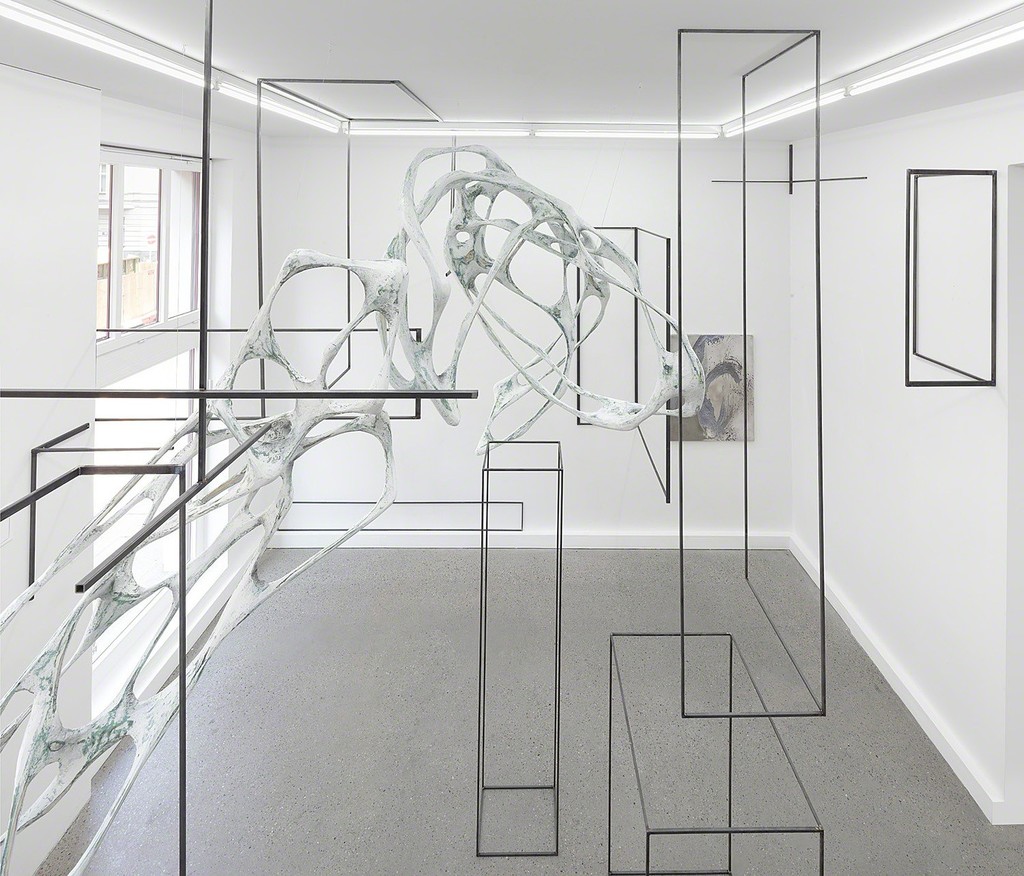 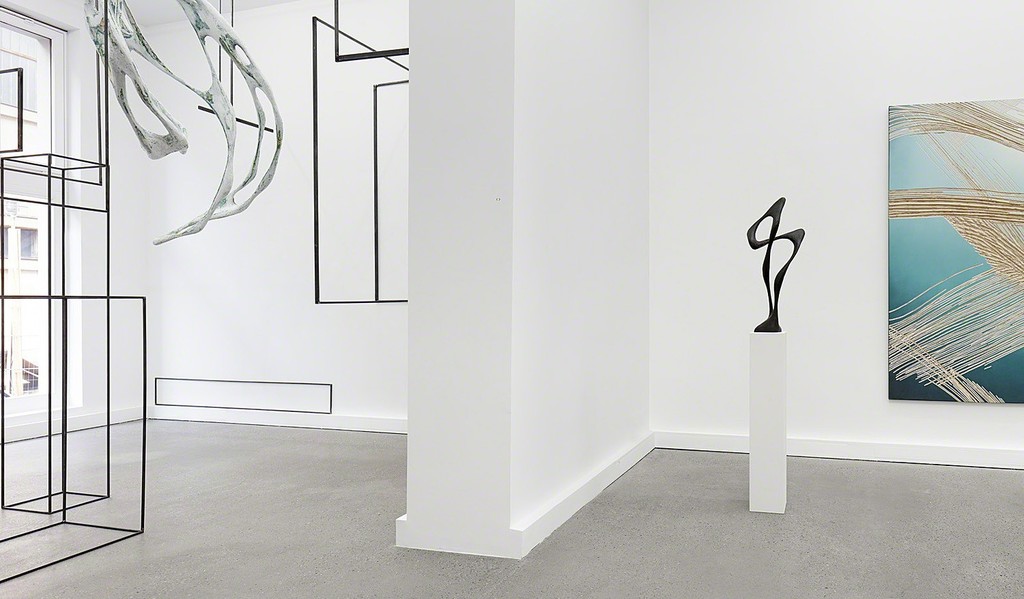 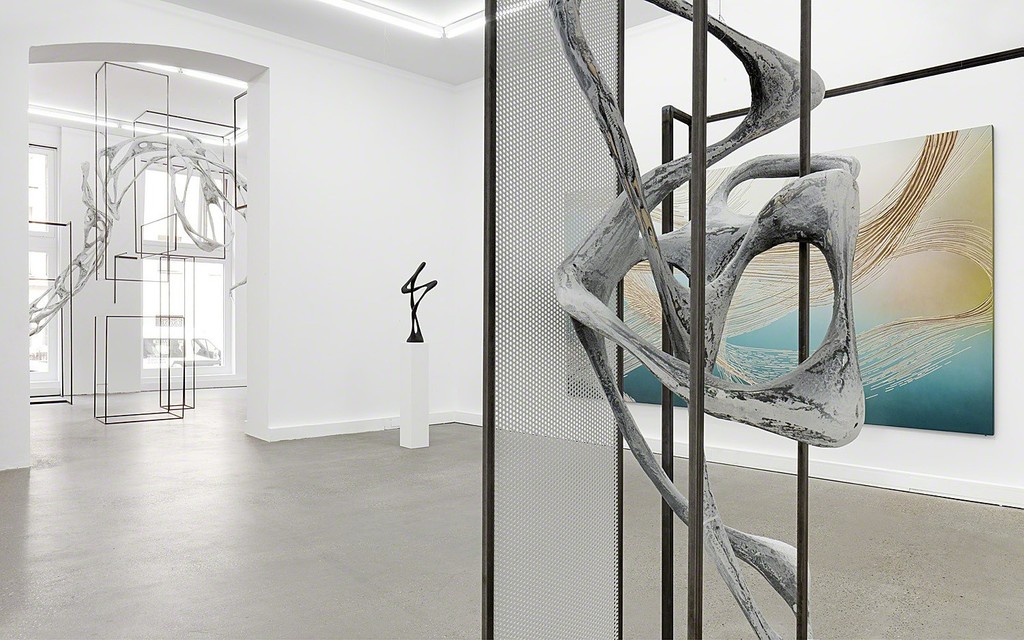 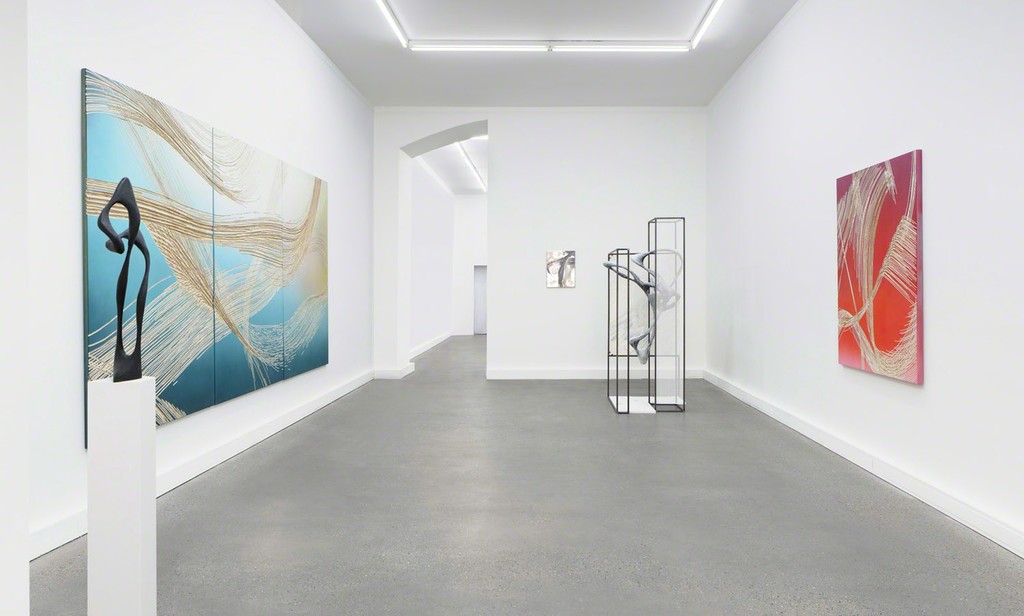 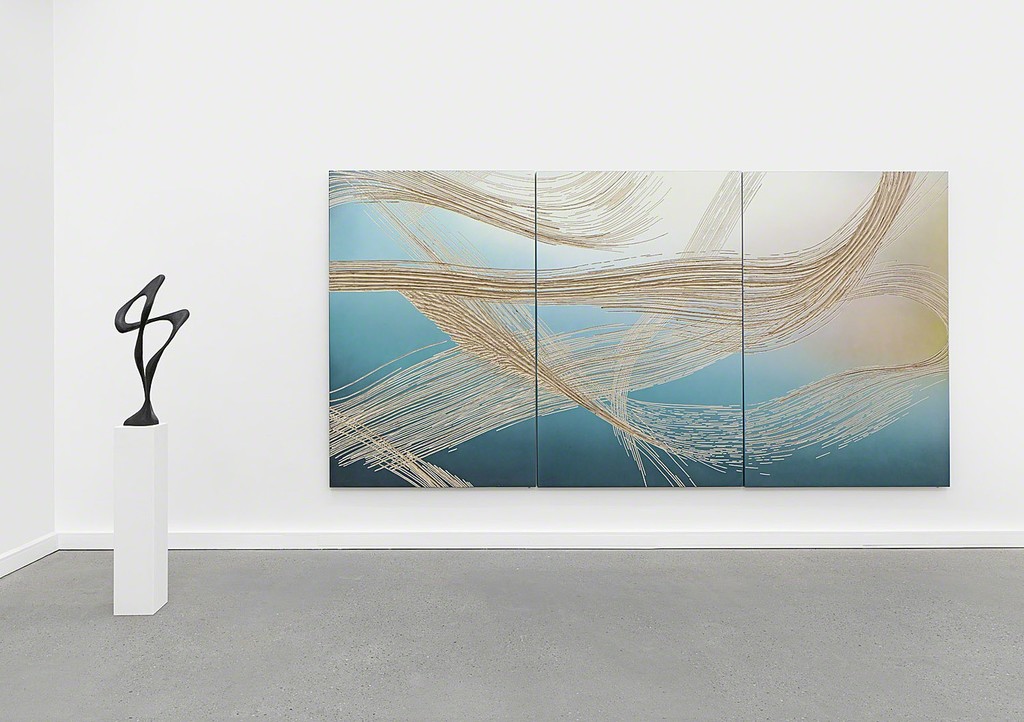 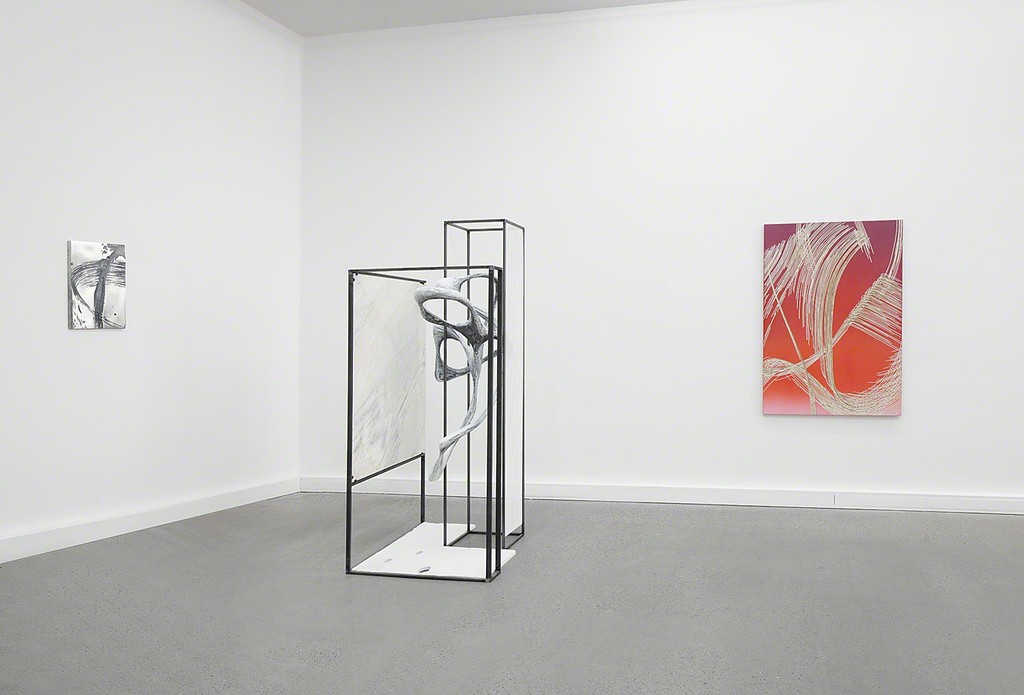 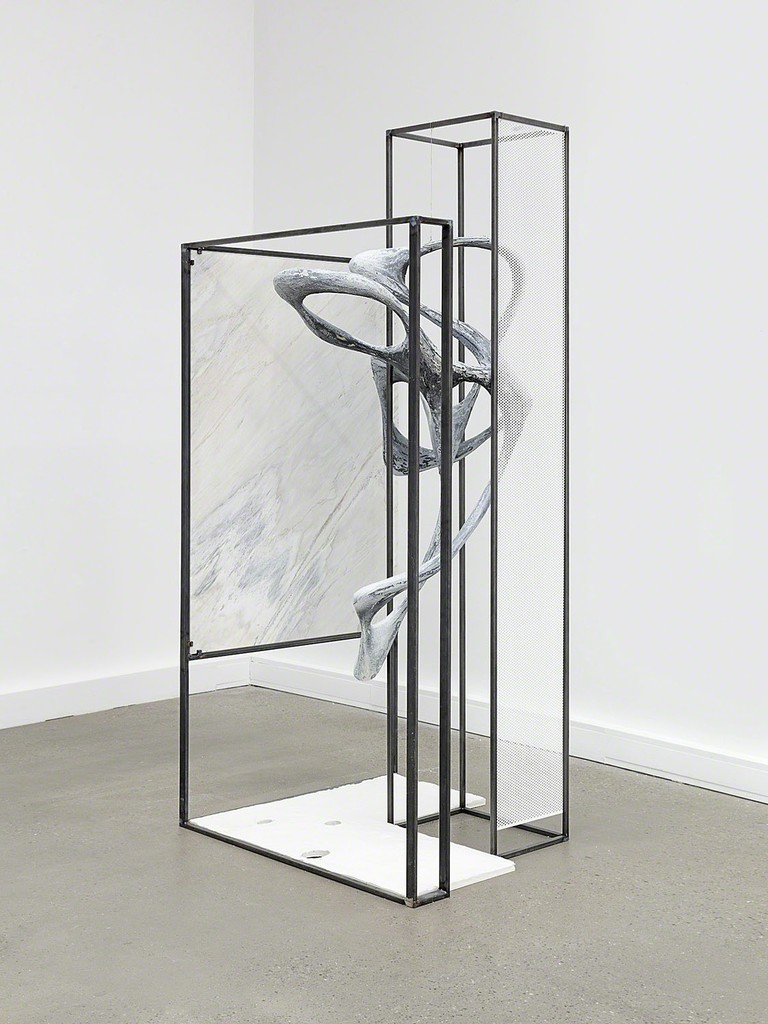 With his dynamic sculptures, Berlin sculptor Wolfgang Flad develops complex spatial narratives:The organic forms are perpetually in the pro- cess of generating a space that simultaneously opens and withdraws from the viewer, creating an infinite energy cycle. Oscillating between organic and geometric, the forms are cell, body, space, network and line at once, and always come directly from the artist – from very personal reactions. Using an intuitive approach that transcends the traditional figure-based conceptions of classical sculpture, but that is nonetheless developed from its complexity,Wolfgang Flad disrupts the notion of sculpture as volume, instead focusing on bringing out the core of a form: its essence.This ori- ginal form never stands still but is in a state of constant transformation. The artist’s materials include wood, paper mache, paint and metal.An im- portant influence onWolfgang Flad is Giuseppe Penone.A major name in Arte Povera, Penone is known for taking industrially processed materials back to their natural origin.