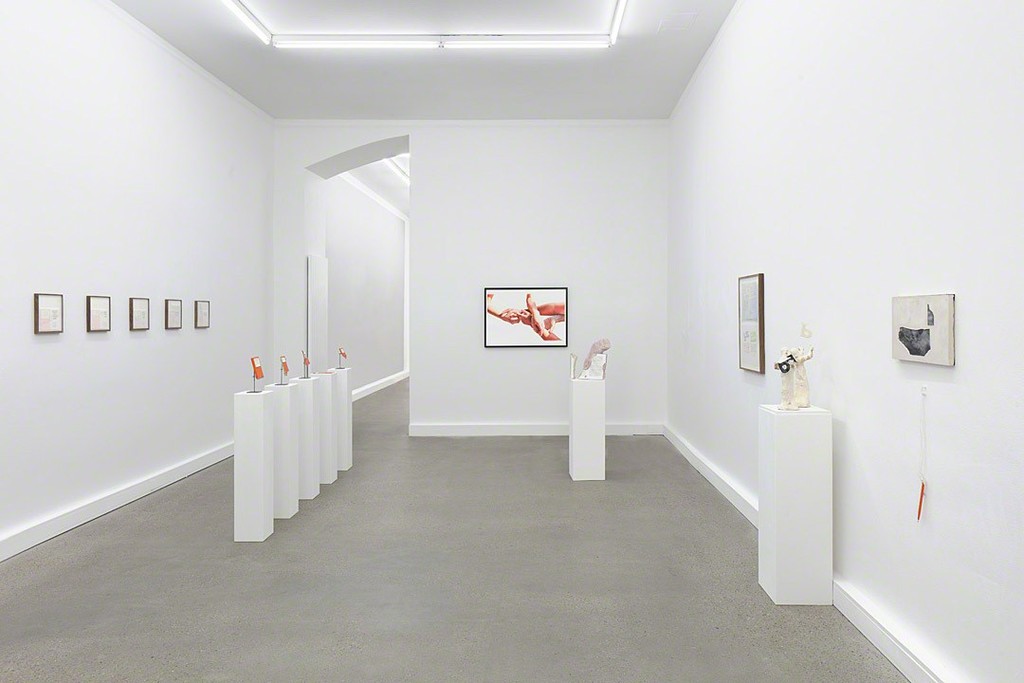 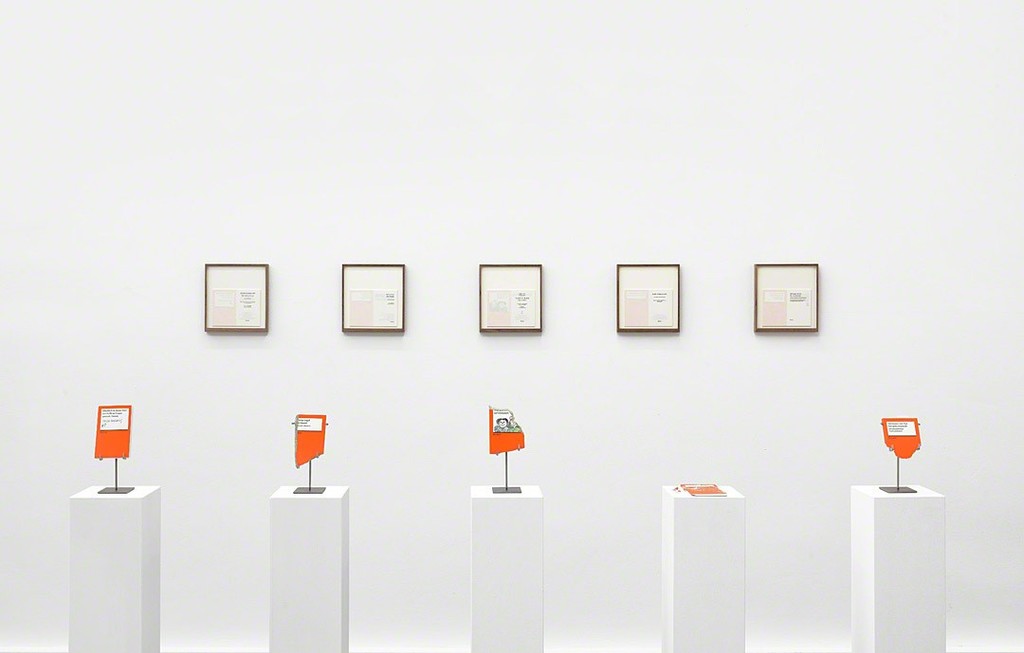 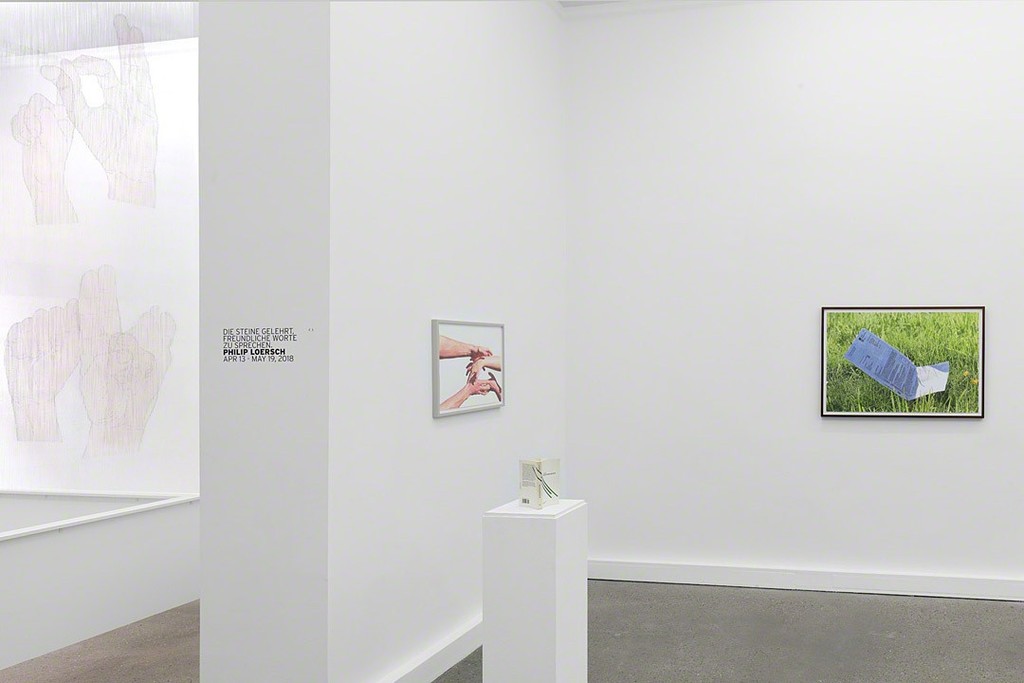 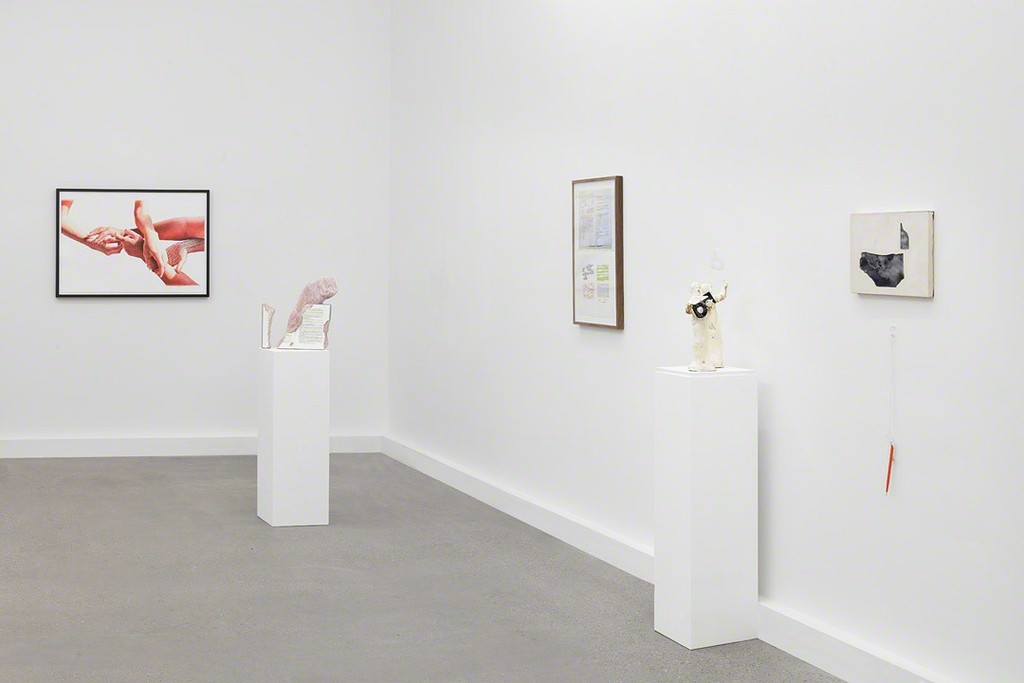 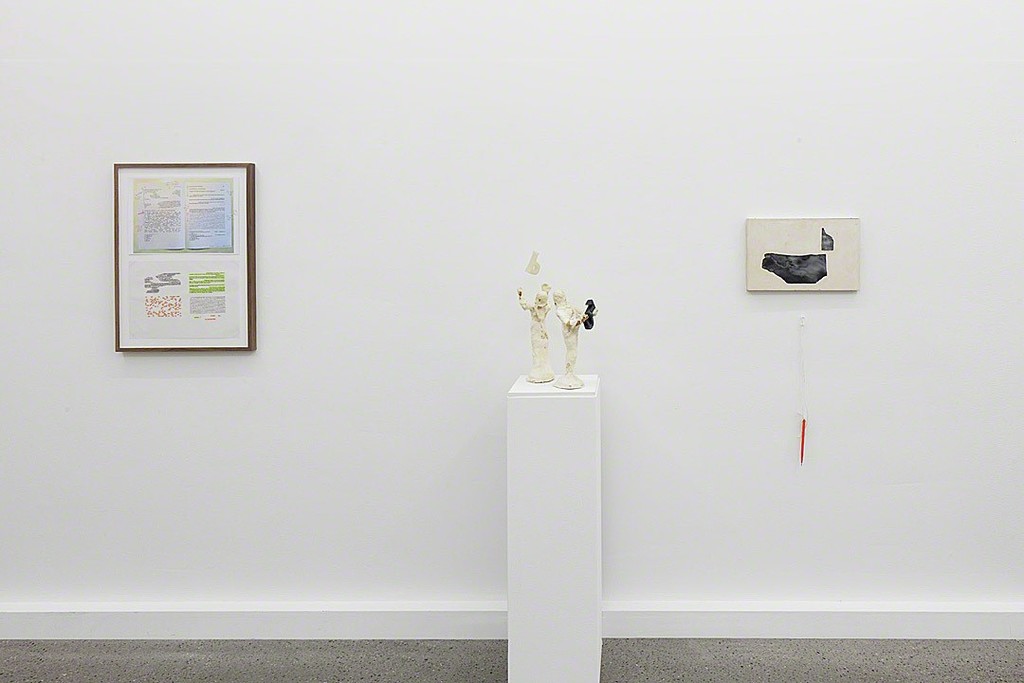 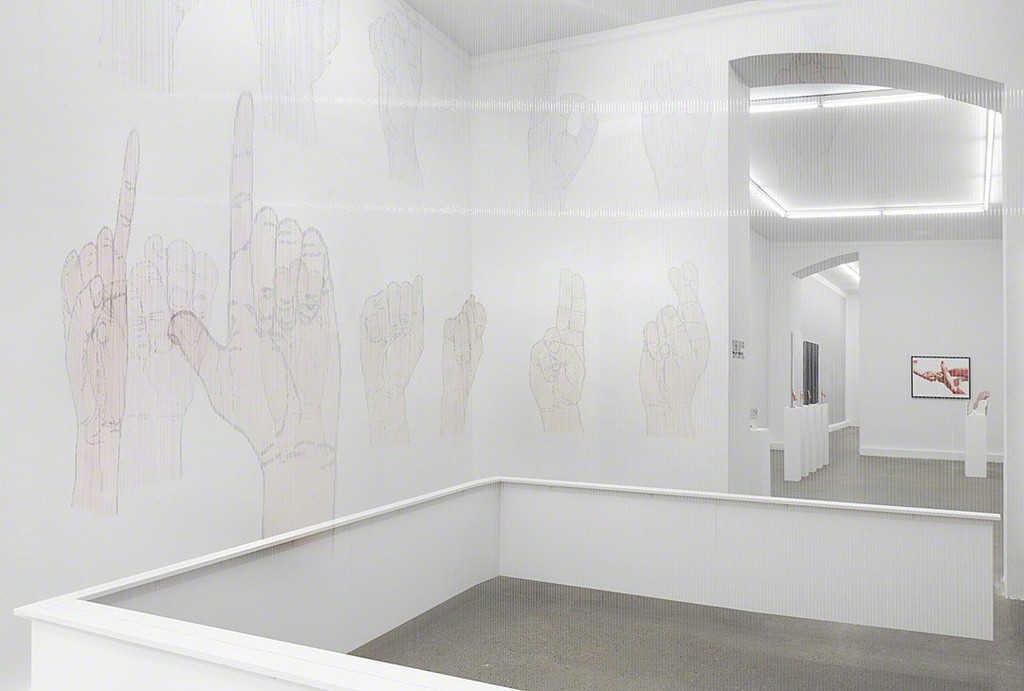 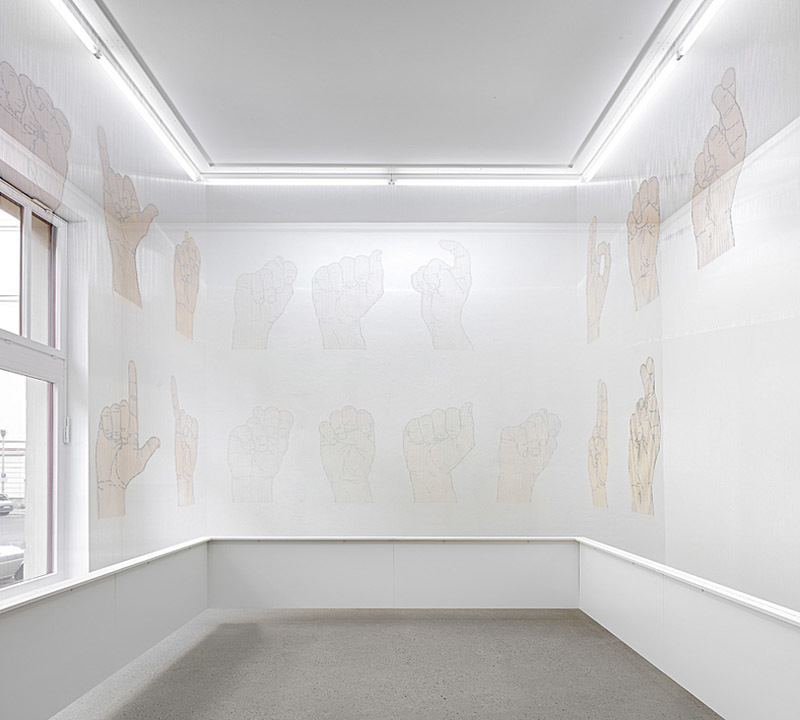 Philip Loersch doesn’t just read books. He makes them his own by expertly
fashioning them in stone. Drawn trompe l’oeil, the covers invite viewers to read a book that cannot be opened. Reason and logic are just as important for Loersch’s works as is humor; the boundless pleasure in drawing is just as elementary as patience and diligence.

FeldbuschWiesnerRudolph presents a selection of the artist’s new drawings, sculptures and installations, which were created as a contiguous narrative for the gallery. Not only paper and pencil, but also soapstone and nylon threads are among the media he works with.

Philip Loersch is interested in making knowledge and knowledge structures visible – as well as in the idea that Michelangelo made visible the figure inside the stone rather than sculpting the stone into a figure. He is not a copyist – such as the protagonist in Nikolai Gogol’s novella, “The Overcoat,” which he counts as one of his inspirations – but a draftsman through and through, who represents his material exactly, who transforms it and who simultaneously has the courage to smash it to pieces thereafter.

This is how he creates his quasi-archaeological finds – splinters of Reclam booklets made of stone that outlive their papery predecessors, but that can never be read. The idea of the text, however, immanently preexists in the stone. The stones can now indeed speak. The title of the exhibition comes from one of those graffiti in Pompei that have been able to endure for a long time in the form of signs scratched into stone and that constitute one of the sources for the statements made by the exhibition. In Loersch’s stone sculptures, writing becomes what it is when there is no reading – a sign. An I was here scratched into the wall.

Also part of the exhibition: a drawing of his pension statement, idyllically placed inside a North German garden, delicate and accurate, attentively executed down to the smallest leaf of grass and the tiniest letter. An official letter on cheap paper, one of those that habitually makes cultural workers laugh or that brings them to tears, is thus imbued with the penciled version of the kind of emotion and dignity due a beloved person. Philip Loersch calls it a self-portrait: “The Old Garden.” The artist’s special kind of humor immediately attracts viewers who take a closer look, drawing them into his work.

Philip Loersch has exhibited in solo exhibitions at FeldbuschWiesnerRudolph, Berlin, and at the Jette Rudolph Gallery, Berlin (since 2009), as well as at the Rainer Wehr Gallery in Stuttgart (2009-2016), in a duo show with Hanne Darboven at the poolhaus blankenese in Hamburg (2015), at the Kunstverein in Friedrichshafen (2011), the Kunstverein in Lippe (2011), the François Ghebaly Gallery in Los Angeles (2010), the Overbeck Gesellschaft in Lübeck (2009) and Kloster Schönthal/CH (2007). In addition, the artist is regularly featured in group exhibitions, including at the Martin Kudlek Gallery in Cologne (2017), the Kunstsaelen in Berlin (2016 and 2010), the Kunsthalle Hamburg (2016 and 2010), the Haus am Lützowplatz (2016), the Städtische Galerie in Ostfildern (2016), the Brandenburgischer Kunstverein in Potsdam (2013), Künstlerhaus Bethanien (2013), MMK in Klagenfurt/A (2011), the Kunstverein Eislingen (2010), the Wilhelm Hack Museum (2010), the Städtische Museen in Heilbronn (2010), the Kunsthaus Zürich (2007), the Museum Kunstpalast in Düsseldorf (2007), the Kunstmuseum Thurgau (2007), and others.