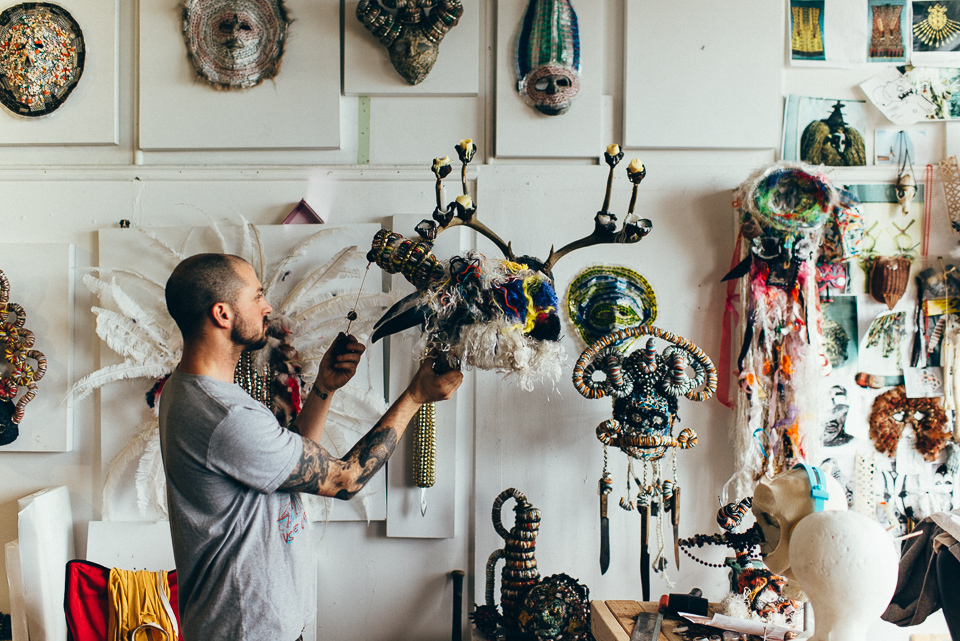 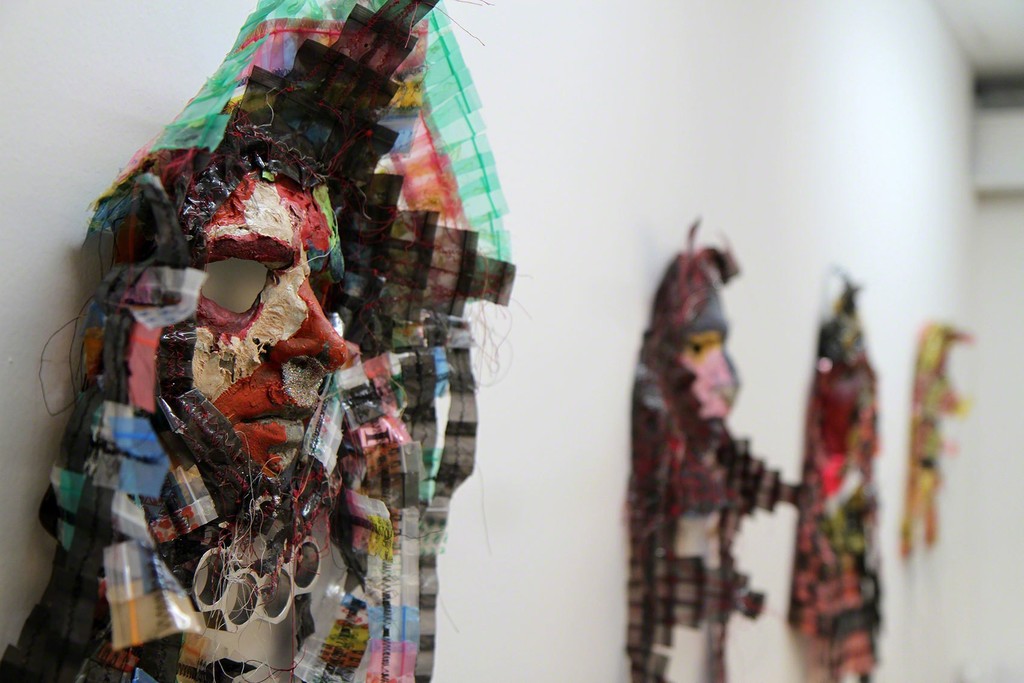 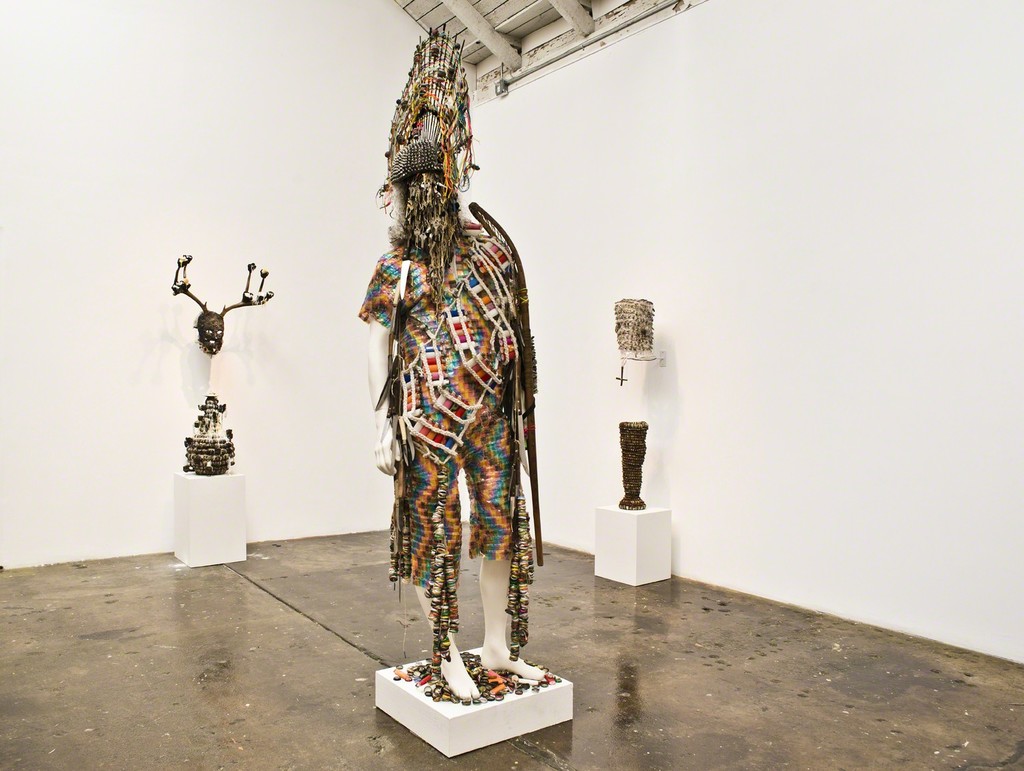 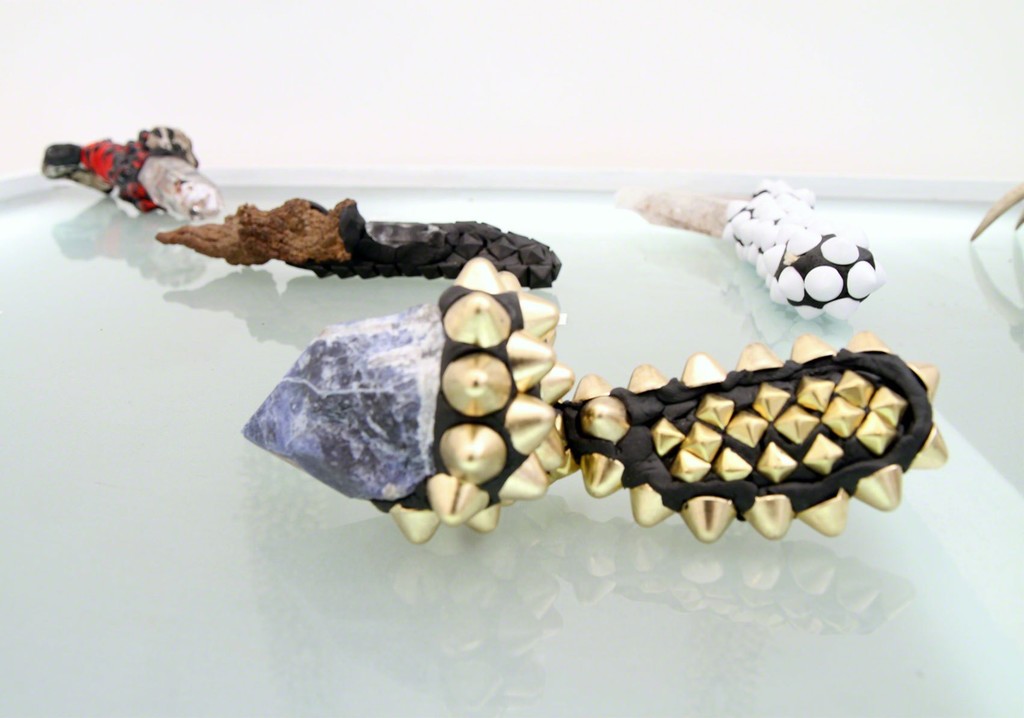 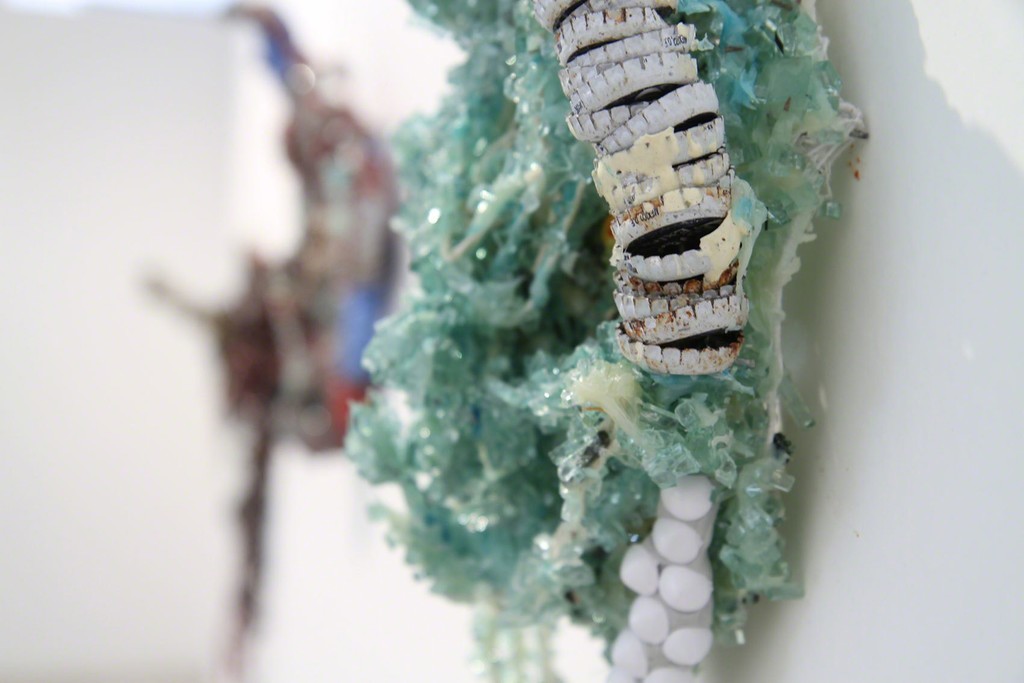 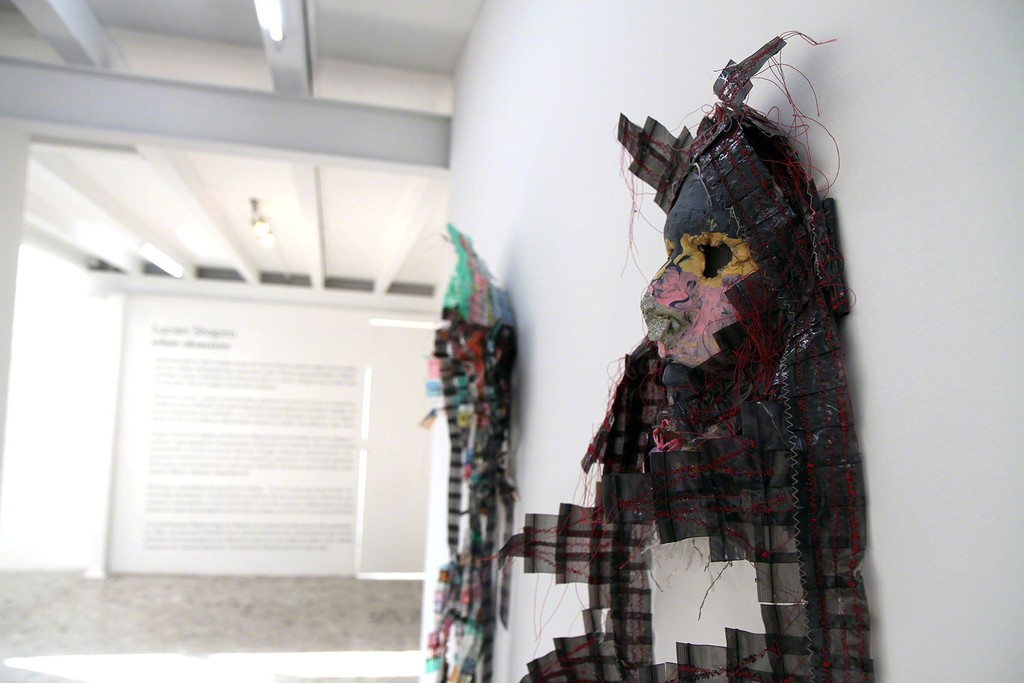 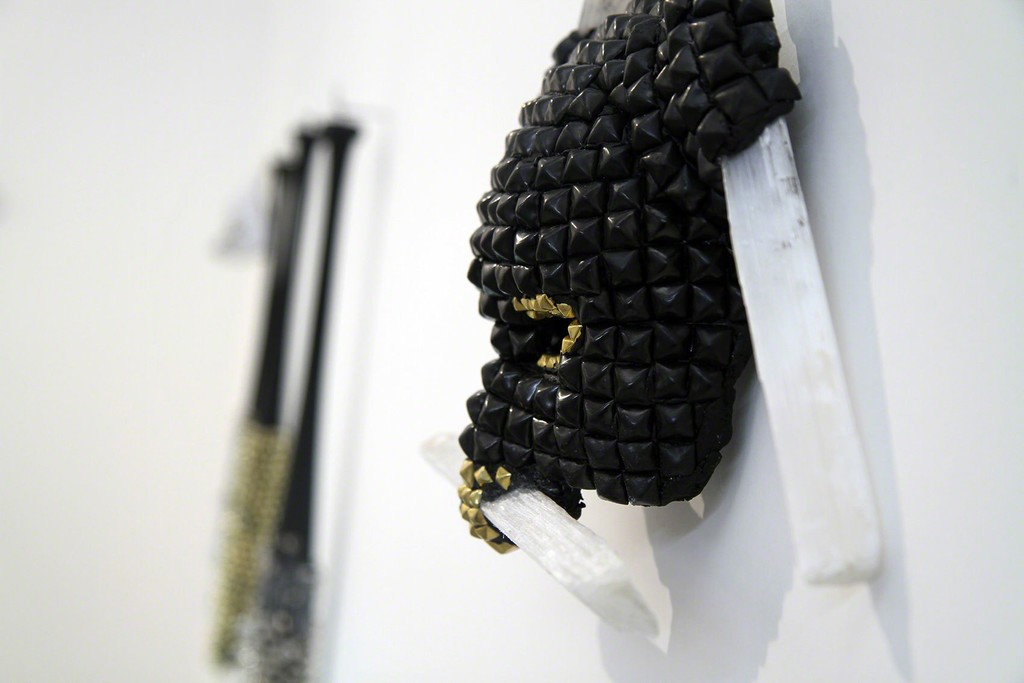 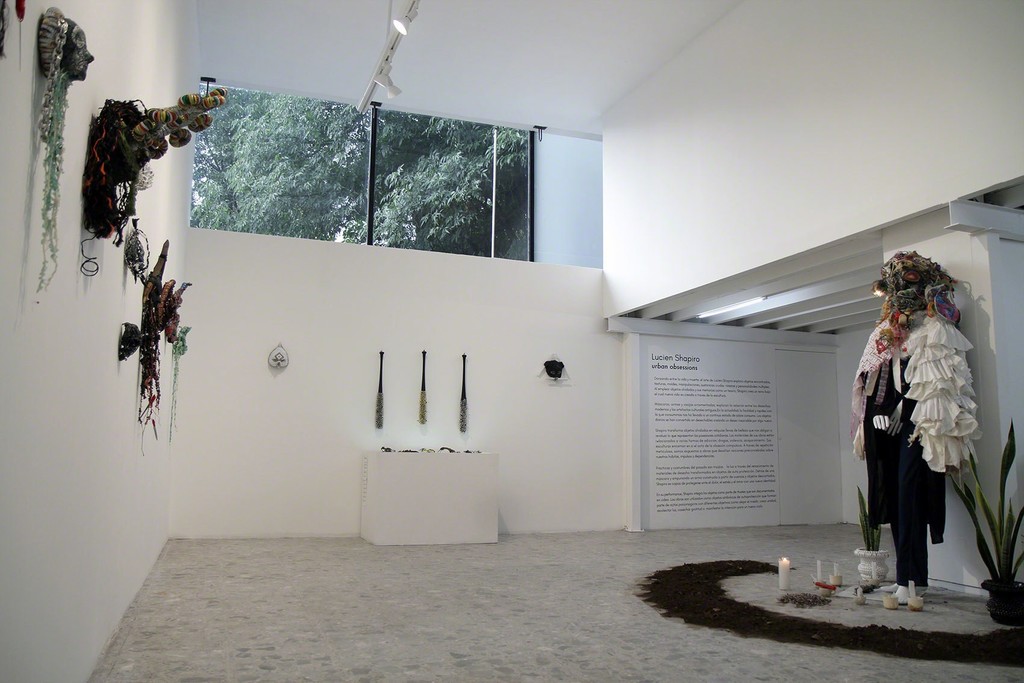 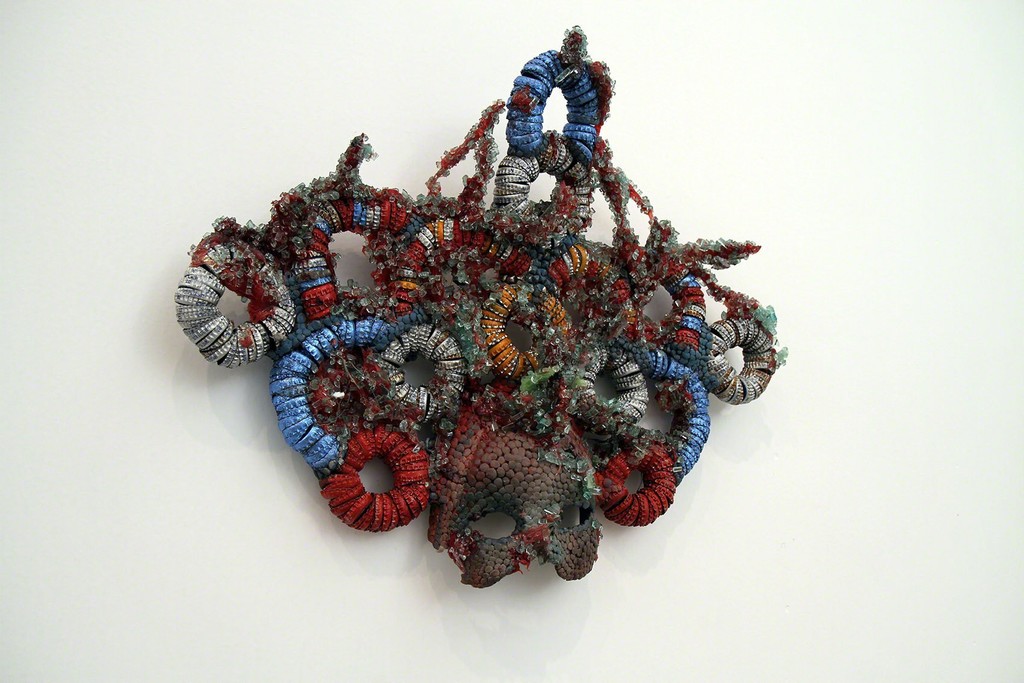 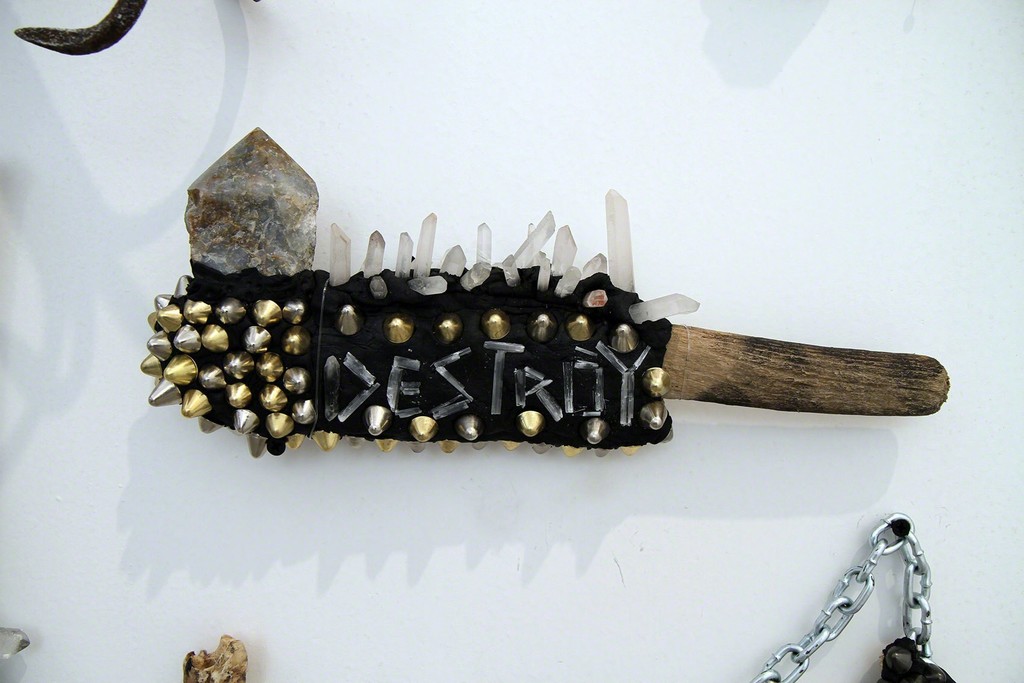 Lucien Shapiro was born in 1979, in Santa Rosa, CA. He attended San Francisco Academy of Art University and received a BFA in 2003. It was here where Shapiro became addicted to the process of painstaking repetition and meticulous attention to craft. Shortly after his time at school, Shapiro developed a practice called “Urban Obsessions”, which explores both artists and viewers perception of identity, addiction, time, and loss. He composes elaborately constructed masks and ornately armored weaponry and vessels, which examines a relationship between modern waste and memories of ancient cultural artifacts. Practices and customs from the past are brought back to light through his revival of discarded materials, transformed into objects analogous with self -protection. A laborious craft and meditative consumption of time, transforms forgotten objects into nostalgically interesting and beautiful relics that compel viewers to re-evaluate what our everyday possessions represent and mean to us. Shapiro’s work was included in the December 2013 issue of Juxtapoz Magazine, and he has shown nationally and internationally. Most recently the objects he creates are being utilized in various symbolic rituals that are performed and filmed. Recent live stage performances include a 30 plus city world tour entitled “Fear Collecting Ritual, A Fools Journey”, Coachella 2015, Kaaboo 2015, and Art Direction behind “The GasLampKiller Experience” video covered by Rolling Stone Magazine.