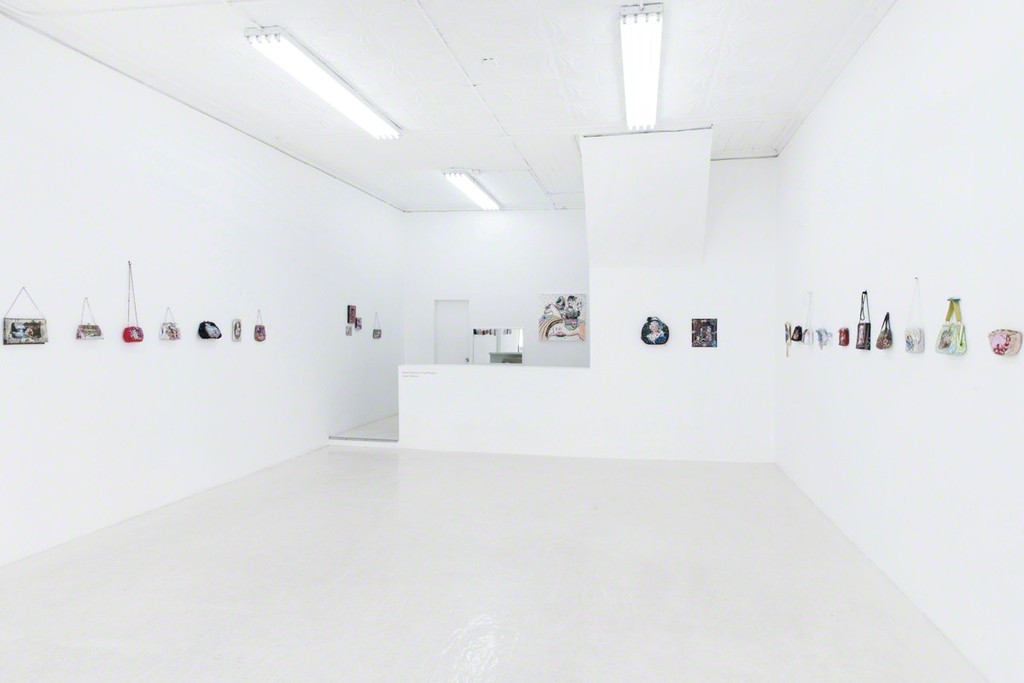 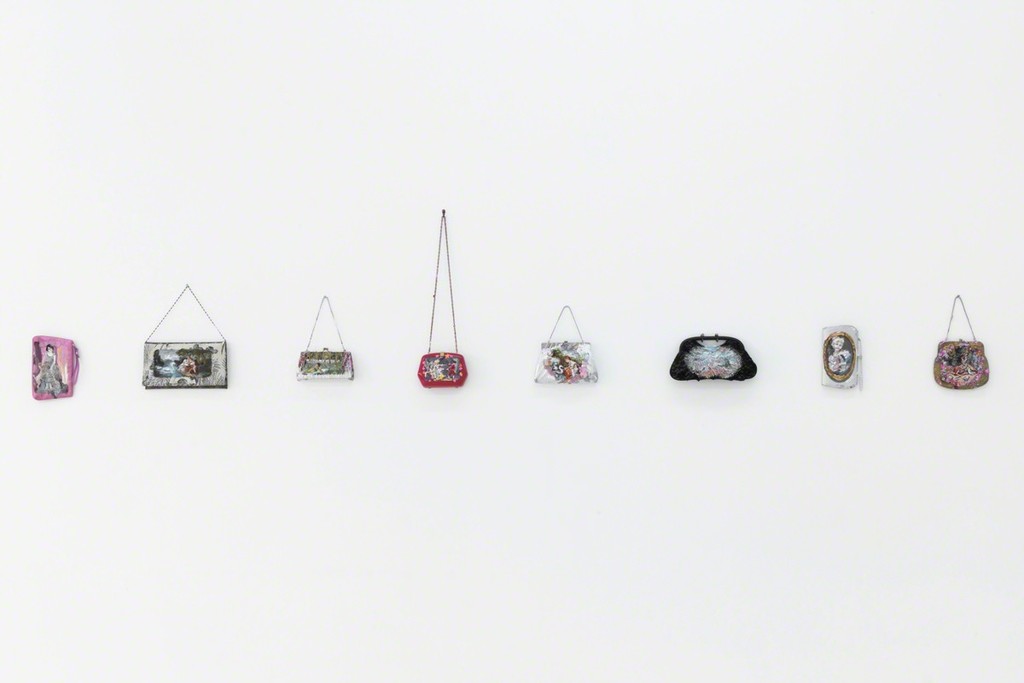 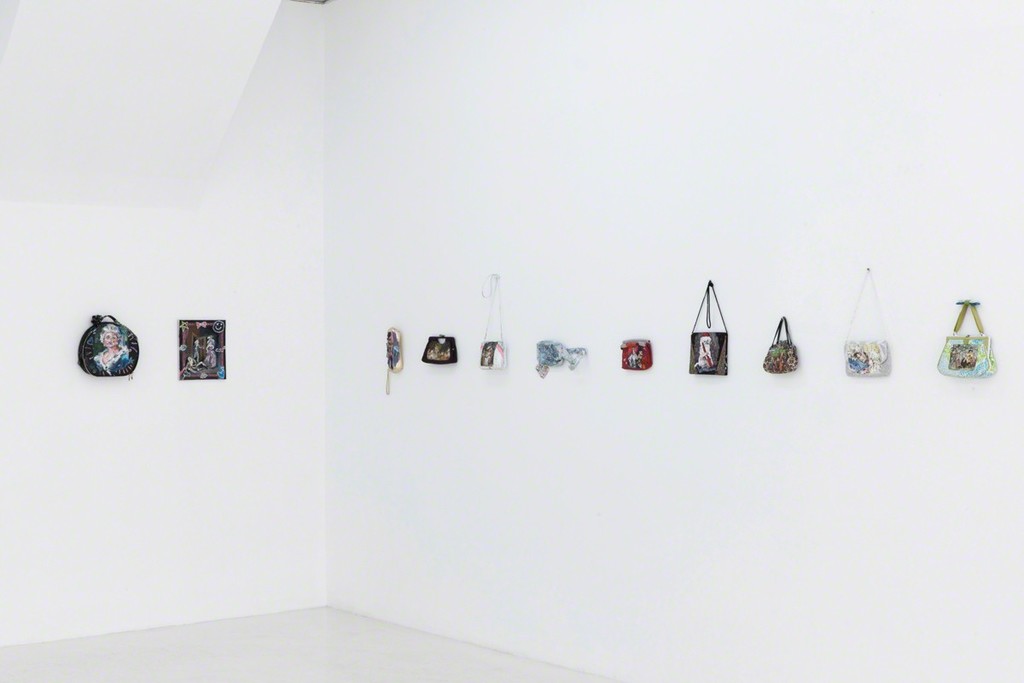 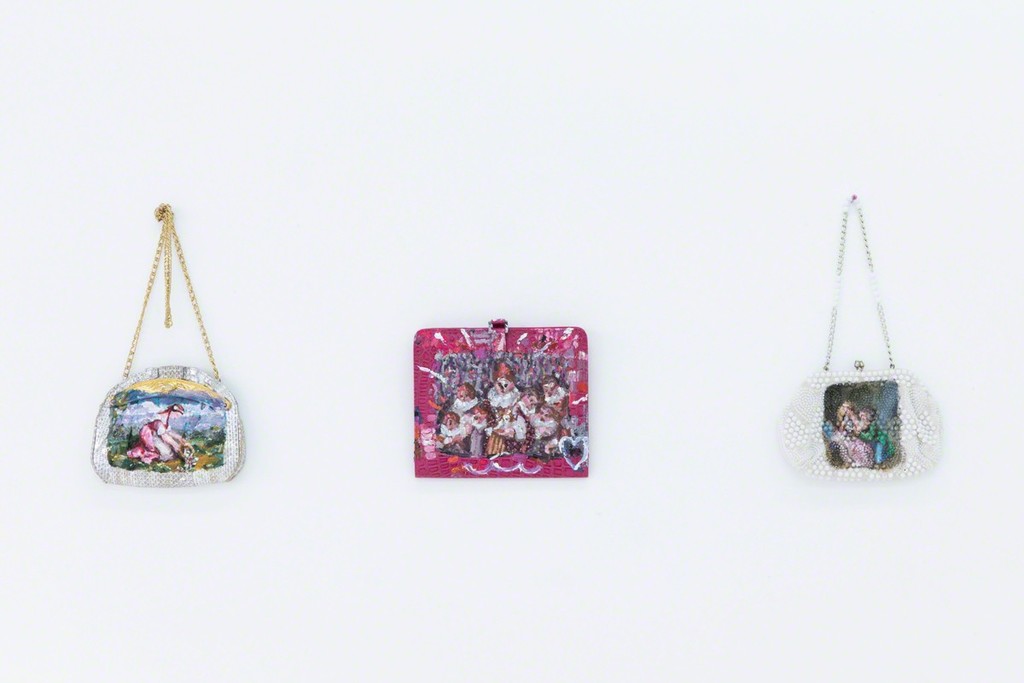 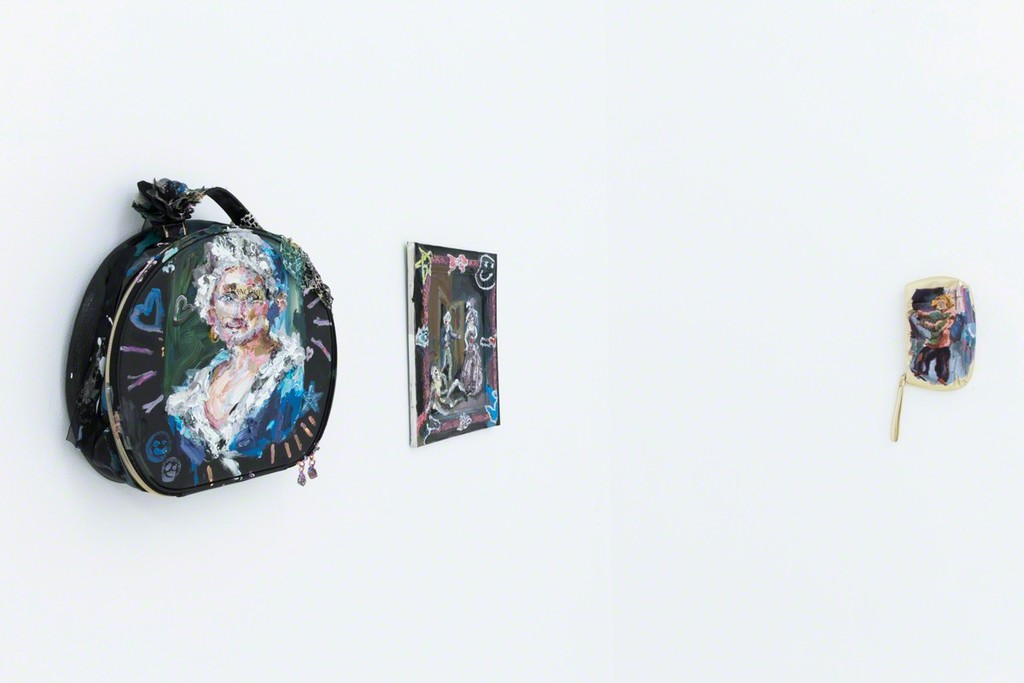 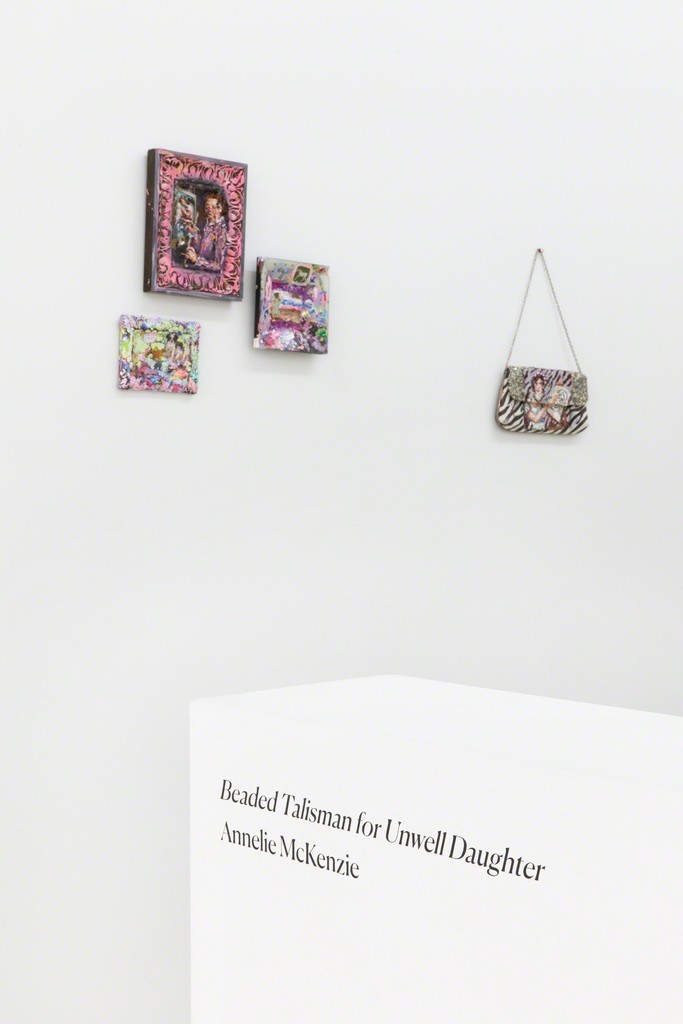 A path exists among these works that beckons to the history I actually want to be a part of. The appropriation is utterly appropriate. The tableaux themselves are like vignettes from within a story, and let’s say that book is a bit archaic, and the scenes feel as if you’re discovering them by candlelight. You were sleeping in a dimly lit auditorium, spiderwebs accumulating along the ceiling; there was a brief discussion of female artists.

"Beaded Talisman for Unwell Daughter" is a painting of a woman jaundiced from illness, her face a donut slathered in custard creme—a detailed prop among frilly blankets. The subject of the work is Anna Alma Tadema, a British artist from a family of artists, born in 1867 and deceased in poverty and obscurity in 1943. Tadema is remembered as a subject from within her more famous father’s paintings, although he died forgotten and penniless too. The basis for McKenzie’s painting is an exquisitely detailed self-portrait, a watercolor which somehow survived, and a cryptic memento—a finite collapsing of past and present.

McKenzie’s work is brazen and brash and addresses its subject obliquely, informatively. She is a detective, but isn’t cool or slick about it. Her works are painted on purses and cocktail pouches, the likes of which may have held lipsticks and tranquilizers. Among sequences of pastoral bliss, not that those are ever quite what they seem, McKenzie addresses paintings so historic that one can recognize them by the heft of their weaponry. Her version of Artemesia Gentileschi’s ‘Jael and Sisera’, painted in pinks on a cream colored clutch, features bodies with marbleized flesh and a chemically hued background of tinted crimson. The sequins feel like a botched version of pointillism, swapping exactitude for a quality of faded and stained lace. Tiny ersatz pearls line the scalloped exterior of the bag, framing the piece while camouflaging its zipper.

The concept of purse as canvas stems from the artist’s observation that men don’t really like purses and so, it’s a witching spell that jokingly tells them to stay away. Gravely but with glee, McKenzie describes a history that has been abbreviated through misappropriation and a general lack of attention. Do you know that meme that says ‘We riot at midnight’ hidden in the body of a text about eyeliner? McKenzie’s paintings are a tribute to a great many such riots, inviting us to experience the joy and fascination of telling one’s story through the channels of the past.

Please join us for the opening reception of "Beaded Talisman for Unwell Daughter" on Saturday, December 15th, 2018 from 6 – 9pm. Regular gallery hours are Saturday and Sunday 1 – 6pm or by appointment. For further information, please email Zoe Fisher at [email protected].

Annelie McKenzie (b. 1974, Montreal) earned an MFA from California State University, Long Beach, in 2013, and a BFA from the University of Calgary in 1997. She has exhibited at Contemporary Calgary (Canada), CB1 Gallery (LA), Torrance Art Museum (CA), VENUS LA (CA), and other spaces throughout the USA and Canada. McKenzie currently resides in Los Angeles.

Adrianne Rubenstein (b. 1983, Montreal, QC) received her MFA from the San Francisco Art Institute in 2011. She lives and works in New York. Her curatorial projects include work with Night Gallery and Venus in Los Angeles, Stems Gallery in Brussels, Belgium, Fourteen30 Contemporary in Portland, OR, and Brennan & Griffin, Regina Rex and CANADA in New York, NY. Rubenstein has been the Director at CANADA, New York since 2014.