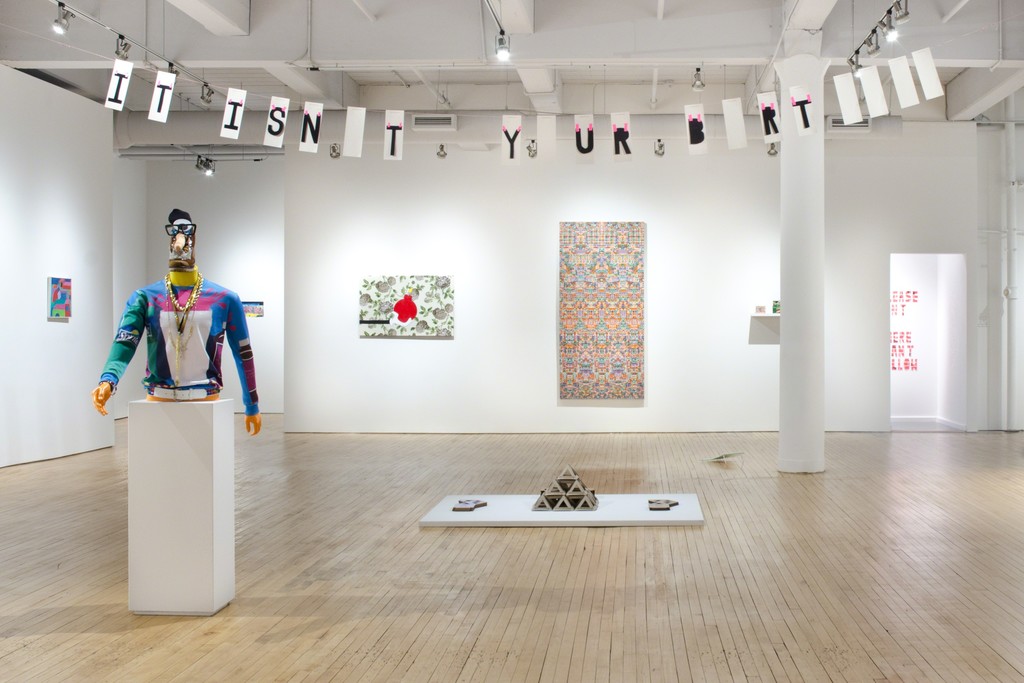 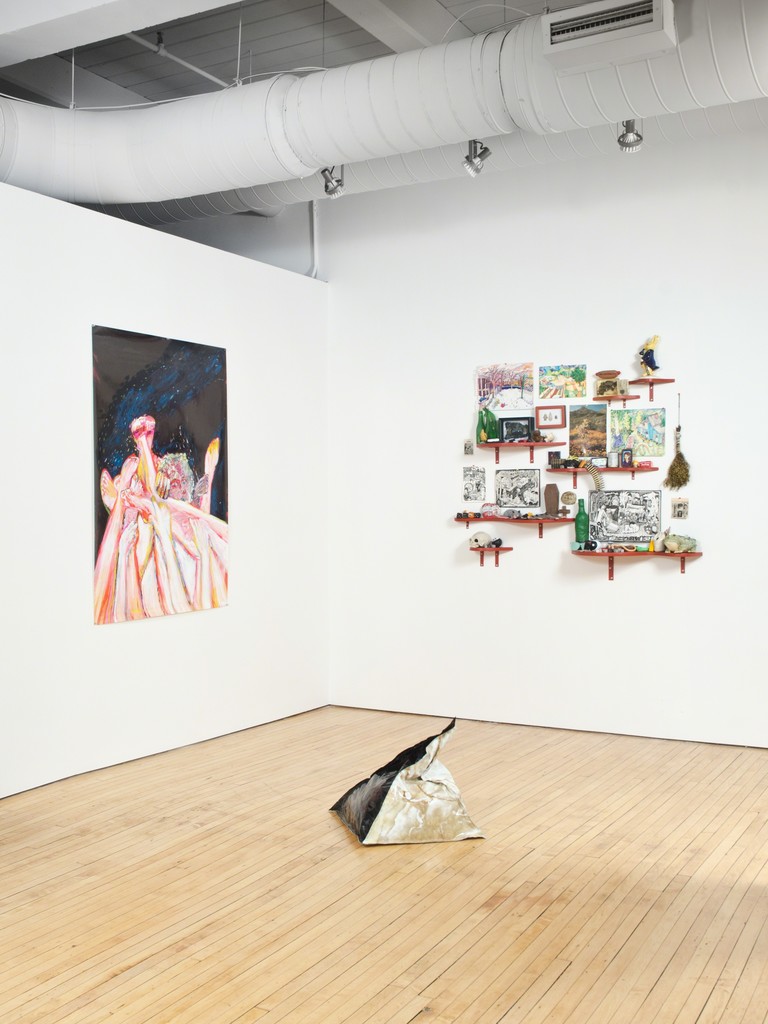 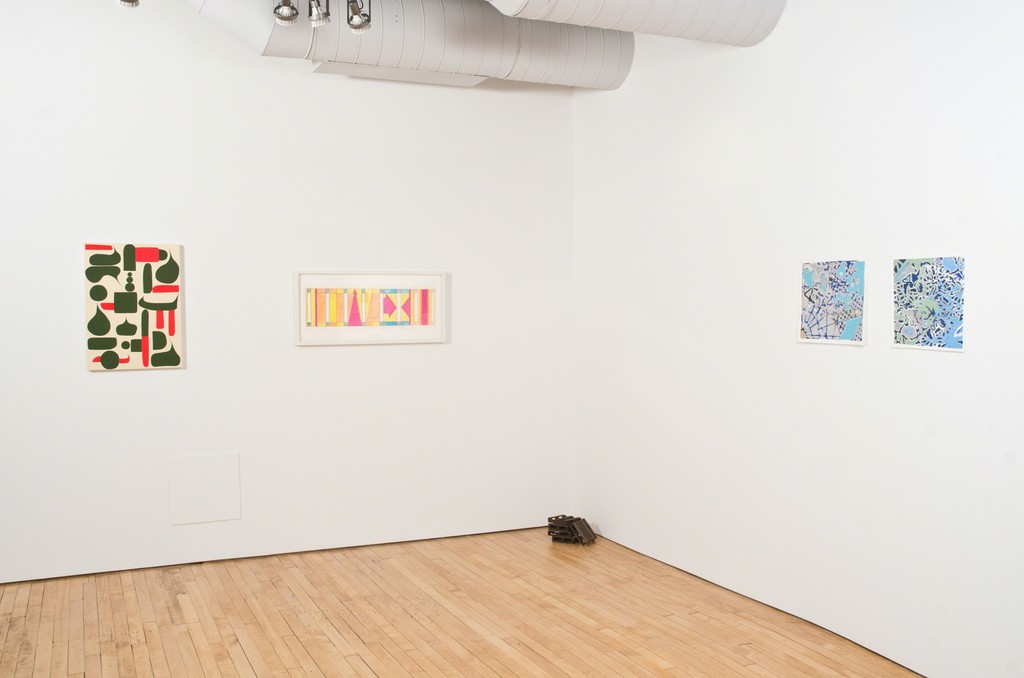 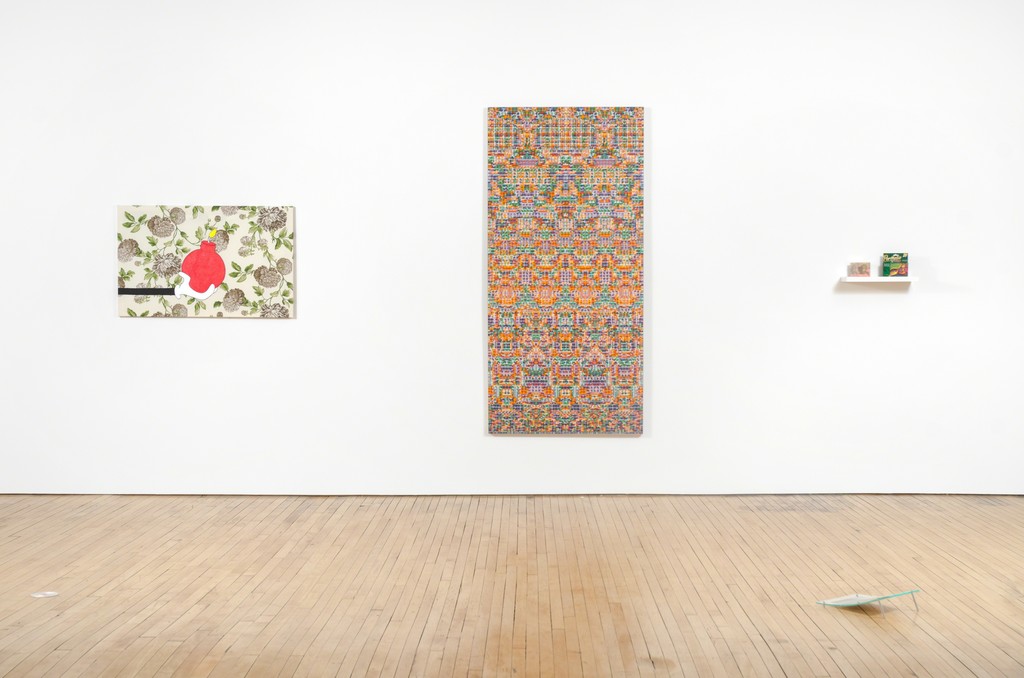 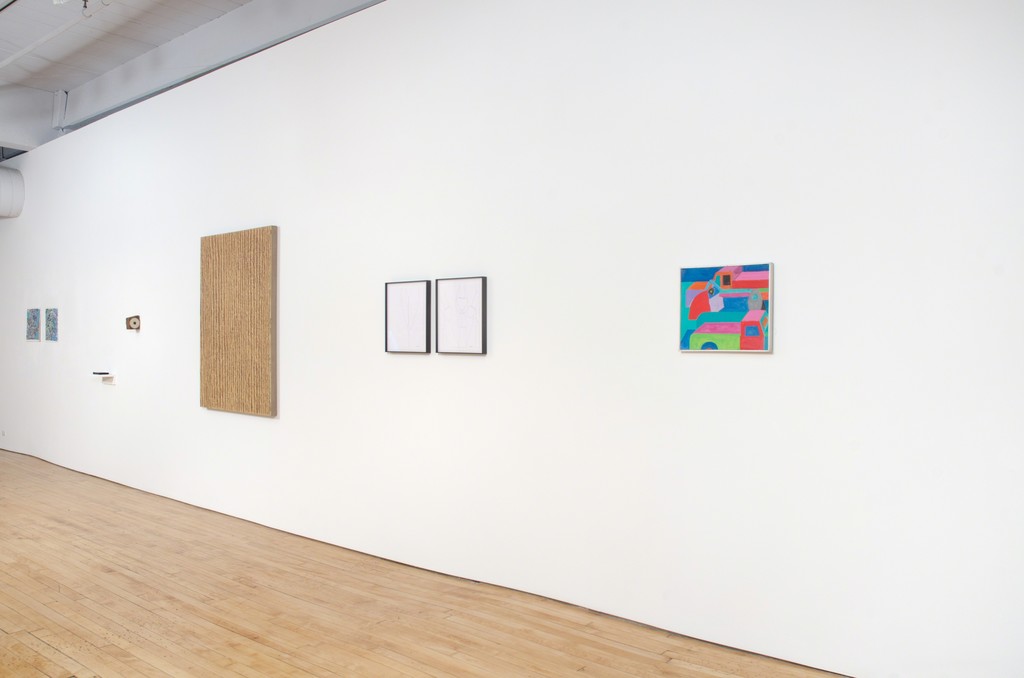 Sonoran Hot Dog Stand considers our notions of what constitutes regional art today by exploring artists in and out of Tucson, Arizona. The exhibition will consist of sculpture, installation, painting, and drawing, and is organized by Jocko Weyland, Curator, Museum of Contemporary Art, Tucson.

In a dusty lot a mobile food cart has “Los Chipilones” emblazoned on its side, which roughly translates as “second to none.” A big pickup truck and an immaculately preserved vintage VW Bug are nearby, an awning covers folding tables and chairs, and inside a man and his son make Sonoran hot dogs. Juicy franks with bacon, tomatoes, mayonnaise, beans, mustard, grilled onions, and jalapeño sauce enveloped in soft, sweet buns. Spanish speaking families, Native Americans, Anglos, desert drifters, churchgoers—the customers personify a full range of the Southwest socio-economic spectrum. Upon ordering one is asked “Con Todo?” With everything? “Si, con todo.” A minute later it appears. You can’t find the hot dogs or milieu anywhere else. That’s Tucson.

What does that have to do with art? Nothing, though possibly a lot. Is regionalism an outmoded concept, or does it still hold weight? Is art intrinsically linked to where it is made—in most cases away from the dominant urban centers like New York or Los Angeles? Is there an essentialism of location when regarding remote outposts far removed from the alleged cultural capitals? Does regionalism in this instance have to do with depictions of spirited coyotes and three-story tall succulents? Can there be great art with just an adequate amount of local interest to sustain it, but otherwise unnoticed by the intercontinental tastemakers? Or, is art only viable when the arbiters situated at the multiple nexuses of moneyed galleries, fairs, symposia, and museums bestow their stamp of approval?

“Sonoran Hot Dog Stand” touches on many of these questions without supplying any specific answers. Undoubtedly the artists in the exhibition are inextricably linked with a certain sense of place, that being Tucson, Arizona. And they’ve all assuredly eaten Sonoran hot dogs. But it’s really more about a “scene” that’s not really much of a scene. Particularly, a scene that is not privy to much in the way of market forces or a very large audience. Without those diversions there is freedom, time, and space, outside of the machinations and intrigues of concentrated capital. In Tucson an artist can soak up the realness, the old signs, the slower pace, and create in peace.

The edge does not become the center, luckily. In Tucson’s case the edge remains the edge. Somewhat exotic. No direct flights from New York, but nearby Coconino County provided the setting for the absurd poetic idiosyncrasies of George Herriman’s Krazy Kat. The unforgiving yet uncannily beautiful desert has spawned unparalleled writers like Edward Abbey, Charles Bowden, and Scott Frank, and unmistakably Tucson musicians such as Bob Log III, Texas Trash and the Trainwrecks, and Hank Topless. You’ve got the (as in Linda) Ronstadt family dynasty, offshoots of the Udalls, and bushily bearded health guru Andrew Weil. Also worth mentioning by birth or by having done time in these parts: artists Adolph Gottlieb, Alan Kaprow, Raymond Pettibon, and Robert Colescott. John Wayne, Ronald Reagan, and Jimmy Stewart have each propagated the myth of the Wild West in the many movies filmed at Old Tucson Studios. The landscape is the trope but is genuinely surreal, resembling a cartoon-cell backdrop with striking mountains sprouting comically appendaged sahuaros and pink-purple-orange Technicolor sunsets. The sky is limitless and huge, the land a dense solid mass, inhospitable yet beguiling. Monsoons, flash floods, and the occasional haboob wreak havoc. Javelinas dig through trash. Circle Ks are everywhere. It’s quite a place.

Of the eighteen artists gathered here several are internationally known whose support of their not-as-recognized brethren is invaluable. The downside for these less validated though just-as-deserving practitioners is isolation and lack of acknowledgment inside their small artistic ecosystem. “Sonoran Hot Dog Stand” is an attempt to at least partially rectify that situation. From the resolutely abstract and objective to the figurative to the trippy to the ceramic, from the scrappily representational to the humorously and determinedly conceptual, from pop naïve to hard-edged to soft sculpture and calligraphic minimalism, the unbridled and the meticulously controlled exist side-by-side. The artwork might or might not proclaim a literal “Tucson-ness”—the heat, quiet, darkness, and aroma of creosote after rain—but undoubtedly is informed by its context. Though local in that regard, collectively it runs roughshod over any limitations of restrictive regionalism to be art of consequence regardless of where it is made or seen.

Jocko Weyland is the author of The Answer is Never: A Skateboarder’s History of the World (Grove Press, 2002); The Powder (Dashwood Books, 2011); and Danny's Lot (Dashwood, 2015). He has written for The New York Times, Apartamento, Vice, Cabinet, San Francisco Arts Quarterly, and other publications. In 2003 he began making the serial publication Elk, which spawned Elk books and the eponymous Elk Gallery. He has had exhibitions at Franklin Parrasch, New York; FakeSpace, Beijing; Ever Gold, San Francisco; and Kerry Schuss, New York. Weyland is represented by Kerry Schuss and lives in Tucson, Arizona, where he is curator at the Museum of Contemporary Art, Tucson.