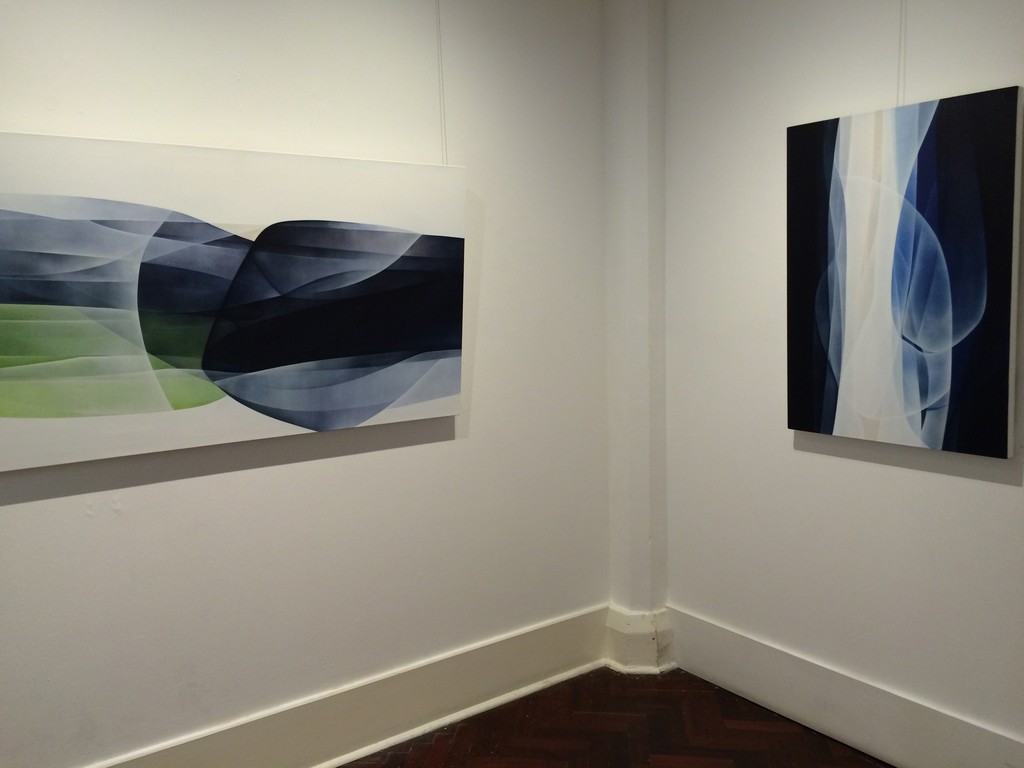 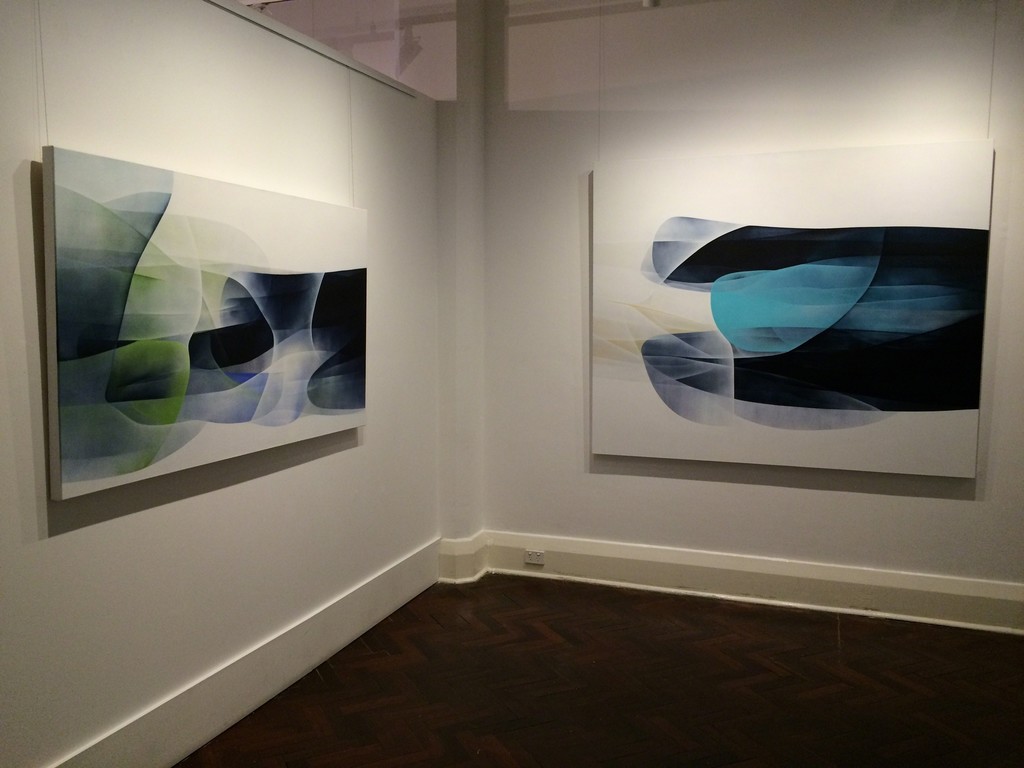 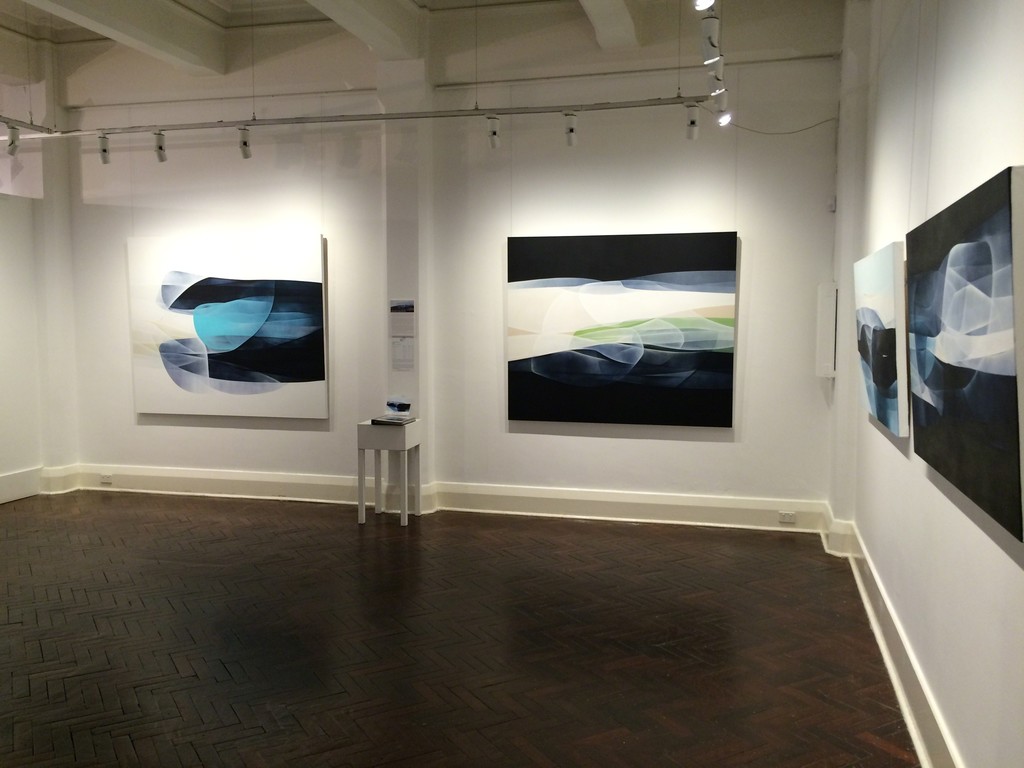 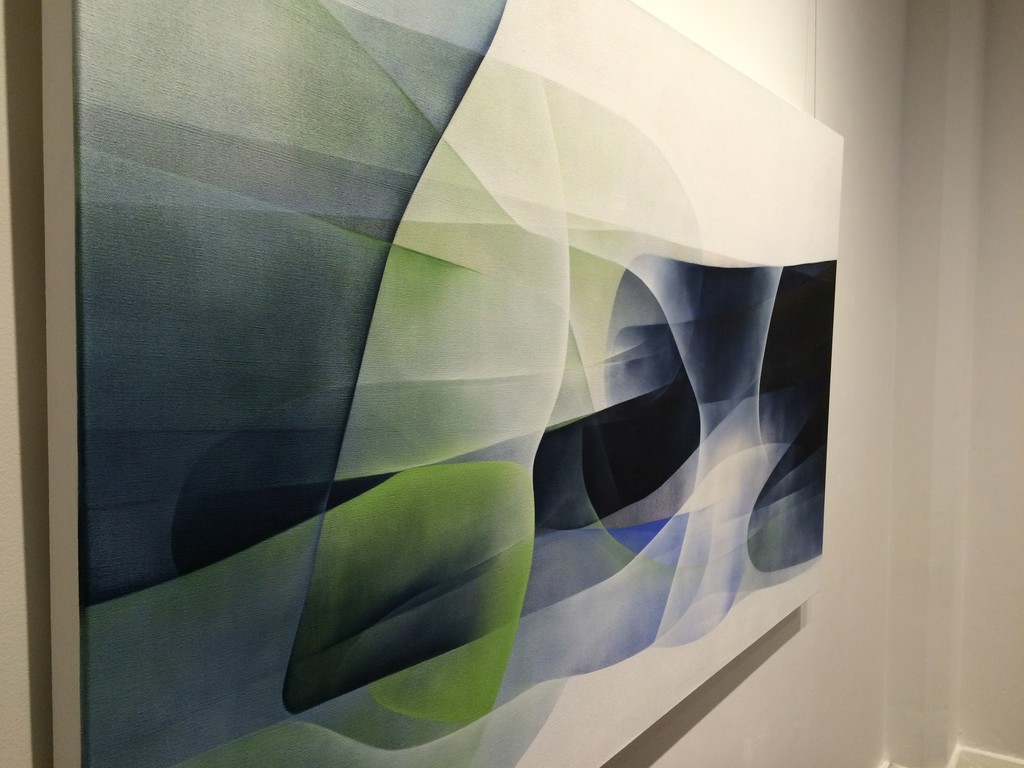 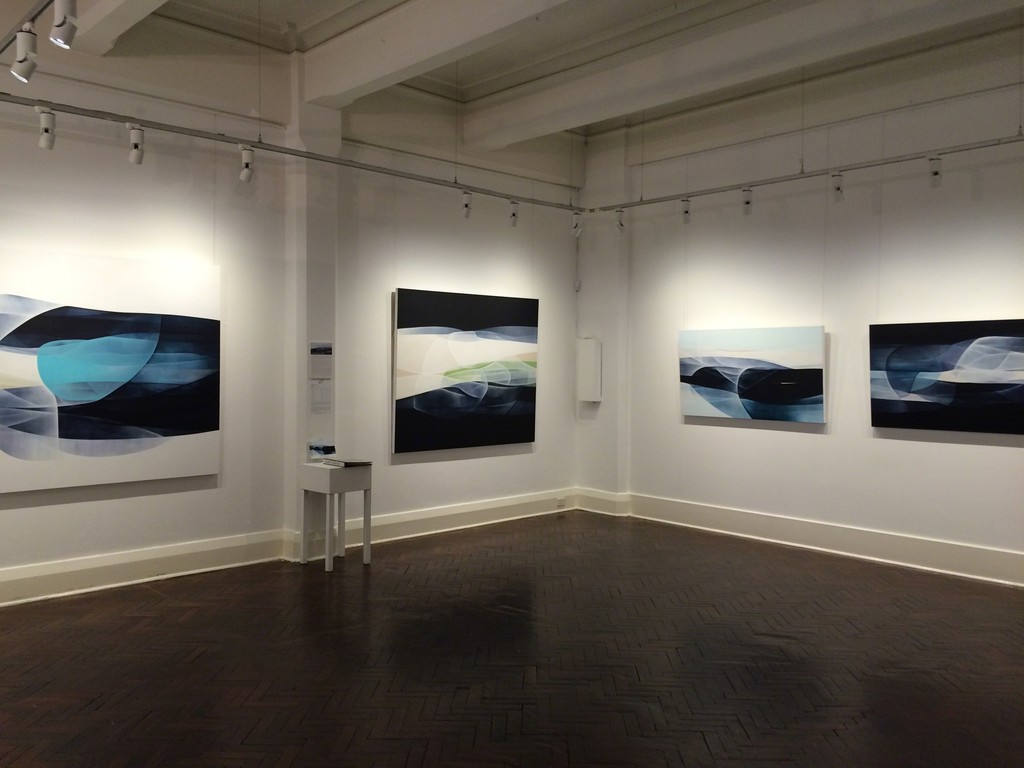 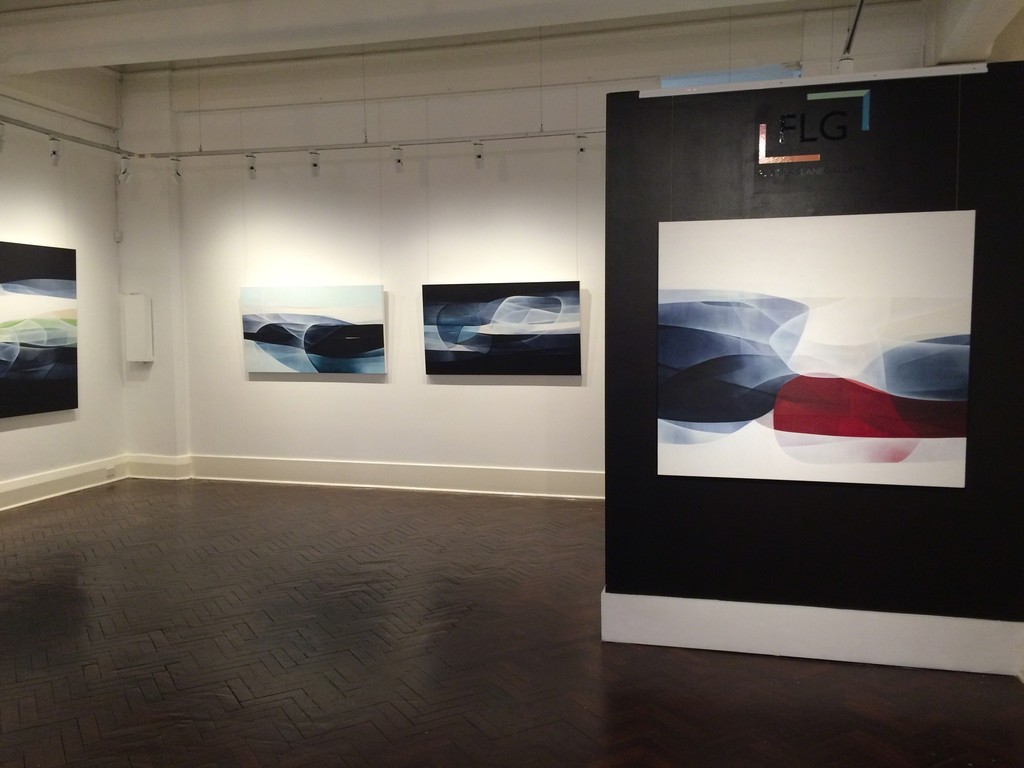 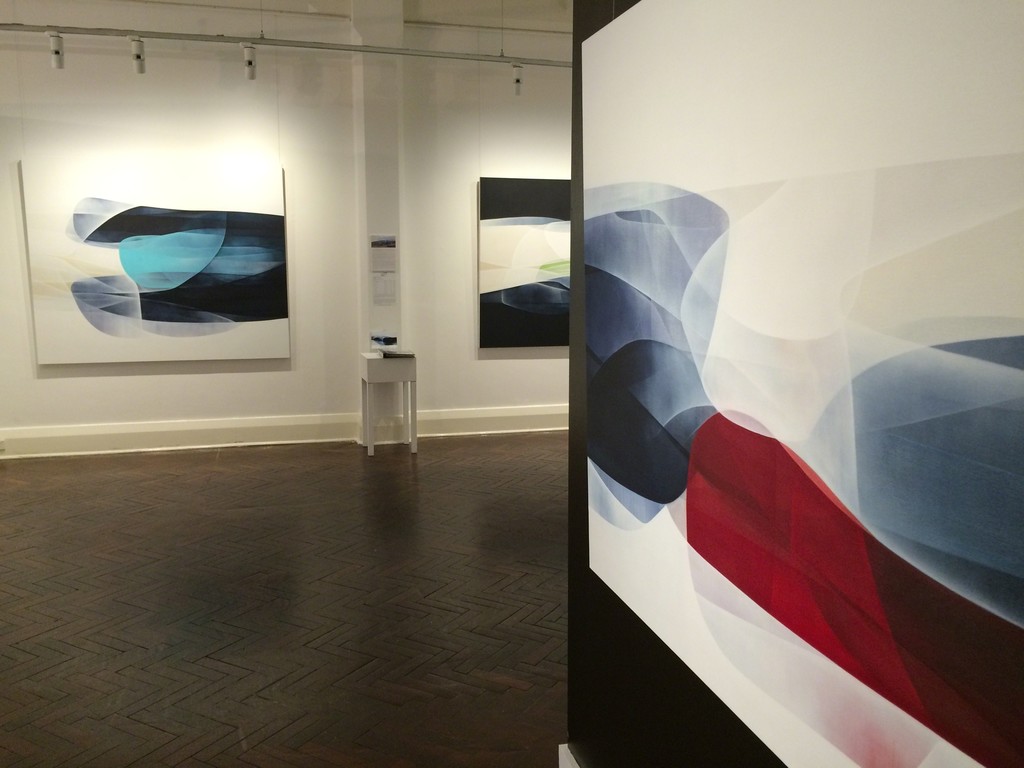 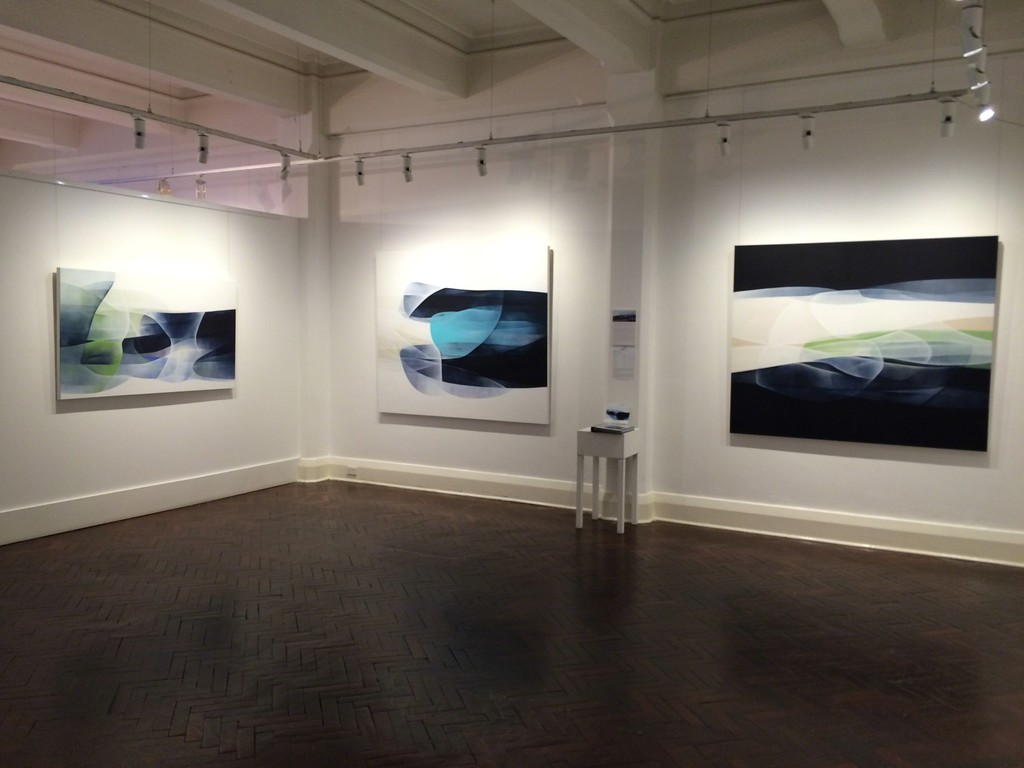 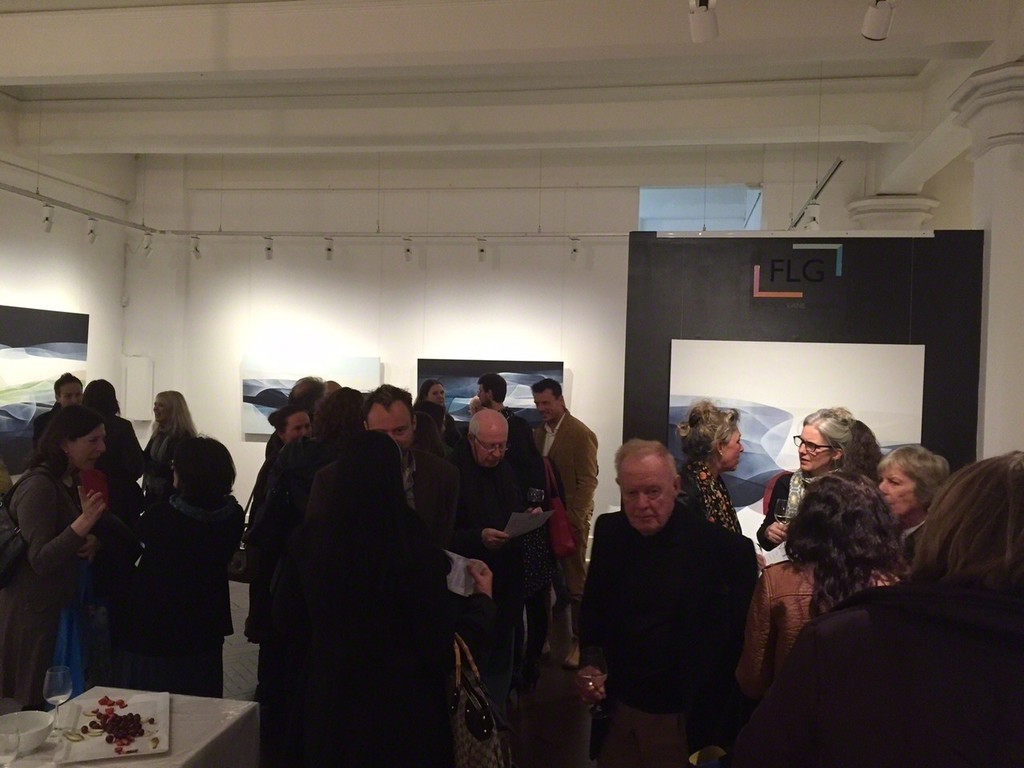 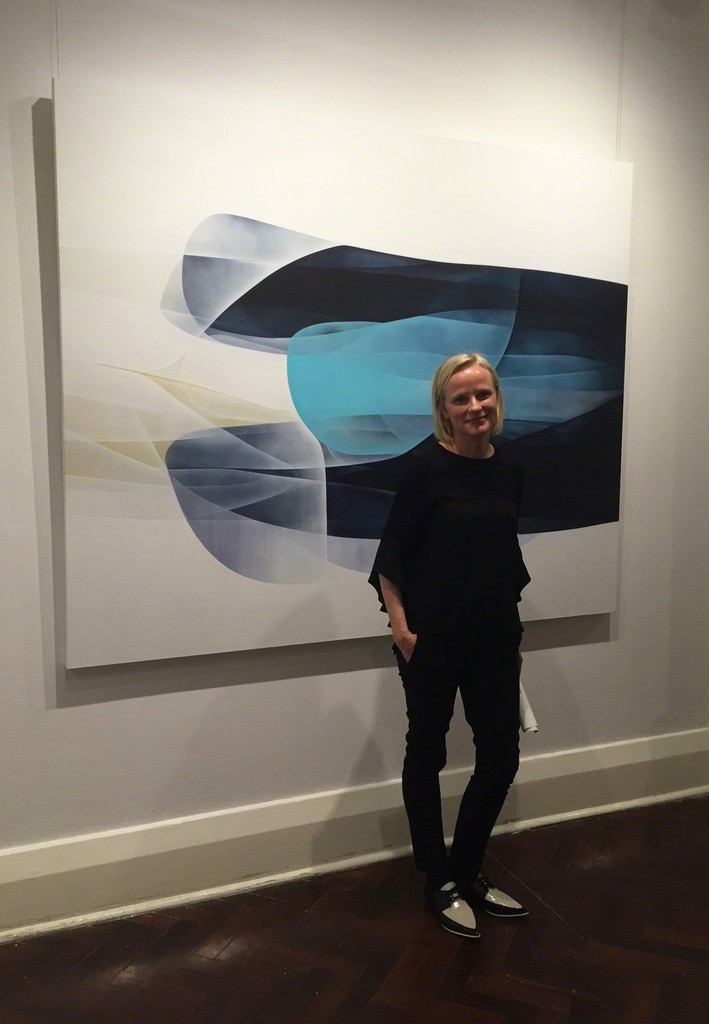 In Ekholm’s work, we find faint echoes of artists such as Pierre Soulages, Morris Louis or Helen Frankenthaler but we also find the emphatic presence of Ekholm herself, her mastery of tone, her distinctive application of paint, her celebration of colour and her innate understanding of form.

Bearing meditative titles such as Slipstream, Winter Reflections and Reveal, Ekholm’s current paintings comprise subdued blues and greens augmented by muted oxide yellow. Patches of bare canvas are also left revealed and it is visual punctuations like these that signal her technical prowess. For any canvas to be left raw at the painting’s conclusion, it must be left raw for the whole journey of creation. This is a delicate balancing act yet Ekholm uses no preparatory drawing as an armature to guide her strokes, the process being entirely intuitive instead. Such is her control after two decades of dedicated painting that Ekholm knows instinctively when the canvas should remain bare. She eschews brushes for sharp edged sponges and applies solid paint before she removes it again. Thus, it is reductive painting rather than accumulative. It allows for the retention of crisp edges whilst supporting muted, even distressed, surfaces as the paint is stripped back to reveal the linen’s weft and weave.
Excerpt of essay by Andrew Gaynor 2015.

Agneta Ekholm has been a finalist in the Calleen Art Award for the past five years (2010-2015), and in 2013 was a finalist in both the Wilson Visual Art Award, and the Fleurieu Art Prize - the world’s richest landscape painting prize. She recently completed a major commission for the newly opened Mandarin Oriental Hotel in Guangzhou, China. Her works are held in major public and private collections nationally and internationally, including the Embassy of Finland (Australia), Sony Music Corporation, Google (USA) and Rydges Hotel Group.