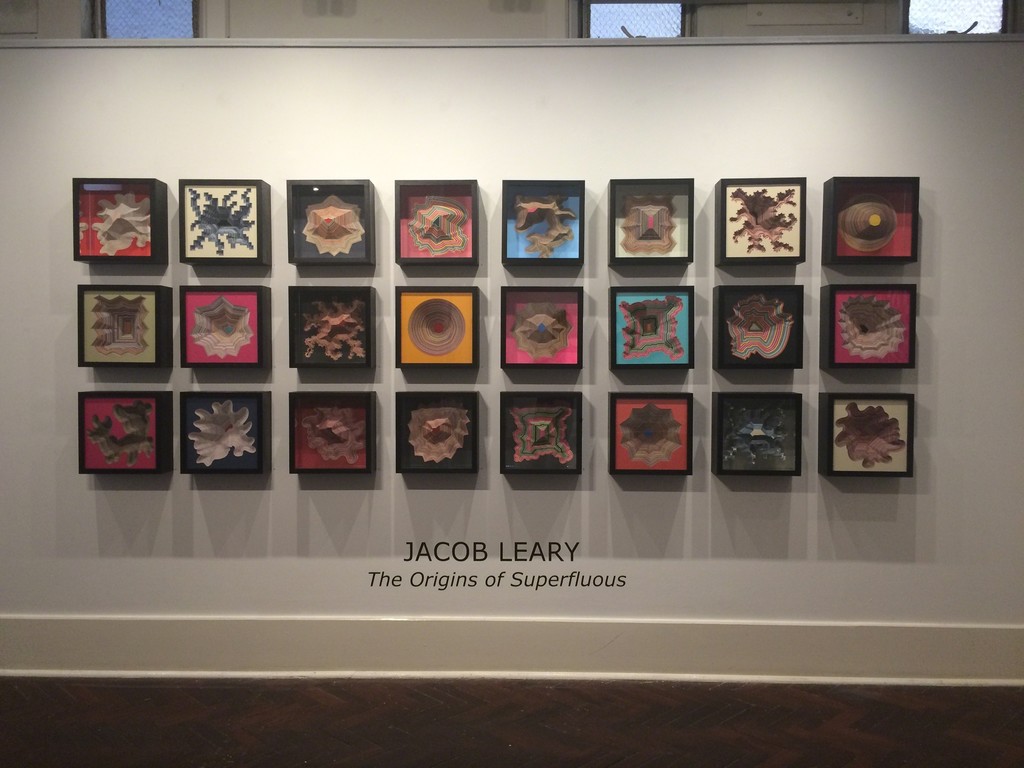 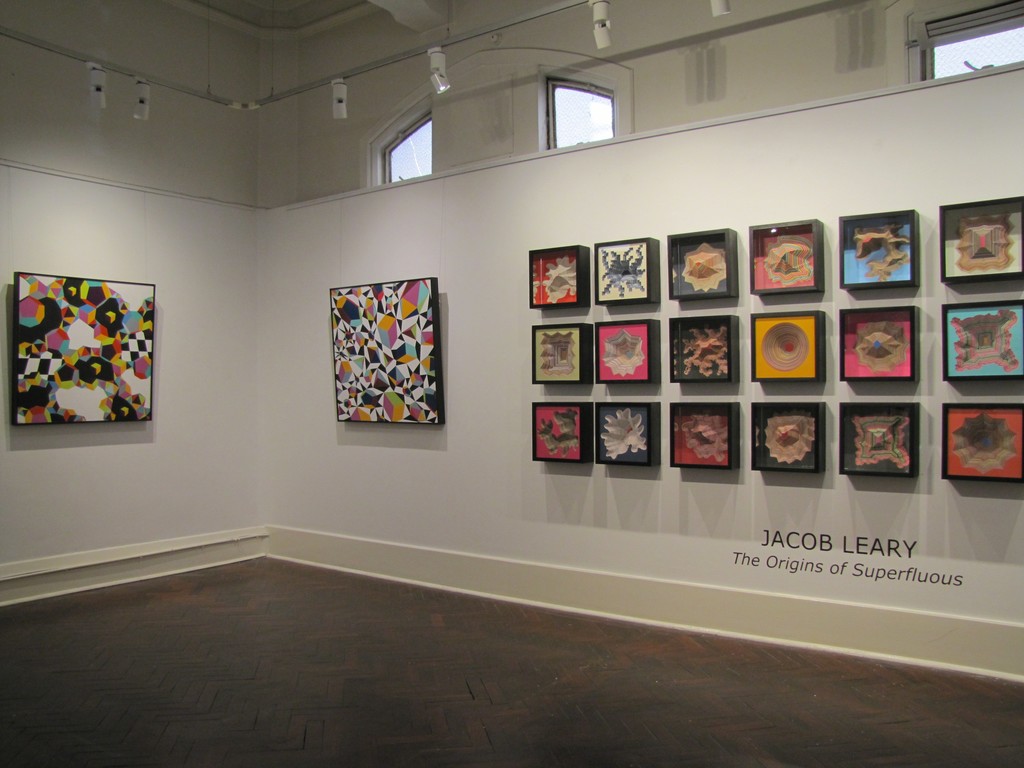 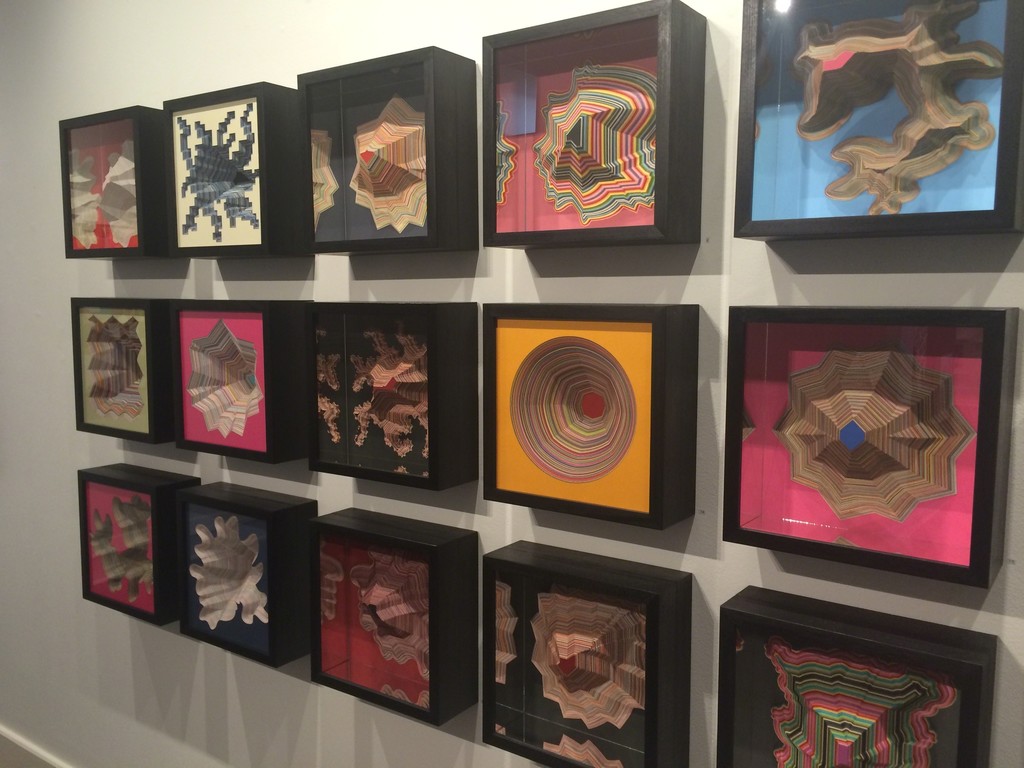 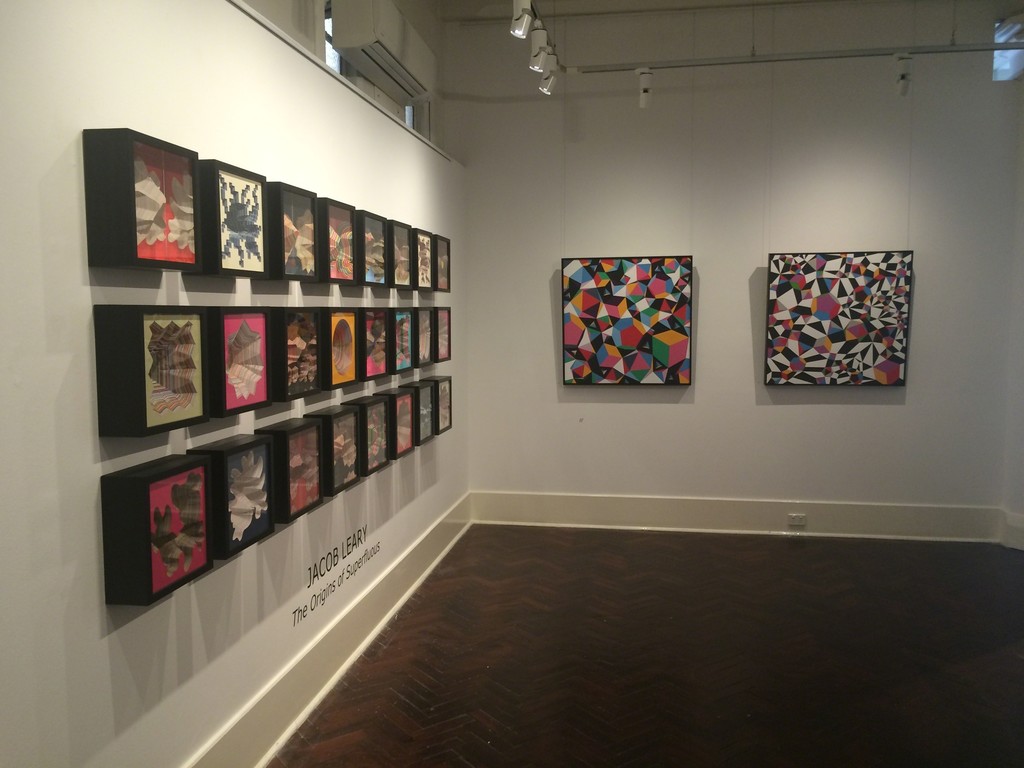 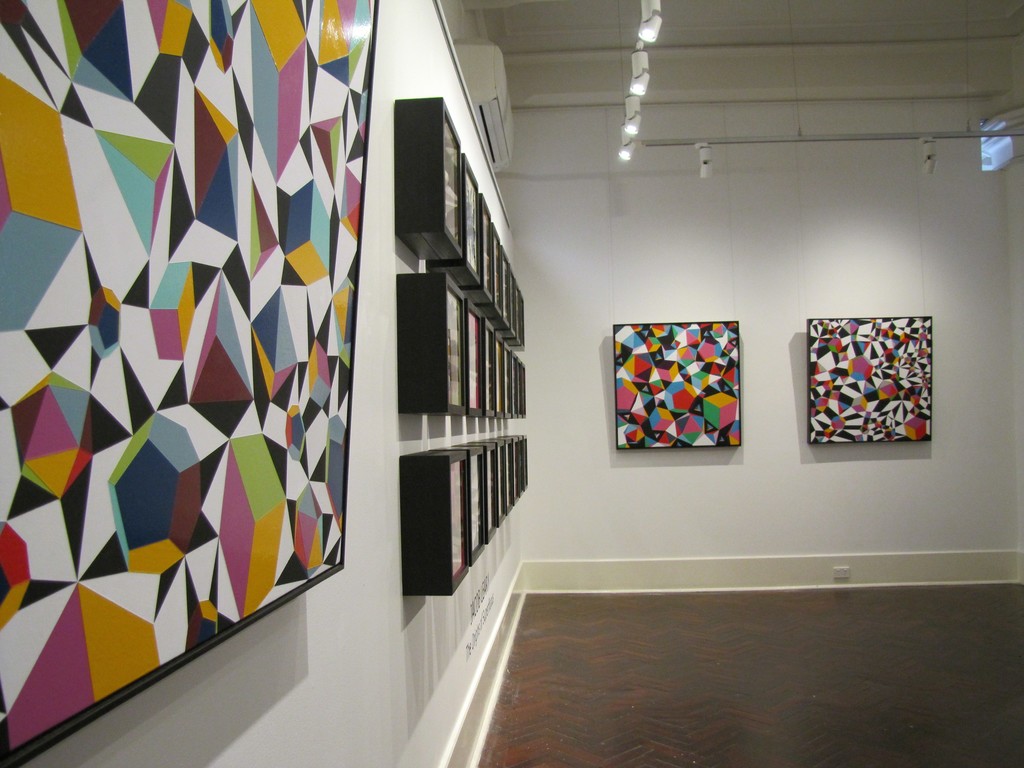 It can be said without question that Jacob Leary is a multi-disciplinary artist. Almost obsessively his practice thus far, naturally dynamic and traversing disciplines, has insatiably fed his preoccupation with assemblages of visual systems. This practice sees the artist create artworks that sit in series with one another yet continuing, ever-changing. ‘Sets are produced, then I will move on to create another one, yet allowing a residue or trace of other sets to exist in the work.’ It is this investigation into not only aesthetically pleasing pattern and system but also following theories by philosophers as recent as Manual De Landa but also Plato, which informs how Leary’s artworks are executed.

All of this is a culmination of ideas that have propelled Leary from one ‘set’ to the next, through academic study and experimentation with medium. Originally Leary’s work focused on quite tangible and visible examples of ordering. Maps, cities and technologies with their grids, lines, movement, motion and hard wiring inspired the artist to explore the ways in which imagery can be built upon each other and interact. Implementing both installation as well as digital collage, Leary played with how layering pop iconography, intricate cartography and household items once juxtaposed toyed with our imaginations and the way in which we tried to make sense of what appeared to be a world without order. It was at that point where Leary identified a greater desire to articulate order process more clearly, and so began to strip his works of imagery that already entered the artwork with their own history (think lipstick cases, glossy pharmaceutical pills and a shiny hand gun alongside floating space paraphernalia) and instead introduced simple solid colour, shape and form.

De Landa argues for a view of a materialist world autonomously removed from the concepts of our own mind, and it is exploring that notion, as well as drawing on Plato’s theory of Platonic Solids which uses mathematical systems of abstract form to give sense to the visual and universal world that Leary allowed his practice to transform. The seemingly unordered design found within Leary’s two-dimensional and three-dimensional patterns in this exhibition are derived from the shapes that make up this particular theory – tetrahedron (four faces), hexahedron (six faces), octahedron (eight faces), dodecahedron (twelve faces) and icosahedrons (twenty faces.) Scientists and mathematicians alike for centuries have studied these combinations for their beauty and unique order of cluster, as they appear within the structures of many natural phenomena such as crystals and virus formations.

The paradox of Leary’s practice is that with notions of sequence and swells of continual development as an idea flows from one artwork to the next, is that the end result is masterfully still. His paper cuts, taking strategic planning in both colour placement and pattern accuracy lie perfectly on top of one another, still, balanced. In Leary’s two-dimensional pieces, they too evenness. Created with intimately constructed shapes that follow historical mathematical guidelines, the end result is captured in two dimensional, flat, framed forms. Within these works however the viewer’s eye falls and slips in and out of line and pattern and illusionary and physical three dimensional planes. These patterns, although now contained within canvas stretchers or in stacks still trick our eye as we struggle to decipher between foreground and background, starting point and end. ‘Complexity arises from distinctly simple parts.’

And similarly to Plato, it is with this ever evolving process of structure and mathematical order that Leary can make sense of our material world.

Jacob Leary is a multi-disciplinary Hobart based artist. His practice spans a range of mediums including painting, prints and installation and he has exhibited in multiple group and solo exhibitions since 2005. In 2012 Jacob completed a Masters of Fine Arts at the Hobart School of Art, creating a multimedia installation exploring the exponential growth of technology in contemporary culture. Jacob is currently a seasonal staff member at the Hobart School of Art. He has won numerous awards for his work, including the 2012 John Fries Memorial Prize, a national award for emerging visual artists. He has also been the recipient of multiple grants including a Contemporary Art Tasmania Studio in 2012 and an Australia Council grant for emerging artists in 2013. In 2014, Leary was selected a finalist in the Printmaking category of the City of Hobart Art Prize and in 2015 he was a finalist in the Burnie Print Prize (TAS) and in the Hutchins Art Prize (TAS) for works on paper.