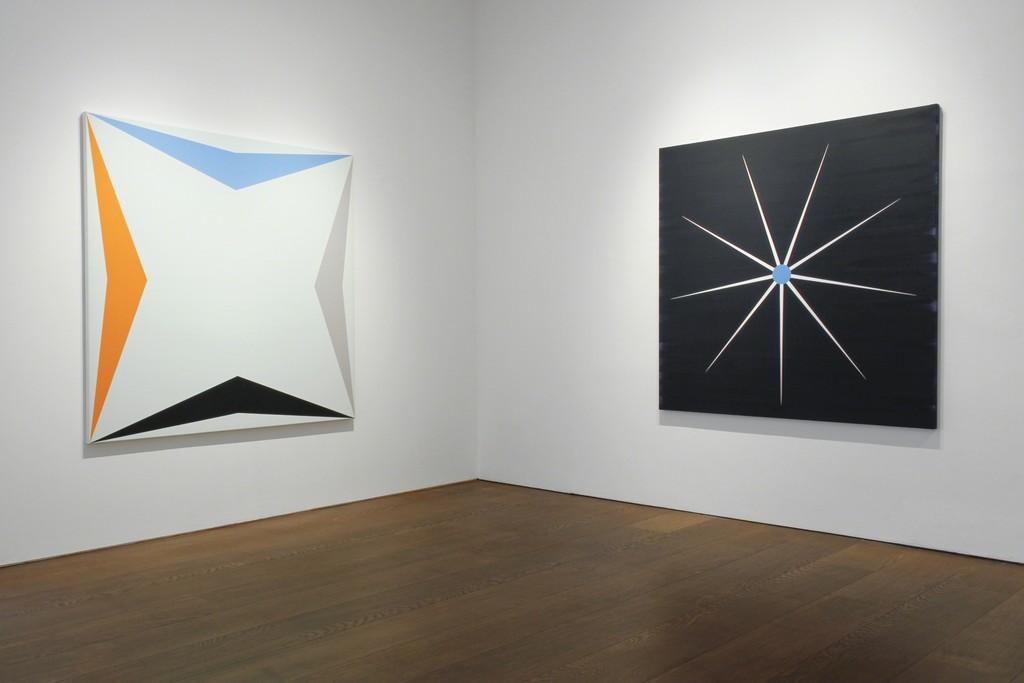 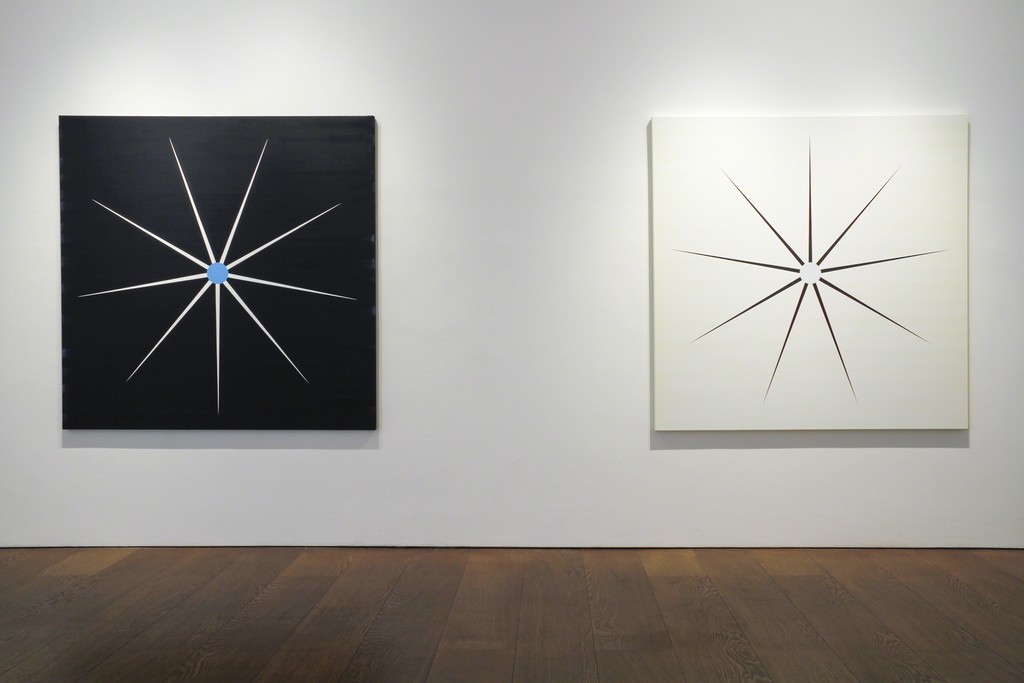 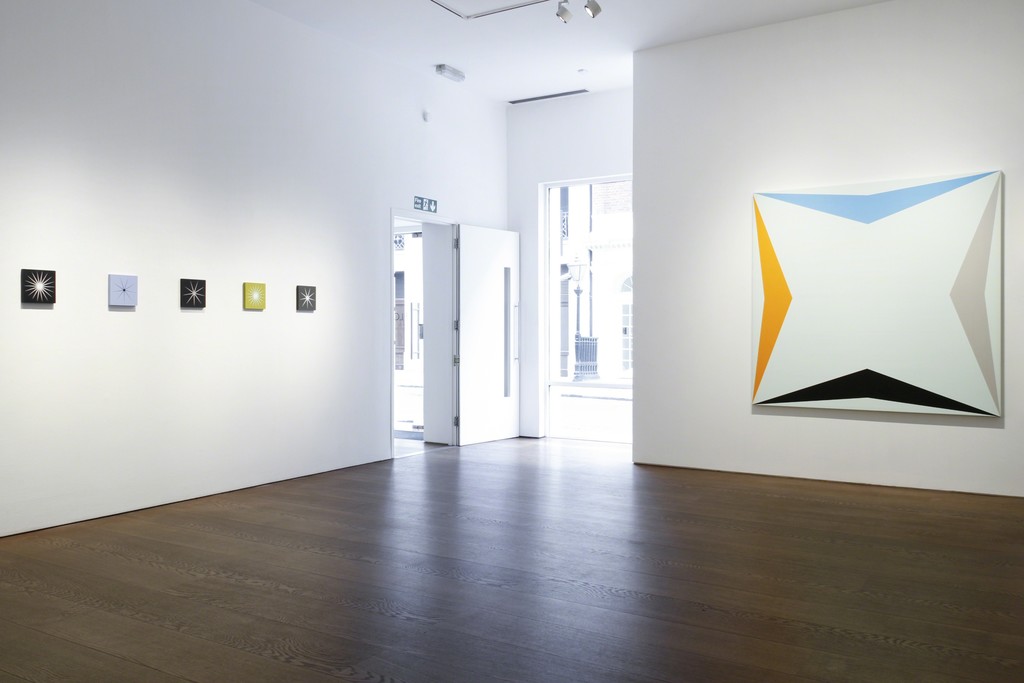 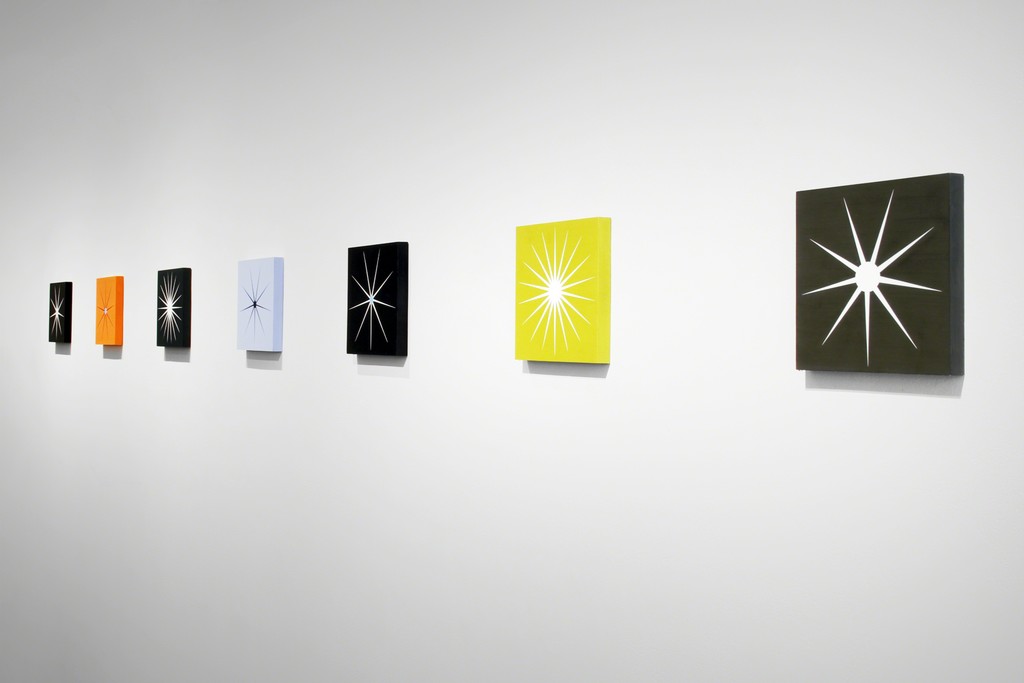 “Stars evoke for me the universe and the heavens. They are mysterious unobtainable points of light that draw me into the infinity of the cosmos, each one an inspiration, but together a miracle of unbearable beauty. The circle is a symbol of wholeness and completion, the never-ending line, yet the points of a star hugely increase that external line as one follows the radiations outwards from their luminous centre-point. In painting, the time taken to travel that extra distance becomes a meditation.” - Carol Robertson

Carol Robertson is known for her evocative paintings composed of the elemental form of the circle in delicately radiant colours with subtly transforming grounds. Working with a refined palette of closely related tones, Robertson believes in the powerful emotive and spiritual qualities of individual colours, using these to build complex layers of association.

In the works in this exhibition, the circle has become less distinct, its radius implied in star shapes where the continuous circular flow is replaced by sharp points staking out the perimeter. Here, the pulsating rhythms that characterise much of Robertson’s work are explored in bursts of energy generating from the core of the star, creating dynamic visual experiences that evoke the sensations of light, movement and touch.

Made in different sizes, from 20x20cm up to 180x180cm, each star has either nine or eighteen points that vary in sharpness from one to another. Their rhythmic energy becomes intensified when viewed as a series, drawing awareness to the expansion and shrinking of the centre-point and the subtle modulations of the orientation and density of line. The shapes are often set against shimmering unstructured grounds produced with poured layers of semi-translucent colour that create a resonant and harmonious whole, a process that Robertson describes as a ‘consequential’ way of working. The ground is activated in new paintings such as Star and Light from Light by the mirroring of positive and negative forms, introducing associative binary oppositions between activity and passivity, light and dark, wholeness and emptiness.

Following on from the Star series, Robertson has continued to explore the concentrated energy of pointed shapes, by painting equilateral and isosceles triangles, (in the Triangle series), each divided into three sides of alternating coloured stripes, expanding into chevron-like shapes in multiple arrangements, some of which take on an almost heraldic linear form (such as the Ancestral Lines series), and others in stylised measured sequences (seen in the Dance and Quadrille series).

Trained as a dancer at a young age, Robertson’s developed sense of movement and physical spatial awareness can be seen in the proportion and placement of elements within her paintings. Her work reveals an acute consciousness between forms and the spaces that surround them, reflecting the tensions and exhilarations of interacting dancers. This is acknowledged in the painting Dance in which the chevron shapes exert a unified force towards the centre, their points balanced delicately at each of the four corners, and the Quadrille series, named after the square dance famous for its precise steps and figures.