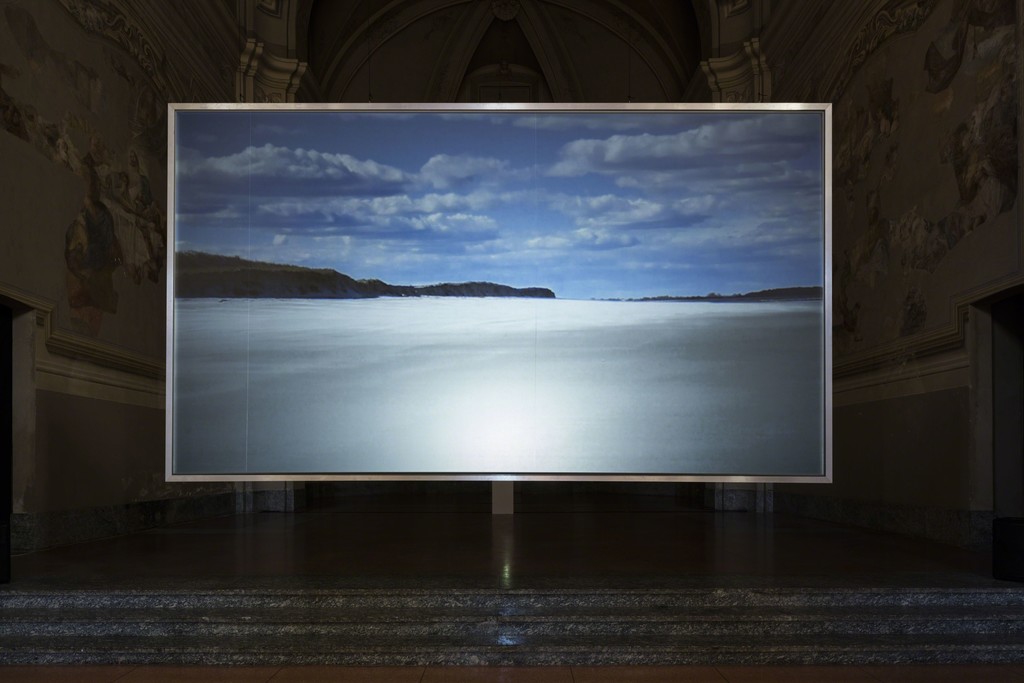 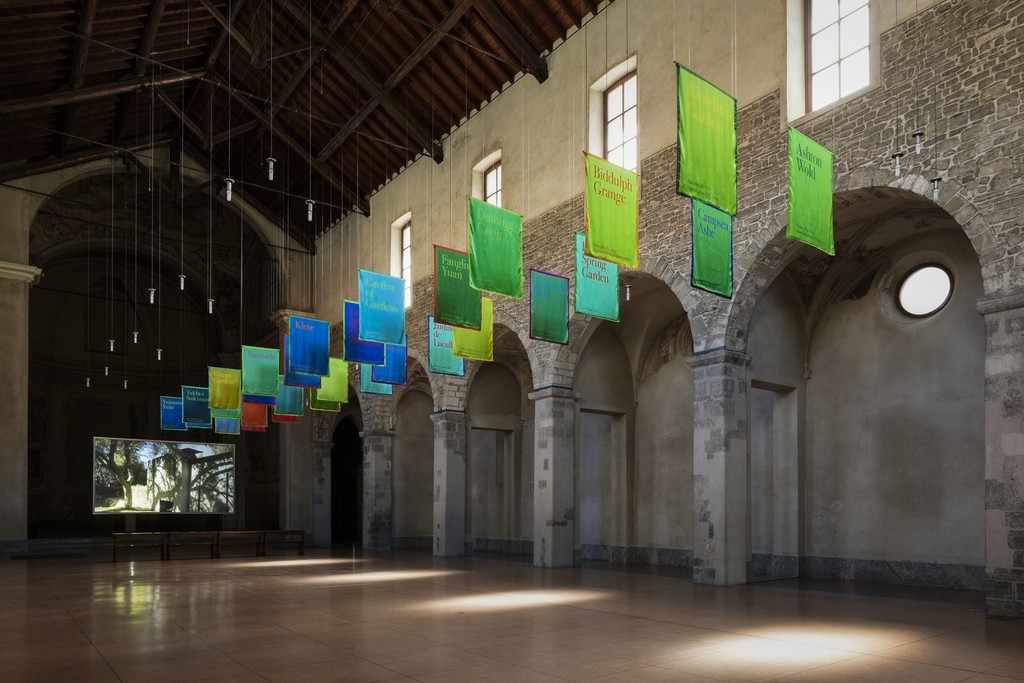 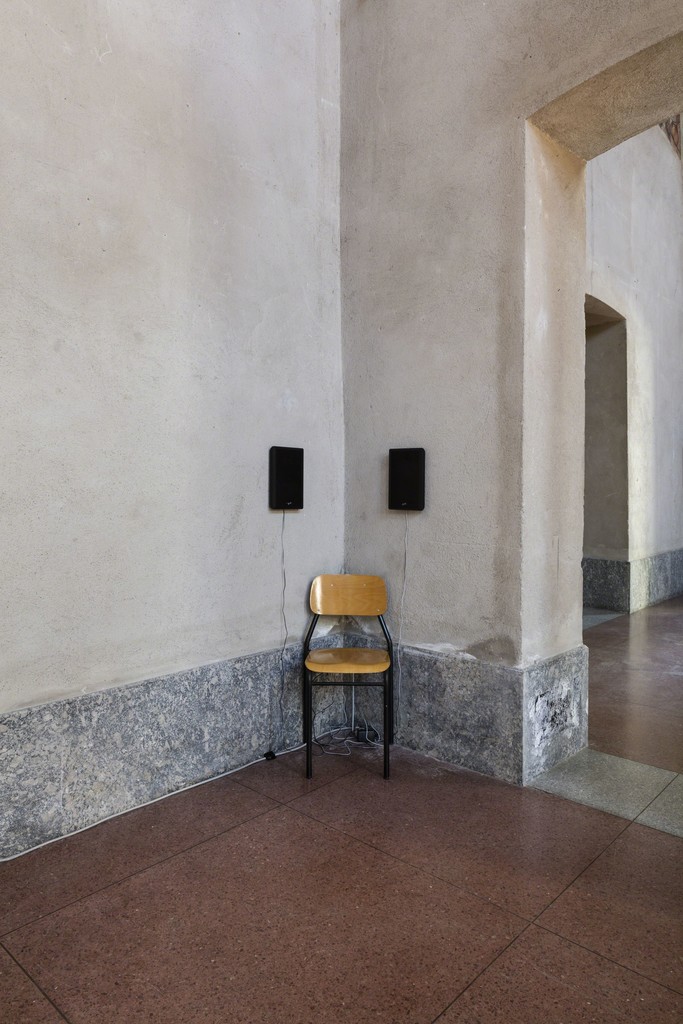 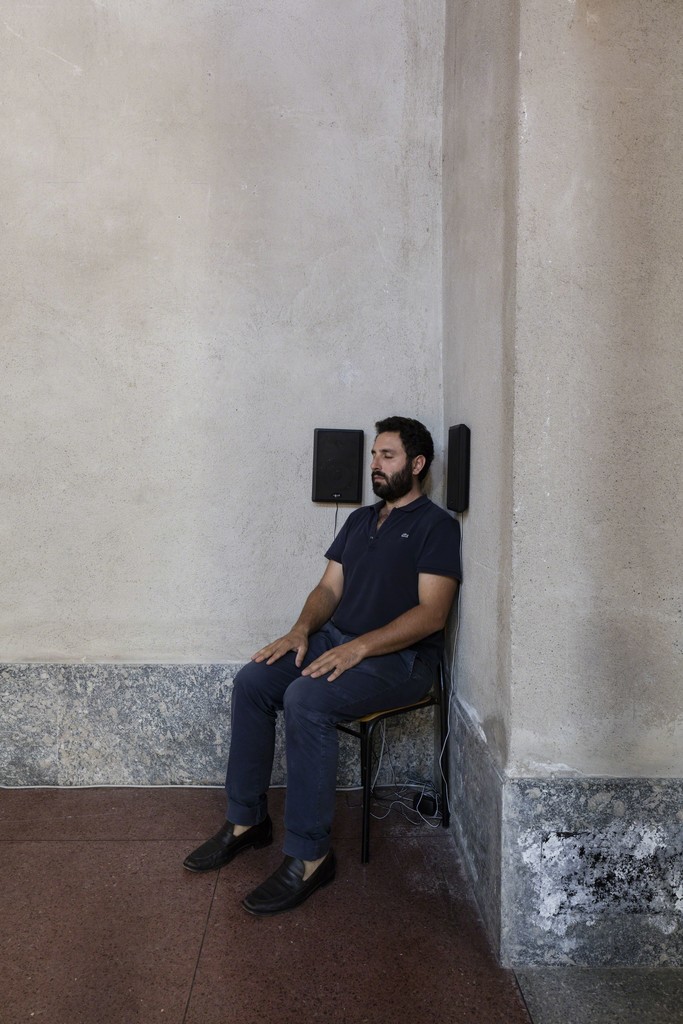 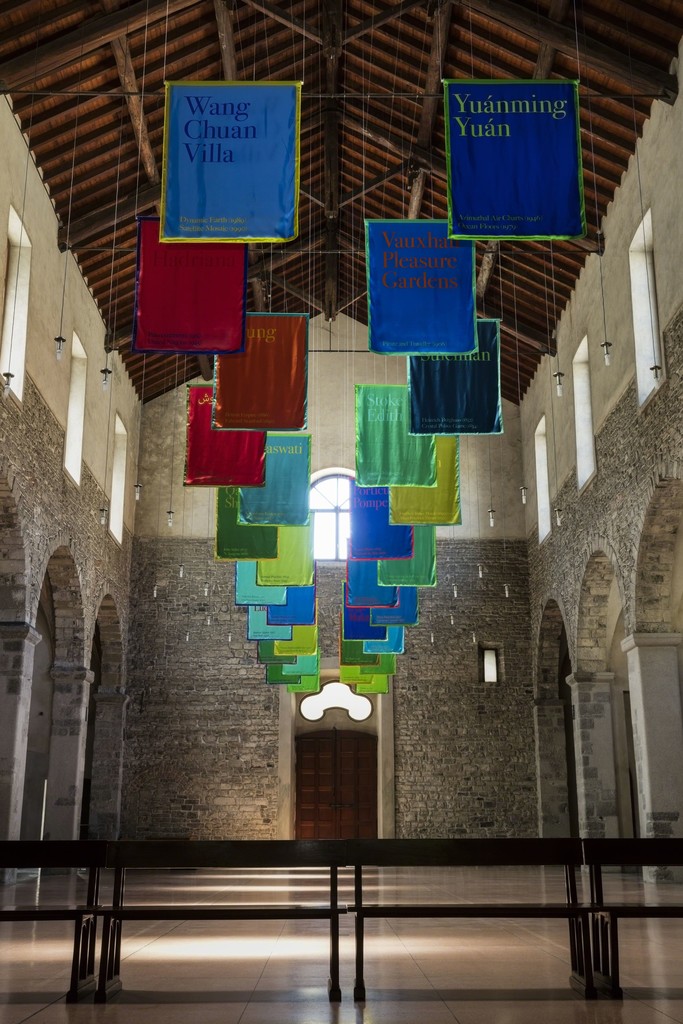 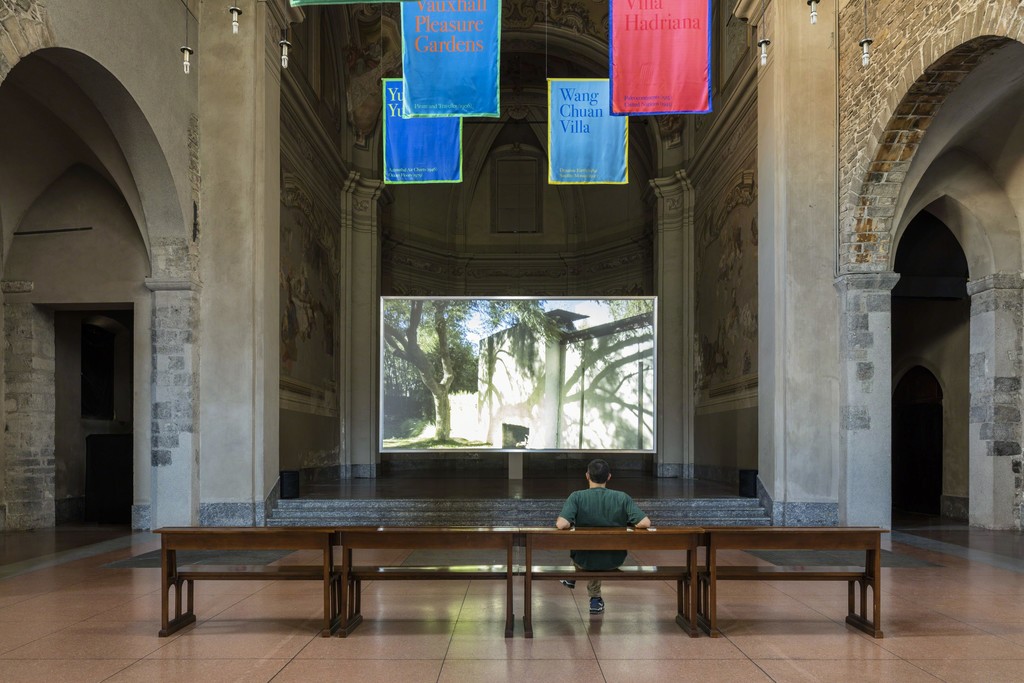 "To trace, to touch. A finger moving over a page, following contours, locating place names, pointing out words, underlining them in pencil, testing their sound with a voice. Returning again and again to the books and to places, to find something previously missed. Something that has a different meaning after different encounters, different inhabitations, and different journeys over the passage of time."
Renée Green, from Come Closer (2008)

Organized as part of the XXII edition of the CSAV - Artists Research Laboratory held in Como from July 1st to July 23rd 2016, Tracing is Renée Green’s first solo exhibition in an institutional space in Italy.
In Tracing, Green continues her recurrent and ongoing process of examining forms of relation—of perception, sensation, feeling, thinking. This includes the question: What is specific about a sentient being defined as human?

Taking into consideration the monumental architecture of the church of San Francesco in Como, which displays traces of its alterations since medieval times, Green presents physically light and ephemeral works; tracing many pasts, the works resonate with the architecture in a conceptually rich installation in which films, sounds and a Space Poem made of textile banners are combined with the perceivers’ circulation through space to provide a layered and kaleidoscopic sensory experience.

The visitor is welcomed to the former church by two sound works: Vanished Gardens (2004), and Imaginary Places (A to Z) (2002); placed in two of the aisle’s chapels, both pieces set the exhibition’s sonic tone with an incantatory whispered recitation invoking both imagined and vanished locations.

San Francesco’s central nave’s ceiling hosts Space Poem #6 (Tracing) (2016), thirty colourful textile banners produced in Como by Ratti S.p.A; specially created for Tracing, each banner bears the name of a historical garden which has vanished or changed through time, as well as a variety of cartographic references spanning 2000 years; by combining gardens, exemplars of physically attainable paradise, and maps, images drawn to represent the world, both culled from this planet’s vast storehouse of existing lands and cultures, Green’s Space Poem #6 provides an exquisite reminder of humans’ perpetual attempts to link what is desired with what is imagined, amid earth and the cosmos.

Projected in a suspended screen in the apse is Green’s film Begin Again, Begin Again (2015), composed around architect Rudolf M. Schindler’s 1912 manifesto, Modern Architecture: A Program; the film’s complex structure is narrated in a deep resonant voice, allowing a variety of consciousnesses to emerge: from Schindler’s numbered pronouncements on architecture to Thomas Mann’s ruminations on life; from a sweeping chronological vista of 128 years, to Paul Bowles and Green’s mediations on the strangeness of survival.

Hidden in the recesses of the church one can encounter a projection of the film Elsewhere? (2002); originally produced for Green’s Standardized Octagonal Units for Imagined and Existing Systems, a garden folly installed in Kassel during Documenta 11. Elsewhere? provides a poetic meditation on “beauty plus pity,” from paradisiacal gardens to eccentric architecture, tracing human’s aspirations during different times and places as a meditation on what has been imagined and enacted in a world of uncertainty.

In Tracing, Green’s ongoing questions of configurations, architectures, and spaces emerge in relation to people and subjectivities that exist in the world: What is inherited and what is made, gained, lost, and transmuted through time, amid change and migrations, amid contestation, repetition and difference, or imagined as utopian, even when violent? What efforts do live creatures exert to begin again? What traces do these leave behind?

Renée Green is an artist, writer, and filmmaker known for her highly layered and formally complex multimedia installations in which ideas, perception, and experience are examined from myriad perspectives.
Via films, essays and writings, installations, digital media, architecture, sound-related works, film series and events her work engages with investigations into circuits of relation and exchange over time, the gaps and shifts in what survives in public and private memories as well as what has been imagined and invented.

Her most recent books include Other Planes of There: Selected Writings (2014, Duke University Press, Durham), Endless Dreams and Time-Based Streams (2010, Yerba Buena Center for the Arts, San Francisco), and Ongoing Becomings (2009, JRP Ringer, Musée cantonal des Beaux-Arts, Lausanne). She is also the editor of the collection of essays Negotiations in the Contact Zone (2003, Assírio & Alvim, Lisbon) and a Professor at the MIT Program in Art, Culture and Technology, School of Architecture & Planning.