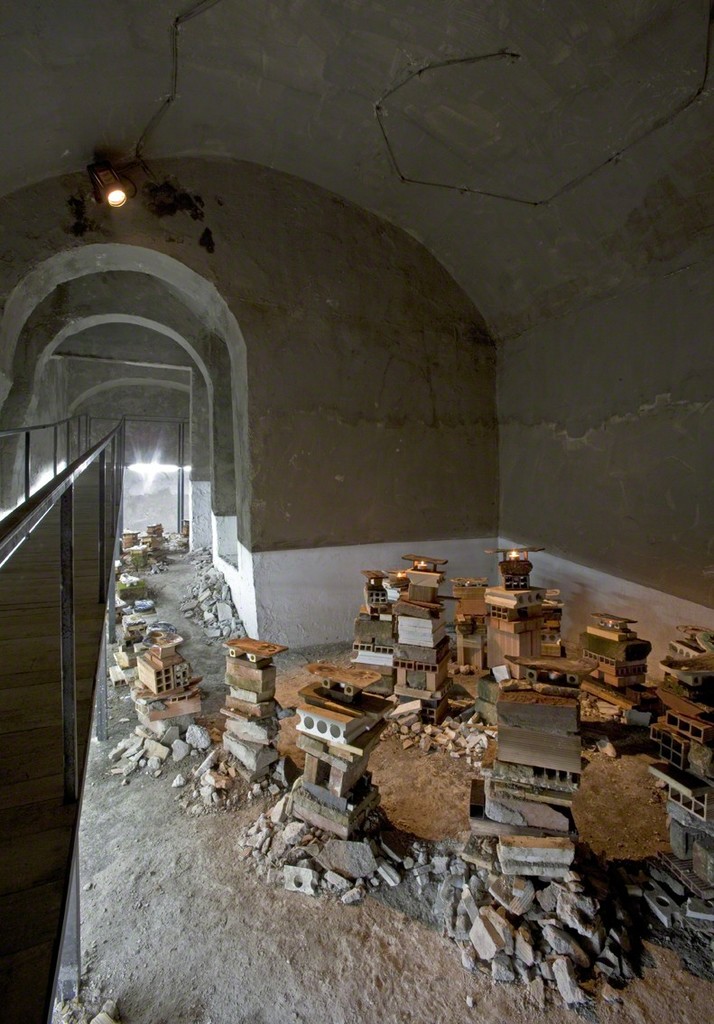 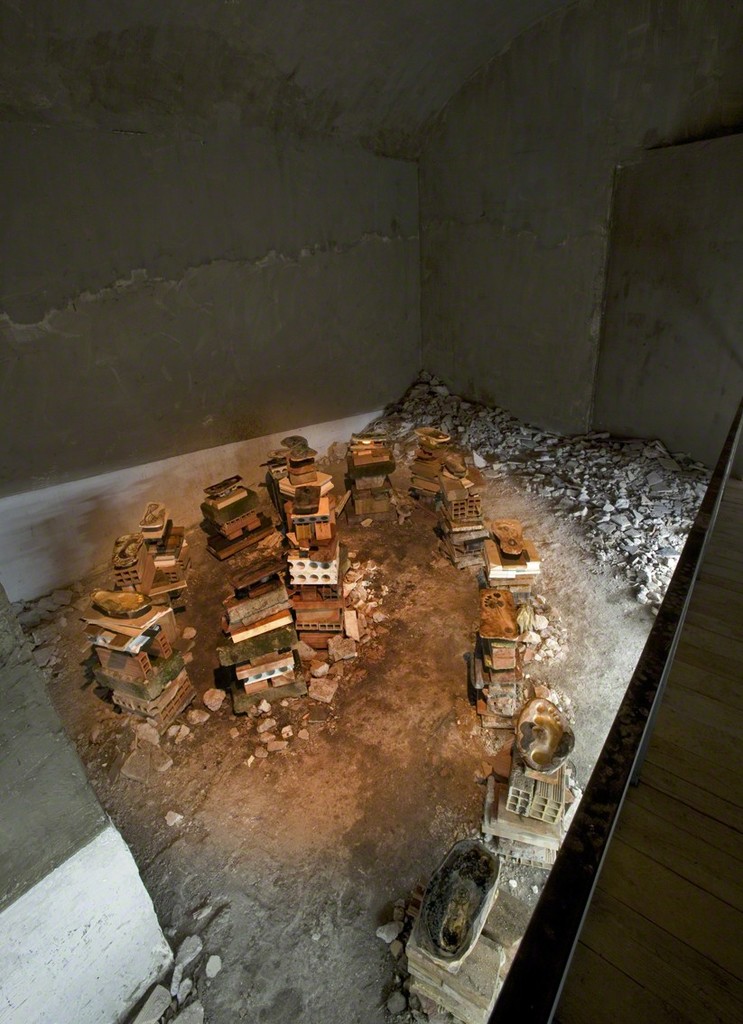 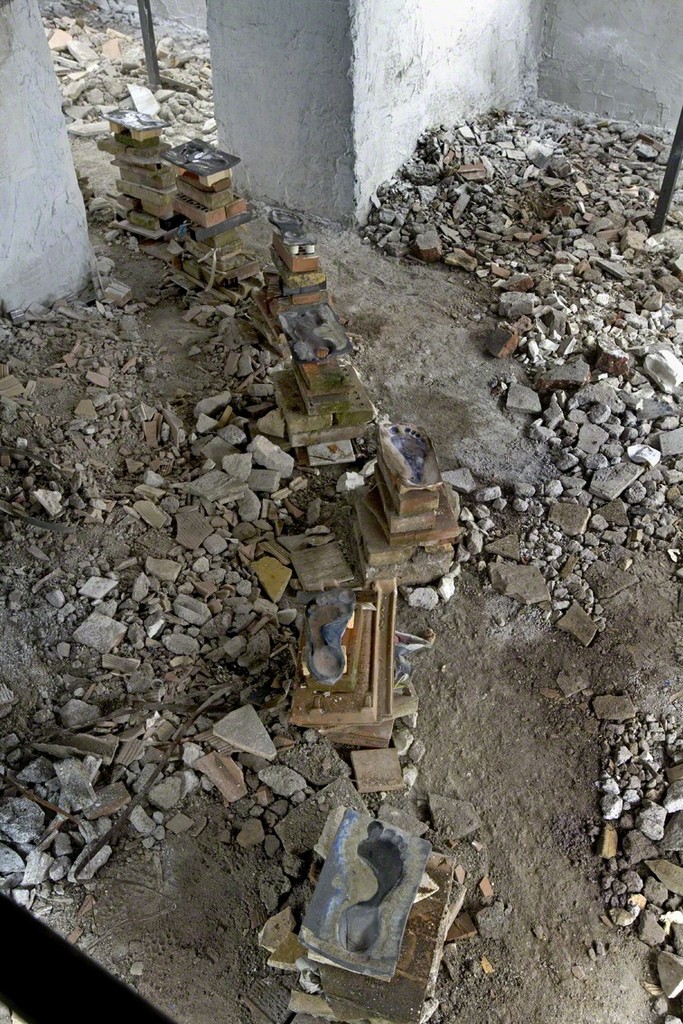 Two opposing spirals of energy touching only at certain points in their curving form create a symbolic path, which represents Bruno Ceccobelli’s “Longamarcia” inside of VOLUME!. Ceccobelli’s work demonstrates his belief that art embodies moments of the sublime that produce tension in the spirt.
The spiral inward and outward traveling lines form paths in the gallery. Above the storm is a walkway that functions as a metaphorical high ground and a path of rationality. It is a place of observation of the past, and the present geometry. The spiral that turns from the outside inward, is formed through a succession of human footprints, made of simple pottery and raku ceramics. They follow an ascending path in a spiral of the past, born from the rubble of history. The second path is formed from the element of water. The water is created by the drops that fall from the foot prints which will eventually be evaporate by the small candles placed under the ceramic that also illuminate the passage.