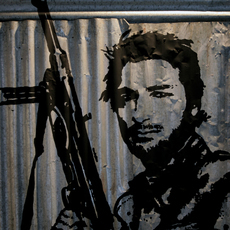 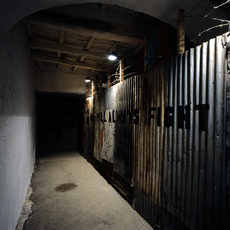 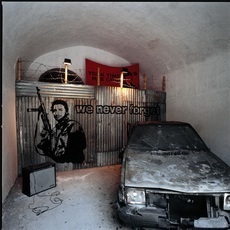 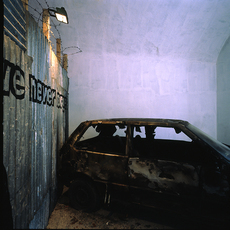 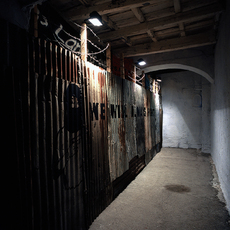 The interventions of Costa Vece an Italian-Swiss artists sheds light on things hidden, and gives voice to what is kept quiet. His iconographic images provide a vehicle for his resistance against a society that fails to act against huge gaps in wealth and power. A larger imposing wall with sheet metal and barbed wire invades the space of VOLUME! acting as a symbol of the separation be-tween ethnic groups and the intolerance of political extremists against foreign immigrants in Switzerland. In the only floor area of the space the artist ignited a car, creating a scene that refer-ences urban warfare, which is often the only means of protest for those who would otherwise remained crushed by the mechanisms of power.