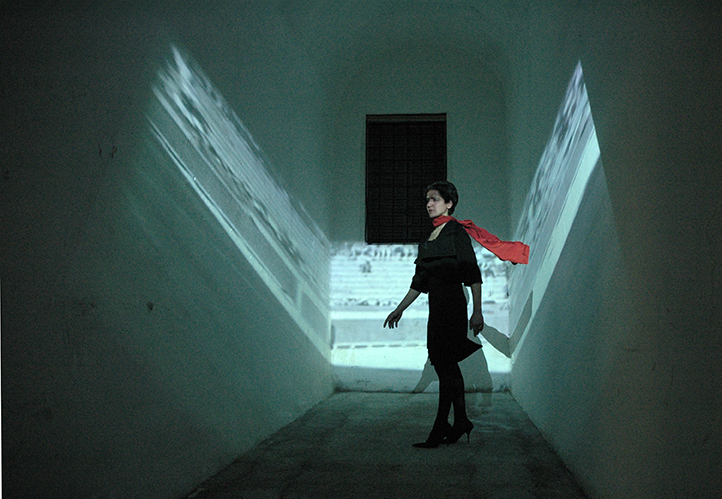 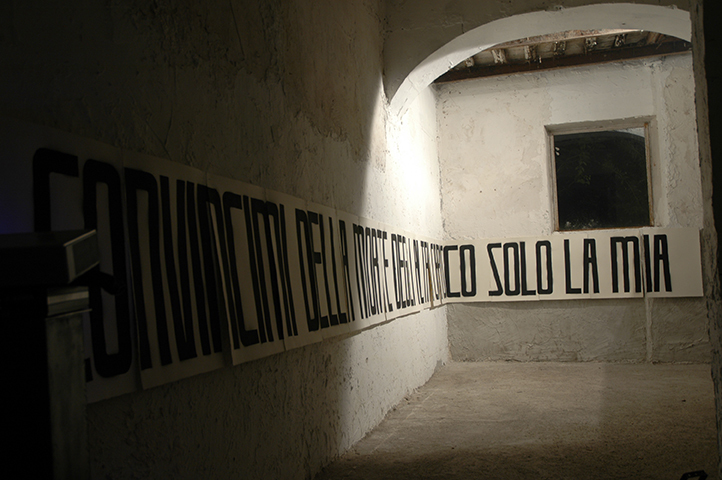 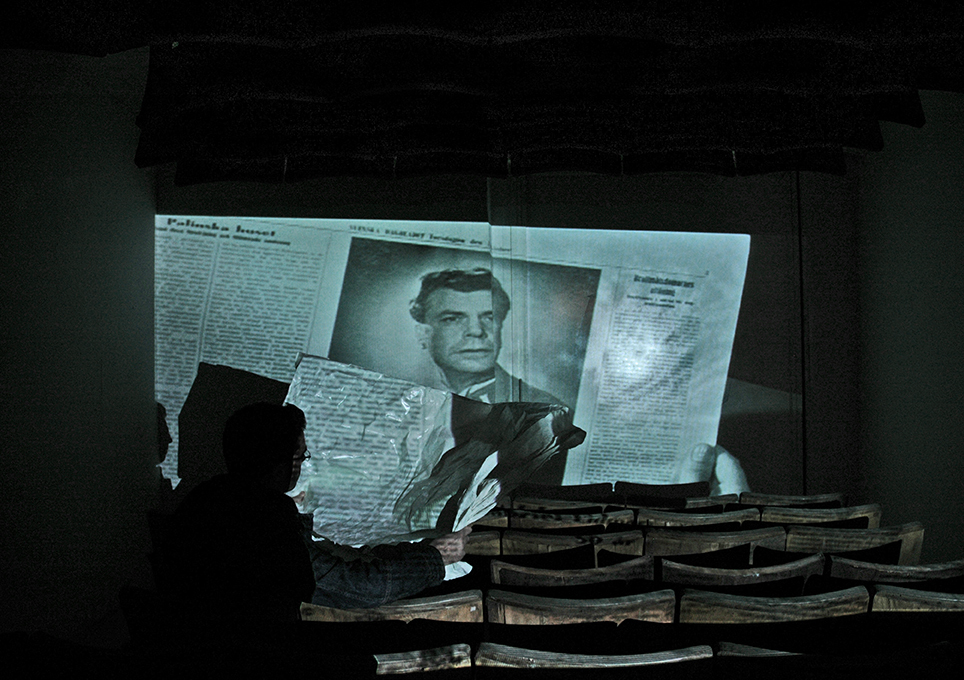 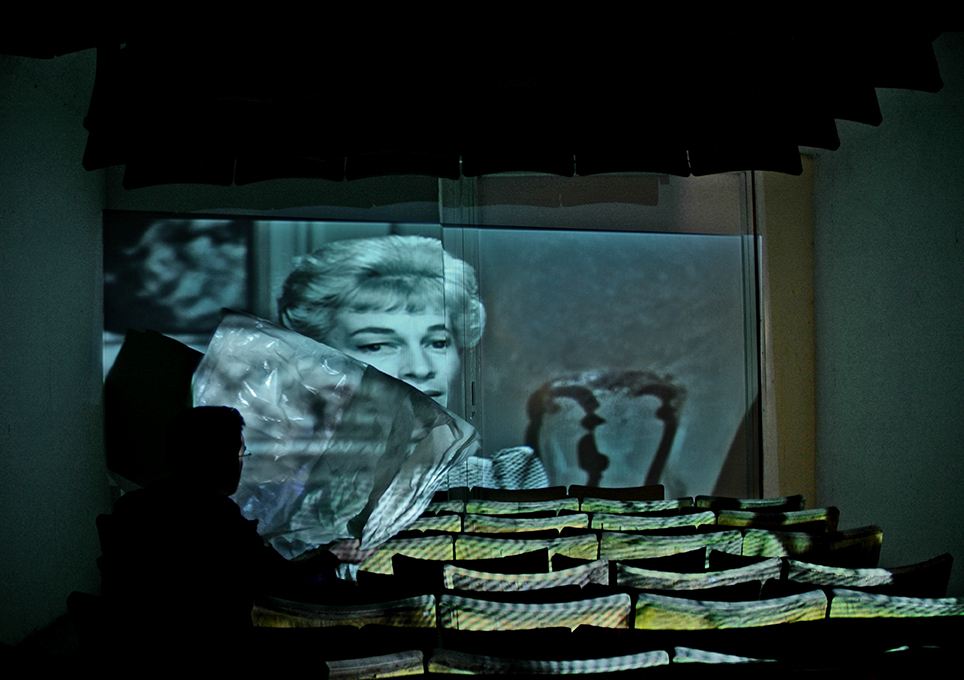 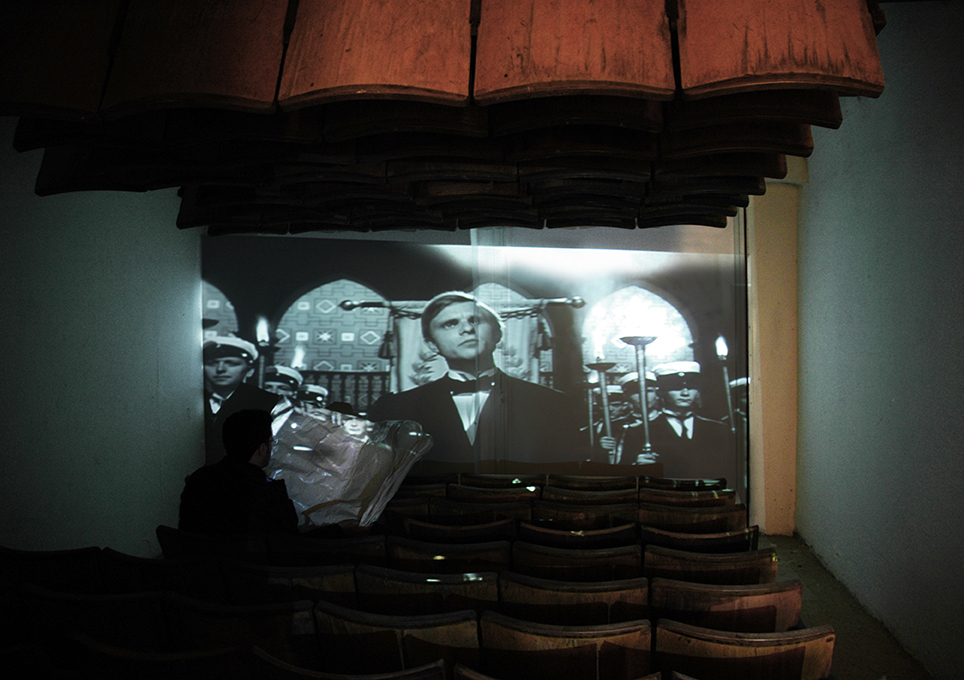 The art of Fabio Mauri captures the essence that underlines every artistic experience. "Close to Heaven" is formed from the combination of installation and performance, it creates an existential experience that unites man, with his inability to come to terms with death. "Convince me of the death of others I only understand mine" writes the artist, on a strip of cloth hung along a wall of the space, describing the absurdity of the myths surrounding death, which man is bound to be-lieve. From his studies of death Mauri creates stories of a life after death, a life upside down. Mauri stages this metaphor, recreating a movie theater where nothing is exactly how it is suppose to be. On both the ceiling and the floor he installed seats. On the wall are images of Gertrud, Dreyer film, whose projection also fills the pages of the paper held by the only spectator, while in a corridor of space there is the penetrating gaze of an almost motionless actress.