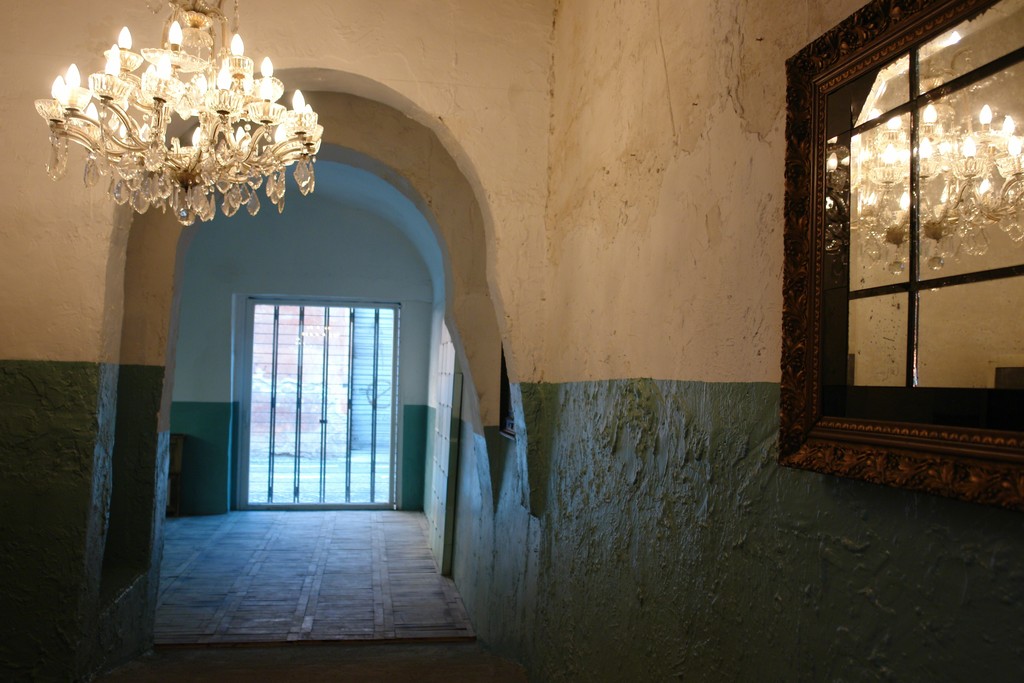 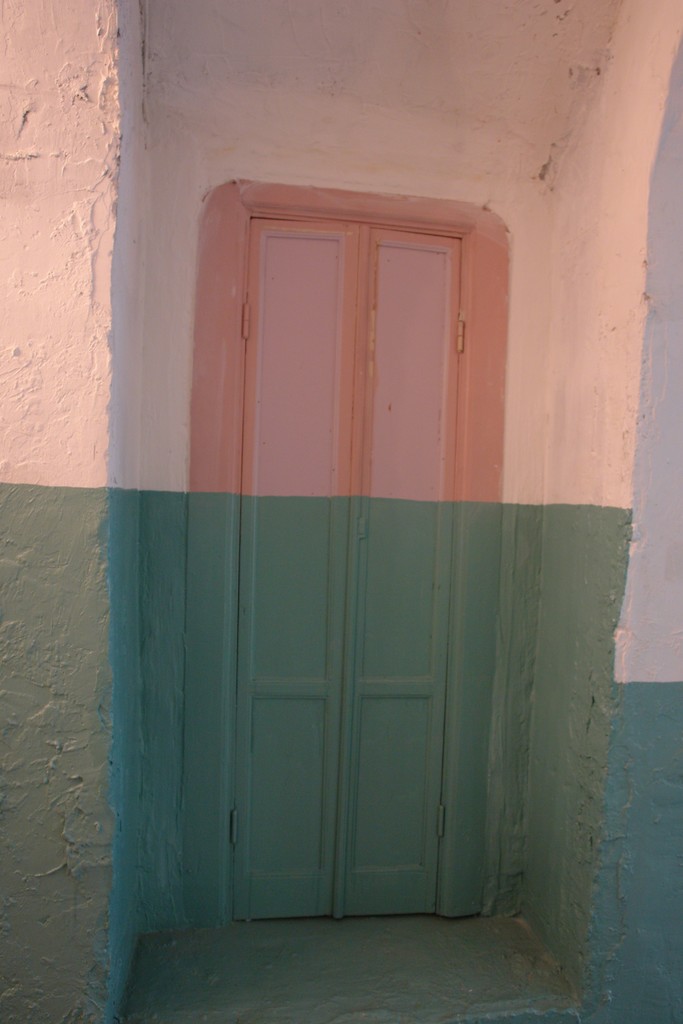 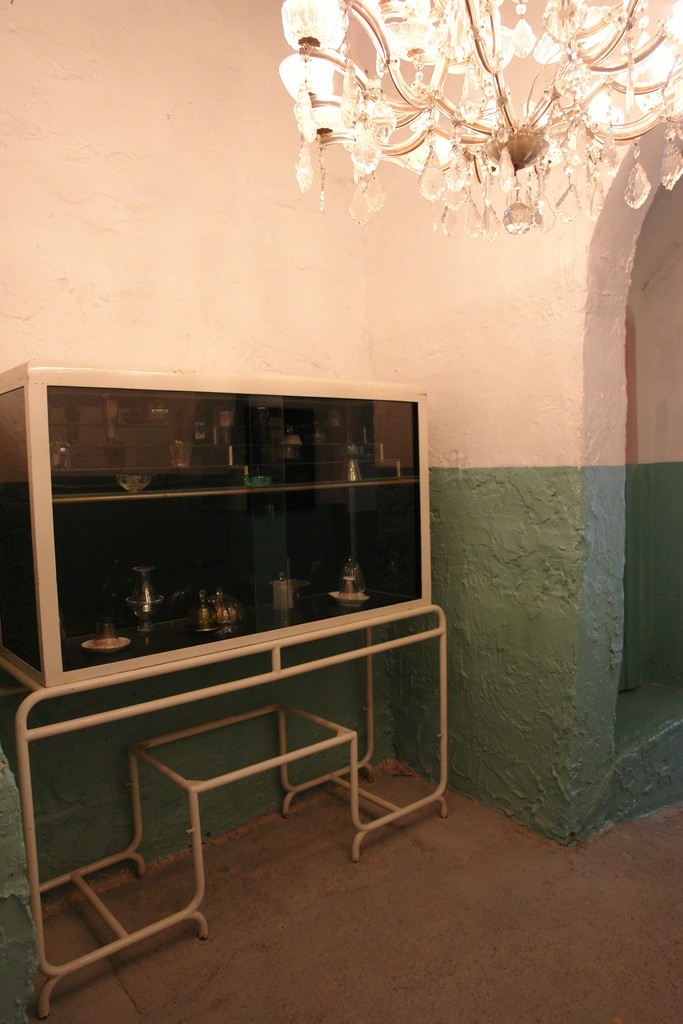 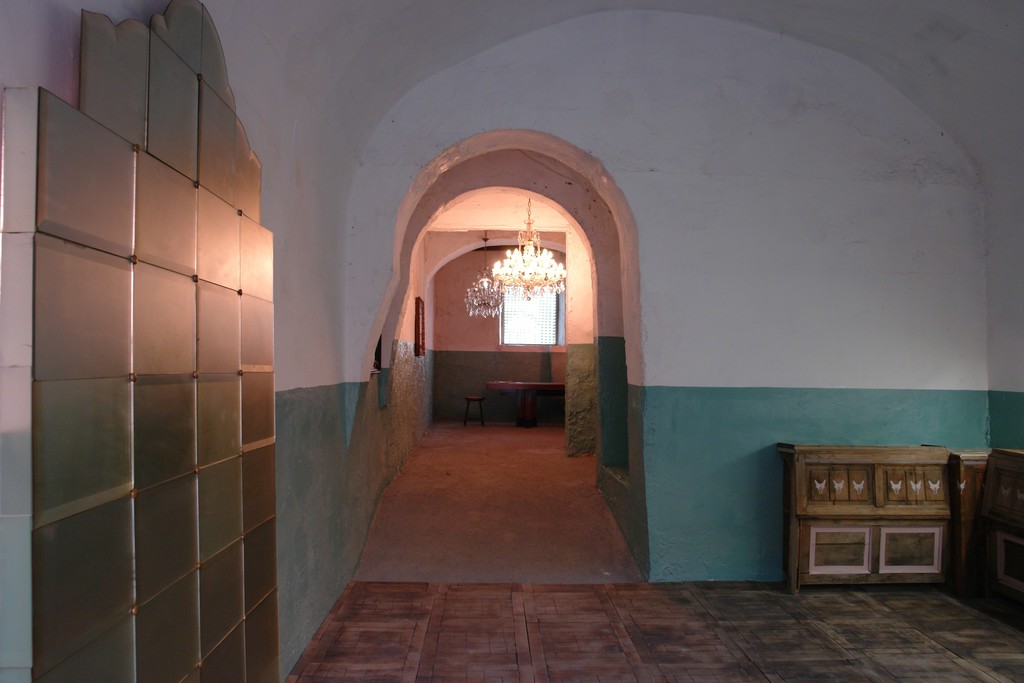 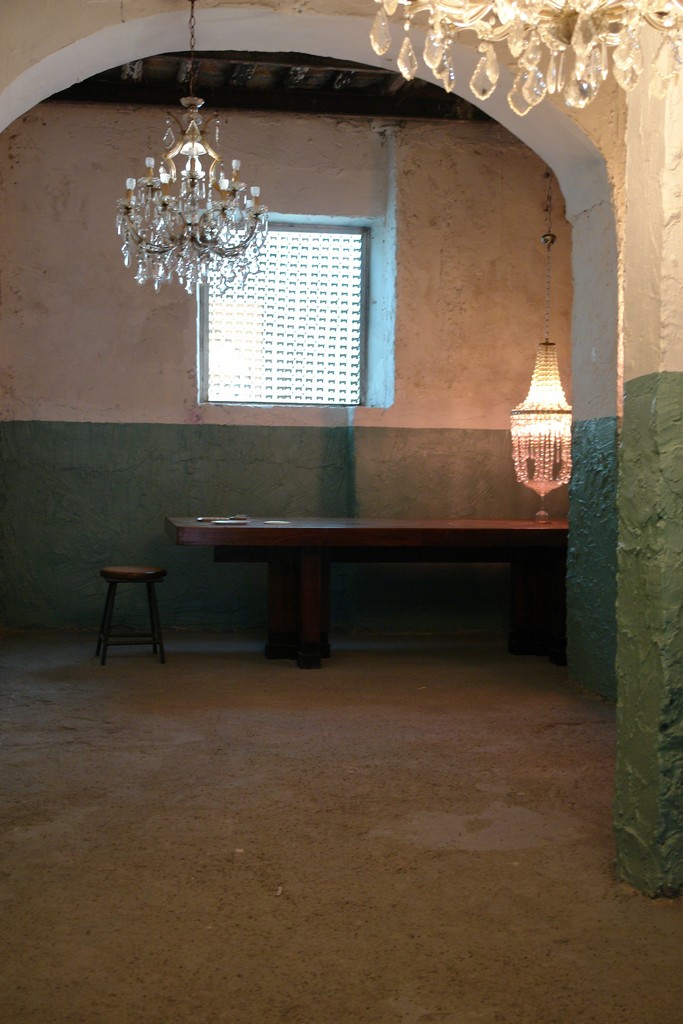 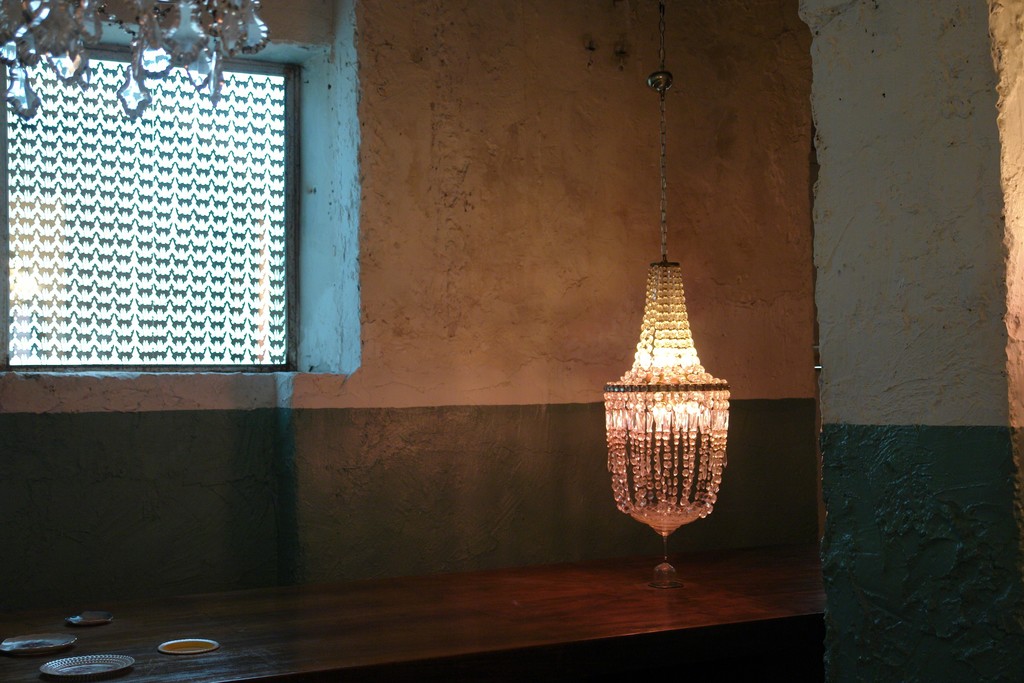 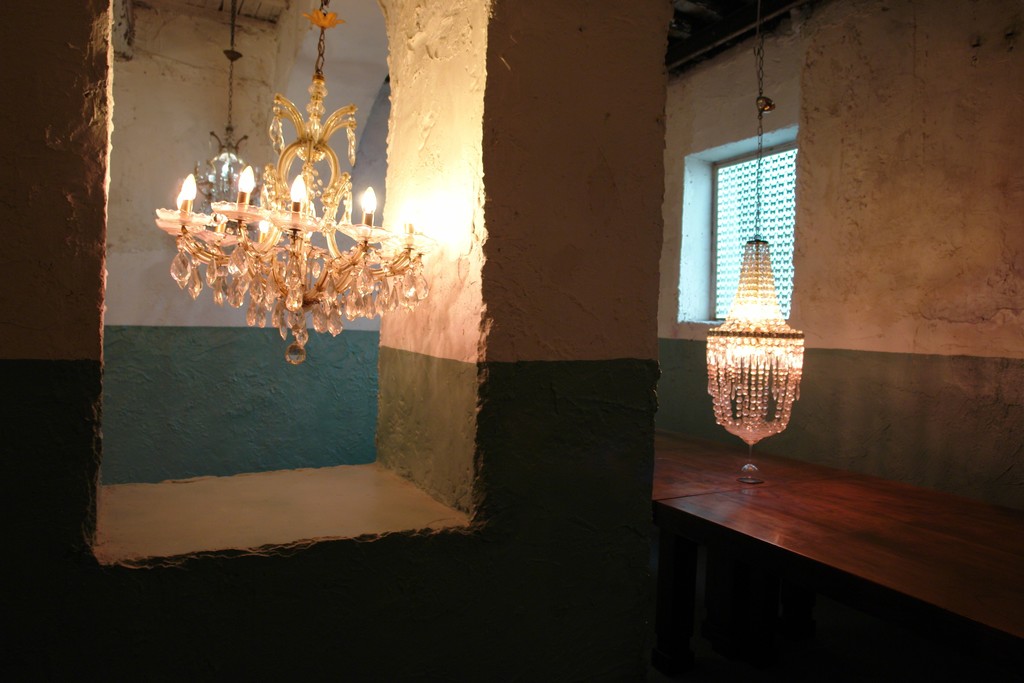 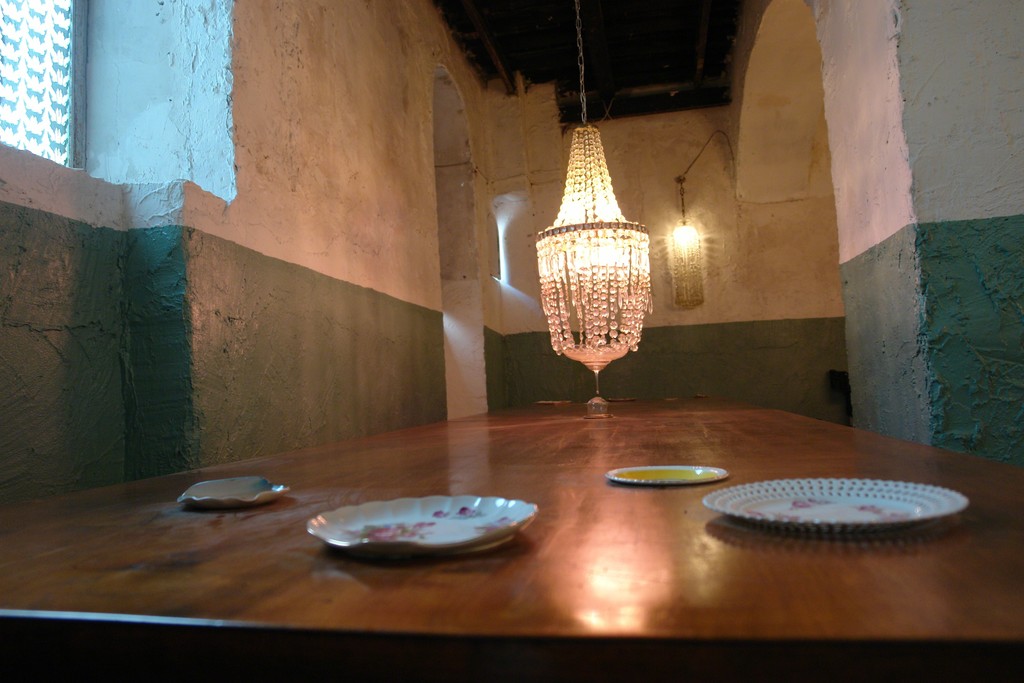 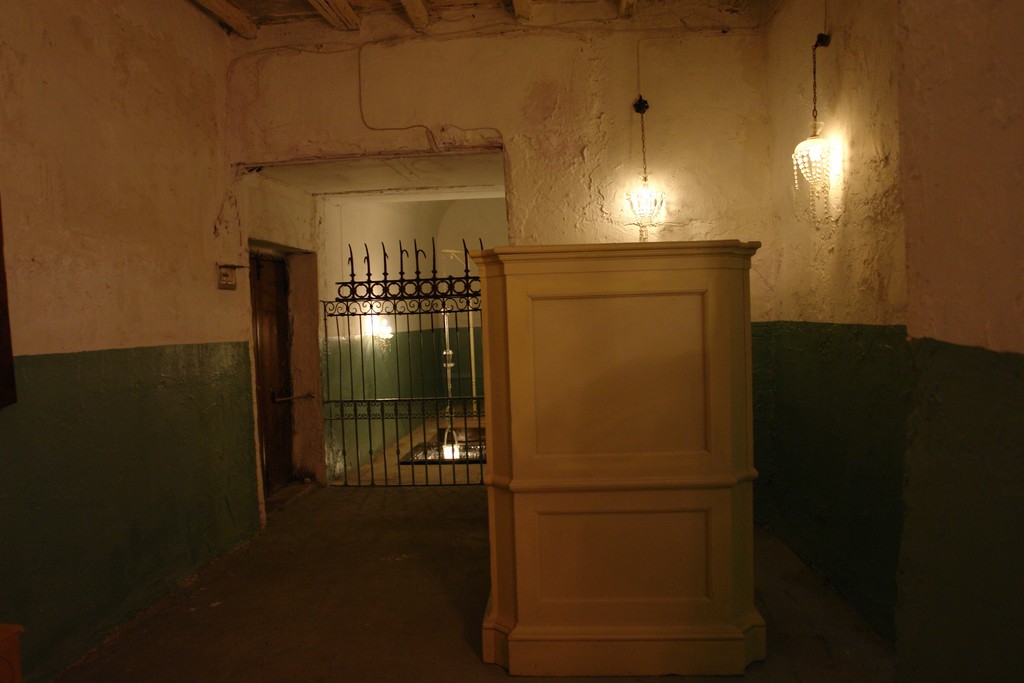 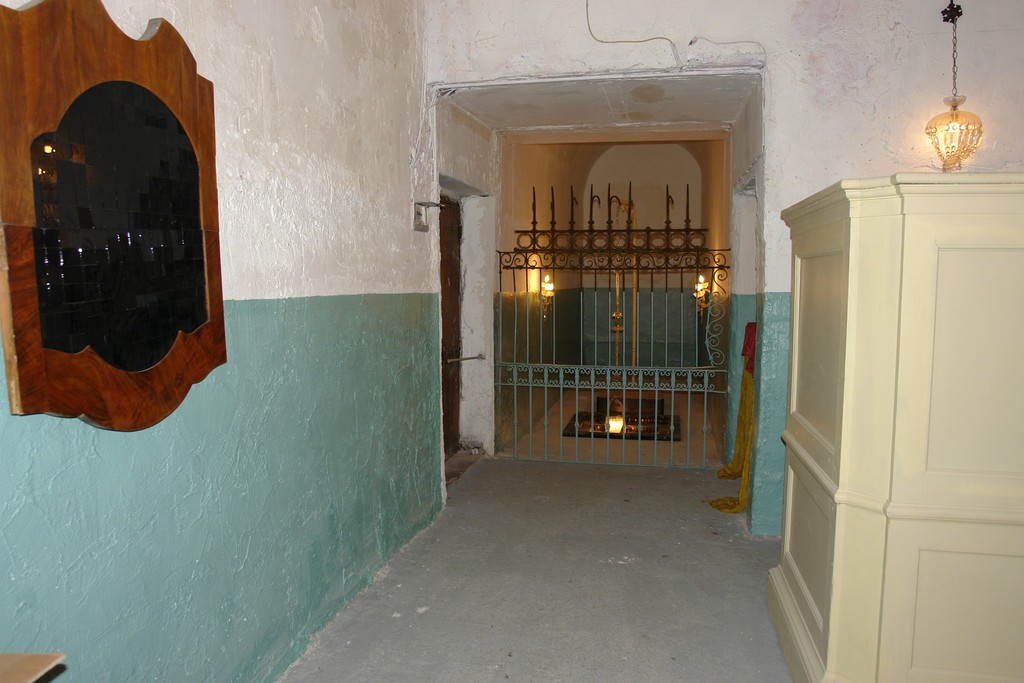 Memories are a mix of immaterial images without a specific collocation, while the memory is the place of the past experiences and where our identity comes from. Flavio Favelli’s work at VOLUME!, Vermut Hall, utilizes the memory to create a mental space. He puts some objects apparently similar in the place to construct a common memory, valid for everyone. In this unusual route, he locates an ancient furniture that suggests an amount of memories concentrated in a space without historical references in which everyone can find a piece of his life, apparently lost. Favelli releases the objects from their usual function and then, through the relationship with the other objects, they gain a symbolical independence with a quite surreal value. The artist utilizes the place as a medium for his conceptual works, hiding the place’s identity. Even if the exhibition did not invade the space, it covered the previous stratifications like a maquillage. Favelli makes a completely balanced union between the objects and the space. In this way, these elements interact to create an infinite map of different identities and histories.