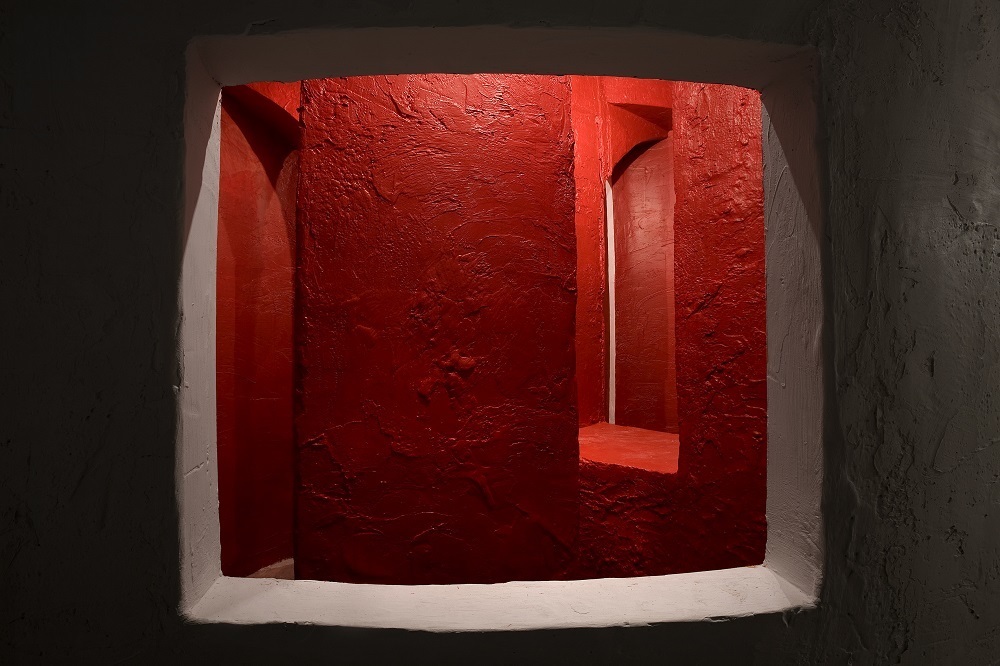 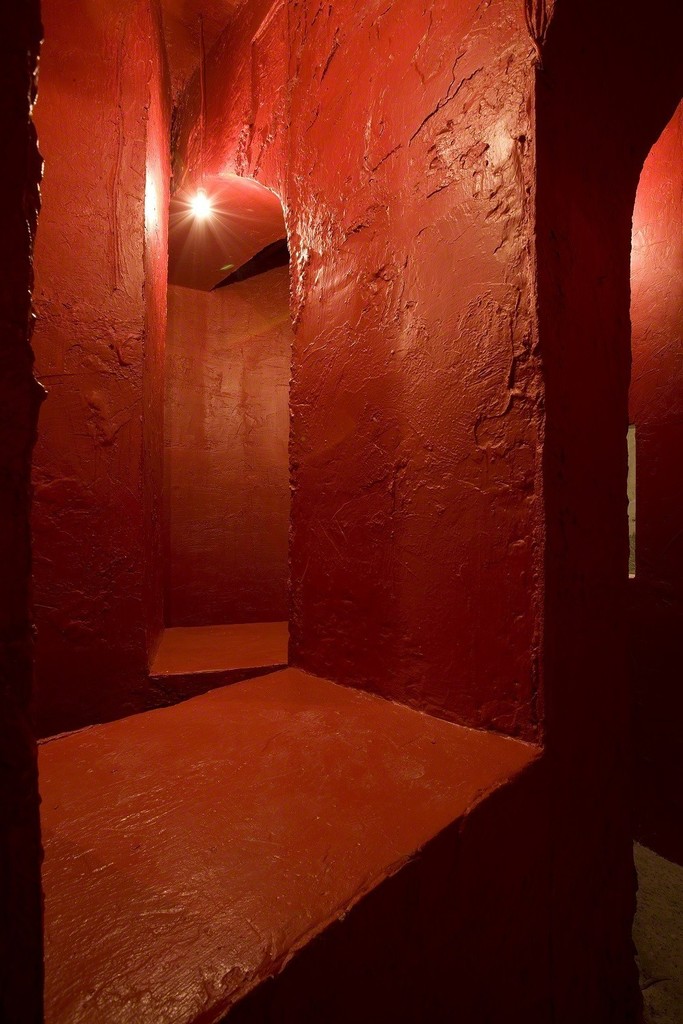 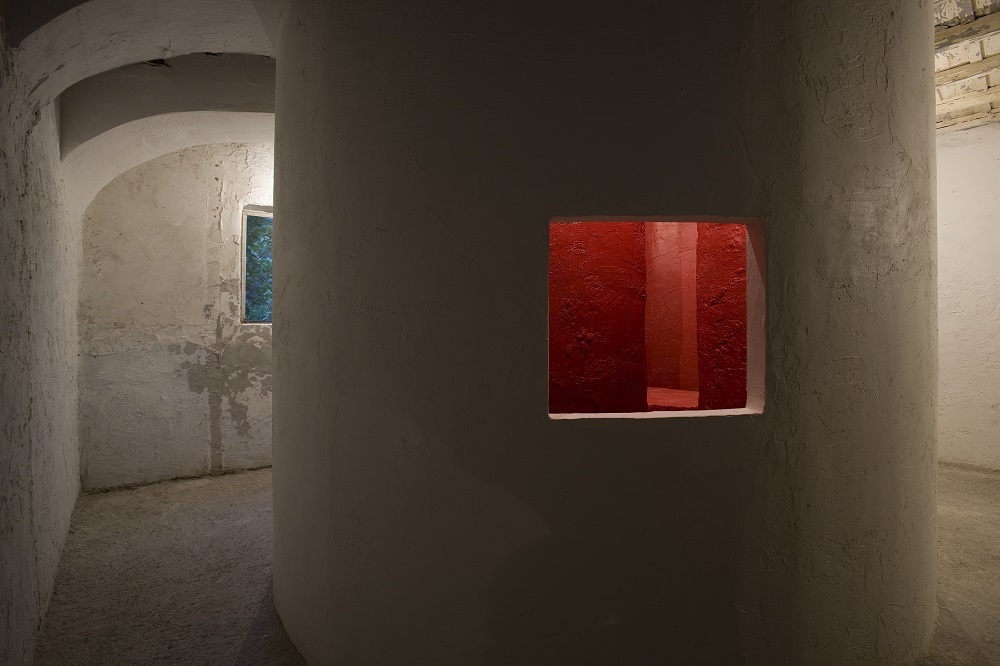 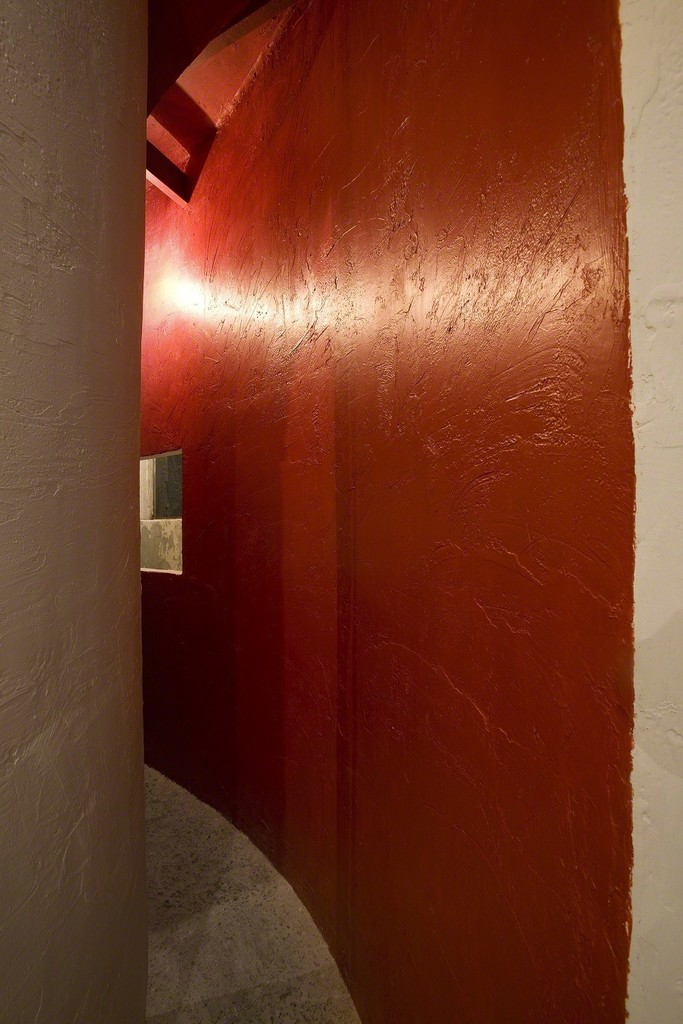 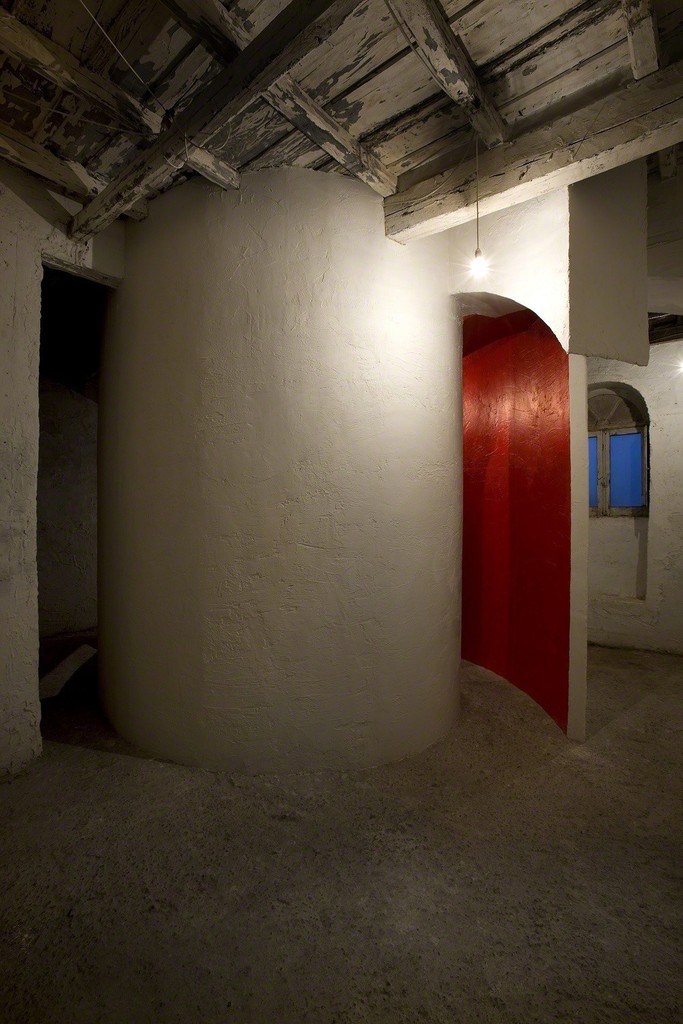 A pair of pillars is translated and rotated in the North-South direction so that it intercepts, through the cardinal axes, the cosmic dimension. A spiral figure is plotted and realized around this new structure. The figure is a sort of open egg, formed by a curved wall that reaches the ceiling. The egg symbolizes both the universe, and a maximum formal entirety. The spiral gives life to a small room that enshrines the four pillars, two original and two reproduced. It creates a compressed environment, a hidden heart: a claustrophobic architectural space concentrated on the plastic nucleus, which is central to the physical space, as well as to the meaning of it. The mysterious and alienating environment is painted red. It is possible to enter the space or observe it through a series of openings. Despite seeming ephemeral, the installation aims to express the permanent character of the space of Volume!. Through an absent presence, “La Stanza Rossa,” or “The Red Room,” reveals that which has always existed inside Volume!.