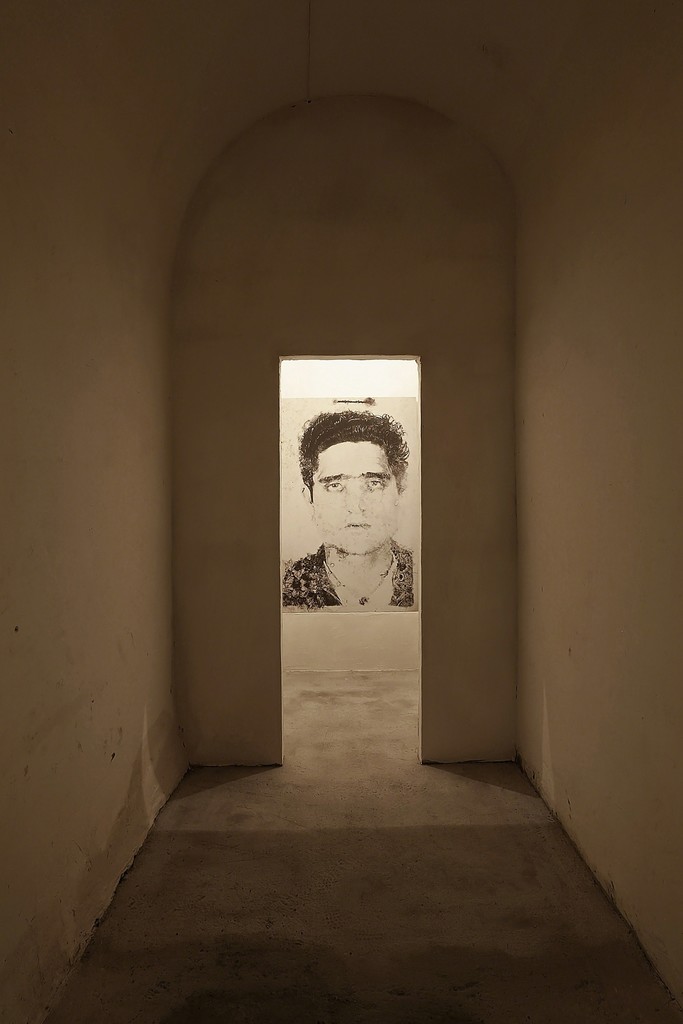 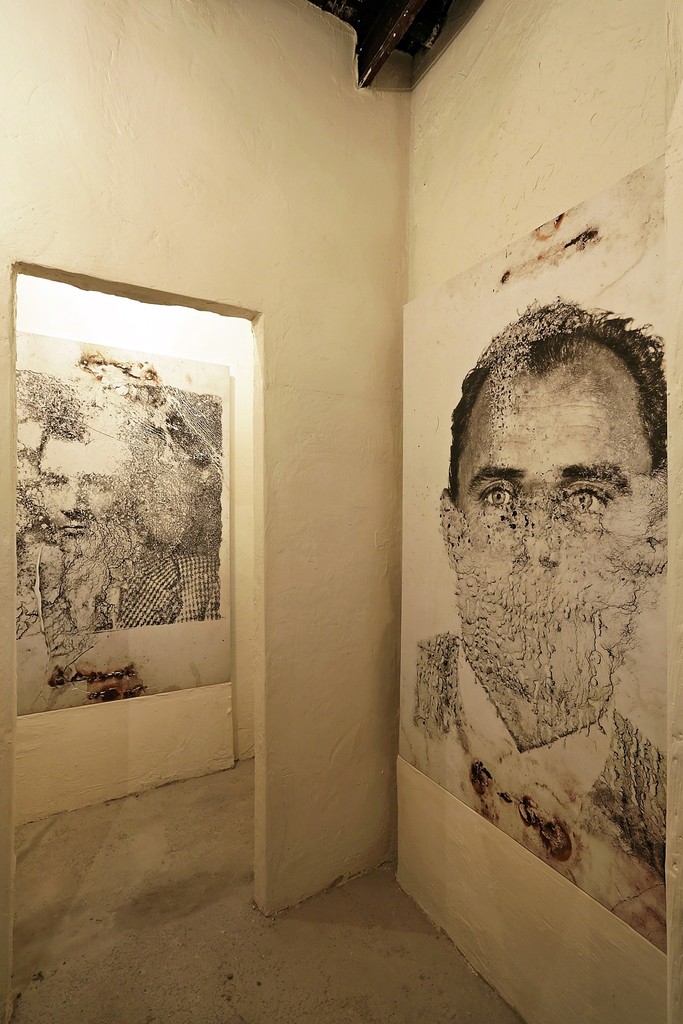 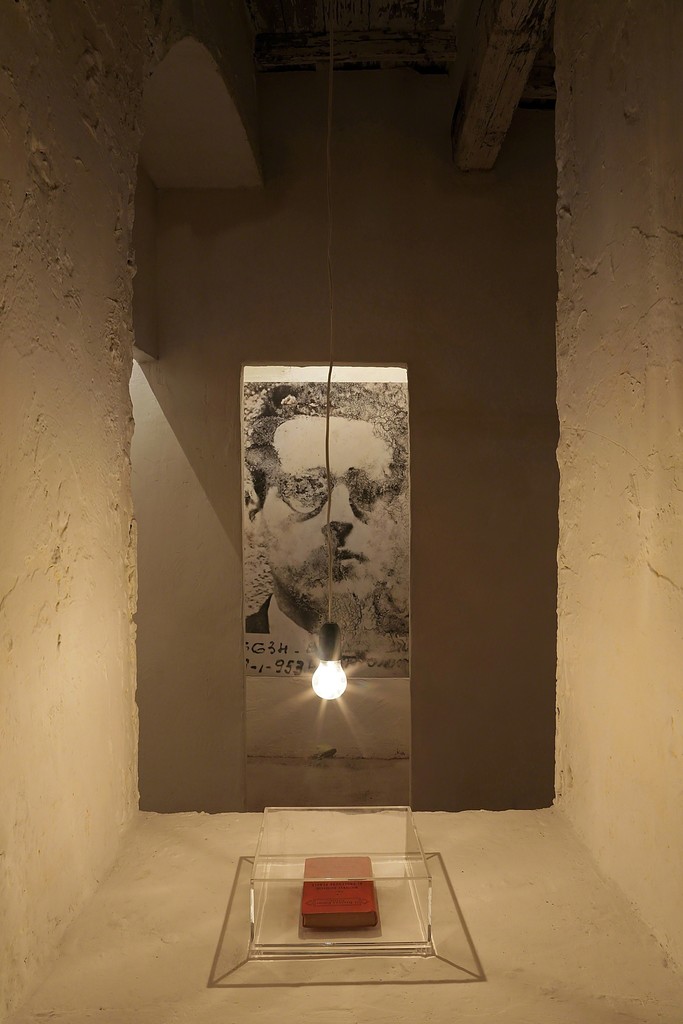 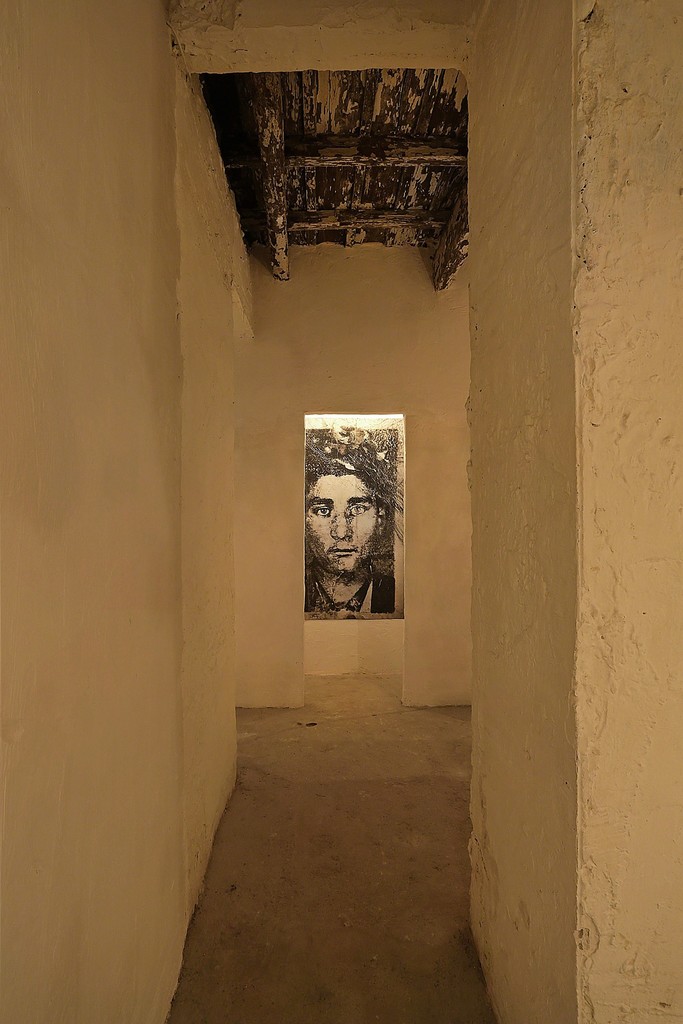 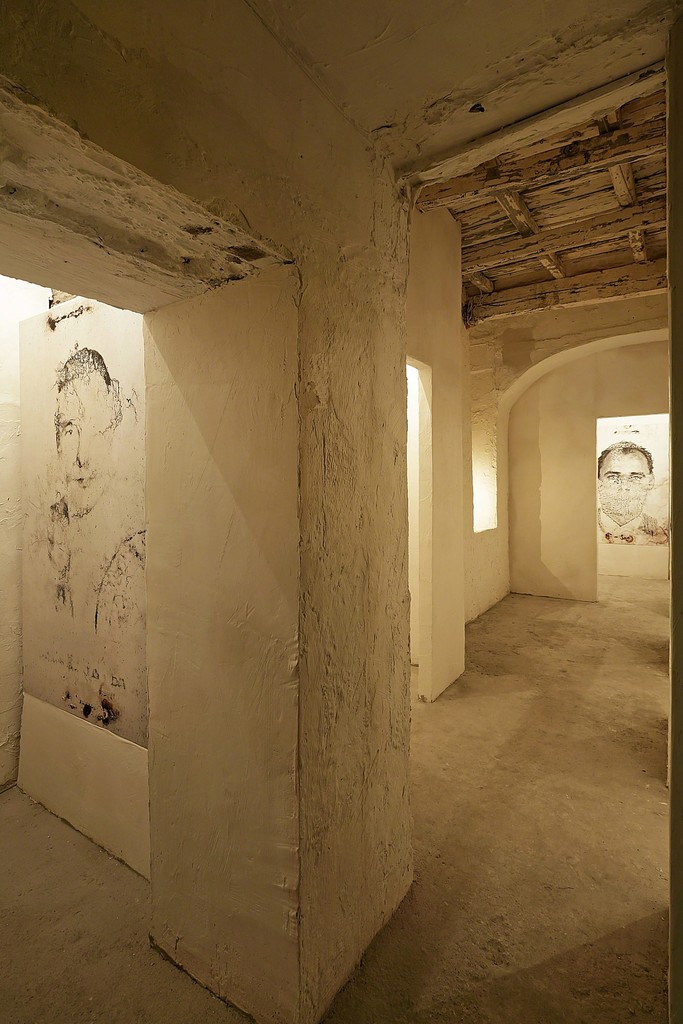 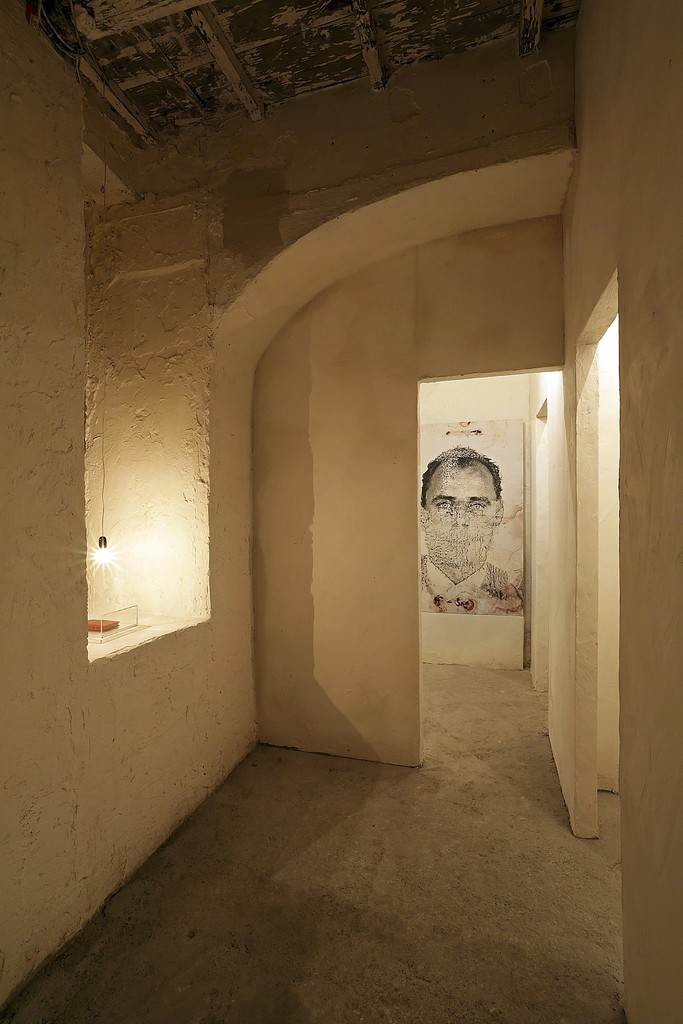 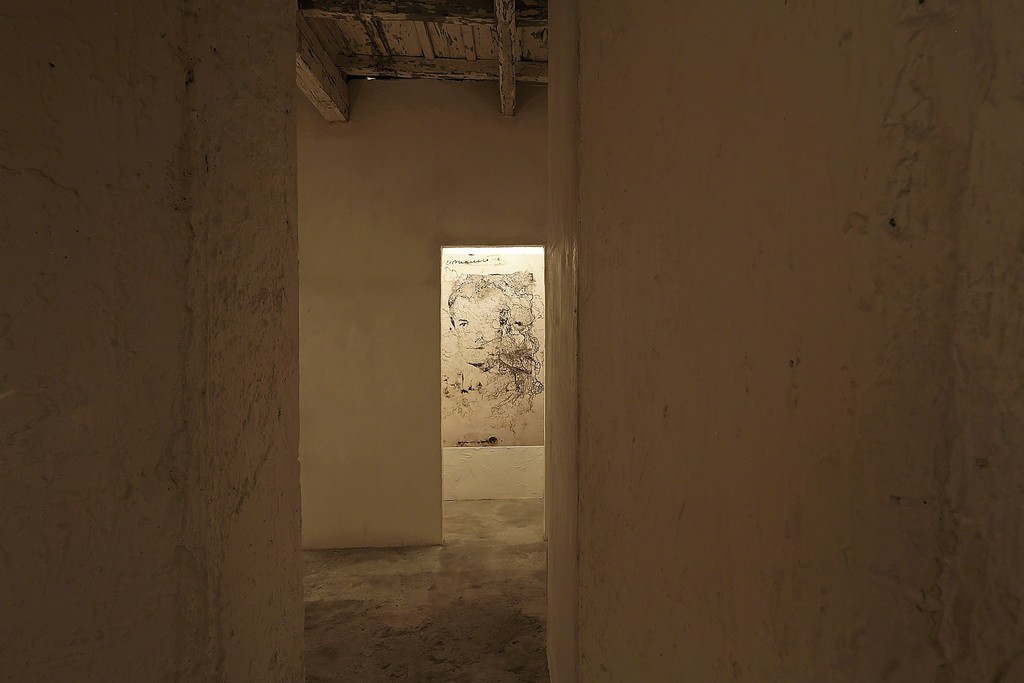 From the 19th of February to the 24th of April 2014 the rooms of VOLUME! change again their forms to hold Gianfranco Baruchello’s work Loss of quality, loss of identity. This is a project that makes the space to be a memory habitat. This is not the first time that Baruchello opens a dialogue with images and objects, which start up a reflection about disappearing, loss and memory. And on this occasion he puts them together with the theme of the archive. Sixteen big photographic portraits and a sound track create an environment where the fragment has a its own presence and physicality, and a its own stature and interpretative key.

The project was born from a group of mug shots of the Livorno’s State Archive. So Baruchello became to get interested into the identity of these people and he tried to understand how much time had modified these photos turning the loss of photographic quality into the loss of identity and historical memory. But this story actually is a micro-story: these photographs are part of State Police documents concerning with people who - between the ‘30ies and the ‘50ies- were under surveillance for political reasons. Later some accidental events had so damaged this documents to make them almost unreadable, but they were anyhow worthy to be conserved.
Then the photographs have been enlarged. Being in an intermediate space between appearance and disappearance, they have become the topical proofs of the actions of the memory. Giving them the right physical presence, Baruchello saves them from archival dimension and miniaturization, upsetting his typical work procedure.

A new presence and memory actually replies to the loss of quality: who are these characters? What were they charged of? What was their life?

Furthermore, the new arrangement of the rooms of VOLUME! gives to these presences a new both solitary and choral-like dimension, fragmentary and organic too. A hard understandable catalogation forces ourselves to wonder about the concept of power and control, archive and archiving. These figures, put side by side but at the same time separated the ones from the others, call upon ourselves to discover them and then to an epiphany. They seem to rise up from a past in which the feeling of death goes together with anonymity and loss of identity.
This project can be inserted inside Baruchello’s research about the “loss of quality” of the early ‘70s. In works like Autoritratto con perdita di qualità (1977), the artist photocopied photographs, portraits and printed materials up to lose the original image. In the same years he has observed and documented the decomposition and fragmentation of organic and inorganic material: no matter it was flesh, paper, sugar or ceramic. For the artist the loss of quality doesn’t concern with the real loss of life, of comprehension or simply with the decay of the original form. The dematerialization and dissolution process leads us to a question: what does an unclear image offer us?

The exhibition has also a sound component. Baruchello came back to a Gramsci text (wrote for the Socialist Party Convention that took place on the 15th of January of 1921 and named “Il Congresso di Livorno”, published on Ordine Nuovo, the 13th of January of the same year). But he has logically and grammatically changed it by cancelling those parts that made the text understandable. As the artist writes, this is both an “arbitrary and poetical process” that gives life to a sort of “recitable psalm with repetitions, assonances and hitches”. The artist has read the so changed text in a low voice and then he has recorded it. A series of key-words for the present, looking for their topical poetical redefinition. So the voice fills up the space with an immaterial dimension similar to the memory riding from the photos.
Since the beginning this exhibition has been conceived as a two-part-exhibition: the first one in Livorno (April-June 2013) in the area of the ex General Storehouses, now transformed in an exhibition space by the group of CARicoMAssimo, and the second one at VOLUME!. But in this new context it takes up a new meaning. It is now really based on the idea of archive, multiplicity and individuality. It really concerns with death and epiphany. It is really close to the Regina Coeli jail and it is now inside a so deeply stratified and full of memories place like VOLUME!