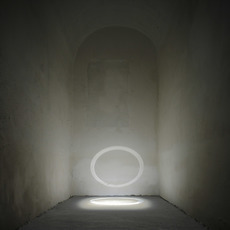 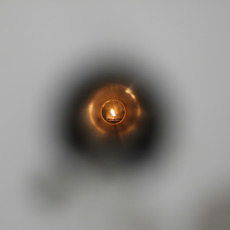 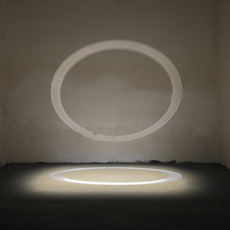 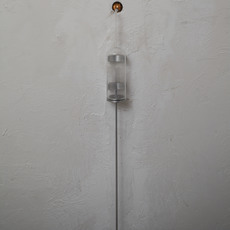 The work of Gregorio Botta changes the spaces of Volume! into an ideal dimension, projecting the spectator inside an initiatory path made of strongly imaginative visions, “mechanical paradoxes” able to activate imagination and think.
For Volume! the artist creates a path where the works act on the walls and on the space through reflections and feeble visions, which sublimate theirs own physicality into a movement able to produce fluxes of thought in a sort of round processuality. A game of shadows and multiplication of the forms in which the vision recreates a dialectic movement that lets the inner essence of things (and the harmony constituting them) arise.
Figures and reflected images, appearance and matter create a shady world, so as in the underground platonic cavern.
The matter consistency and the iron weightiness are transposed into the lightness of colour so as into the transparency of water: well-balanced mechanisms able to establish a dialogue between light and shadow, between what is visible and what is invisible.