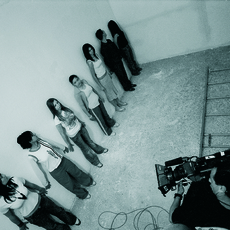 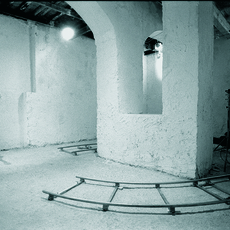 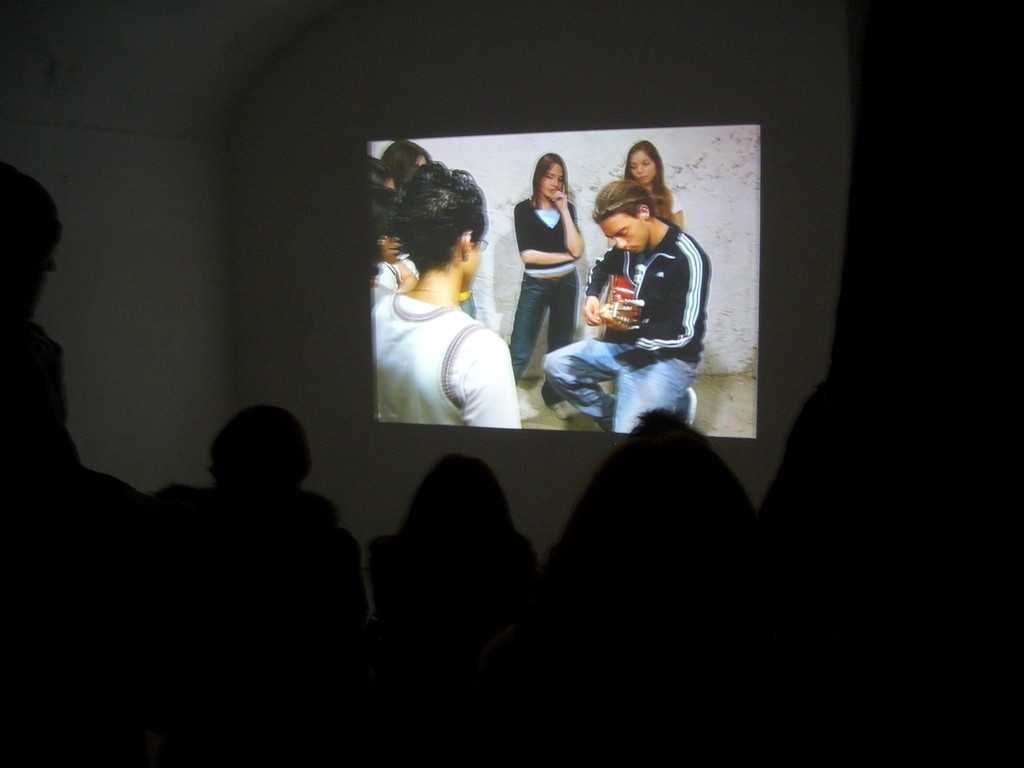 In the site-specific work by Italo Zuffi, “Project For A Cruel Example” VOLUME!’s architecture becomes both the subject and the location for video installation. Not only does Zuffi play with our perception of space but also with time. The video takes place in two different time segments the first is the movie opening with the words of a histrionic who introduces the section featuring eight young performers. Like silent movie characters the performers attempt to become part of the architecture and then to be agents in remodeling the space with their movement. The second part of the film consists of Zuffi’s direct intervention with the space transforming the gallery into a theater. A theme through out the exhibition is “an act of cruelty” revealed in the tittle and by the words of the actor is a looming struggle throughout the work that is quite never solved.