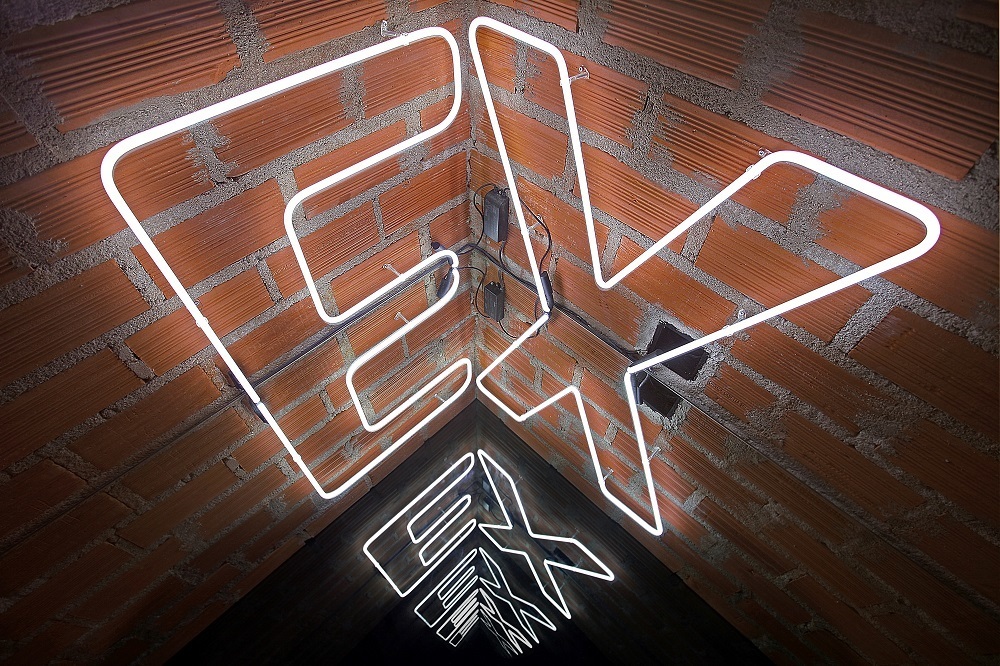 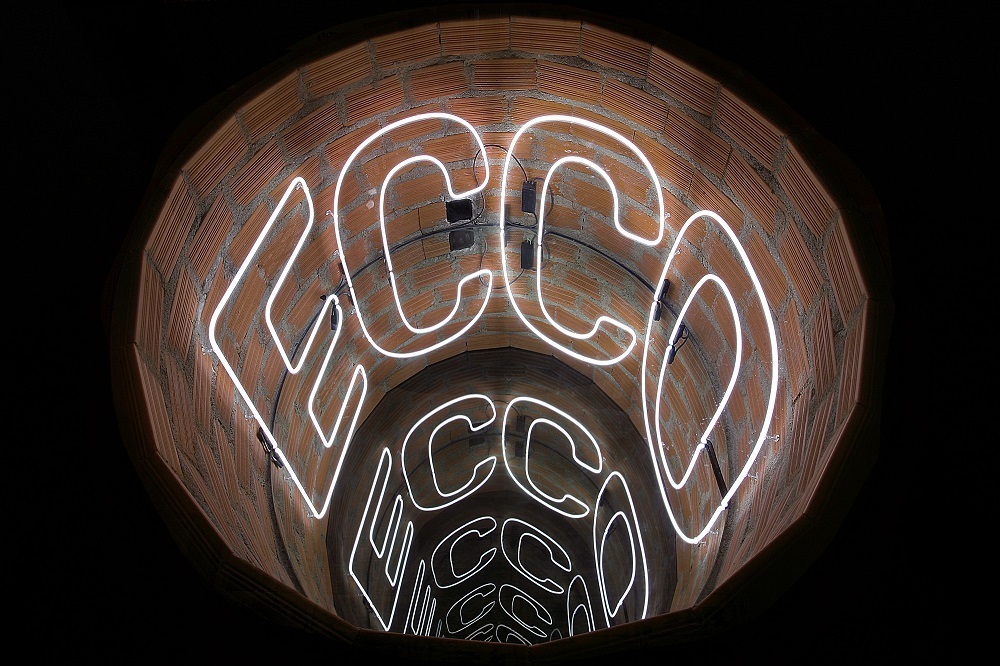 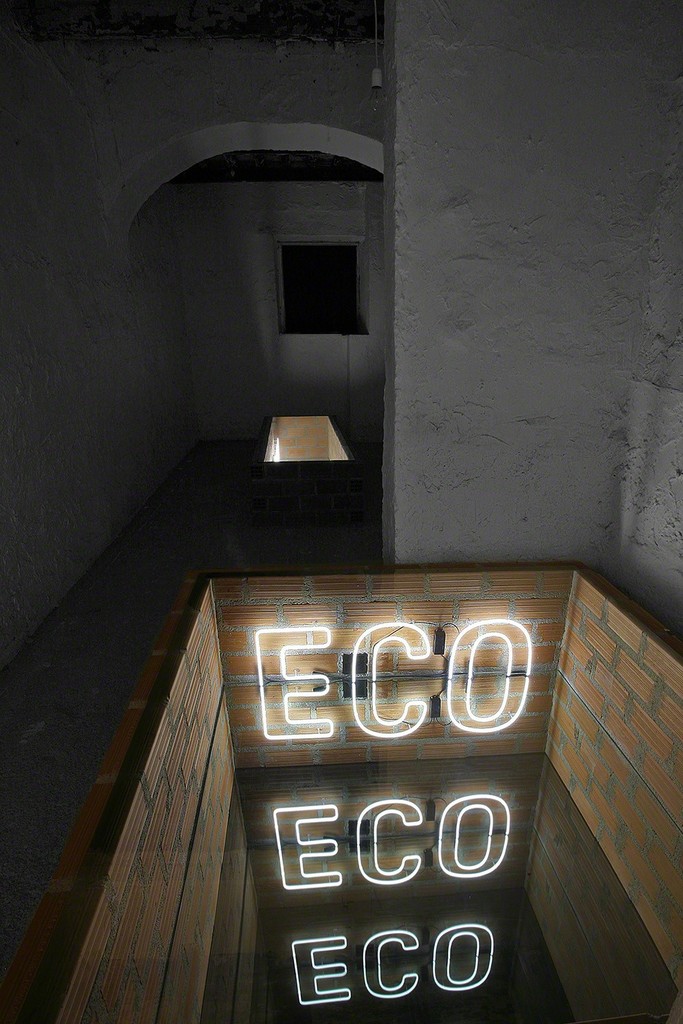 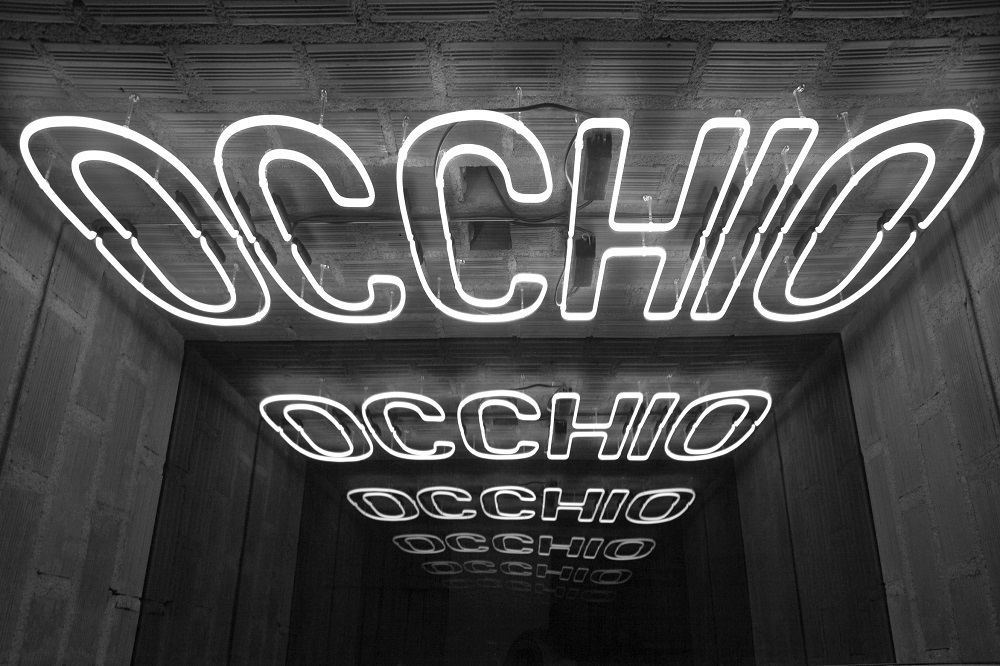 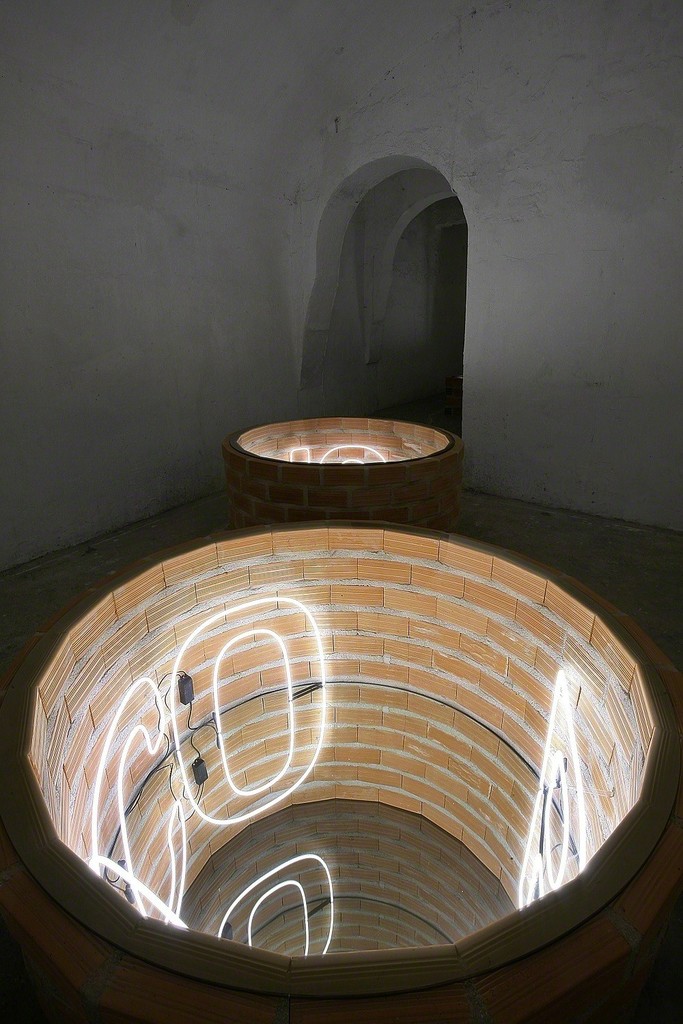 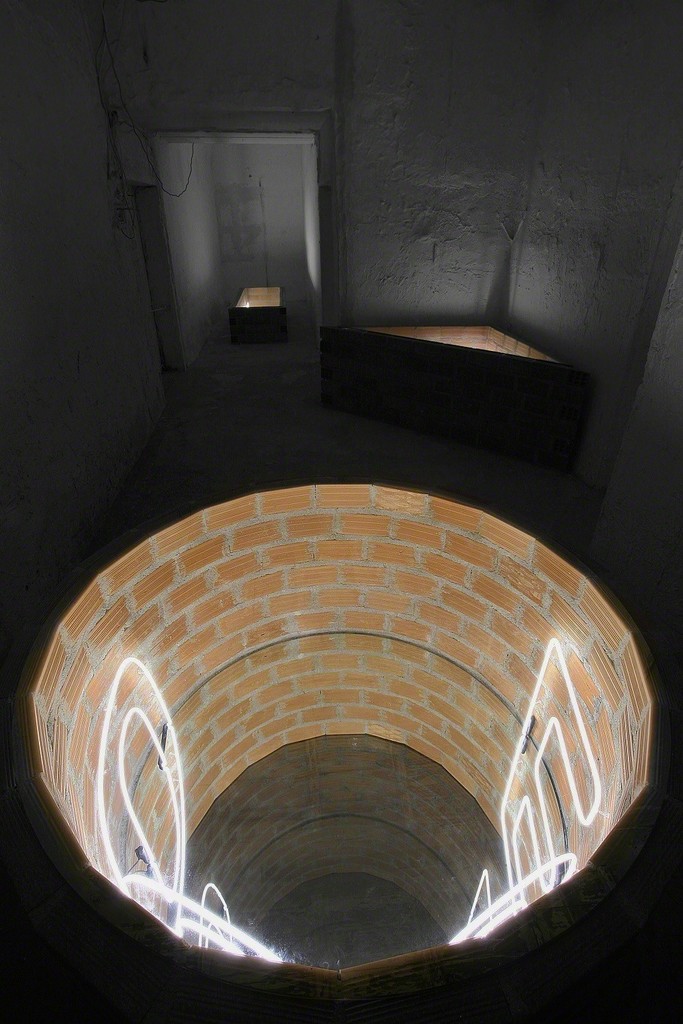 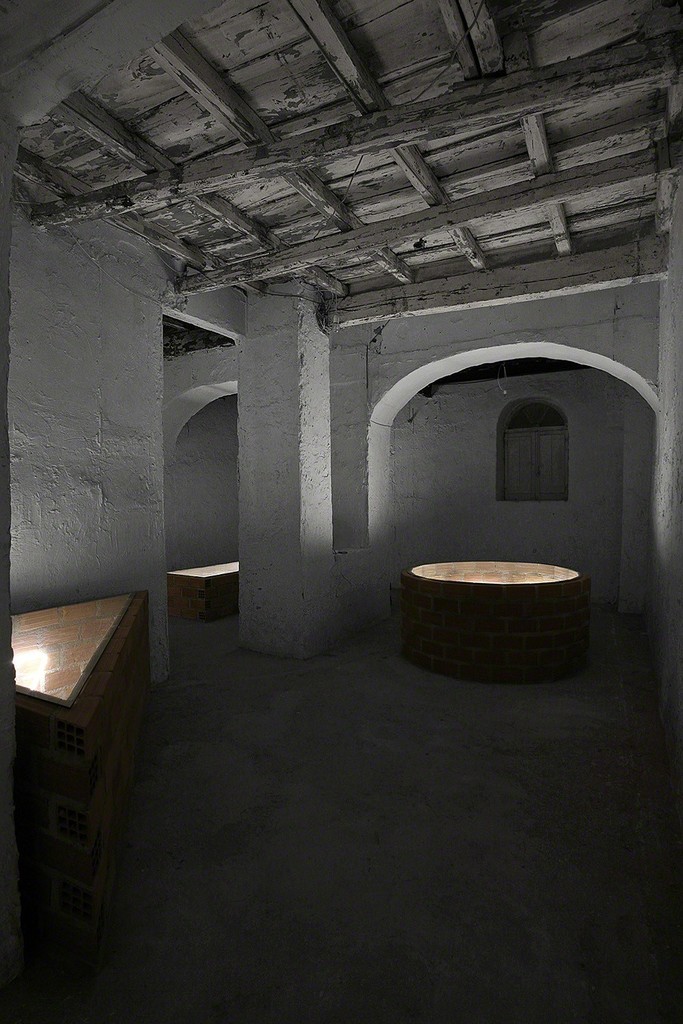 From March 2, to May 5 the Fondazione VOLUME!, in collaboration with the Embassy of Chile in Italy, unveils Nacht und Nebel by Ivàn Navarro a project curated by Antonio Arévalo. The installation wants to recall the atmosphere of the city of Rome between September 1943 and June 1944, when it was occupied by Nazi troops, was exposed to bombings and persecutions, and the population sought shelter in underground burrows and tunnels. Blind gorges that became salvation, but sometimes also a synonym for death, as in the case of Ardeatine pits that were a gruesome scene of a Nazi massacre. The project, therefore, insists on this dual interpretation of this concept of memory.
The artist Iván Navarro (Santiago de Chile, 1972) in his work develops the concept of conversion of the energy through the construction of objects and installations with neon lights and materials of daily use, calling into question the Modernist style with attention to socio-political implication. For Fondazione Volume! he conceived seven walls made of bricks and mortar with a circular, square or triangular shape, each one containing a neon word: ODIO, OCCHIO, ECCO, ECO, EX, BECCO and ECCIDIO.
Each word of light has a real and, at the same time, illusory consistency. Only the lower part of the words is actually written with the bent neon, the other part is reflected in a mirror, so the word can be read only through its mirror image duplication.
Navarro uses language as a tool for awake people’s consciousness, as the last possible liberty. Words are luminous epiphanies multiplied in containers of pain, memory and life.
The title of the exhibition refers to the decree issued by Adolf Hitler in December 1941, with which it was disposed the sentence to death and the disappearance “in the night and the fog” for those who committed actions against the Third Reich in the occupied territories. The caption was inspired for the opera The gold of the Rhine by Richard Wagner where Alberich, worn the magic helmet , turns into acolumn of smoke and disappears singing “Nacht und Nebel, niemand gleich” [ “Night and fog, (there is) no one” ].
Thus, its contracted form, NN, was used to sign the dresses of the political prisoners in the German camp Struthof – Natzweiler. With the same acronym, NN, were called the desaparecidos from Latin America, often recalled in Navarro’s work: for them meant “No Name” and at the same time an even more cruel allusion to Nacht und Nebel.
On the occasion of the opening of the exhibition, will be presented a performance of the actress Patricia Rivadeneira accompanied by a reworking of the mentioned Wagner’s opera created by the Chilean musician Pedro Pulido.