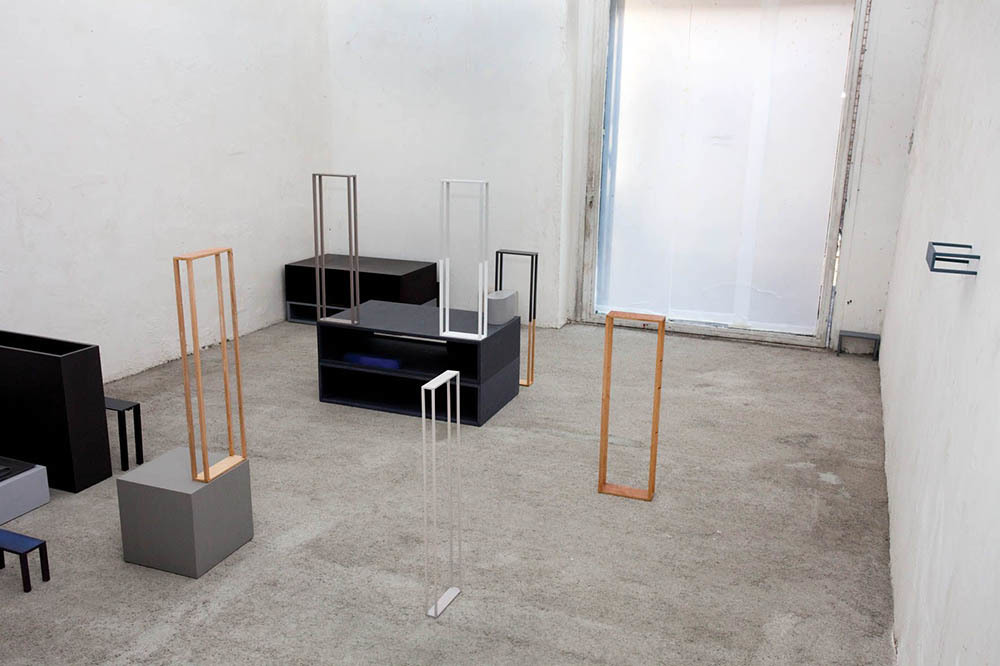 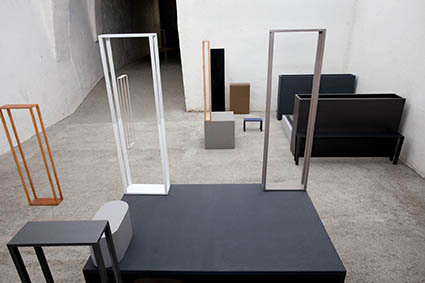 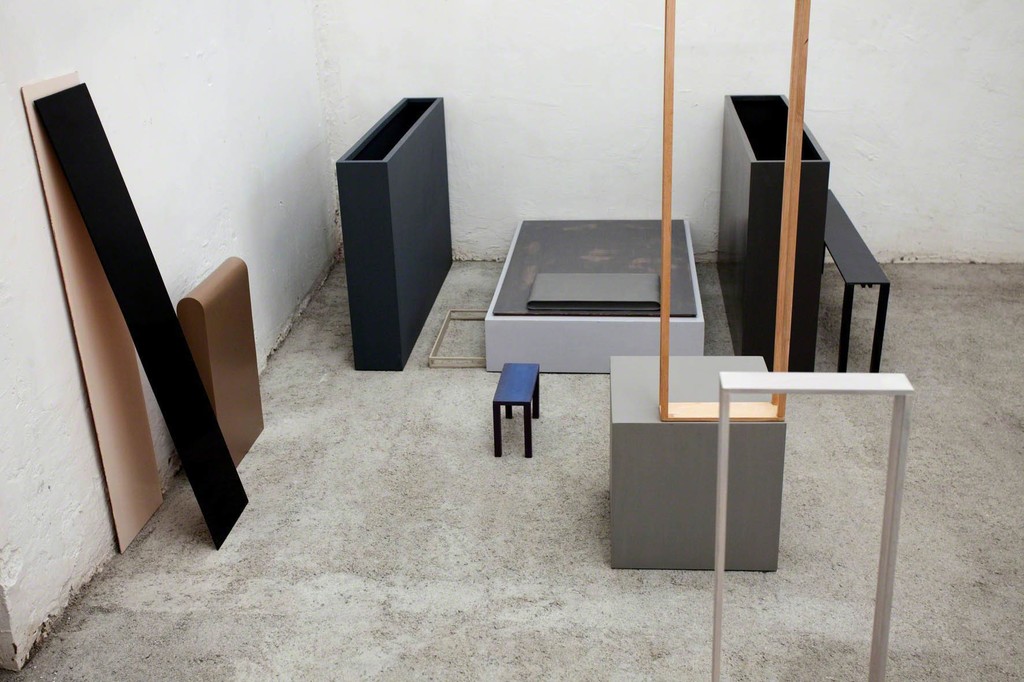 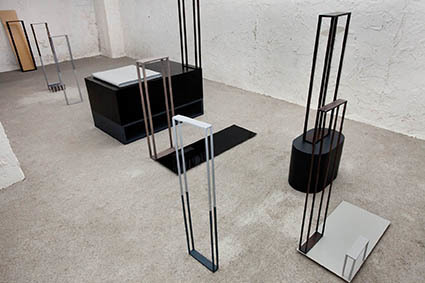 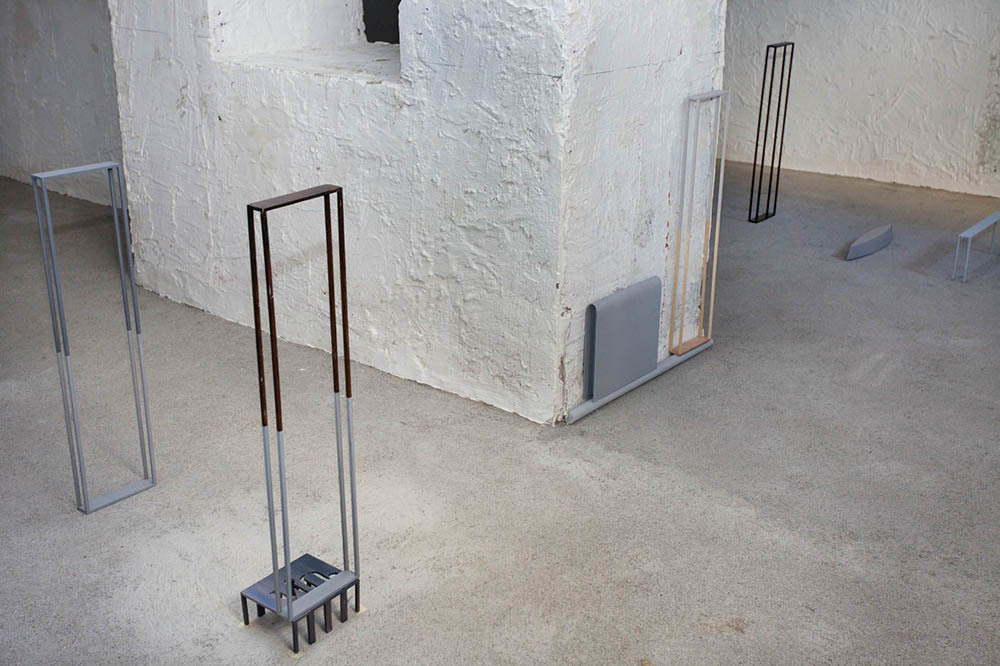 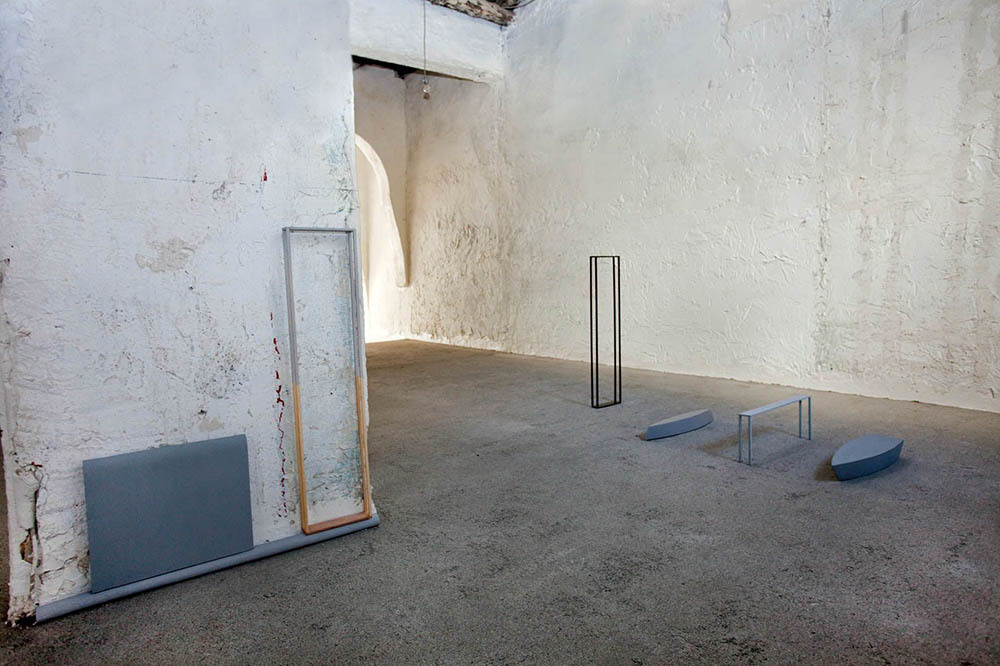 Fondazione Volume! presents the work of Nahum Tevet, Israeli artist whose compositive language plays with the relation between art and architecture and explores new expressive areas free from clear definitions.
The combinations of modular elements build at Volume! a system of different levels of perception.
Assemblies of wooden elements, close to a minimalist linearity but far away from its theoretical and conceptual implications, present themselves to the observer as a familiar image, recalling already experienced objects and strictly joined to the housing dimension of Volume! and to its spaces.
The modules establish a relationship with the structure of the space preserving anyway theirs conceptual, formal and chromatic autonomy. A harmonic and silent path, which destabilizes the observer perception and at the same time relates him to the space. A sort of oxymoron, which upsets the viewer through offering him a new mind dimension.
The exhibition will be accompanied by a catalogue in English and Italian languages, with texts by Claudia Gioia, Ilaria Marotta, Carlo Truppi, Raphael Zagury-Orly.