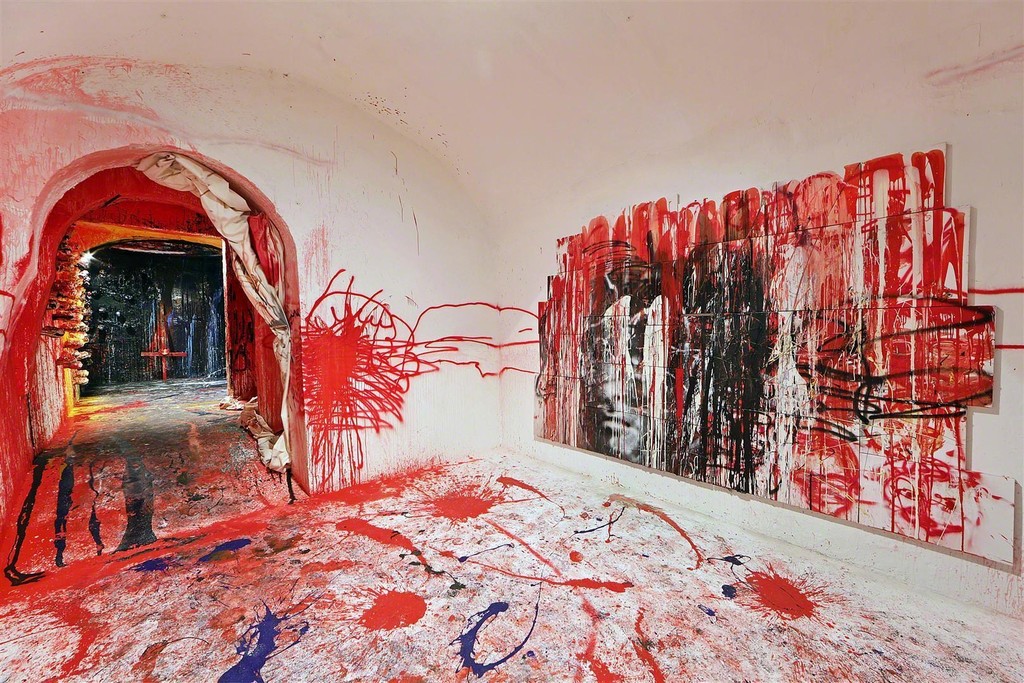 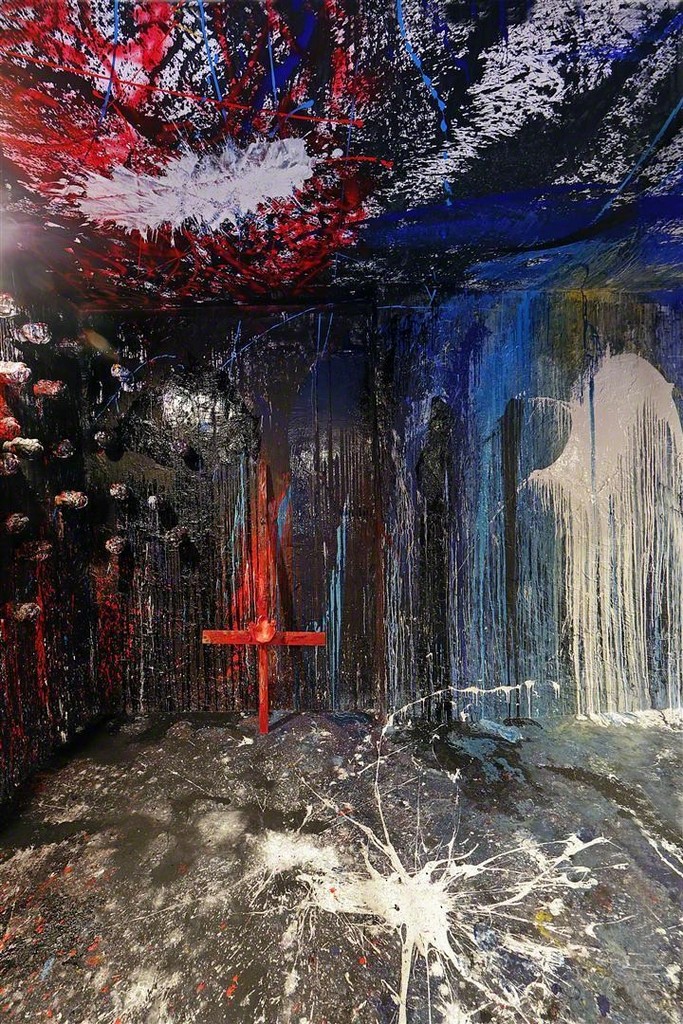 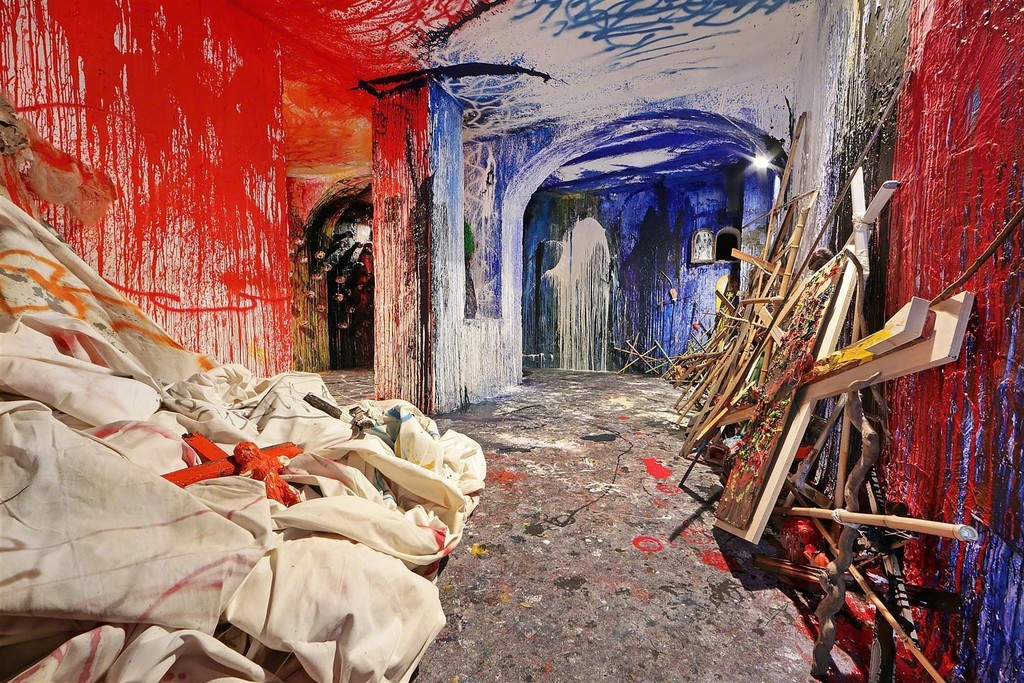 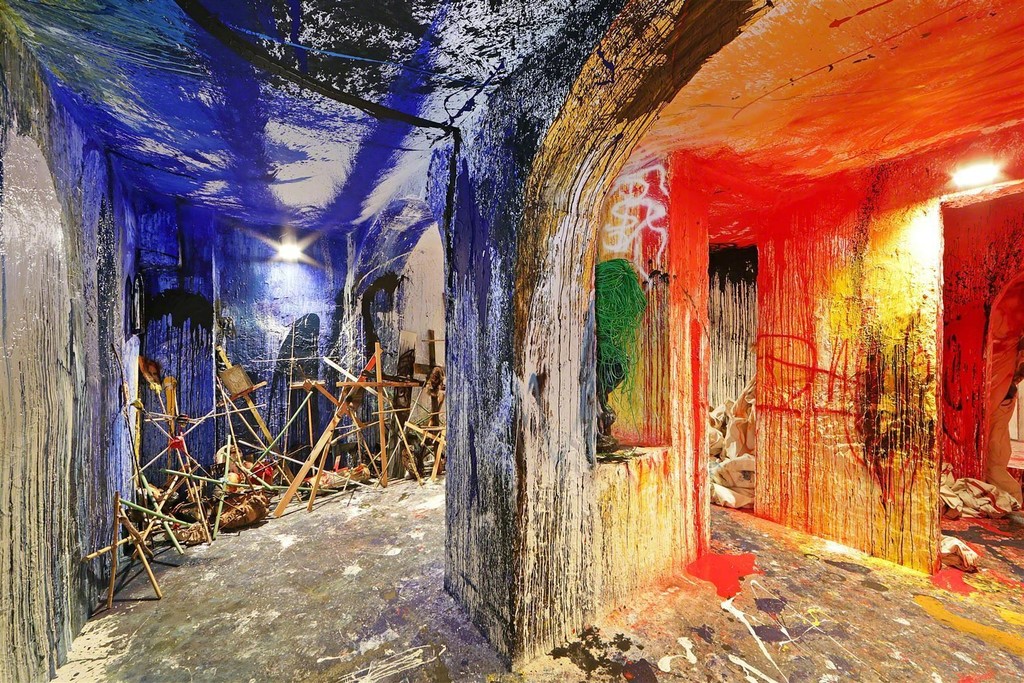 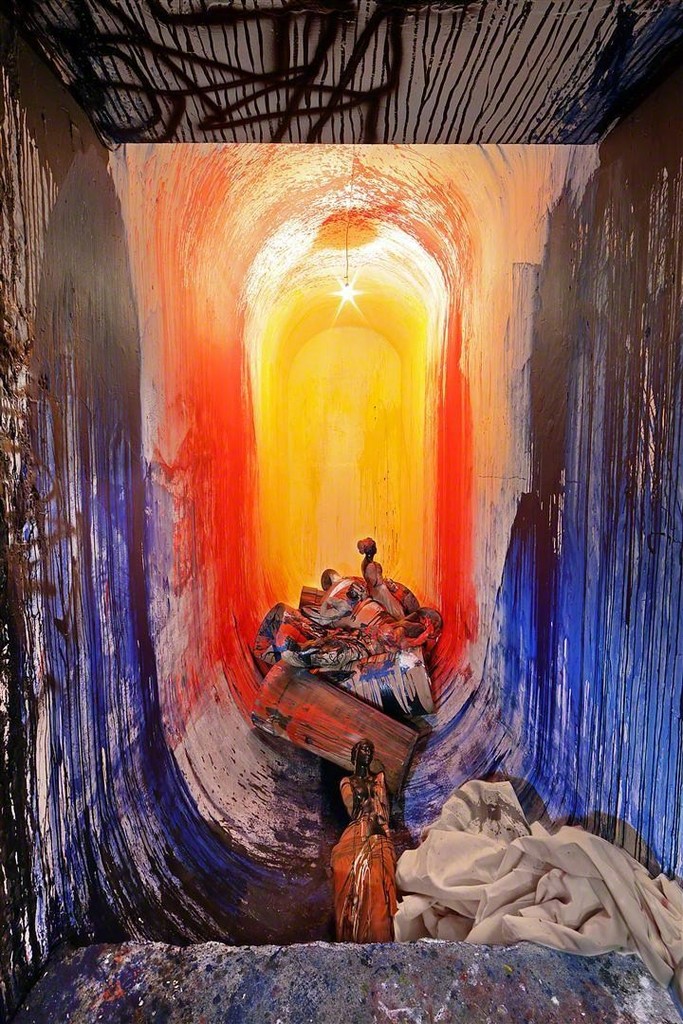 The 21rst of November 2014, Fondazione VOLUME! presents Vuoto, the new work that Thomas Lange has conceived for the space in via San Francesco di Sales 86/88, in cooperation with Davide Sarchioni.
Through all his recent production, and most of all with this work, the German painter aims to a new way to interpret the space changing his pictorial approach into a three-dimensional architectural space.
The concept of emptiness is freely inspired by the ancient Greek cosmologies: it is the original void preexisting the Creation. According to the ancient philosophy, Caos is the shapeless and rough matter, which a Demiurgo - a superior entity - has used to build the orderly world. According to Lange the Void represents the Life’s Chaos, a hidden dimension in which the Artist’s life disorderly piles out through the painting with a great explosion of colours and images.
With this work the artist aims to let the audience actually into the chaotic meanderings of his painting, so spurring a psychological, physical and sensitive interaction.
The idea of a walkable work takes its form out of an overwhelming pictorial action halfway between instinct and clear intention. Never being completely abstract, it involves the walls, the floor, the ceiling and hundreds of sculptural elements scattered in the space actually tracing an ideal path from the Chaos to the order.
So the architecture becomes a picture creating an original cavity; a seemingly shapeless and bewildering “organism” actually representing Lange’s will to connect, in this new phase of his research, the painting with the third dimension through his transfiguring and impetuous action.
Since his first beginnings in the ‘80ies and ‘90ies in Berlin, Lange “has always worked on the painting by layering and adding and continuously sorting out iconic and figurative elements alternately arising and disappearing, according to the unpredictable rhythm of the creative improvisation”, as Sarchioni writes.
His approach shows how much Lange’s art deeply concerns with the meaning of the images and actually with the act of painting relating with time passing and with his own life experience.
The action the artist has conceived for VOLUME! is strictly connected to a series of permanent or temporary site specific interventions he has presented in the exhibitions named GOLGOTA in 2012-13 at Museo Diocesano in Brescia, Museum am Dom in Würzburg, Palazzo Collicola Arti Visive in Spoleto; or to his recent works at Fondazione MUDIMA in Milano, at the Denkmal cafè in Karlstadt and most of all at the Architektenkammer Nordrhein-Westfalen in Düsseldorf with the exhibition named KUN STBAU- an event that has renewed the relationship between his artistic language and architecture.