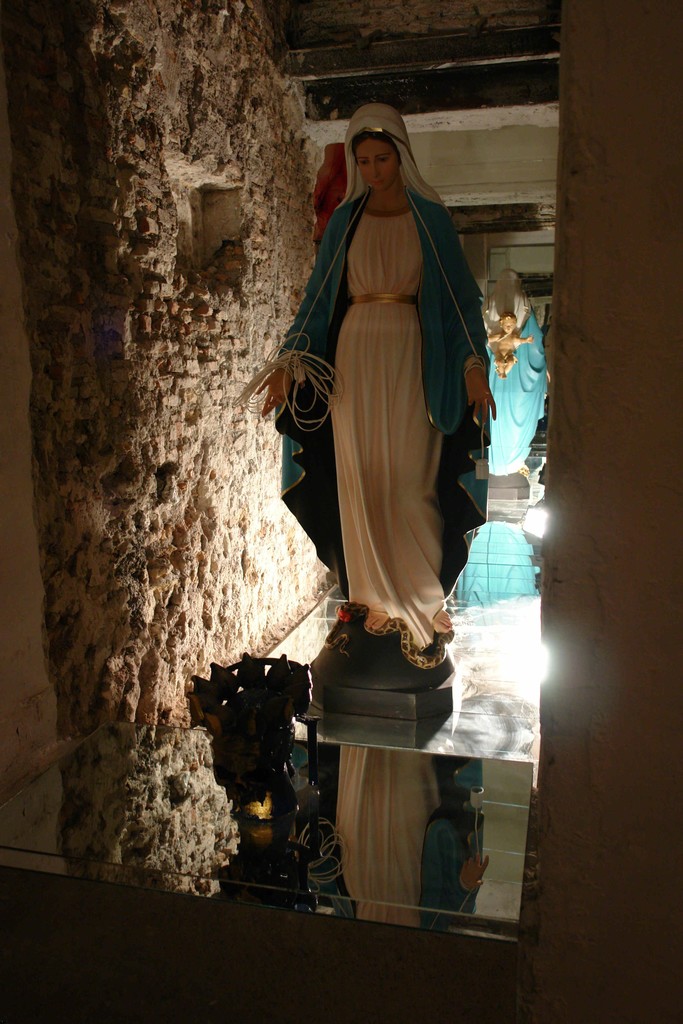 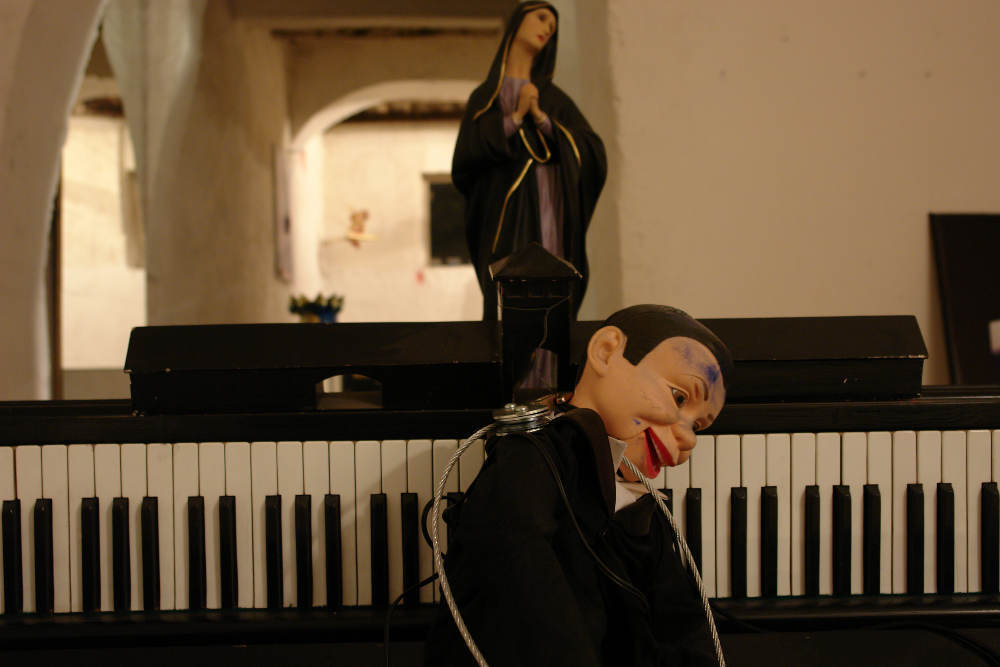 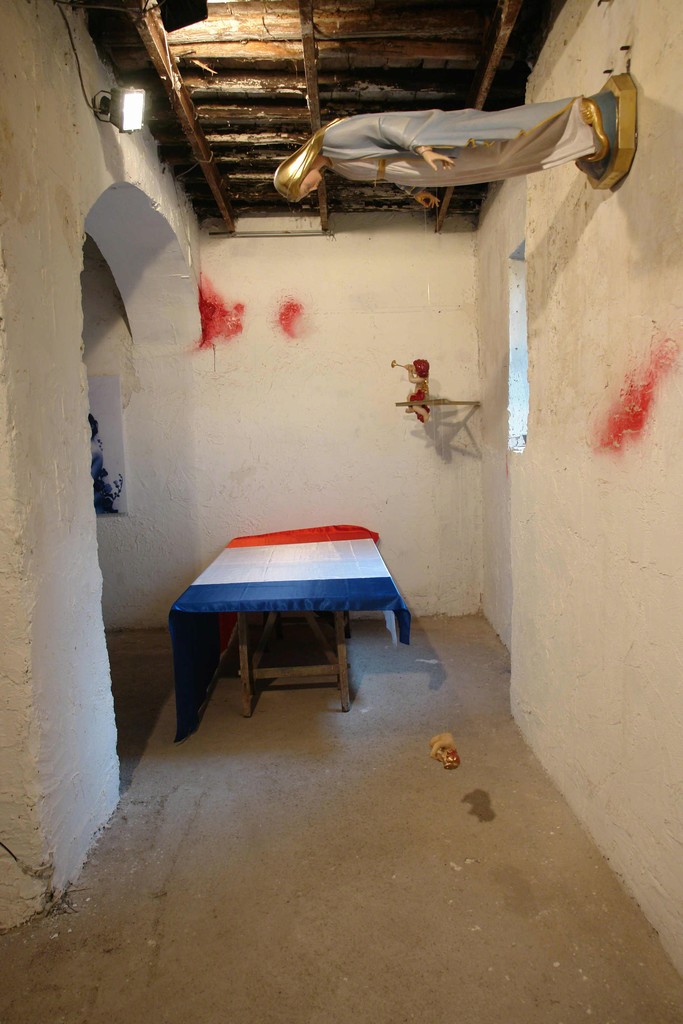 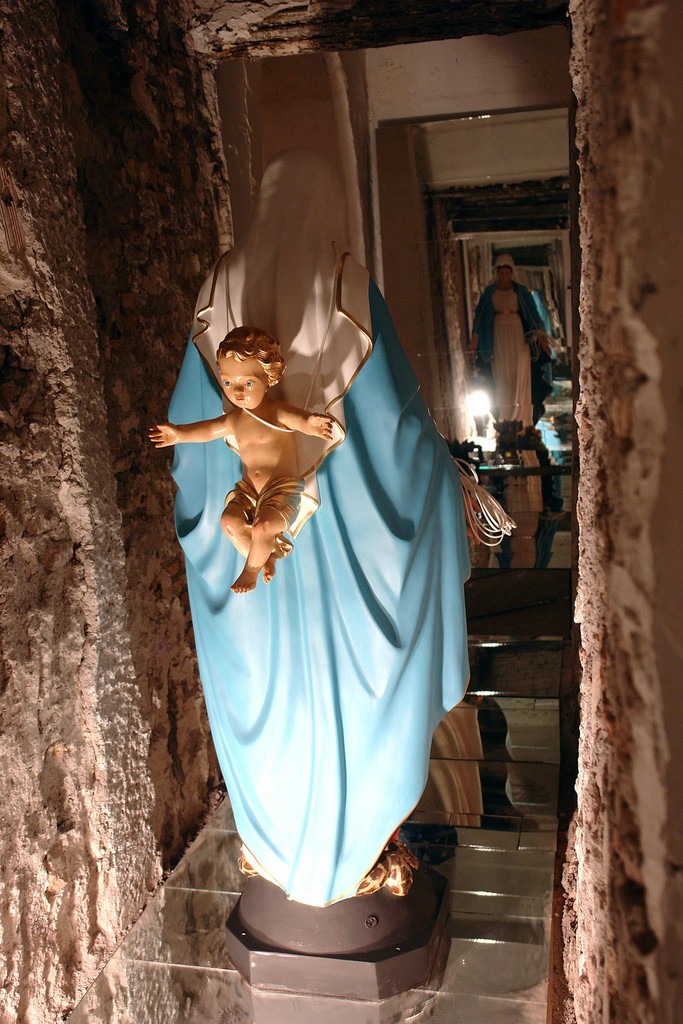 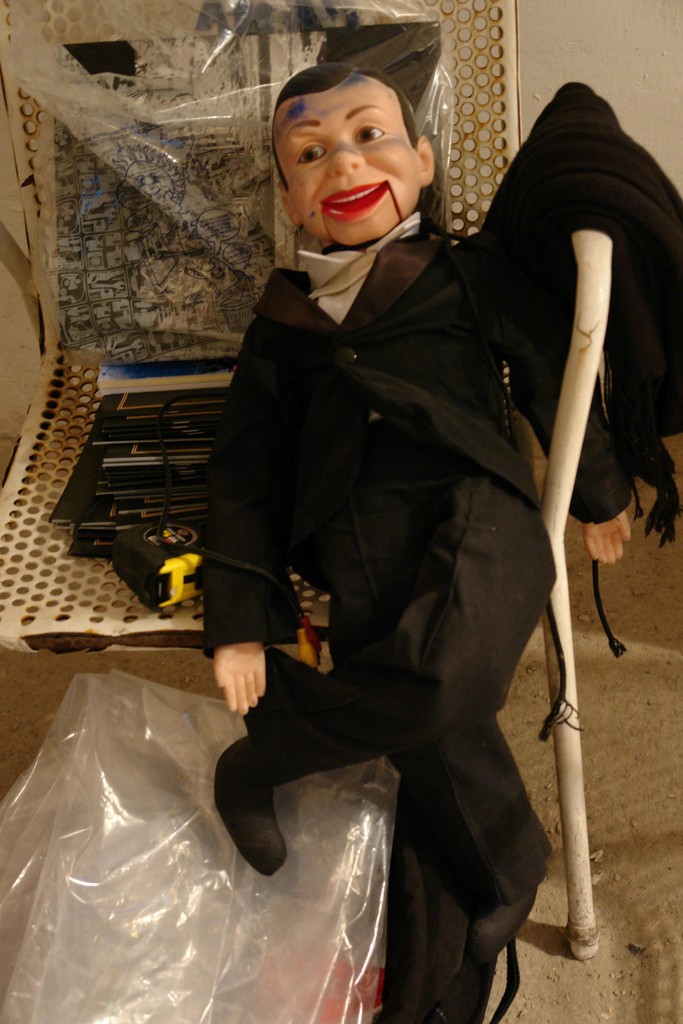 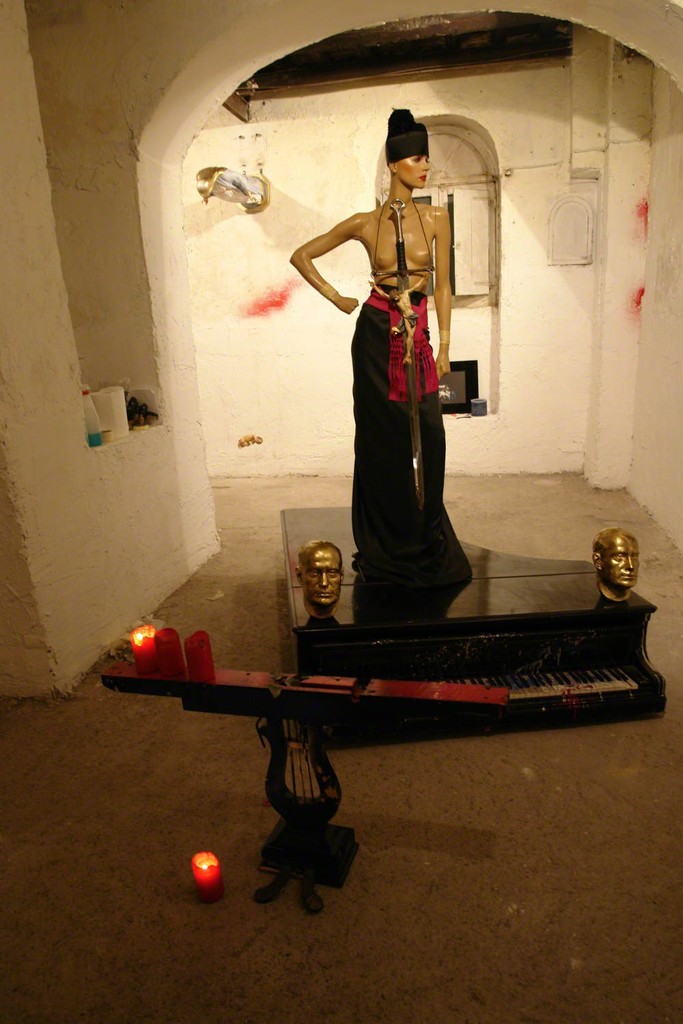 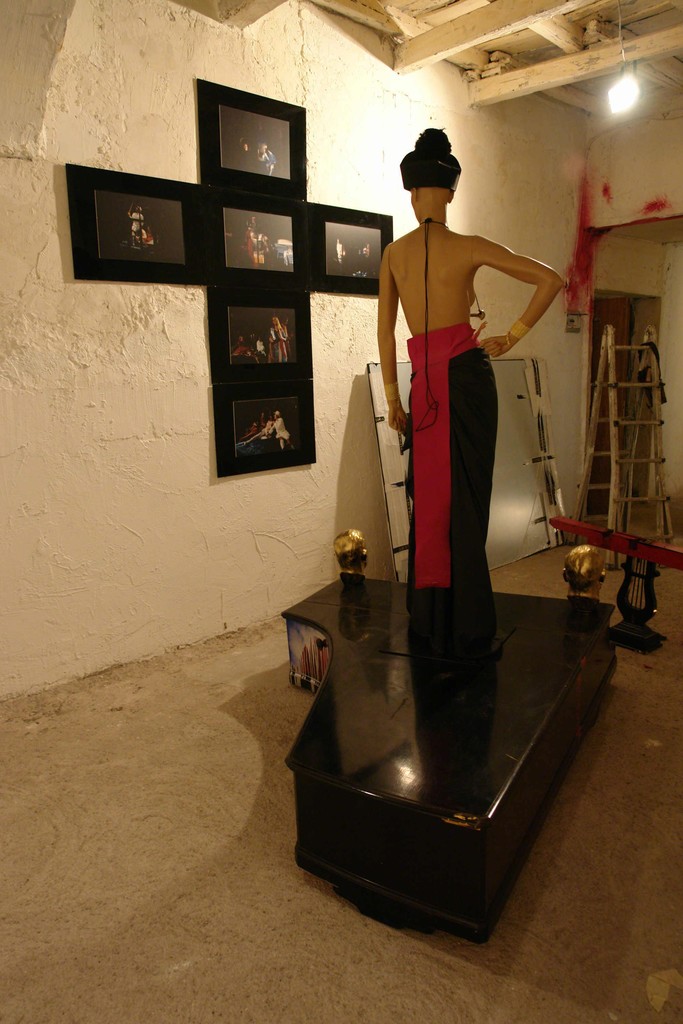 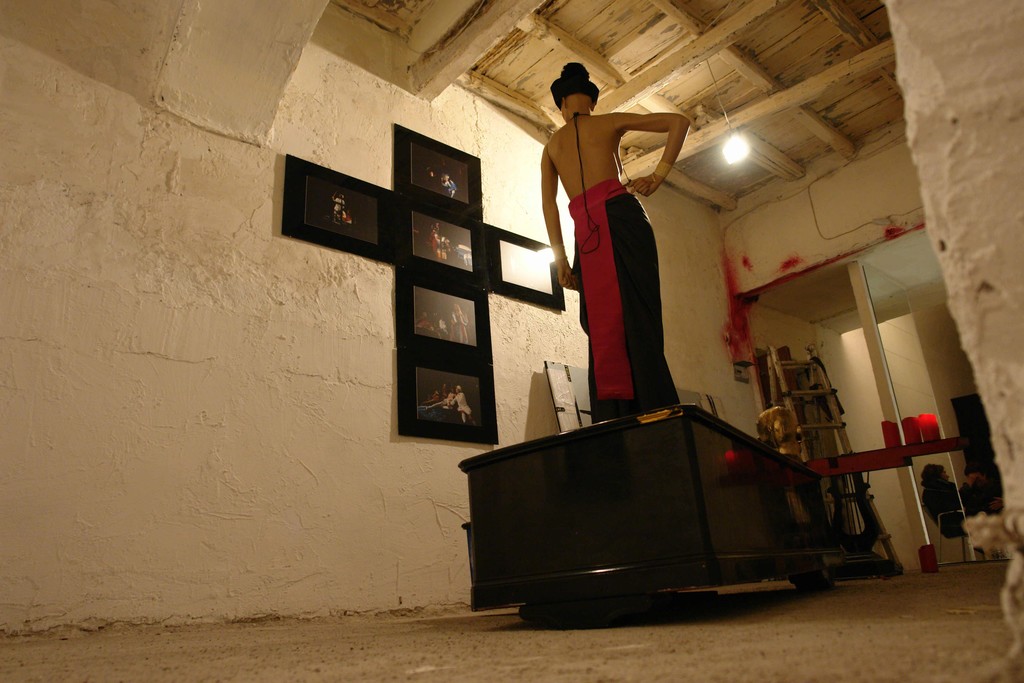 Vettor Pisani through his exposition “Lady Madonna” creates figurative surrealist images at VOLUME!’s place. He displays some heterogeneous concepts inspired by the symbolic languages of the animist, popular and religious traditions. He recreates these elements combining them to develop a reflection about the European culture. With his works, the artist doesn’t invade the space and its structure but he makes light few changes. In this way, he elaborates a suspended and just apparently transformed metaphysical route, in which the images are the clues to solve a secret. The most important part of the exhibition is the performance of the Virgin Mary of the seven swords. The picture is the most popular sacred image that symbolizes melancholy and the double nature of woman and suffering mother between the Heaven and the Hearth. Pisani worships the figure following the traditional ceremony, reflecting on a religious ritual and on the philosophical and artistic meaning of the Virgin. The artist shows a religion that is a moment of collective identification. At the same time, with the union of sacred and profane he connects his work with policy that often controls religion, ruining his primitive value.