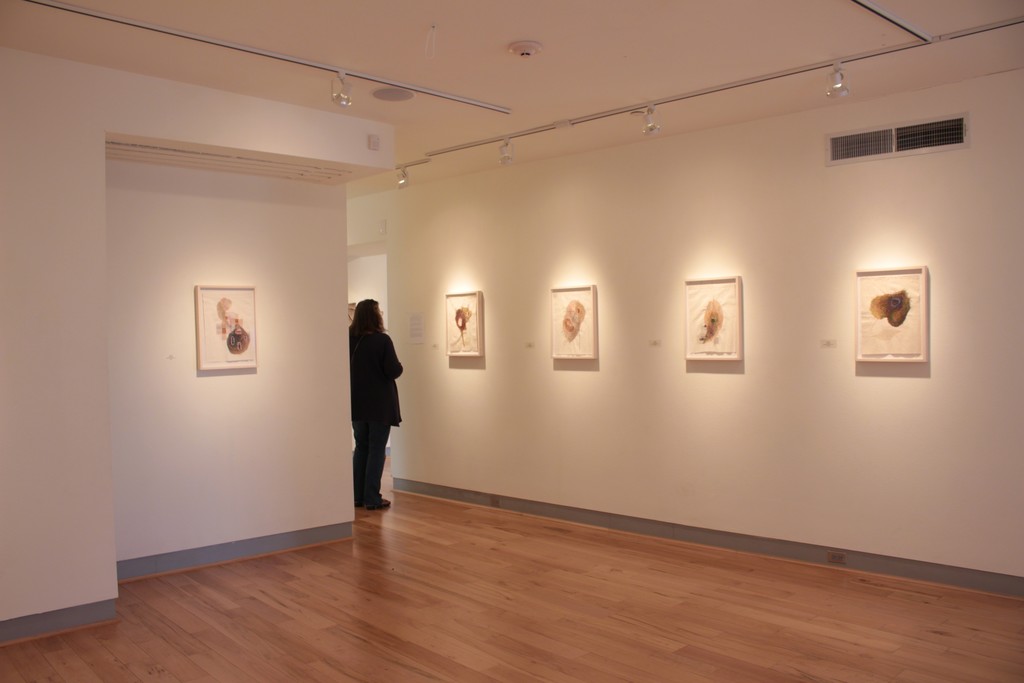 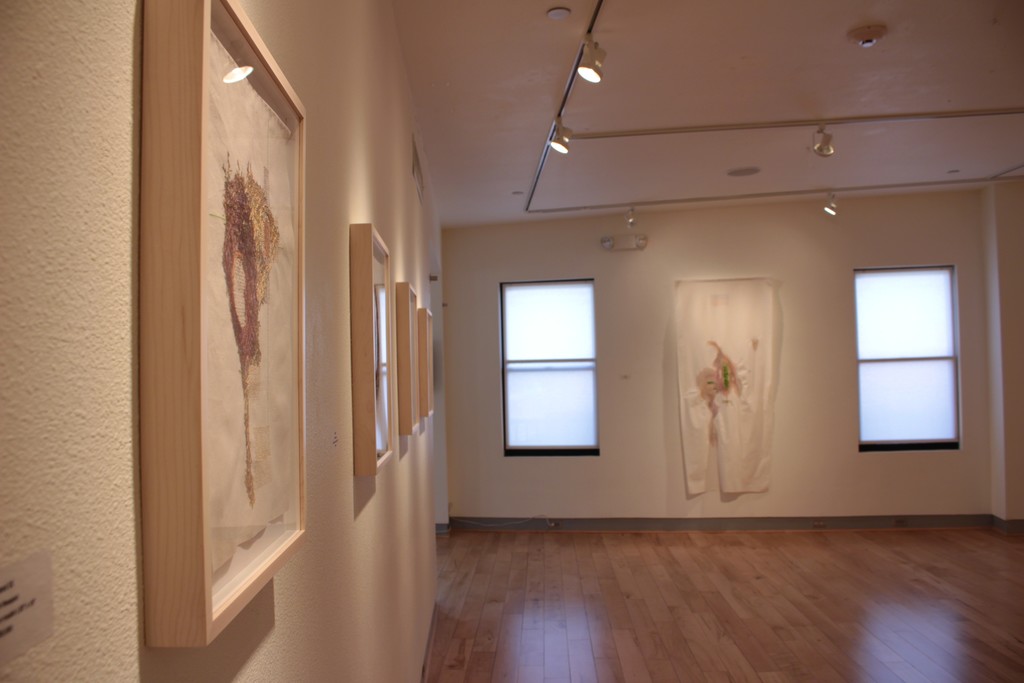 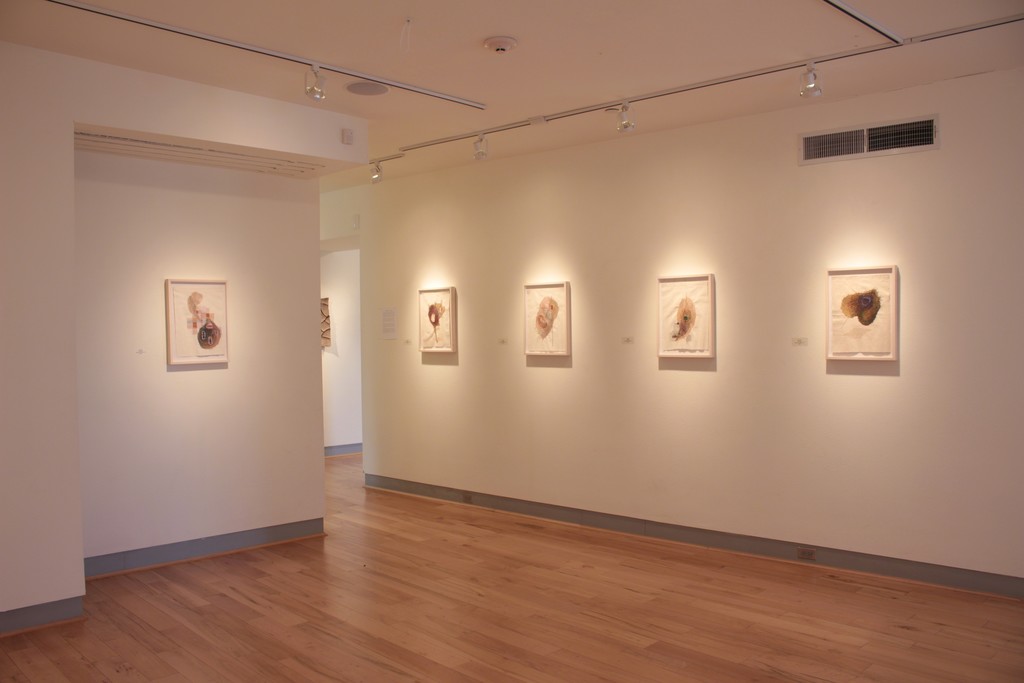 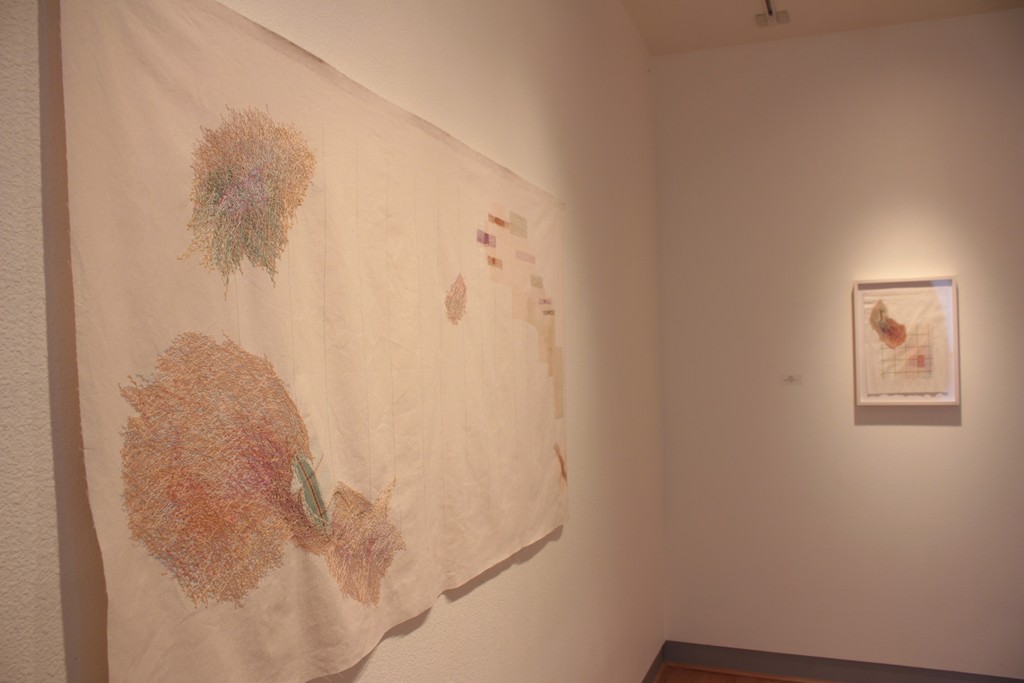 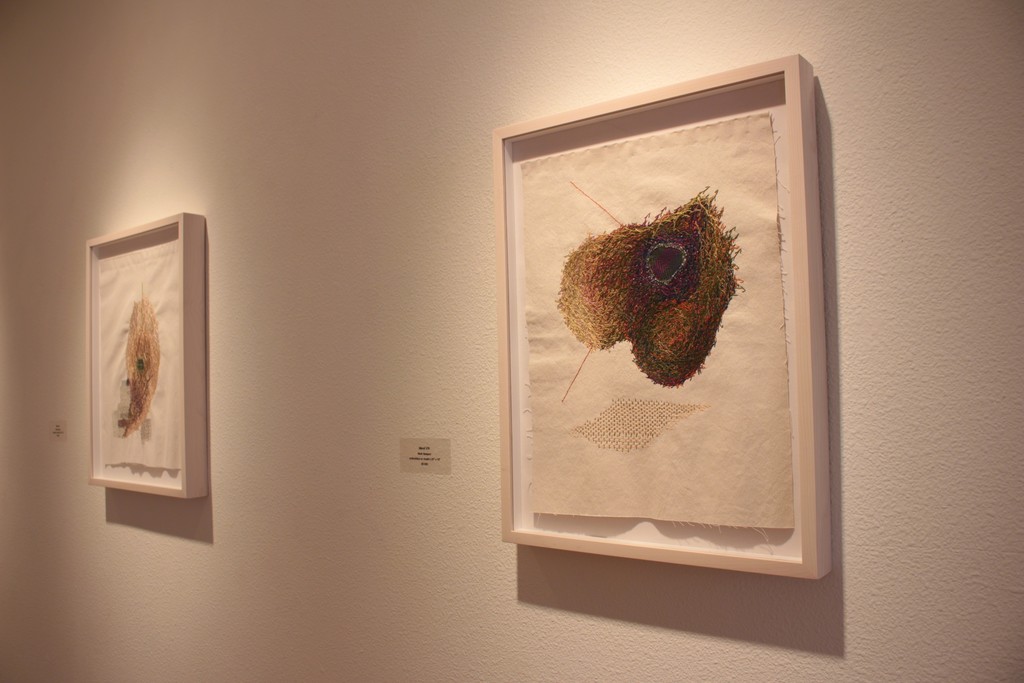 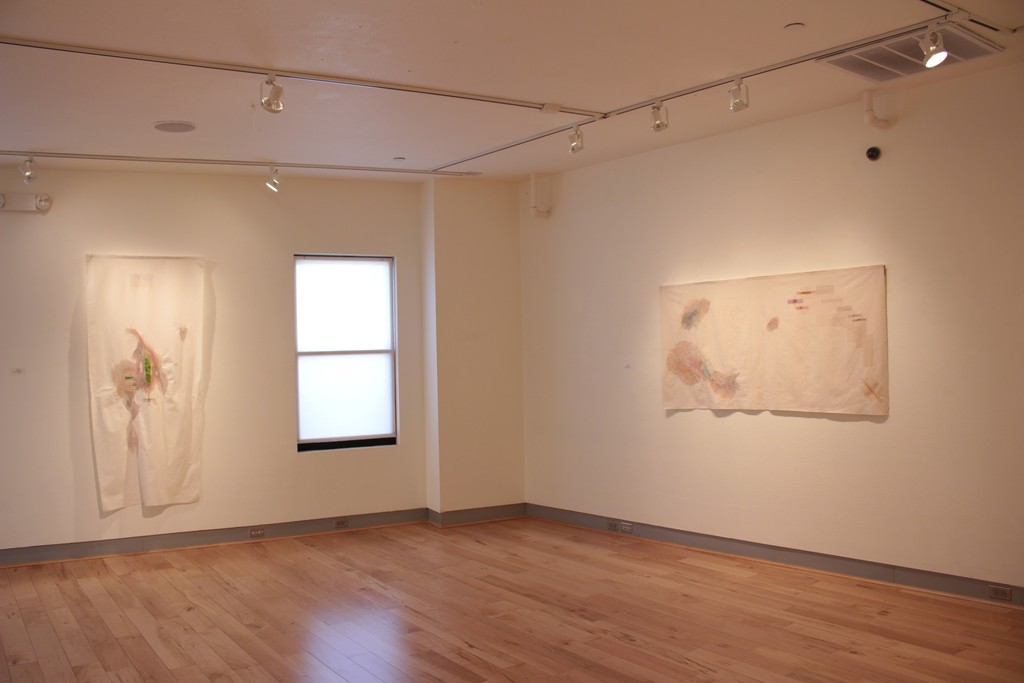 “This series explores the idea of repair and scarring,” says Mark Newport. “I was a very accident prone child. I have some scars.” The artwork in Mending stands in stark contrast to the artist’s first exhibition at form & concept. In the gallery’s ReFashion group show, Newport presented hand-knit superhero suits. “The costumes suggest the body, masculinity, armor,” Newport explains. “This new series is more about vulnerability, so I’m flipping that coin on its head.” Mending features torn muslin cloths with meticulously embroidered patches, a symbol of the scars that life etches on the body and psyche.

As he developed the new body of work, Newport studied traditional textile mending techniques of Europe and America. He had originally learned about mending samplers in college, which were used to teach a trade to young women in centuries past. Newport was mesmerized by the intricate embroidery patterns. “Some of them are extremely complex,” he says. “They were reconstructing something better than it was, but there’s also a ‘lie’ in the textile.”

In pursuing the mending techniques, Newport concluded that a scar can make a piece of cloth— or a stretch of skin—more precious. “If you have a stain on your favorite shirt, or a beloved blanket that gets dirty, maybe it’s even better because it lived through something,” he says. “The same goes for that scar on your knee from falling on your bike, or the one on your belly from your burst appendix.” In Mending, tears and stains are small but significant survival stories.

Newport is an artist and educator living in Bloomfield Hills, Michigan. Newport’s work has been exhibited throughout the U.S., Canada, and Europe, and is included in the collections of the Whitney Museum of American Art; The Renwick Gallery of the Smithsonian American Art Museum; The Detroit Institute of Arts, The Cranbrook Art Museum. He is the Artist-in-Residence and Head of Fiber at the Cranbrook Academy of Art. He earned his BFA at the Kansas City Art Institute in 1986 and his MFA at the School of the Art Institute of Chicago in 1991.