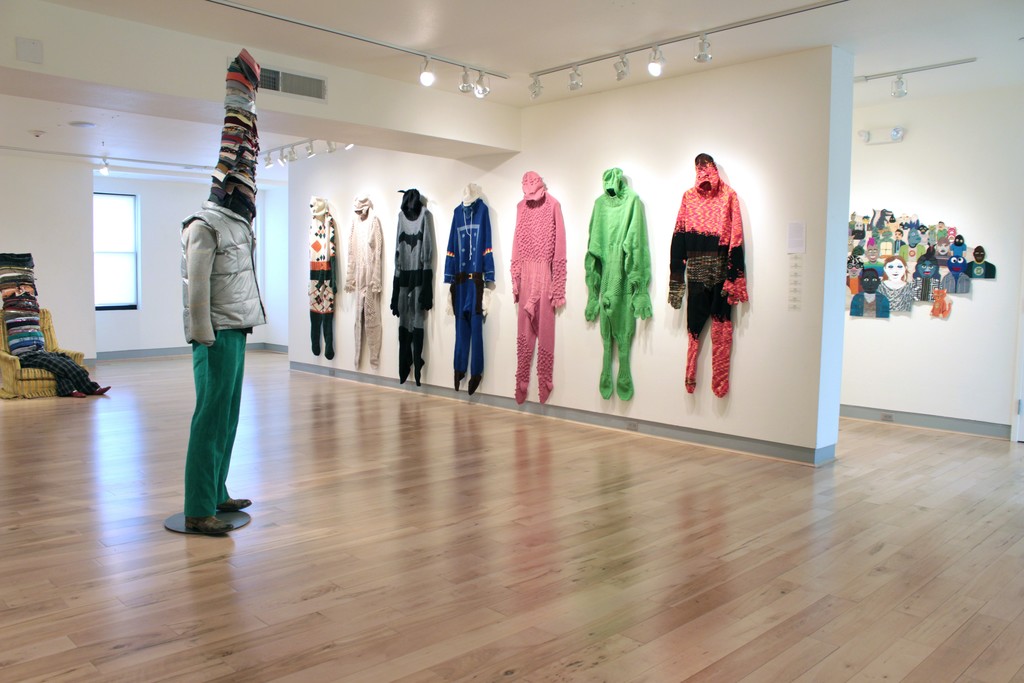 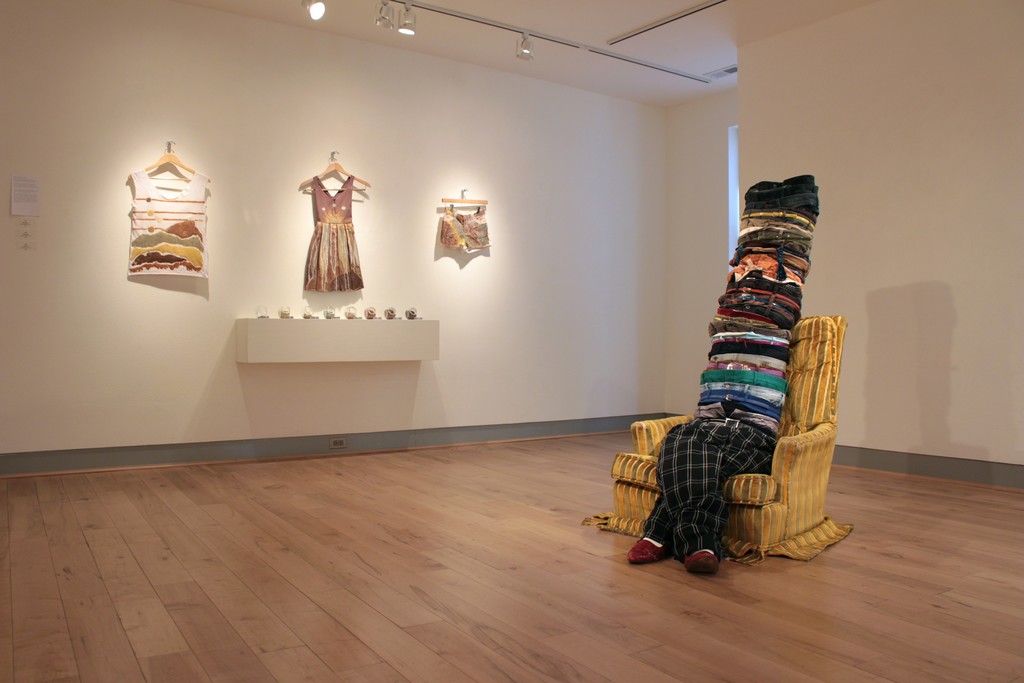 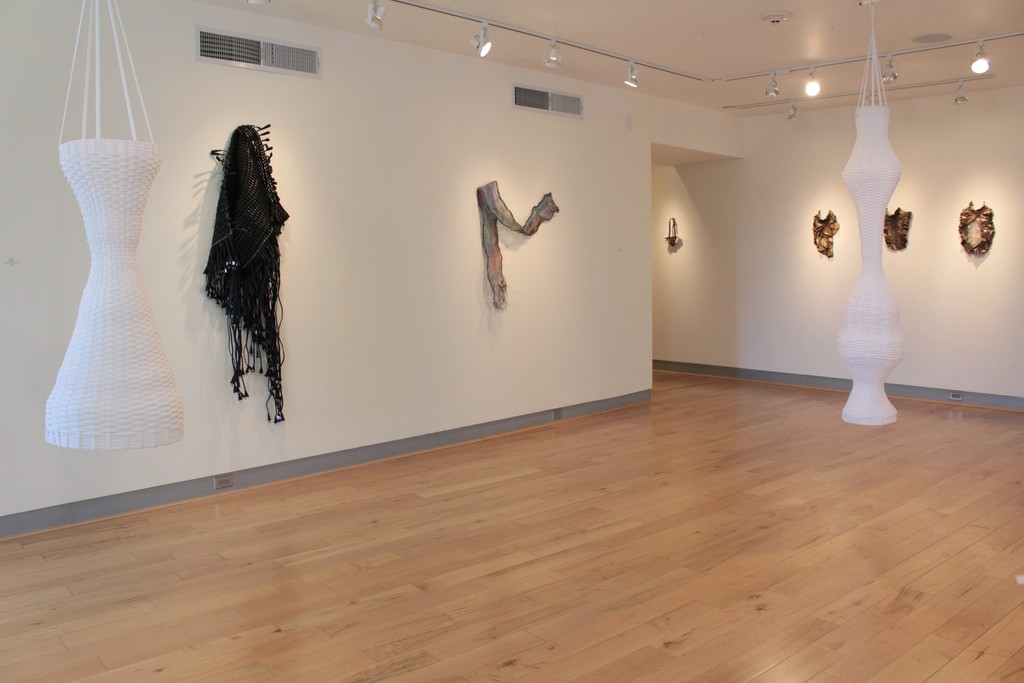 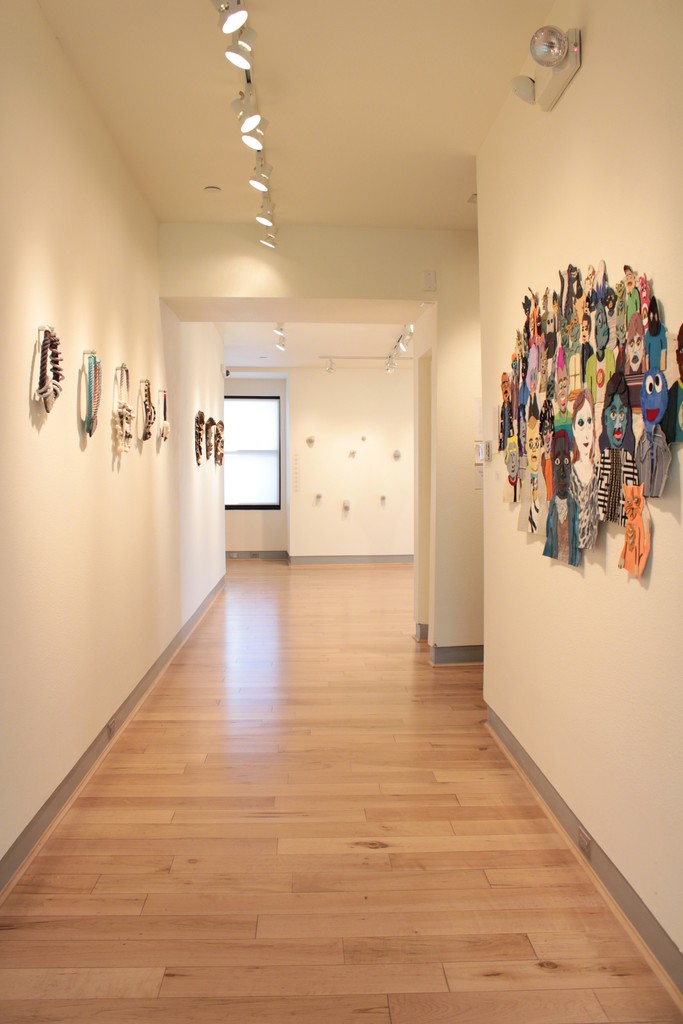 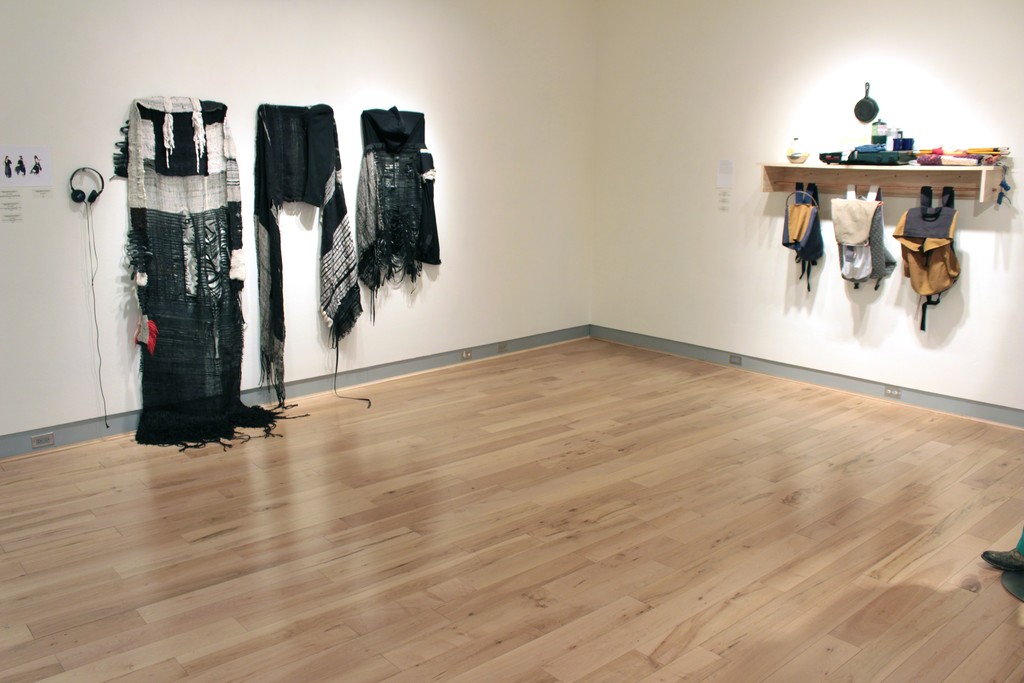 Opening August 19, 2016, form & concept presents ReFashion through October 30. “We’re basically playing with people’s expectations of what fashion or wearability is,” says Director and Curator, Frank Rose. “There’s an implicit exhibitionist quality in wearing any type of clothing and there are some fantastic artists that take this to another level not only through works that are functionally wearable, but using fashion, clothing and wearables as a starting point for conceptual pieces.” Cross programming and promotion is presented in conjunction with the exhibition Re Form: Subversive Fashion at Central Features in Albuquerque, NM.
One of those artists is Mark Newport, Head of Fiber at the craftcentric Cranbrook Academy of Art in Michigan. Newport knits sweatersuits resembling outfits of would be warm superheroes. These characters are childhood memories of the ultimate man – the Dad every boy wants, the man every boy wants to grow up to be. "The proportions of Batman 3 are based on those of a very muscular action figure, scaled up to my six foottall height, resulting in a costume that is too large for me and that drapes and sags even more than the others,” says Newport. Newport's hand knit acrylic recreations of these heroes’ costumes combine their heroic, protective, ultramasculine, yet vulnerable personae with the protective gestures of his mother –hand knit acrylic sweaters meant to keep him safe from New England winters.
Also in the exhibition is Arizona-based artist Angela Ellsworth. Ellsworth, a professor at Arizona State University, was recently featured in Looking Forward, Looking Back at the New Mexico Museum of Art in 2015. Ellsworth’s series, S eer Bonnets, is an ongoing series of sculptural pioneer bonnets covered in thousands of steel, pearl-tipped corsage pins that create subtle patterns on the exteriors and sharp, rugged interiors. Standing in for the estimated thirty-five wives of Joseph Smith, the bonnets become the “tools of translation” which allow these resilient wives to see messages and translate them into visions. This is a nod to the tools Smith used to translate the Book of Mormon. Ellsworth reimagines this community of women with their own visionary and revelatory powers, as they pioneer new personal histories. Ellsworth’s work in the exhibition depicts two bonnets merging together and utilizes the opposing forces of fabric and steel to demonstrate the stark understanding of women who are confined to domesticity under Mormonism.
Artists included in ReFashion are: Megan Burns (NM), Peter Clouse (MI), Annica Cuppetelli (MI), Seth Damm + Debra Baxter (LA + NM), Angela Ellsworth (AZ), Owen Gordon (CO), Jennifer Henry (NV), Jeanne Medina (VA), Mark Newport (MI), Kacie Smith (NM), and Jason Villegas (NY).