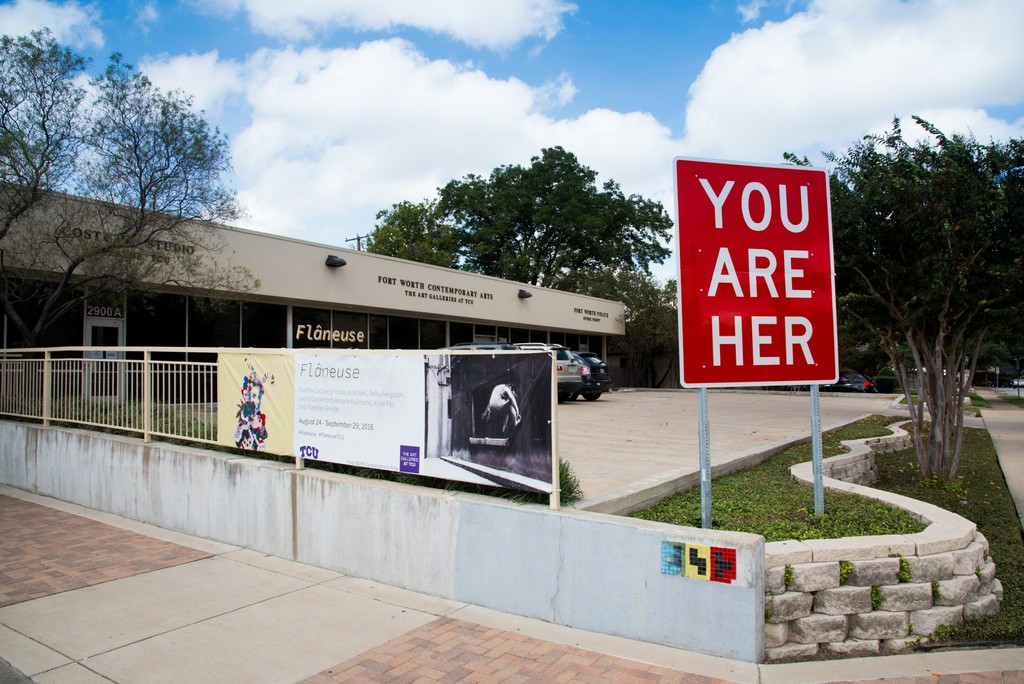 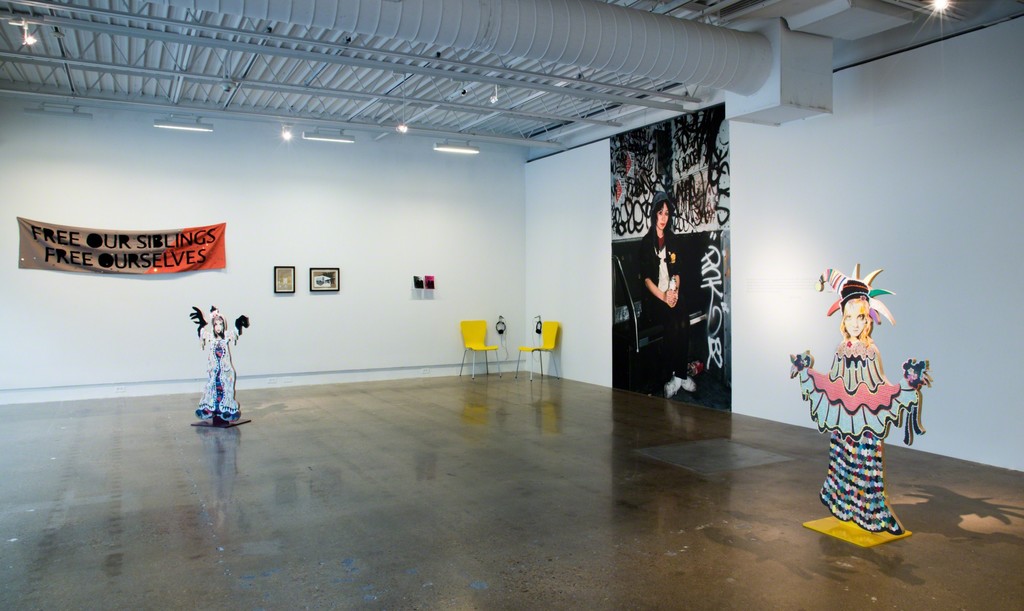 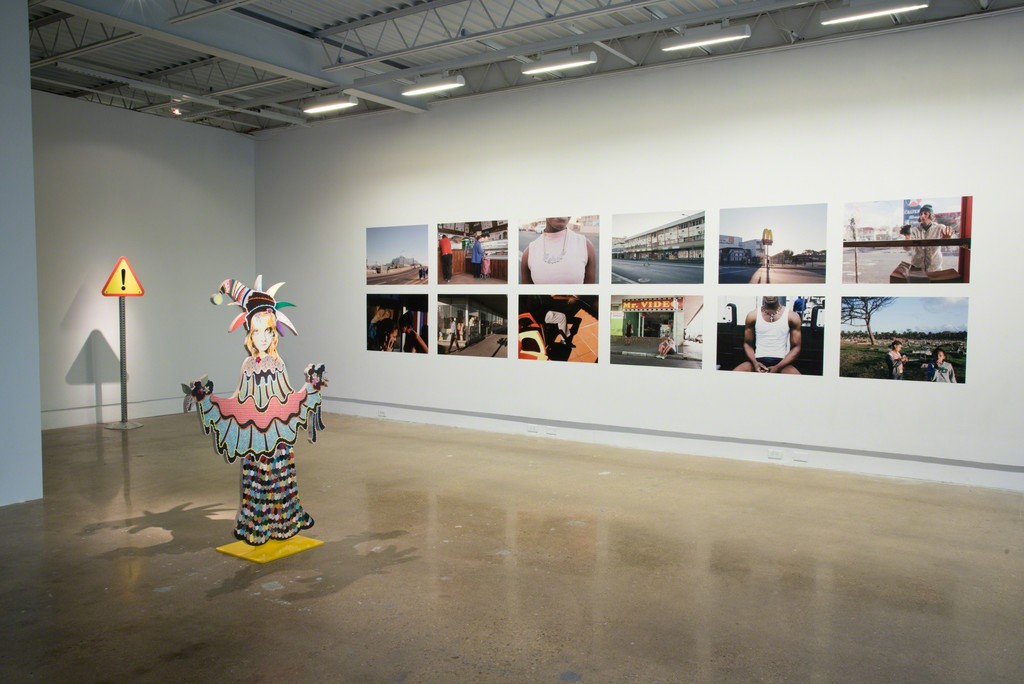 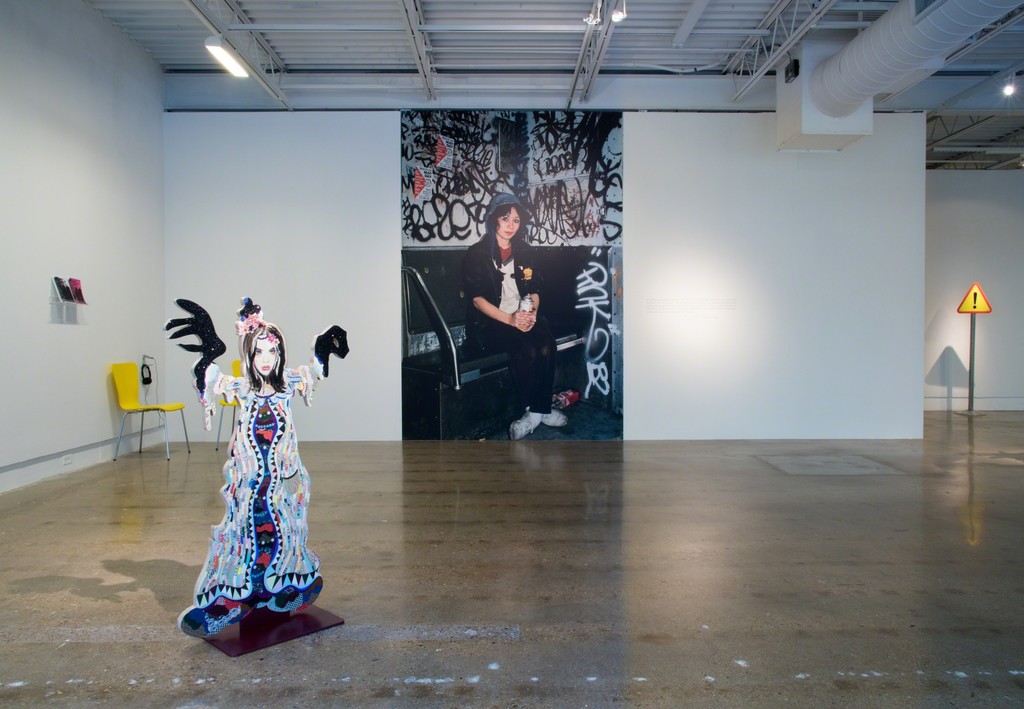 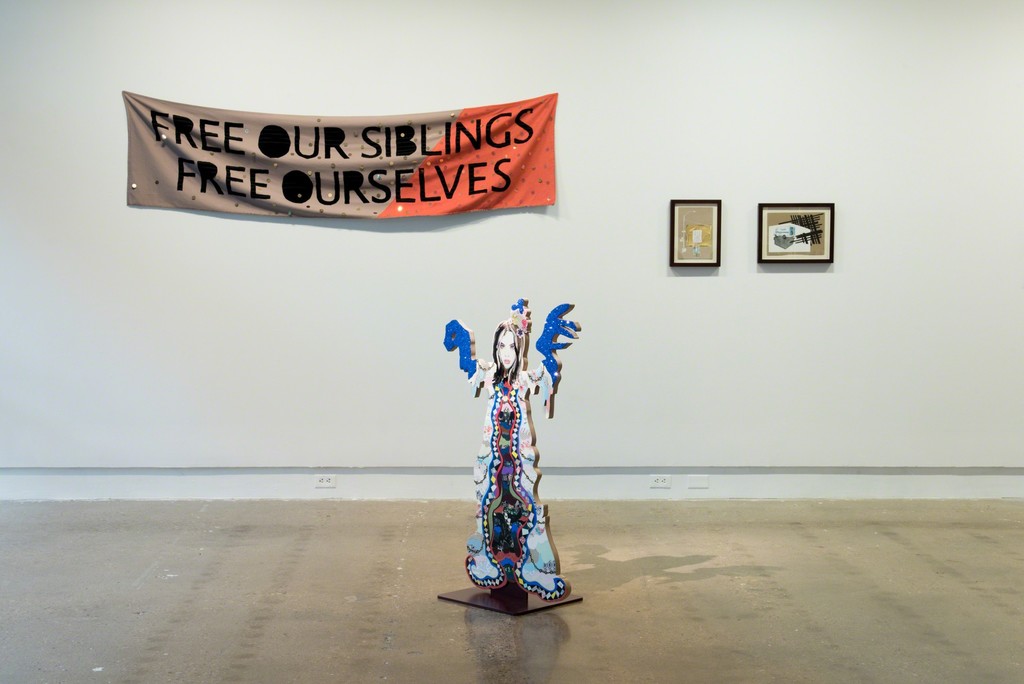 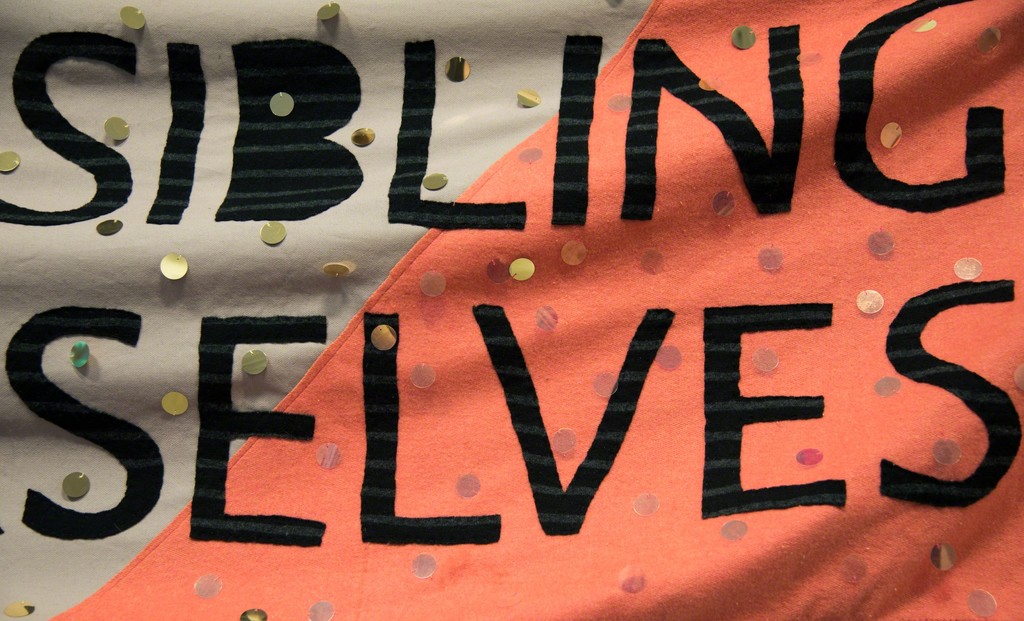 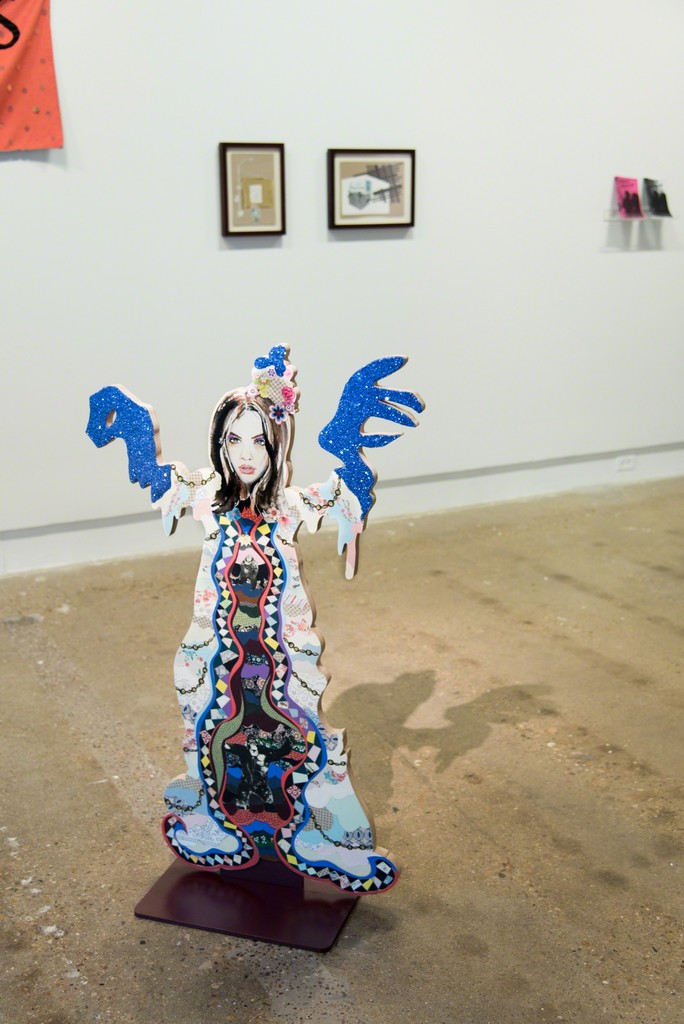 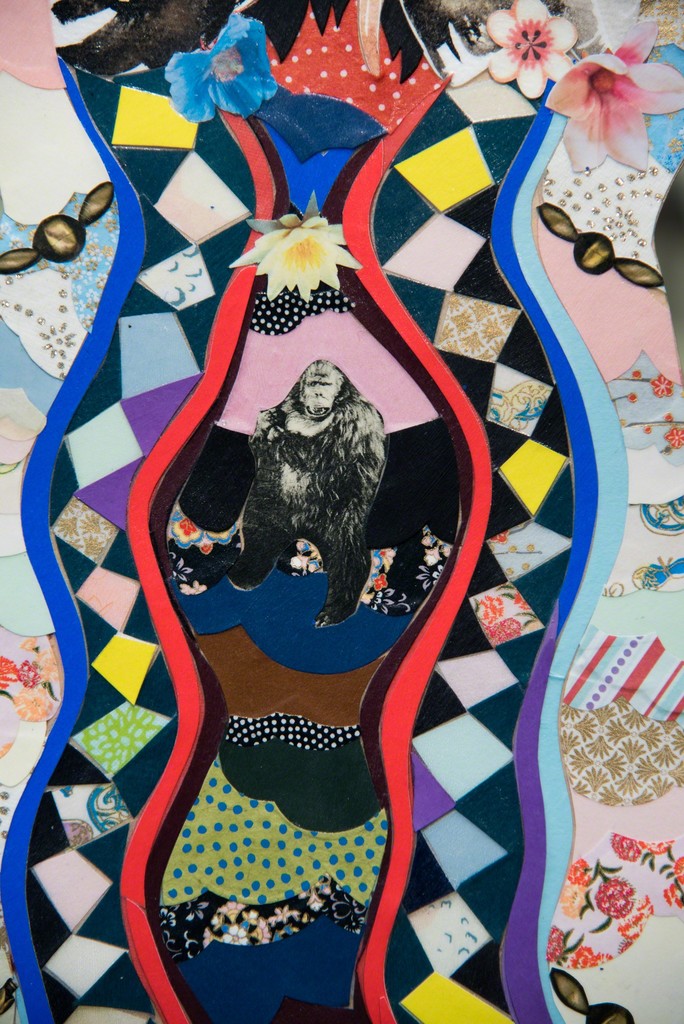 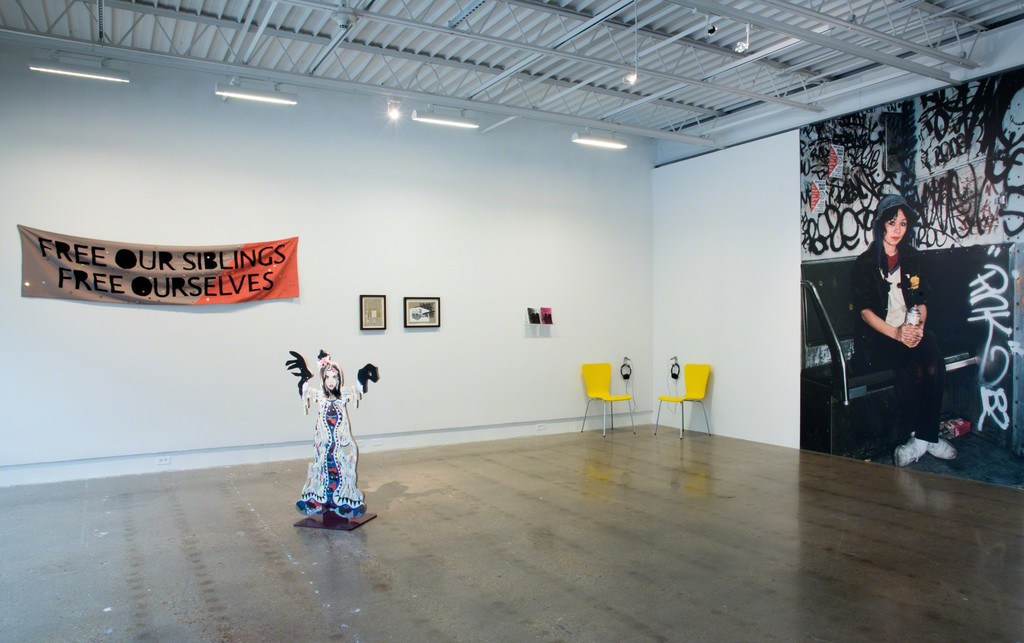 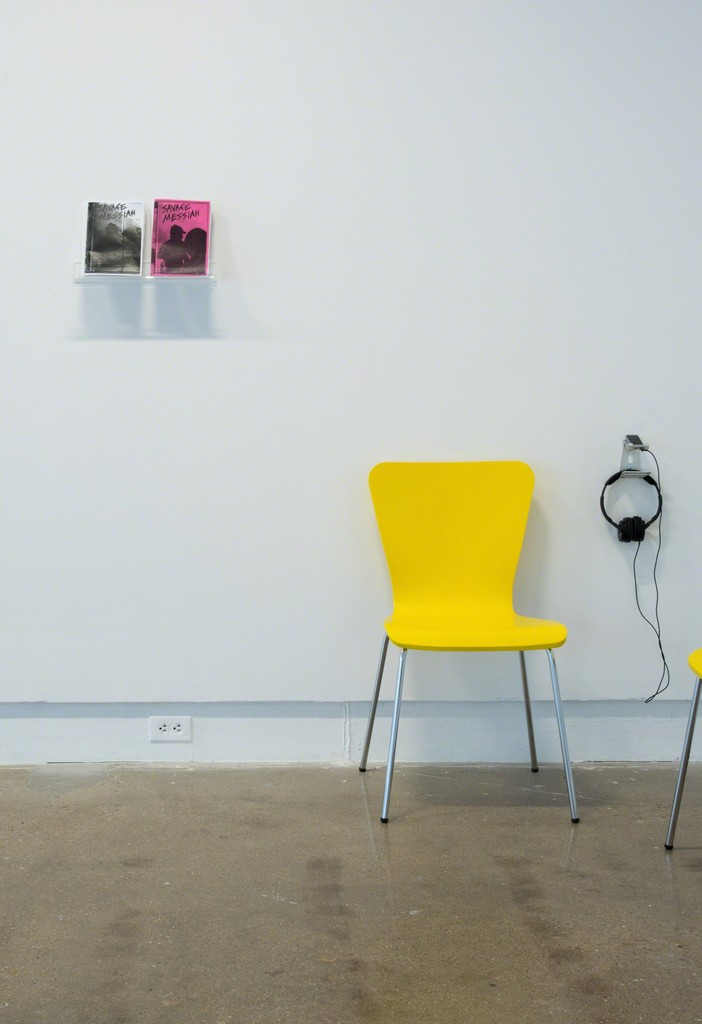 Flâneuse is a group exhibition featuring eight international artists whose work draws attention to the role of gender in contemporary urban experience. Through a variety of media the artists explore a diverse array of concerns about street life. The overlapping themes they address include history, memory, social justice, personal safety, public protest, physical movement, and commodity culture. Taking the traditional idea of the “flâneur” as a point of departure, the exhibition highlights key themes from ongoing scholarly debate about the appropriateness or indeed the existence of the female equivalent, the “flâneuse.”

The nineteenth-century art critic Charles Baudelaire coined the term “flâneur” in his essay “The Painter of Modern Life.” A man with means and time enough to wander through city streets, without aim and without calling attention to himself, the flâneur was an urban explorer. Regarded as an aesthete and a literary figure, he was celebrated as a significant observer of contemporary life. Flânerie or idle strolling was made possible by male privilege and until recently scholars have mostly dismissed the idea of a flâneuse in the context of the nineteenth-century when it was indeed difficult for women to be in public spaces without a chaperone. If women were on the street alone they were likely considered poor or prostitutes.

But does the idea of the “flâneuse” make sense in the 21st century? The artists in this exhibition document street life and use their experiences and research for creative purposes that reflect their observations. The modern flâneuse is found in the psychogeographer who considers walking or urban drifting as a way to explore built environments and suggest a sense of place. Day-dreaming or what Virginia Woolf called “street haunting” is part of their artistic practice, for unlike the traditional idle flâneur, all of them are professional, working women.

The act of flânerie has evolved and for these artists it is something more dynamic, active and liberating, reflective of the agency women now have in public spaces. Instead of the aimless flâneur, the flâneuse is someone to be reckoned with. That said, the wandering path of the “flâneuse” is still a problematic and sometimes dangerous endeavor. Urban strolling means accepting and sometimes transgressing accepted codes of city space. The freedom of the contemporary flâneuse to window-shop, loiter or soak up street life is complicated by concerns for personal safety, from uncomfortable incidents of anti-social behavior and sexual harassment, to violent acts of rape and assault. The collective voice found in Flâneuse openly acknowledges such issues and attempts to ask questions about how to make a safer, more equitable future for women.

Since the early 1980s, starting out as a staff photographer at the New York Post, Martha Cooper has photographed the graffiti scene in the US and around the world. Her 1984 book, Subway Art (written with Henry Chalfant) has become recognized as the “bible for graffiti artists.” For decades Cooper has documented the work of female graffiti artists, such as Lady Pink (nicknamed the ‘first lady of graffiti’ renown for painting New York City subway trains in the 1980s), whose work was often overlooked in what was a predominantly male practice. Cooper remains an avid critic and advocate for graffiti work and art in the public realm, and even now, in her 70s, is still documenting ephemeral visual street culture around the world.

Alicia Eggert is Sculpture Program Coordinator and Assistant Professor of Sculpture at the University of North Texas, Denton. She works primarily in sculpture and interactive media, many times using signage as a means of political and poetic comment. In the context of Flâneuse at Fort Worth Contemporary Arts, Eggert was commissioned to make a temporary, site-specific installation, responding to the TCU Campus. As such, by installing “YOU ARE HER” signs, at the Gallery and the School of Art, Eggert seeks to provoke conversations about gender identity, empathy and consent. Her use of red, black and yellow exclamation signs, worn by groups of participants in pop-up, live performances across campus for the duration of the exhibition, draws attention to the nationwide occurrence of rape and sexual assault against women on college campuses. (Dates, times and locations of performances tbc. Please see gallery website and social media for more details.)

South African photographer Retha Ferguson explores contemporary life at the intersection of place, identity and history. Her series “Voortrekker Road” reflects the transitional experience of society along a key thoroughfare leading into Cape Town. Regarded as an important location of Afrikaner Nationalism in the mid-20th century, and, more prosaically, a shopping hub for white South Africans, today the road is the site of a diverse economy and a home for foreign nationals from all over Africa and the Middle East. Shot over a period of years, Ferguson’s street photographs capture the complexity of the community and highlights her role as an observer of social change.

For Belgian dancer and choreographer Roxane Huilmand, the street and the notion of flanerie are brought together in a dynamic interaction between body and building. In the video “Muurwerk” (1986, directed by Wolfgang Kolb) - - which translates as “Wall Work” - - Huilmand playfully explores a back alley in Brussels. At times we see her roll in the gutter, or throw herself against the pavement and walls; the vocabulary of her movements are defiant and captivating. Huilmand is not overwhelmed by the urban environment but rather she confidently uses her body to explore, engage with and be empowered by the city.

Nigeria’s largest city, Lagos is believed to be one of the most dangerous cities in Africa, and it is a bustling, economic focal point of activity that attracts thousands of business people a year. Walking is generally regarded as ill-advised and unsafe. Bullet proof cars with tinted windows are a very common means of travelling through the city, for locals and visitors alike. For Spanish photographer Cristina de Middel this presented a problem when trying to capture the everyday experience of the street, as she explains:
Walking the streets of Lagos might require some preparation and portraying the city’s activity in an honest and non-manipulative way is a challenge starting from the base that the presence of a camera alters the scene inevitably.
De Middel’s solution was to photograph from inside a car, utilizing the tinted windows themselves as a device to focus and frame her wanderings and exploration of the streets.

Alicia Paz’s art reveals a vibrant interest in an eclectic mixture of genres ranging from Rococo painting and Pop Art, to Mexican surrealism. Her style is reflective of her life experiences of different cultures and spaces; she was born in Mexico, is now based in London, and has lived for long periods of time in France. Primarily a painter, her recent work has focused on the female figure, often inhabiting exotic or fantastical landscapes. In “Flâneueses,” a new series of semi-sculptural works (and the inspiration for this exhibition), Paz brings her painterly women to life as collage silhouettes in a three-dimensional world. Playful and coquettish, these colorful protagonists perform simultaneously as observers, guides and provocateurs.

Brooklyn-based Tuesday Smillie uses watercolor, collage, and textiles as material means to explore transgender-feminist politics, often juxtaposing historic and contemporary experiences. Street protest plays a significant role in her investigations of the imprint of the past in the present. In the series “FREE OUR SIBLINGS///FREE OURSELVES,” Smillie weaves together two distinct moments in time that focus on the movement for trans-justice: the Christopher Street Liberation Day protests in New York in the early the 1970s, and 21st-century protests. Here a contemporary flâneuse is witness to the collective nature of trans-activism and resistance.

LIVE PROGRAMME: (all events are free and open to the public)