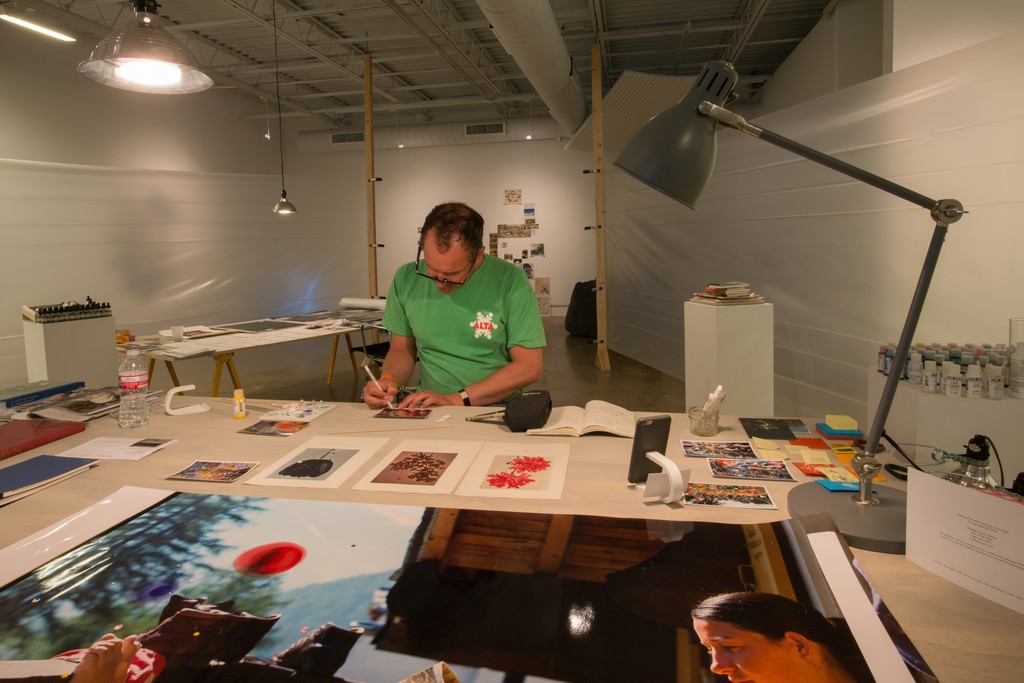 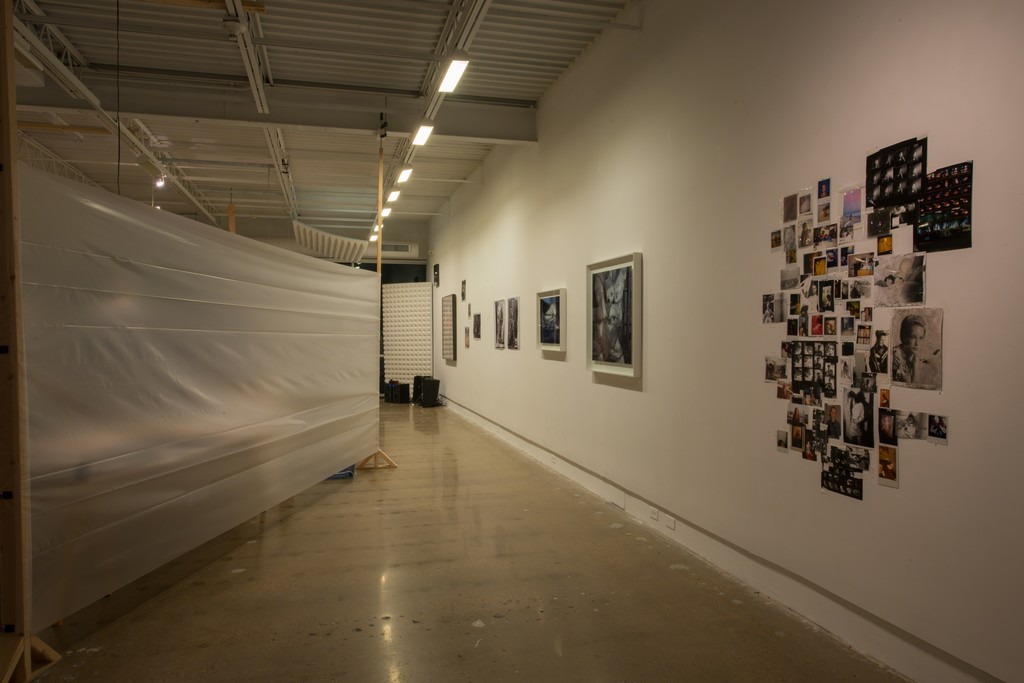 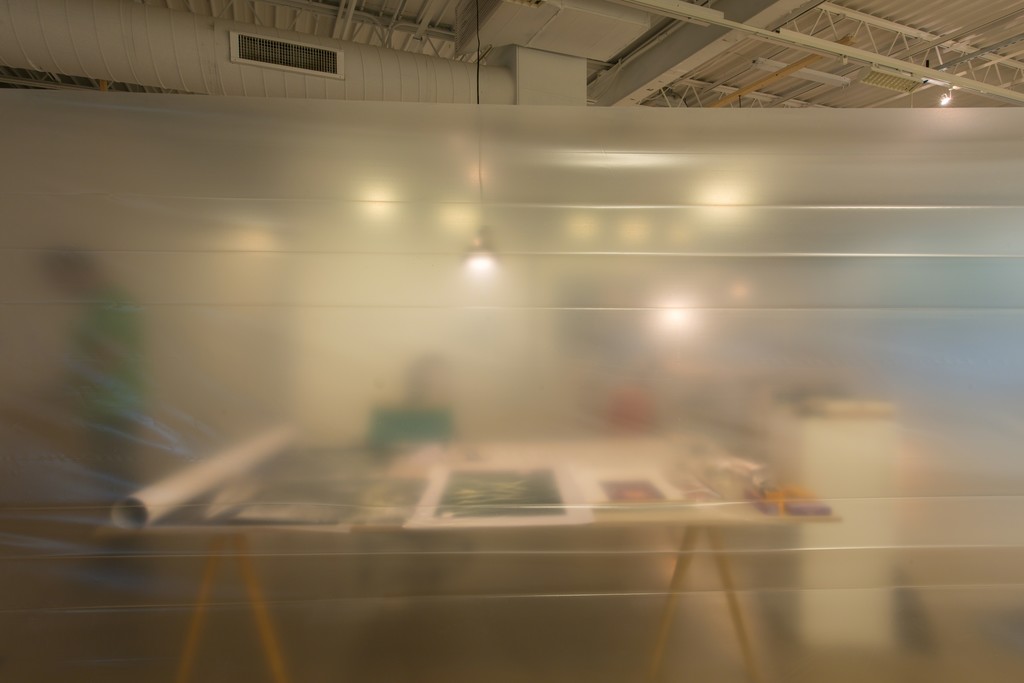 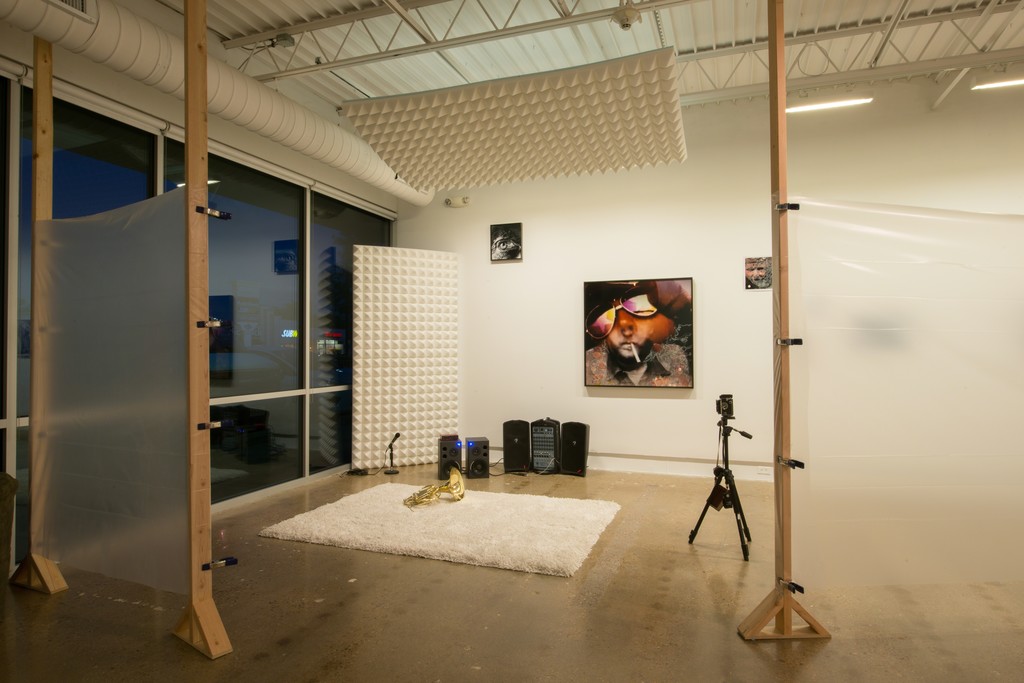 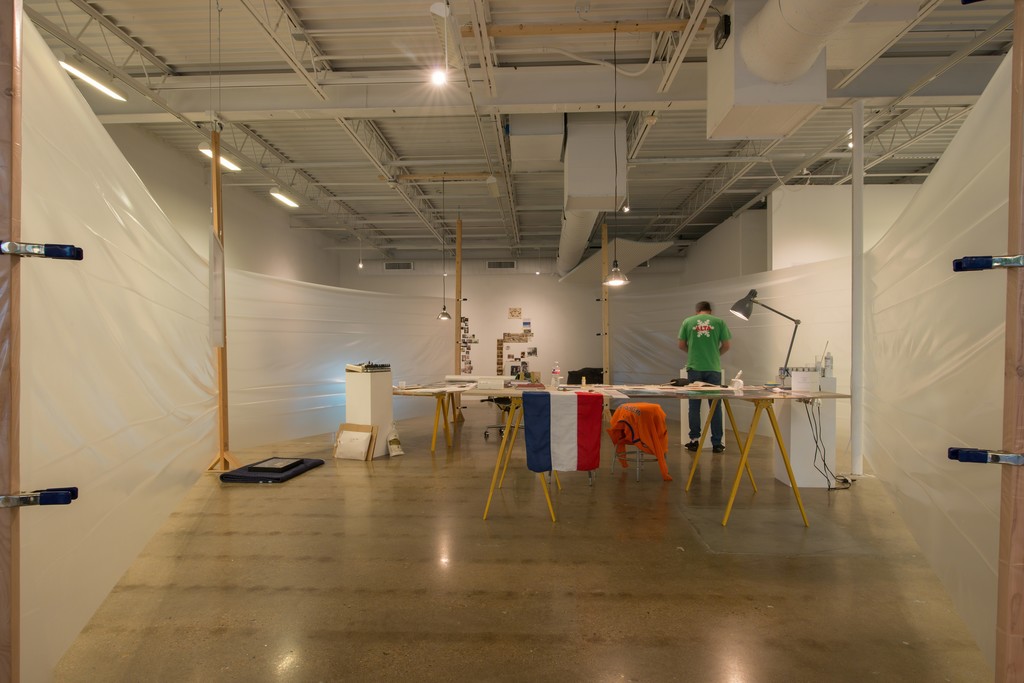 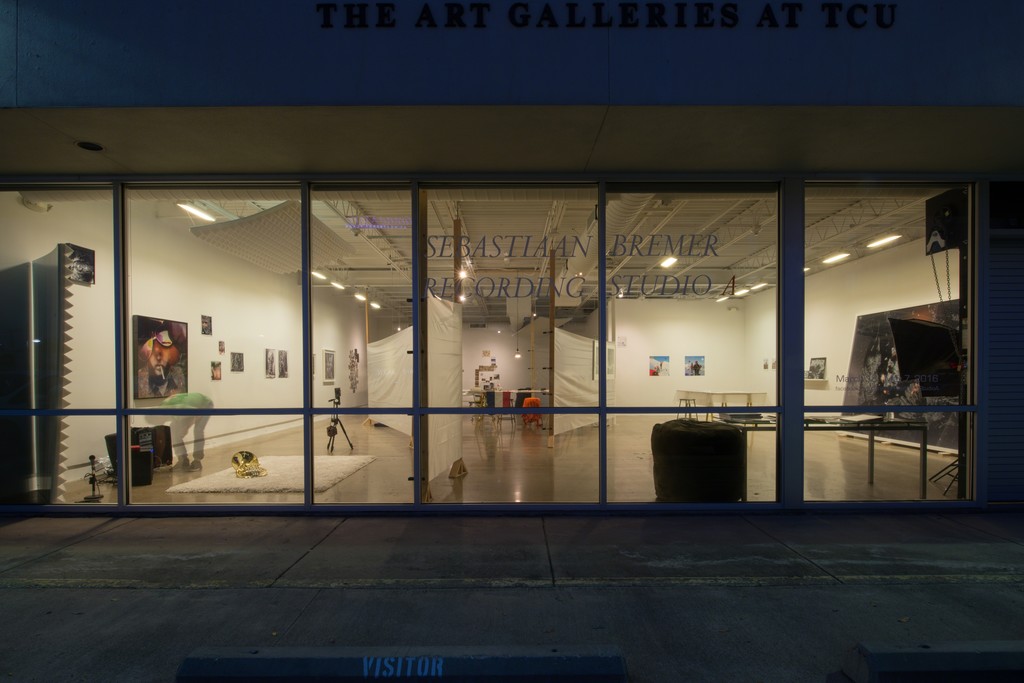 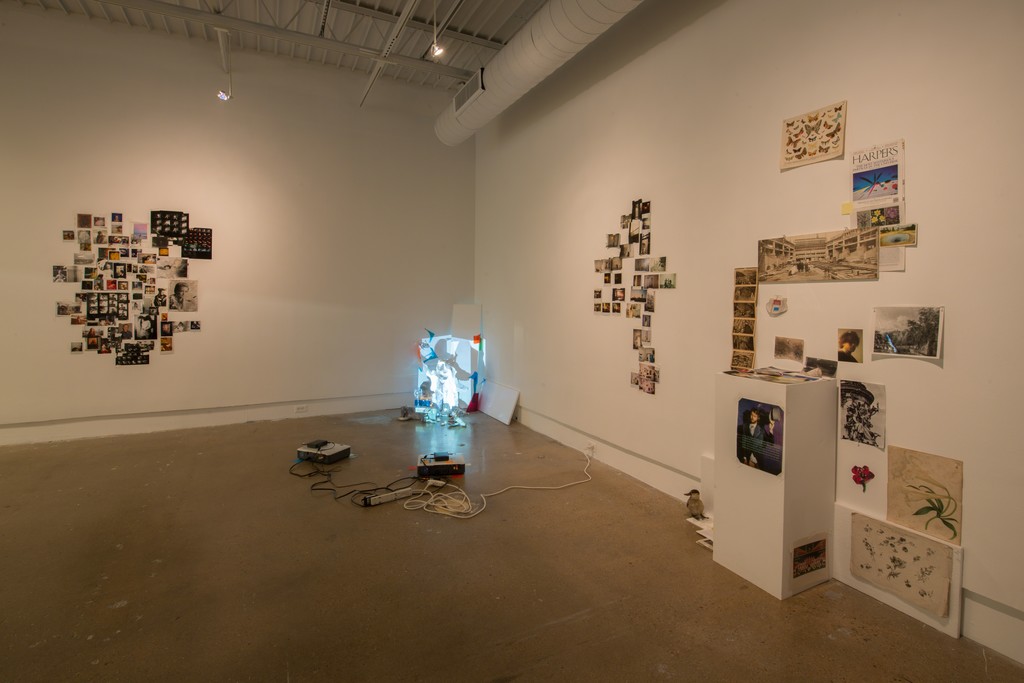 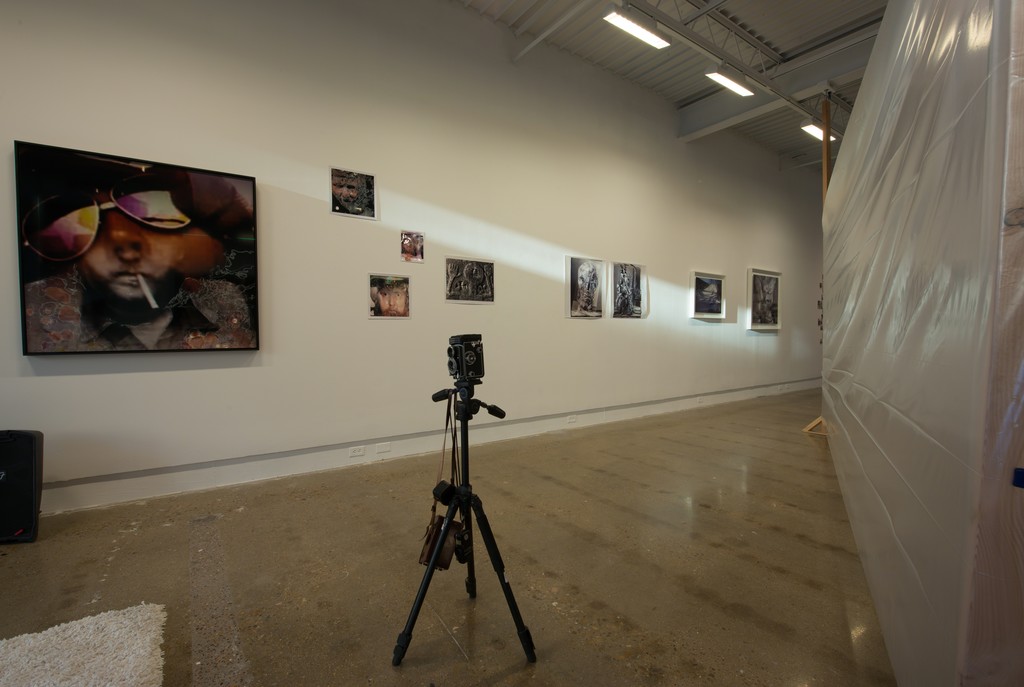 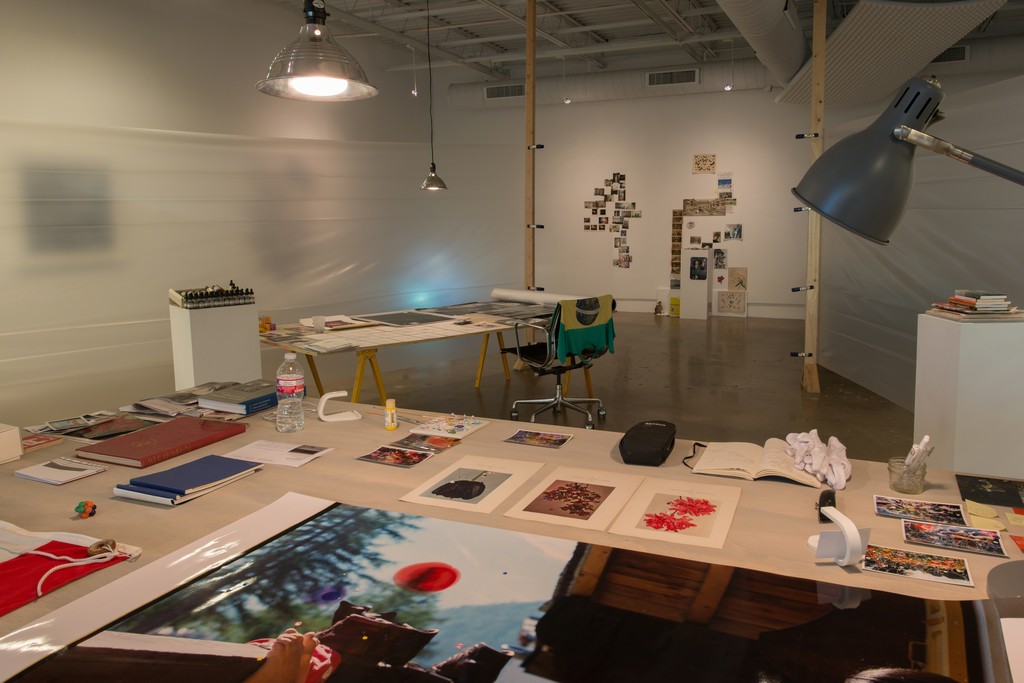 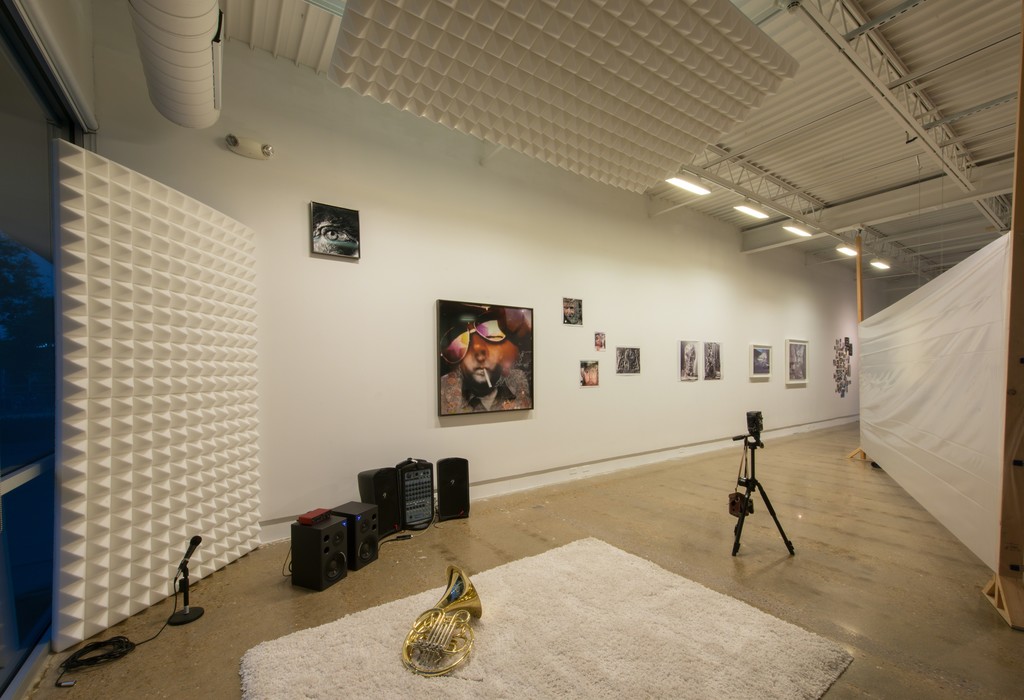 Throughout his career, Brooklyn-based Dutch artist Sebastiaan Bremer has used pre-existing images to explore ideas about time, memory and identity. Drawing meticulously on photographs with paint and ink, he reconsiders meaning and materiality in visual documents where the past and present collide. As an extension of his recent book TO JOY (2015), Bremer’s new exhibition Recording Studio A is a kaleidoscopic, three-dimensional view of his practice that brings together photography, painting, light projections, sculpture, found objects and live recordings in a collaborative performance space.

Part retrospective, part durational project, the exhibition presents works from the last 15 years of the artist’s career in a flexible, working studio space that echoes the architectural features of the Grote Zaal (Grand Hall) of De Doelen, a concert the hall in Rotterdam in The Netherlands. Designed by Bremer’s architect grandfather Herman Kraaijvanger in the 1960s, the Grote Zaal is well known for its clear and transparent acoustic qualities as well as being a creative hub at the heart of a vibrant city.

Alongside photographic works Bremer includes a selection of books, personal photographs and other aides de memoires that inspire the making of his work. He will also work in the gallery during a residency period (April 25-30) revealing his studio practice and giving gallery visitors an opportunity to meet one-on-one and ask questions. Bremer’s process can also be discovered through the Recording Studio A Facebook page - - www.facebook.com/BremerRecordingStudioA/ - - which exists as an artist’s sketchbook and dynamic exhibition archive.

For Bremer, the trip is the destination. Recording Studio A will change shape over time as he creates new works, meets new people in the gallery and explores collaborations with musicians, composers and designers including Jesse Chandler (US), Josephine Wiggs (UK), Oliver Ray (US), Diederik Idenburg (NL), and Christiaan Kuypers (NL).

Sebastiaan Bremer was born in Amsterdam, The Netherlands, in 1970. He attended the open studio program at the Vrije Academie in The Hague (1989 – 1991) before moving to New York in 1992 where he was a studio assistant to several artists, including photographers Inez van Lamsweerde and Vinoodh Matadin, and Liza May Post. In 1998 he attended the Skowhegan School of Painting and Sculpture in Maine, where he began experimenting with murals, collage paintings, and drawing directly on photographs, the style which he continues to use today.

Editor’s Note: When artist Piet Mondrian (1872-1944) moved to Paris from the Netherlands in 1911 he removed an “a” from the Dutch spelling of his last name in an effort to appear more cosmopolitan to his new art community. In contrast, Sebastiaan Bremer consciously retained his Dutch double “a” upon moving to the US. Recording Studio A is simultaneously a playful homage to Bremer’s Dutch identity and an epitaph to Mondrian’s lost “a.”