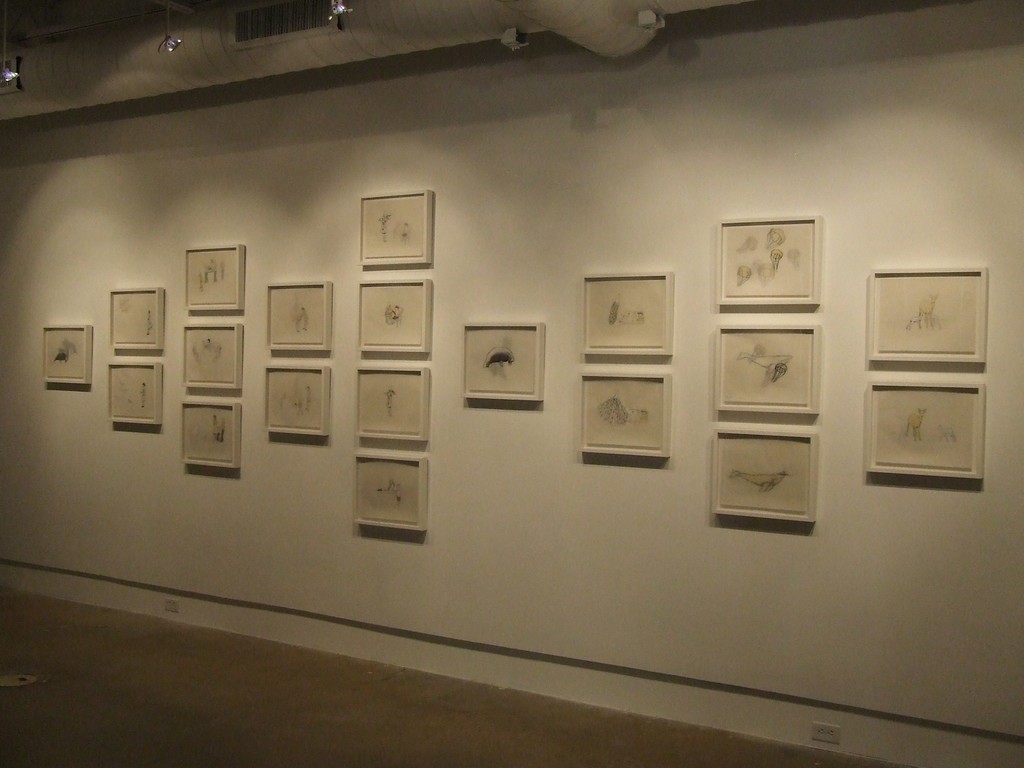 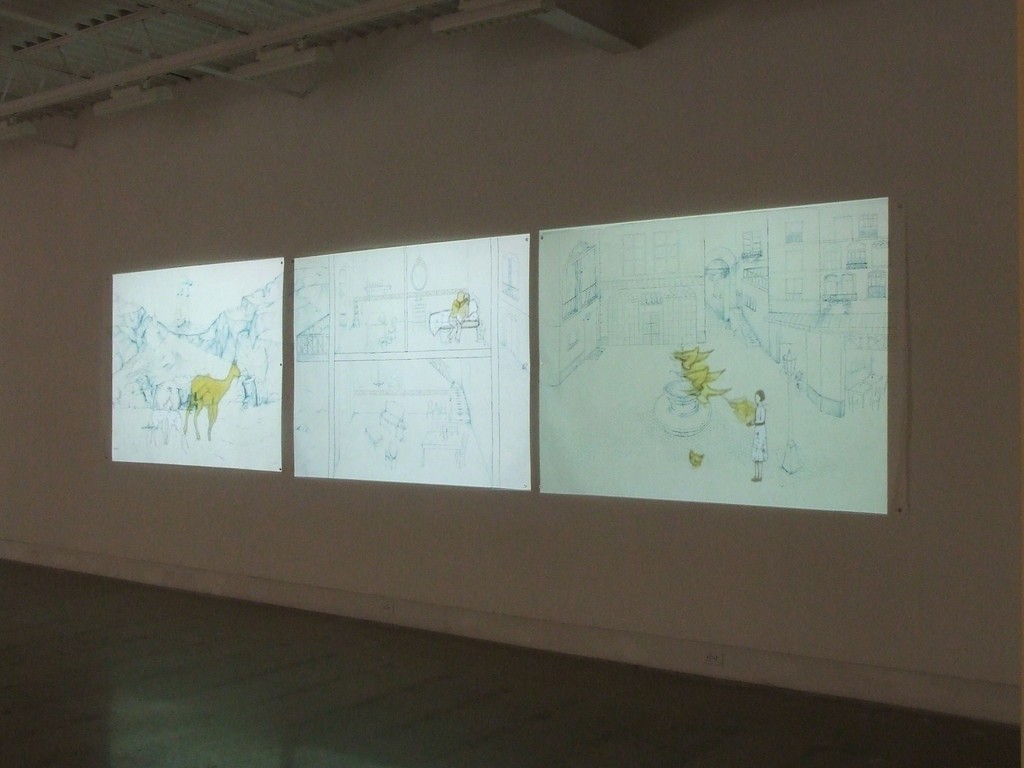 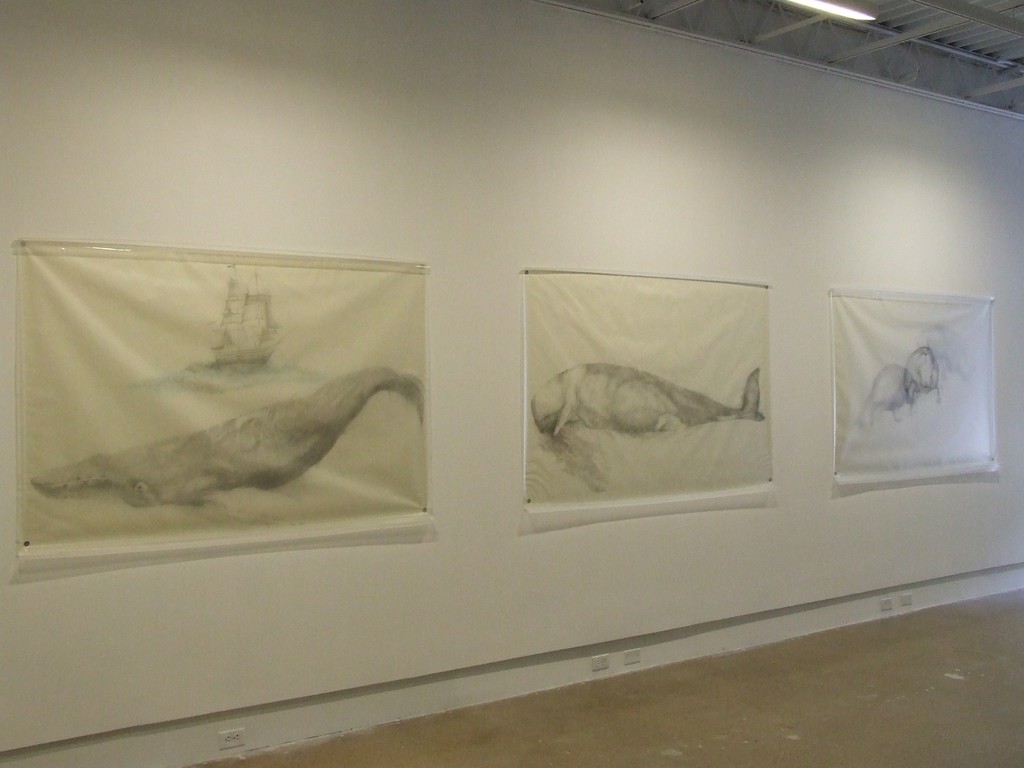 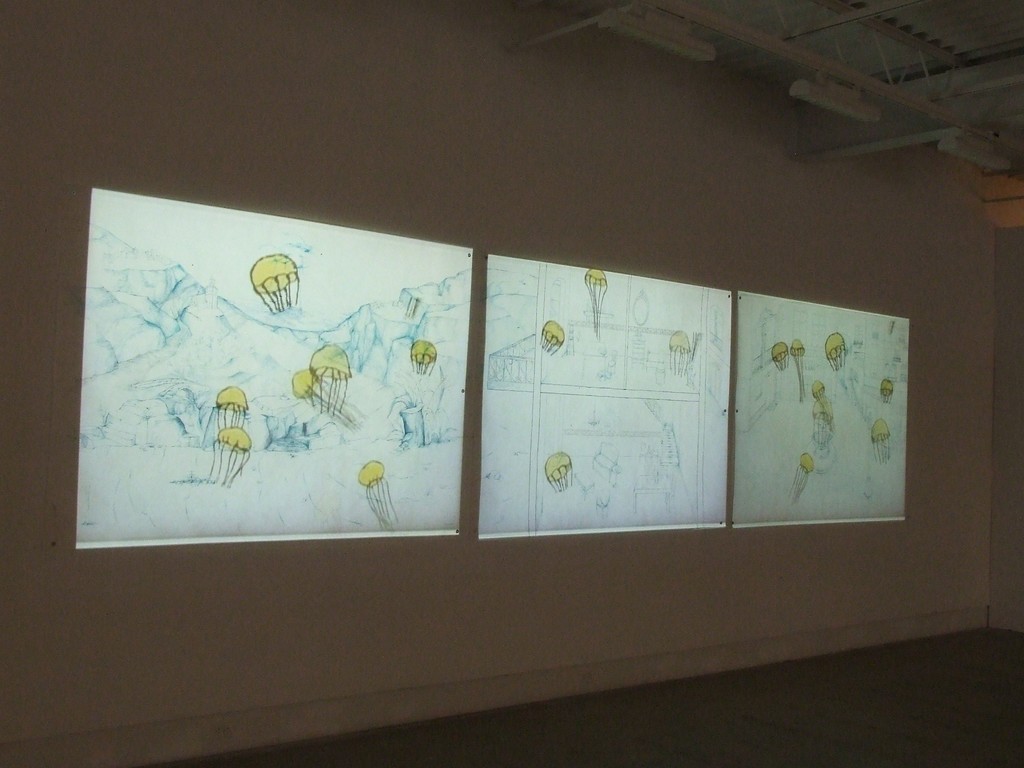 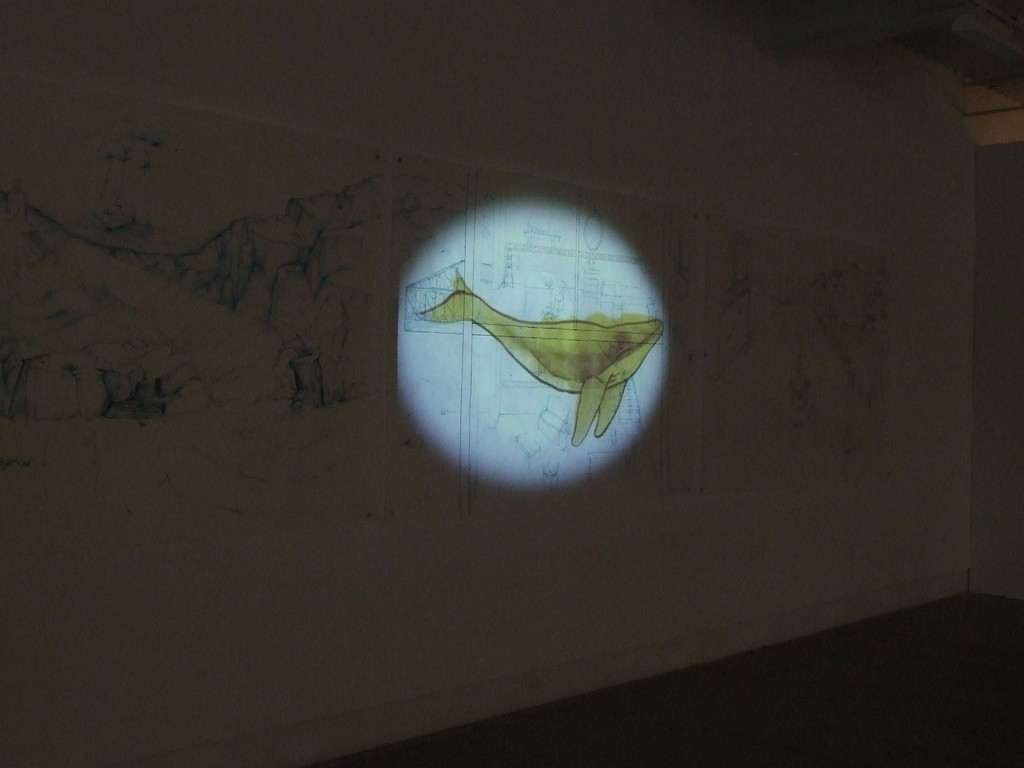 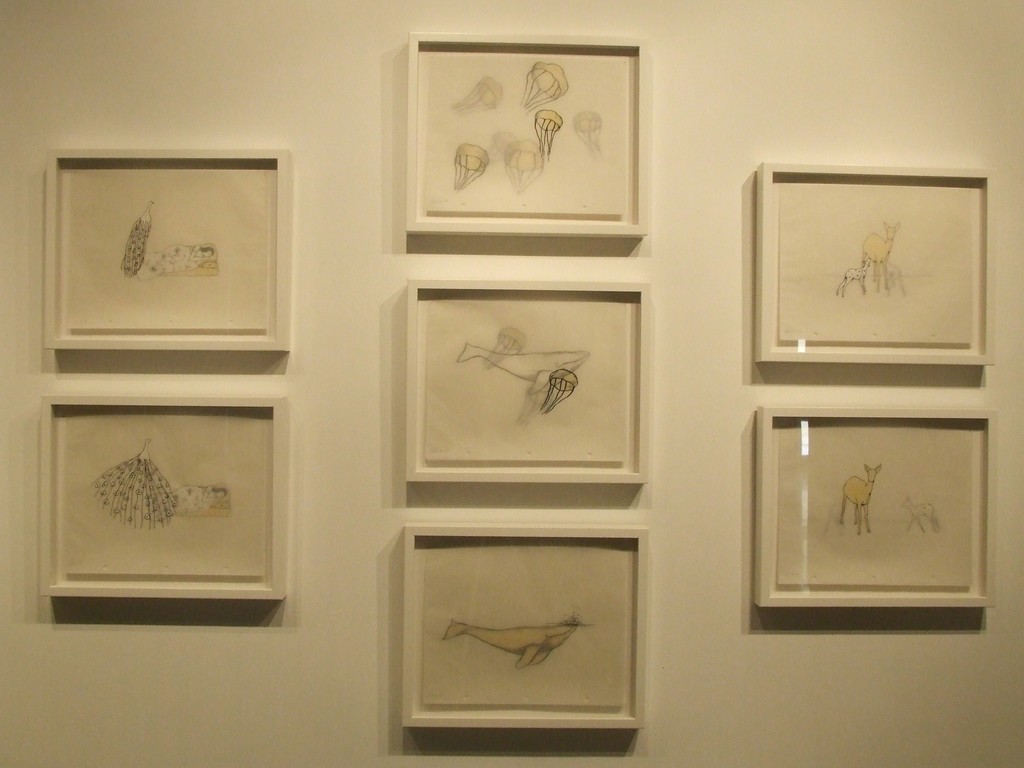 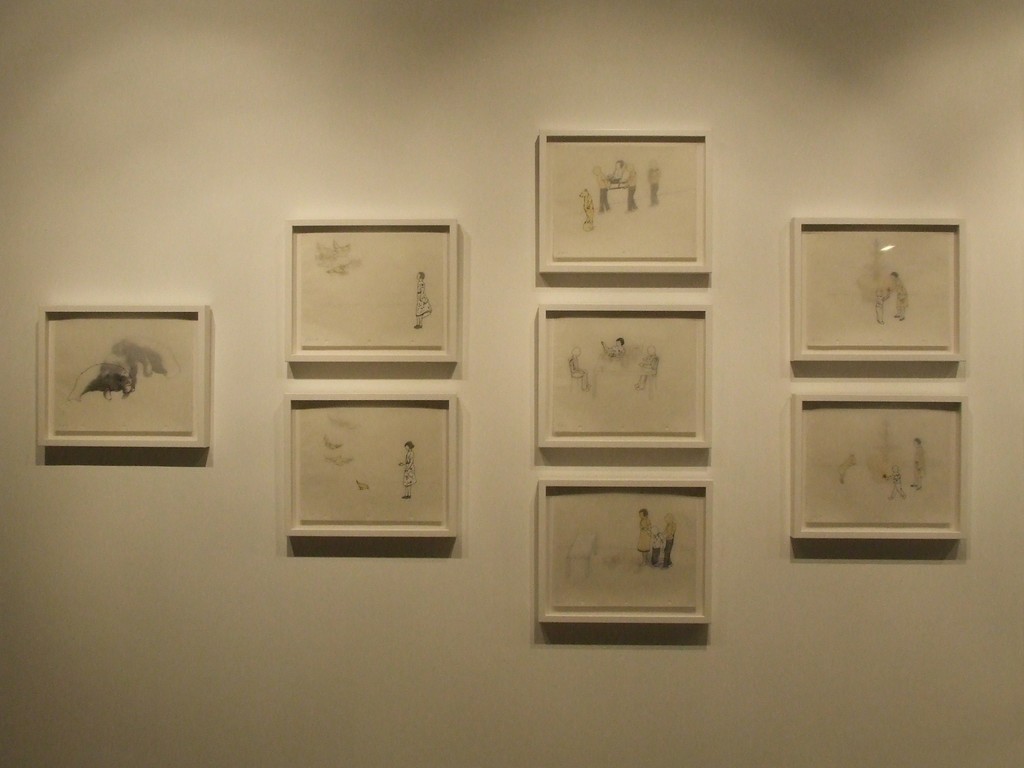 The central work of Avish Khebrehzadeh’s exhibition at Fort Worth Contemporary Arts is the installation Solace, So Old, So New. The work consists of three large layered drawings onto which an animation is projected. Khebrehzadeh’s work is consistently suggestive of otherworldly narratives, a sensibility often related to the artist’s interest in literature and her personal background. The dislocated and ephemeral presence of the work feels linked to childhood memories of her upbringing in post-revolutionary Tehran, Iran and her direct exposure to the city’s literary figures. Khebrehzadeh moved to Rome, Italy to study and is now living and working in Washington D.C., USA. This accumulation of cultural exposure provides the work with a sense of being outside of any particular time and place.

An extended cast of protagonists populates the work; both human figures and animals are seen engaged in fanciful and mundane activities. Recurrent themes develop through the work: an engagement with the spectacle and artifice that points to notions of human agency and free will. The elegant drawings often depict isolated subjects or contained interactions where the sense of freedom and autonomy is tempered by an existential dilemma of being temporally and spatially secluded. The essential poetic approach of Khebrehzadeh creates a contemporary mythology that retains an ambiguity and reluctance to determine the conclusion of the narratives as they unfold. Khebrehzadeh compels the viewer to provide the resolution and empathize with the subjects within the work.