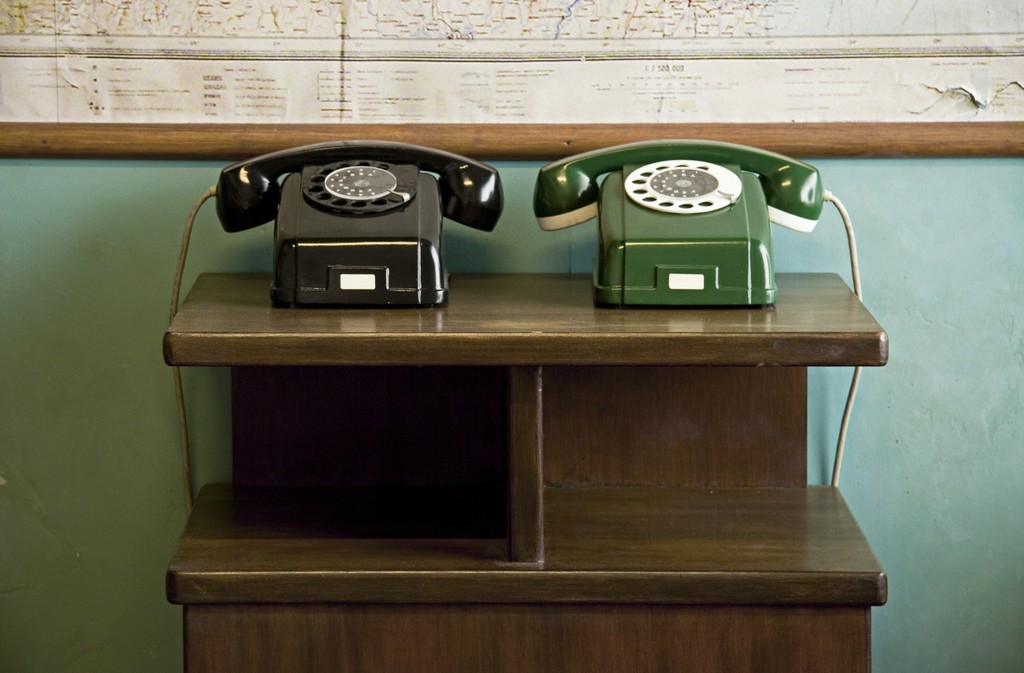 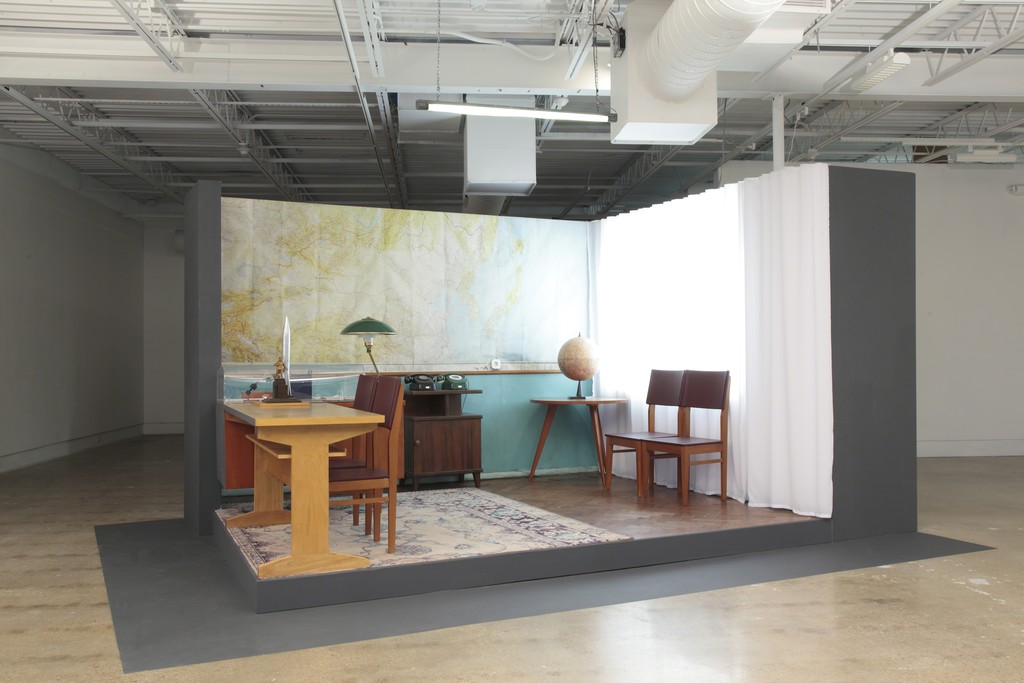 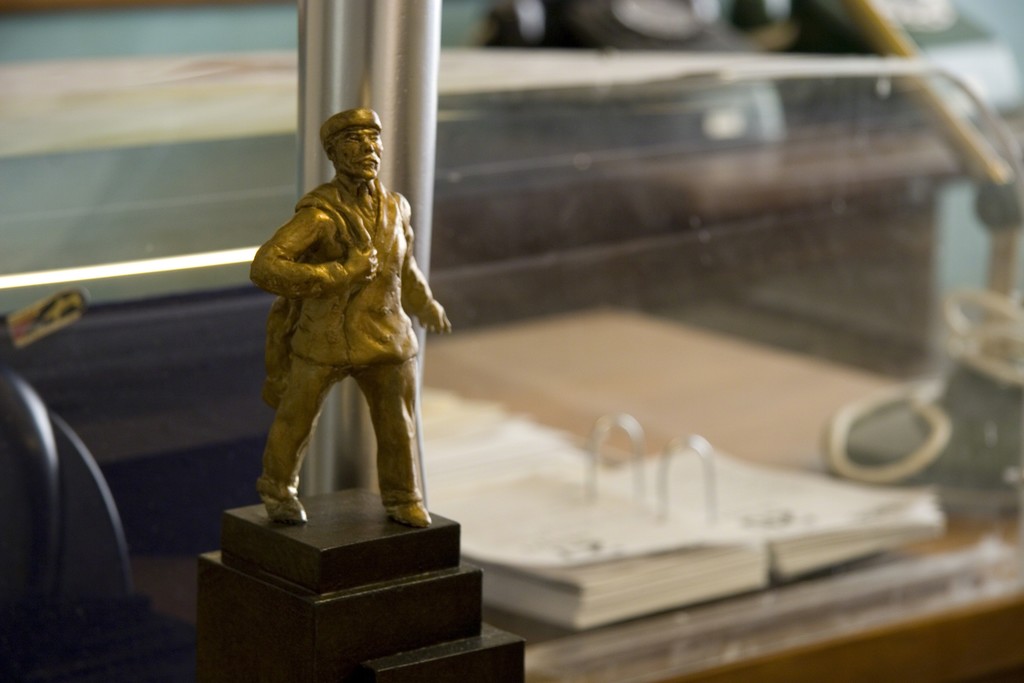 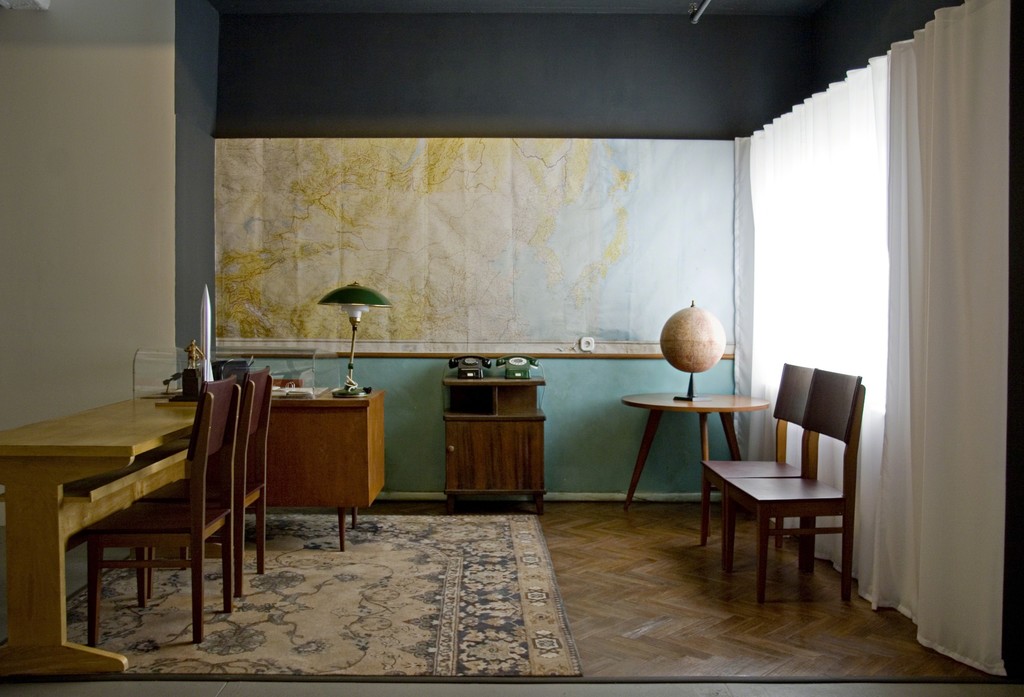 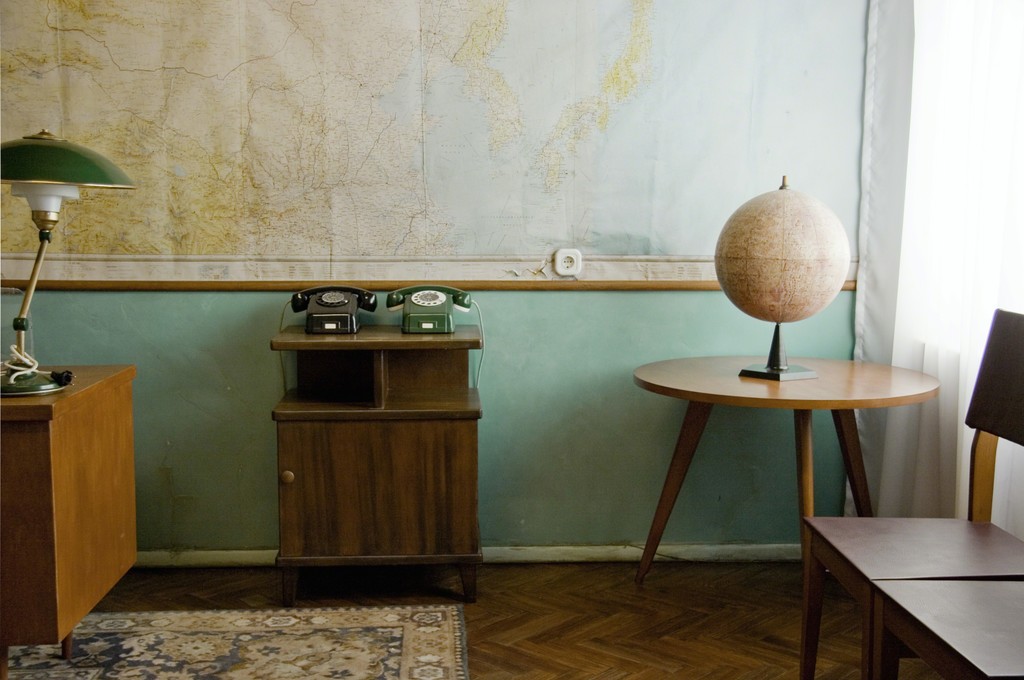 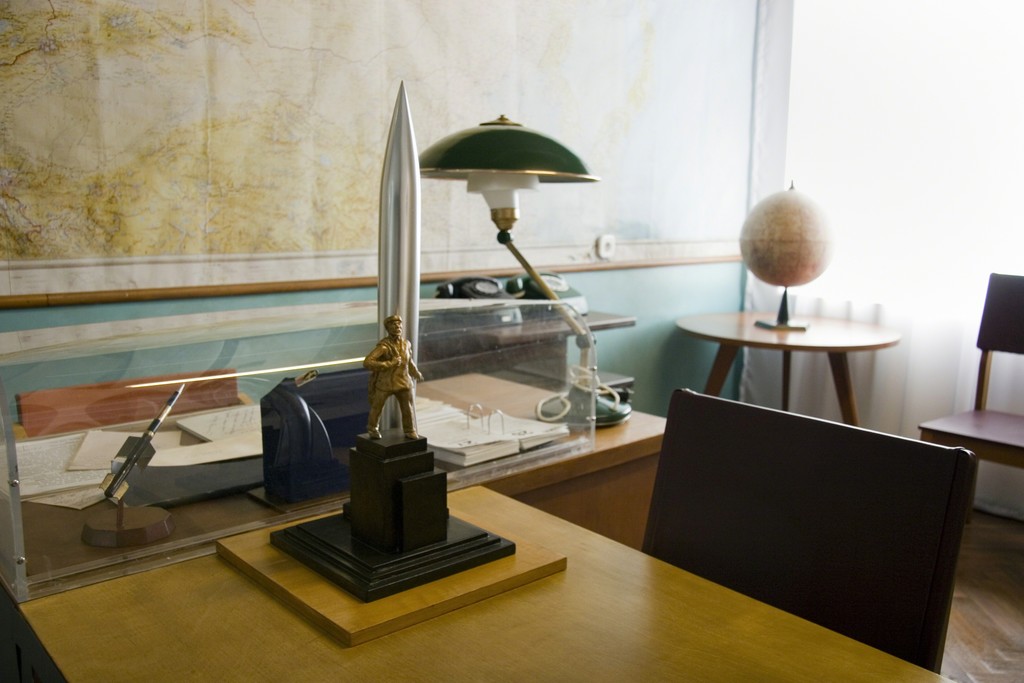 At its inception, Yuri’s Office was, as part of a larger theme, titled White on White: The Pilot (just like being there). This painstaking physical recreation of early cosmonaut Yuri Gagarin’s modest office space is gallery installation as film or television set, complete with artificial daylight source streaming through the window, ink-jetted oriental rug, sculpted telephones, raised platform floor and invisible fourth wall. While traveling and filming in Russia, Sussman snapped a clear-eyed photo of the roped-off tourist site, and then back at home forced herself through the problem-solving steps of reclaiming the communist Gagarin’s environment to her purpose of finding new meanings through the exploration of the overlooked, the back story, the time lags and anticipation of the bigger, myth-making event.

Gagarin—diminutive, good-natured, and ever-loyal to the Soviet Union—was the first man in space, the first to orbit the earth, and subsequently a massive hero in his homeland, having towns and streets named in his honor and national currency stamped with his likeness. He was a direct symbol of the competition for technological dominance between the USSR and the USA. We, the viewer, recognize his office as a small, tidy and somewhat drab time capsule of sorts—an aesthetic strongly associated with Soviet bureaucracy—and yet we search for clues to the man and his notorious country in this room’s confines and textures and surfaces, and also project ourselves upon the room with the enthusiasm of both psychoanalyst and patient. With Yuri’s Office, Sussman and Rufus continue their way with recontextualization, of making us reconsider what we think we already understand about the world, its events, its myths, and ourselves.