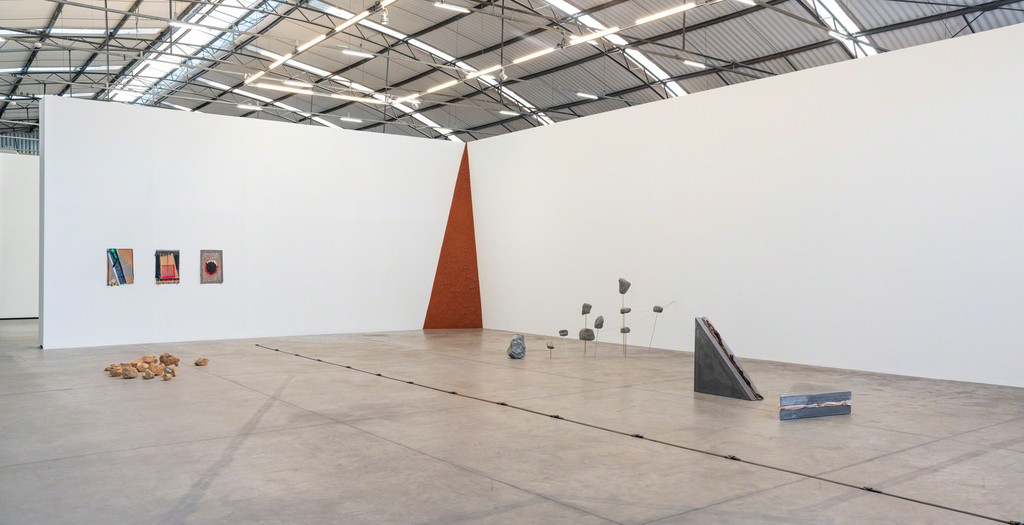 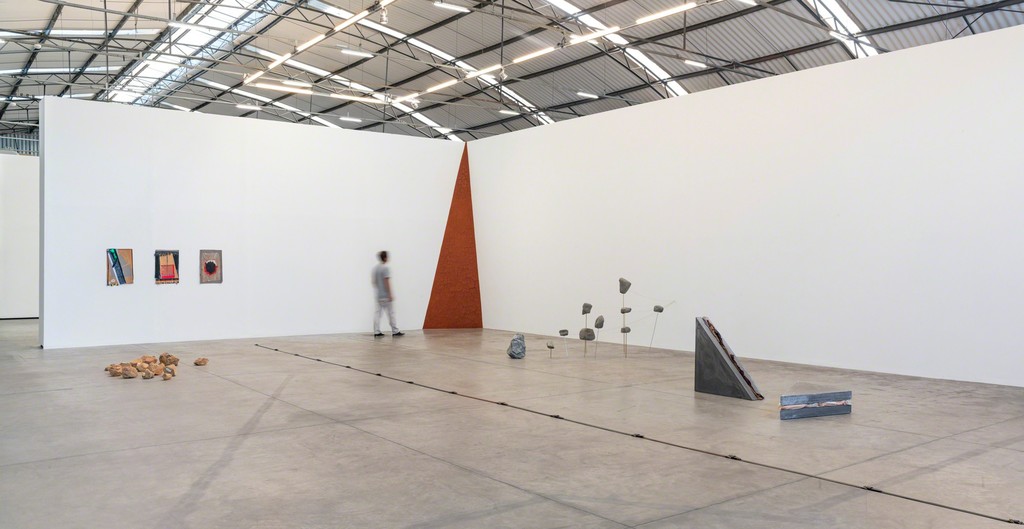 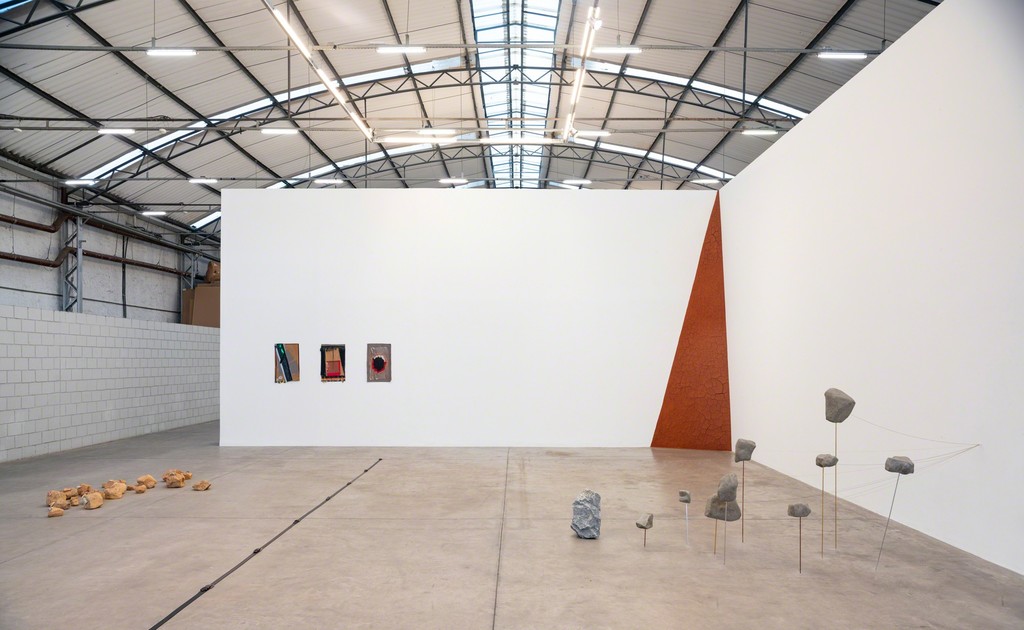 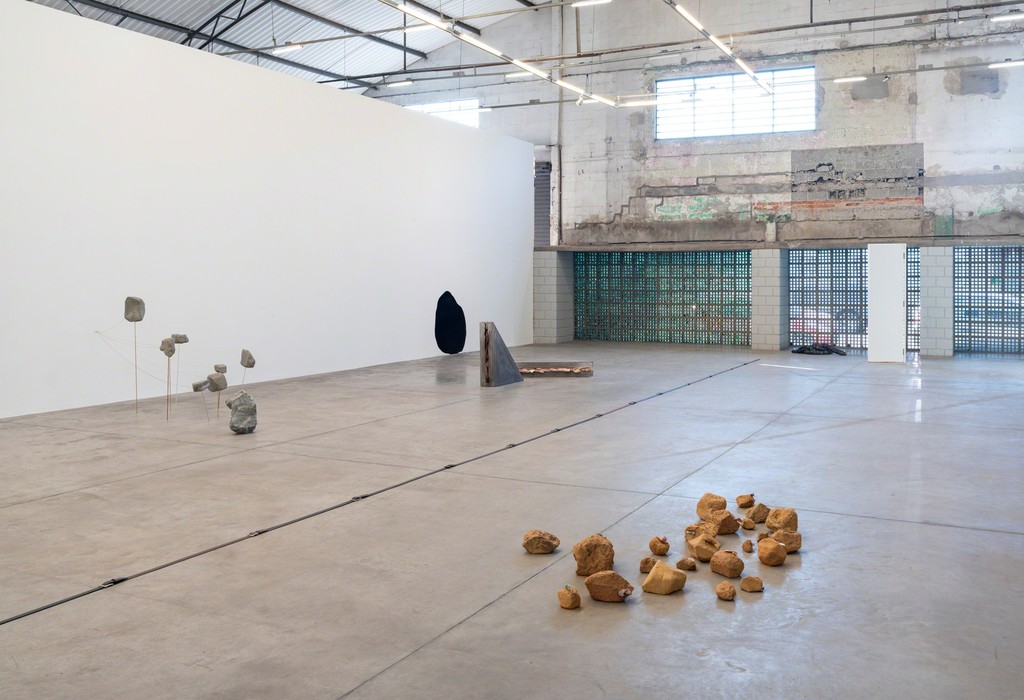 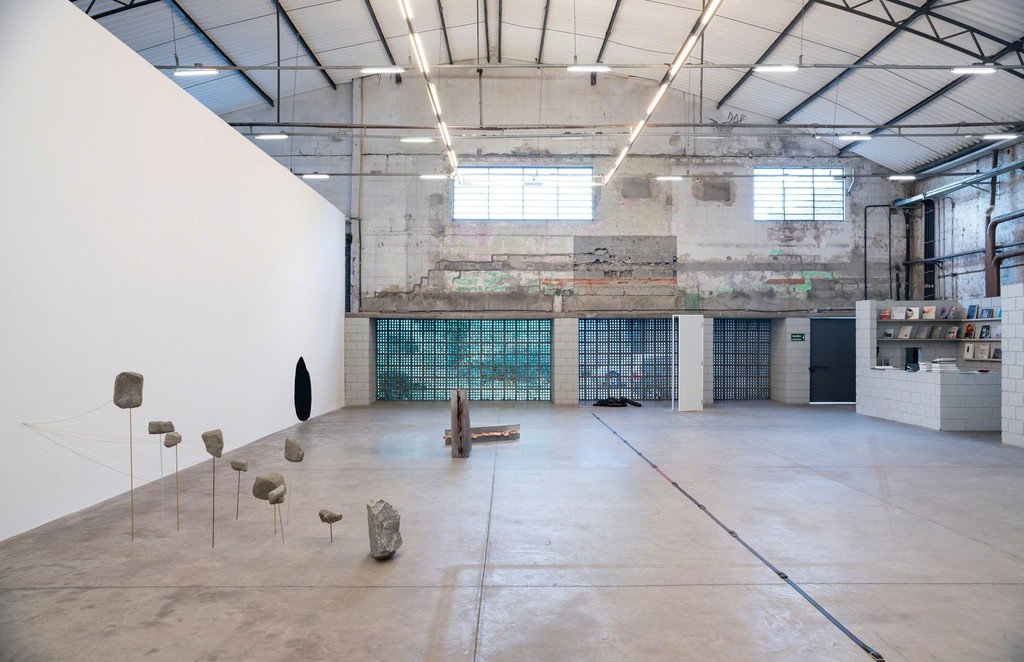 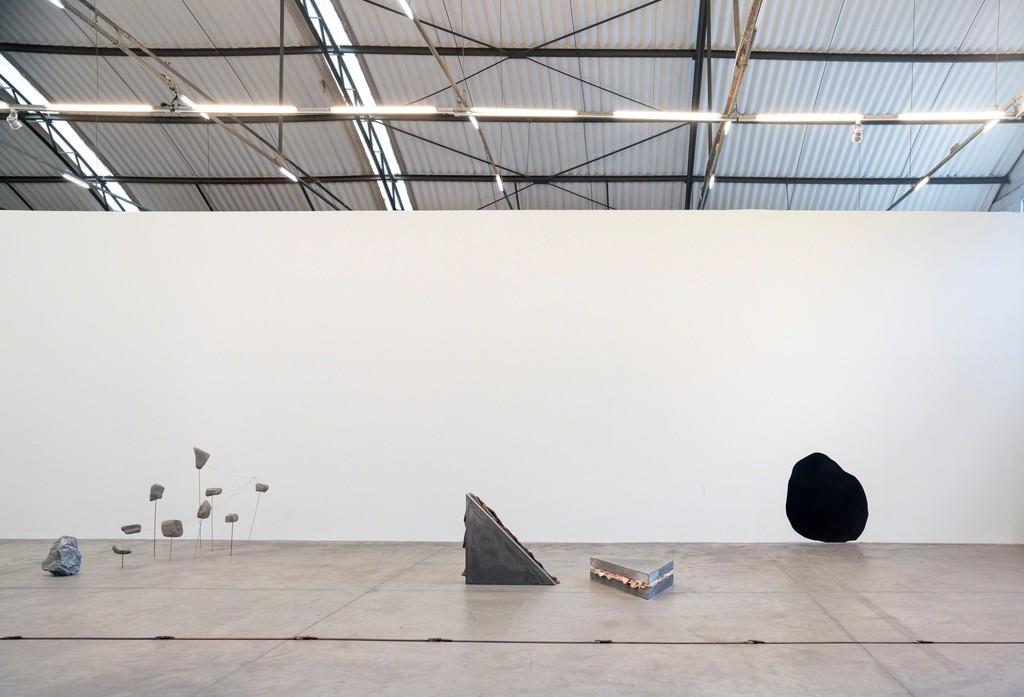 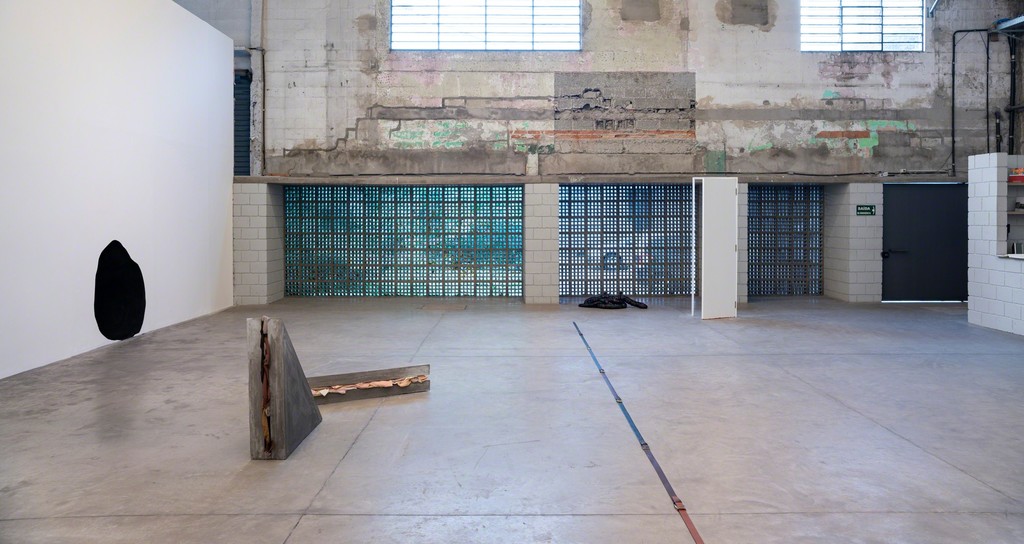 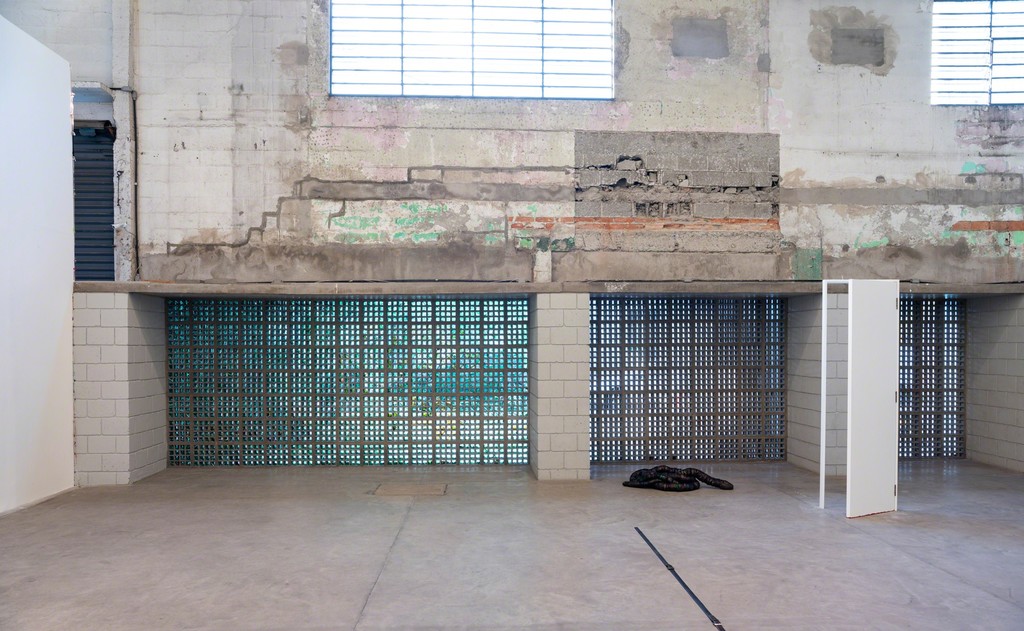 Sara Ramo’s new exhibition at Fortes D'Aloia & Gabriel | Galpão, Cartas na mesa [Cards on the Table], presents sculptures, collages and interventions which, inspired by the Theatre of the Absurd, evoke (with critical eye) the structures that have conducted and still conduct Brazil's and the World's current social and political tensions.
The work that lends its title to the show is a series of ten collages made with fabric, pigment, and sewing that are strongly related to celebratory banners. Three of these pieces are part of the exhibition, such as lost cards drawn from a guessing game. When combined, the titles of each collage constitute a kind of poem or carnival march.

CARDS ON THE TABLE

The issues presented by this political-poetic deck of cards pervades the exhibition's atmosphere. In Contrato social [Social Contract], the artist balances fake gems on various types of metal rods while a real gem lies near the set, dropped on the floor. Detrito-origem [Detritus-Inception], are alegoric gems made of clay, soil, cement and encrusted money bills. The artist creates a geology of desire through a consumption bias here: the way money is ontologically structured in our experiences and relationships.
This interest in creating earthy and stagecrafted trails is reflected in the pieces Evidência e Buraco negro [Evidence and Black Hole]. Whether in the former the artist brings about the verticalization of the ground – a soil made triangle shifted on the wall –, in the latter the action is reversed: Sara opens a cavernous hole in the wall, arousing curiosity and repulsion.
In an essay specially created for the exhibition, Bianca Dias states: “The allegorical dimension appears not as veiling, but as a way of approaching reality, as fiction which engenders what is horrible and abject in culture. Like ethics that bypass (through jokes and irony) this impossible place which doesn't stop inscribing itself and which happens as a place of joy as well as a cause of desire.”
Sara Ramo, 1975, of Brazilian- hispanic origin, currently lives and works in São Paulo. Her most recent solo exhibitions include: Para Marcela e as outras, Capela do Morumbi (São Paulo, 2017); Punto Ciego, EAC - Espacio de Arte Contemporáneo (Montevideo, 2014); Desvelo y Traza, Matadero (Madrid, 2014) and Center d'Art la Panera (Lleida, 2014); Penumbra, Fundação Eva Klabin (Rio de Janeiro, 2012). The artist has taken part in the followings Biennials: Mercosur (Porto Alegre, 2013 and 2007), Sharjah (United Arab Emirates, 2013), São Paulo (2010), Venice (2009), among others. Her work is featured in important collections such as Fundación Botin (Santander, Spain), Fondazione Cassa di Risparmio di Modena (Italy), MAM (Rio de Janeiro), Pinacoteca (São Paulo), Inhotim (Brumadinho), among others.