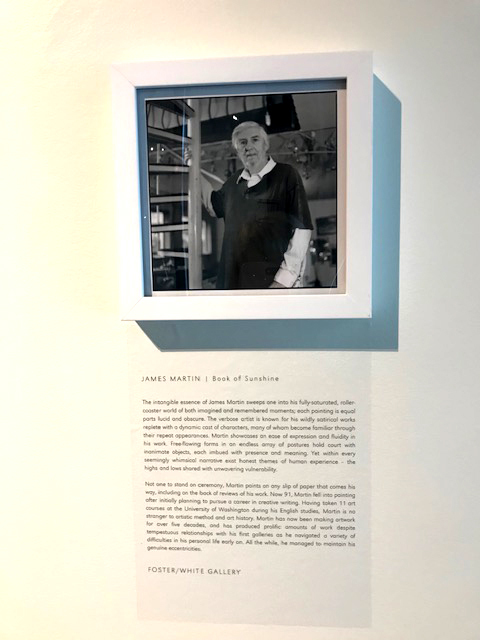 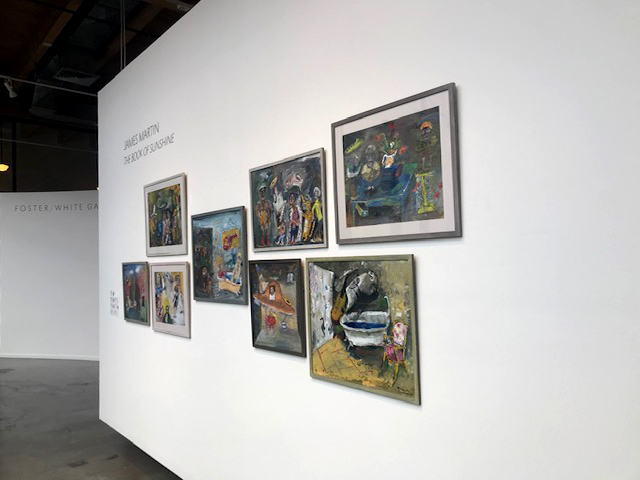 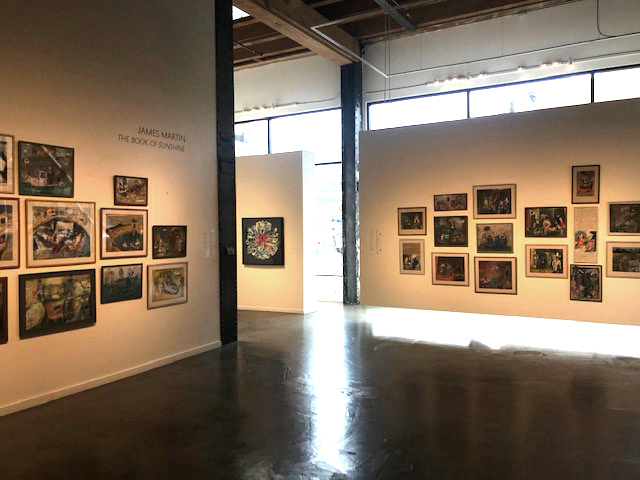 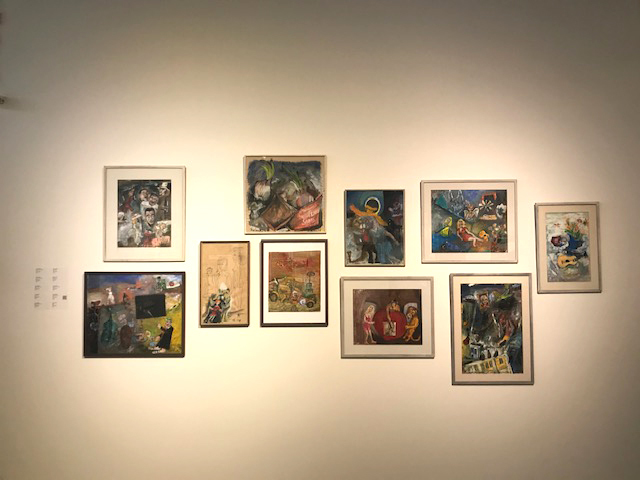 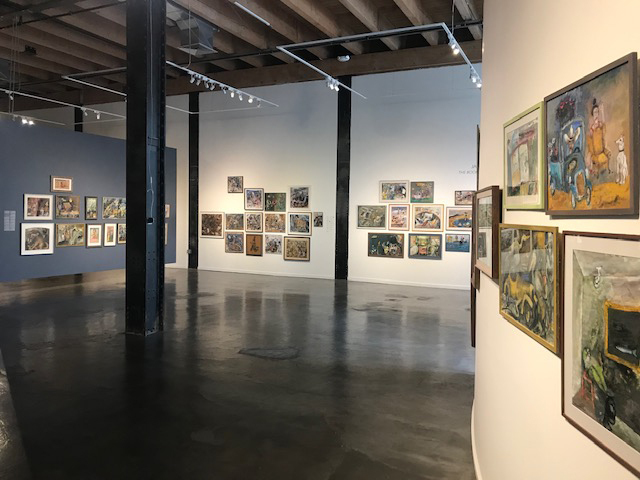 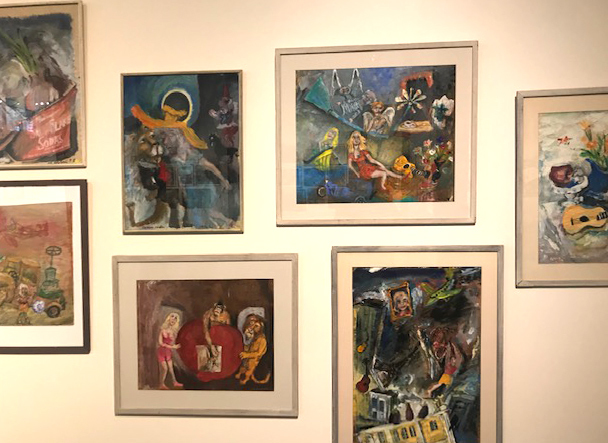 The intangible essence of James Martin sweeps one into his fully-saturated, roller-coaster world of both imagined and remembered moments; each painting is equal parts lucid and obscure. The verbose artist is known for his wildly satirical works replete with a dynamic cast of characters, many of whom become familiar through their repeat appearances. Martin showcases an ease of expression and fluidity in his work. Free-flowing forms in an endless array of postures hold court with inanimate objects, each imbued with presence and meaning. Yet within every seemingly whimsical narrative exist honest themes of human experience – the highs and lows shared with unwavering vulnerability.

Not one to stand on ceremony, Martin paints on any slip of paper that comes his way, including on the back of reviews of his work. Now 91, Martin fell into painting after initially planning to pursue a career in creative writing. Having taken 11 art courses at the University of Washington during his English studies, Martin is no stranger to artistic method and art history. Martin has now been making artwork for over five decades, and has produced prolific amounts of work despite tempestuous relationships with his first galleries as he navigated a variety of difficulties in his personal life early on. All the while, he managed to maintain his genuine eccentricities.

In Book of Sunshine, we showcase a vivid selection of Martin’s work including pieces that have not been seen in public since they were completed years ago. As Matthew Kangas summarized in his 2019 review, “each crowded narrative retains its enigmatic, ambiguous character, emitting delirious colors, surrealistic juxtapositions, and, one suspects, highly subjective meditations on much of 20th-century art and culture.”