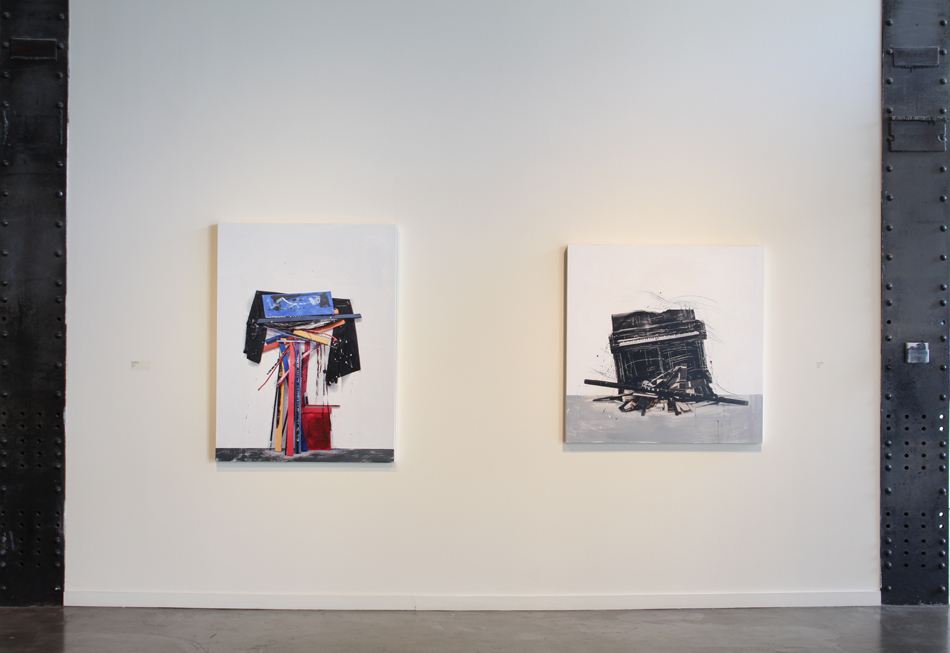 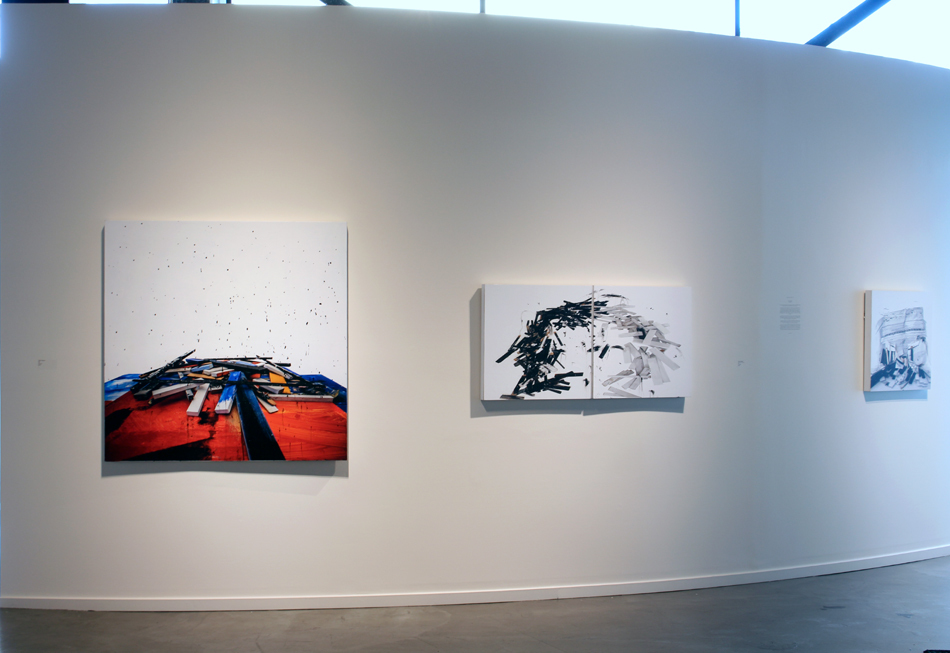 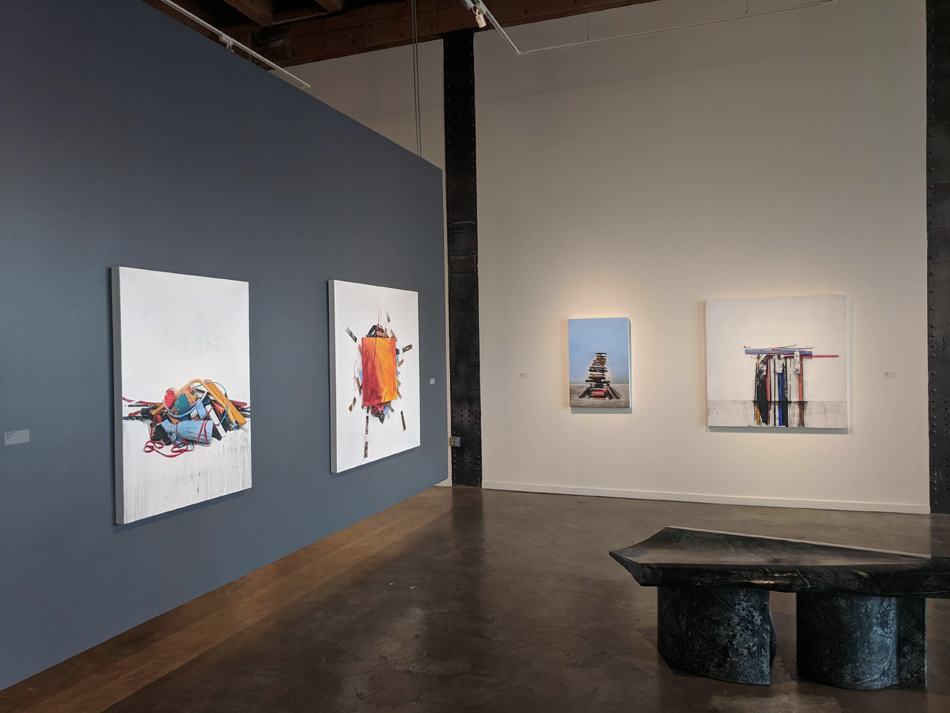 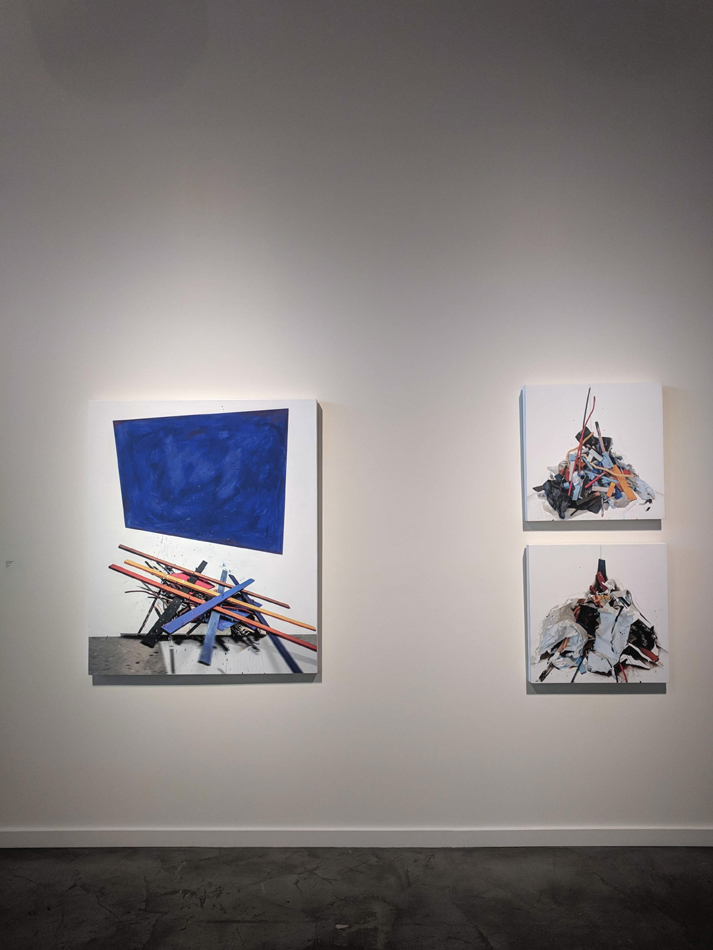 In a society saturated by an excess of objects, it is hard to escape the constant presence of the discarded. Below the surface of what appears to be ordered and modern often exists a mess of cast-offs. These items may have had rich lives, and perhaps once served a purpose for which they are no longer being used. The presence of these remnants is something that we barely notice, so resigned are we to the fact that their existence is ordinary. However, it is in these ordinary moments, in these unplanned structures of cast-off materials, that artist Andre Petterson has found inspiration for his newest body of work, Random by Design.

Inspired in part by a recent trip to Shanghai, says Petterson, “in this series, I’m recreating that which has been discarded: a pile of construction debris, an old box of stuff left by the side of the road, a neatly stacked bunch of wood in an alley. I find that when I replicate these things, by cutting sticks, stacking wood bits and painting or arranging them, they become almost precious. It’s an interesting transformation. When I light and photograph the assemblages and then mount, paint and alter them, they take on a whole new meaning. I hope that the essence of the original idea remains, perhaps a ghost of what was originally random.”

The works vacillate between deeply saturated hues of blue, red, and orange, and high contrast black and white - stillness and drama. With references to Rauschenberg assemblages and trompe l'oeil, the works in Random by Design are at once nostalgic and crisply fresh.

Petterson has exhibited in both private and public galleries in Canada and the United States. He is the recipient of The National Film Board of Canada Award, and has work featured in numerous private and public collections including Canada Council Art Bank, Canadian Airlines, Vancouver General Hospital, and Laxton & Company.