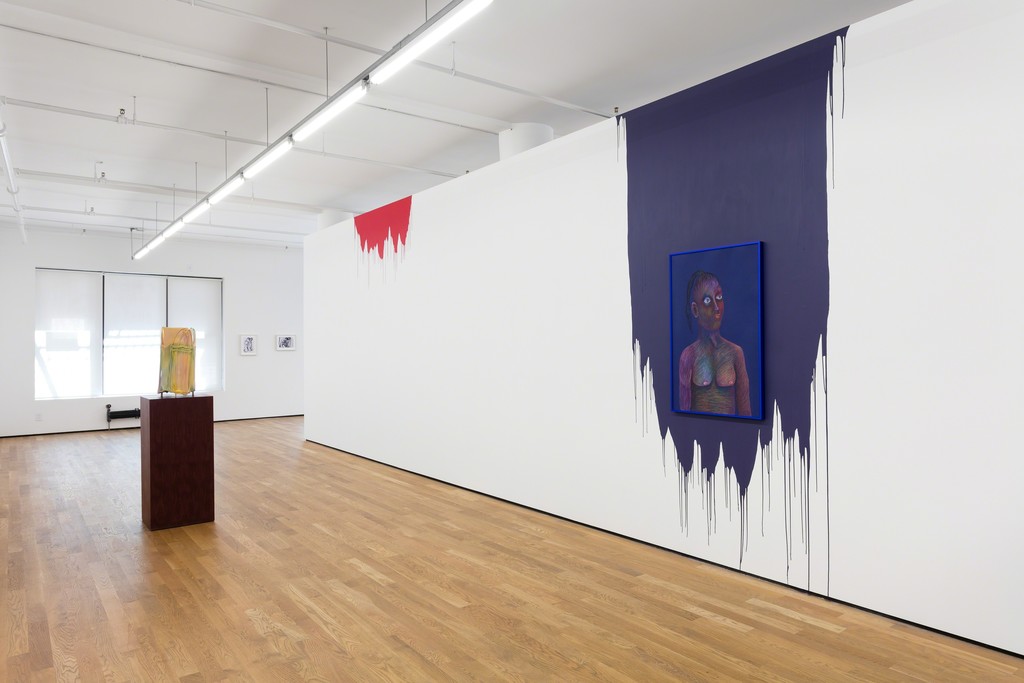 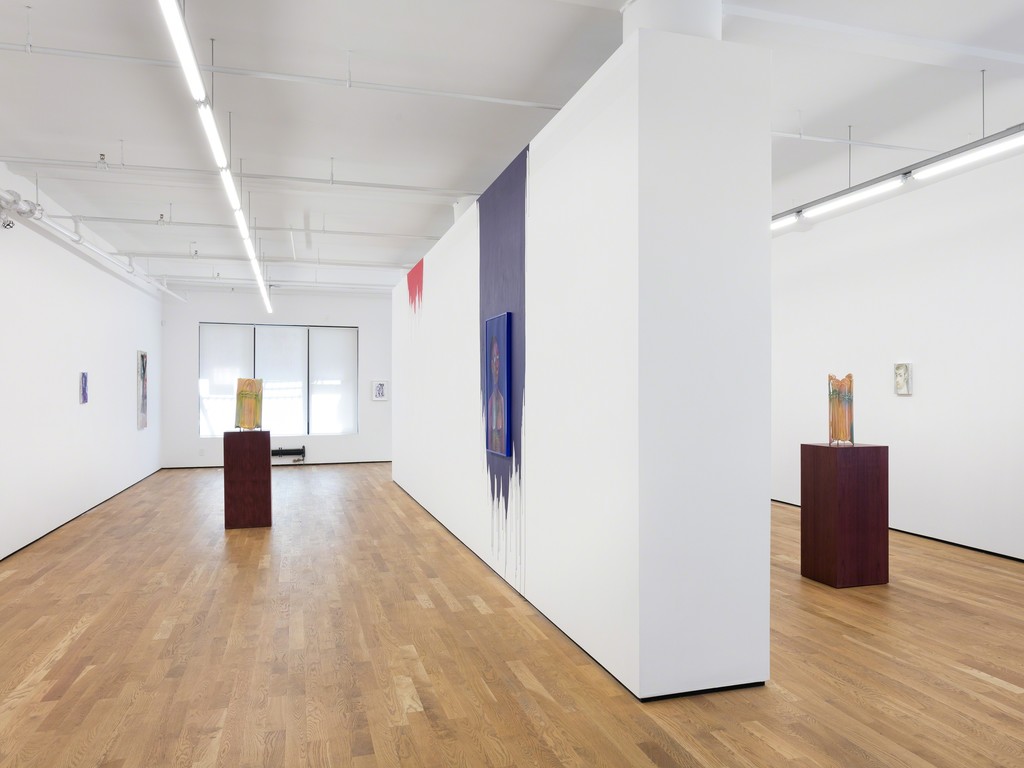 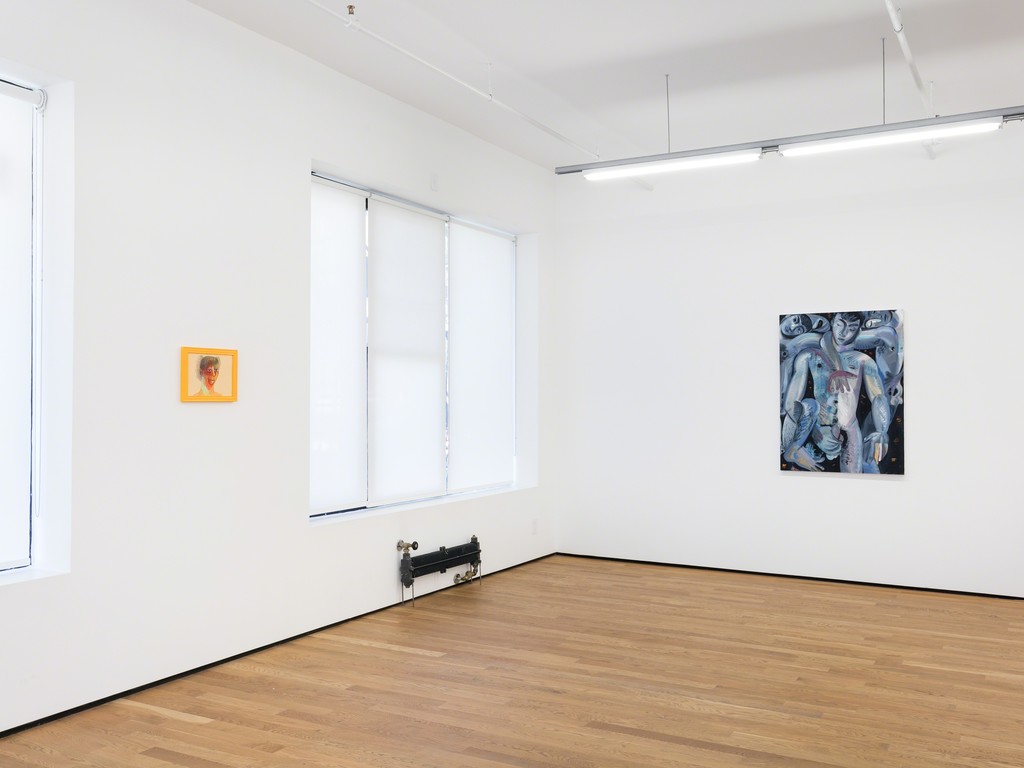 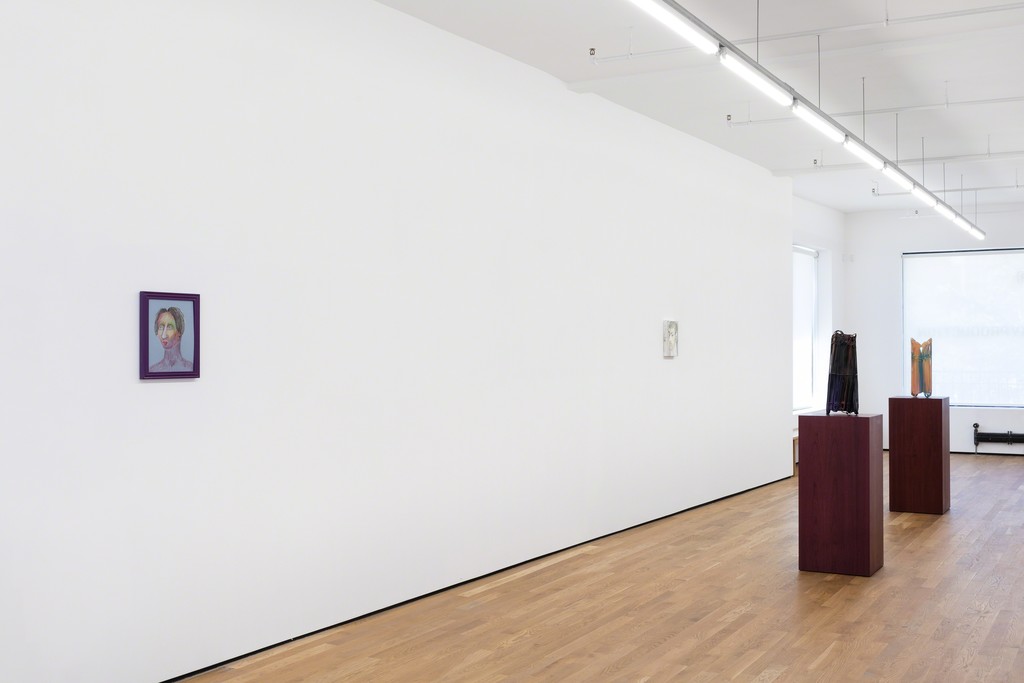 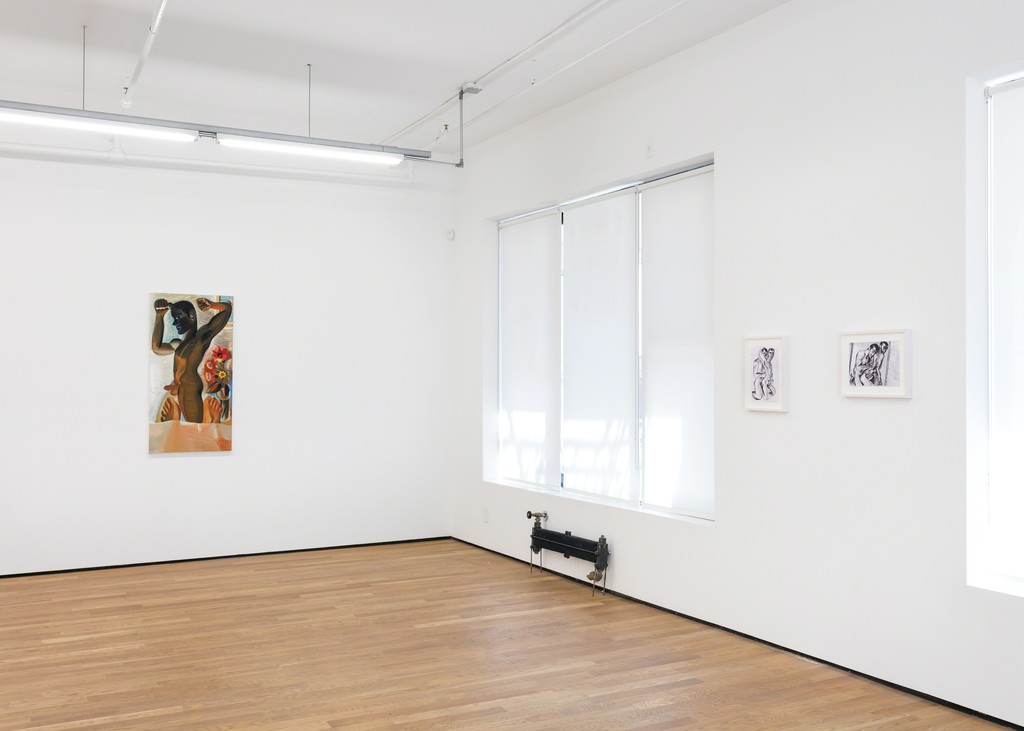 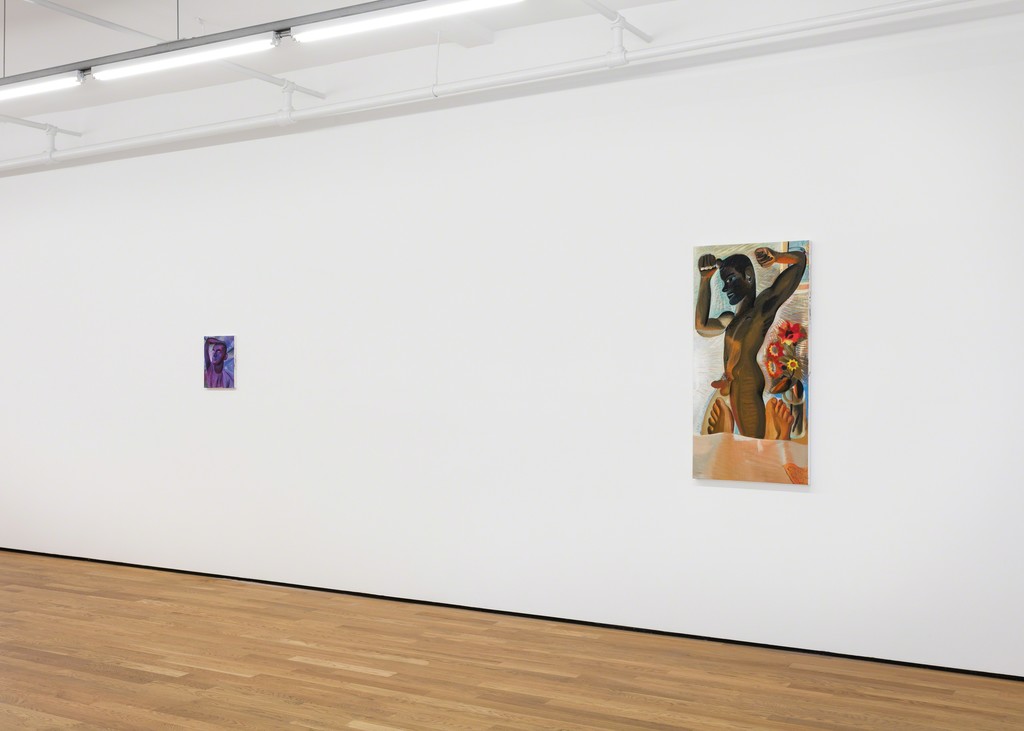 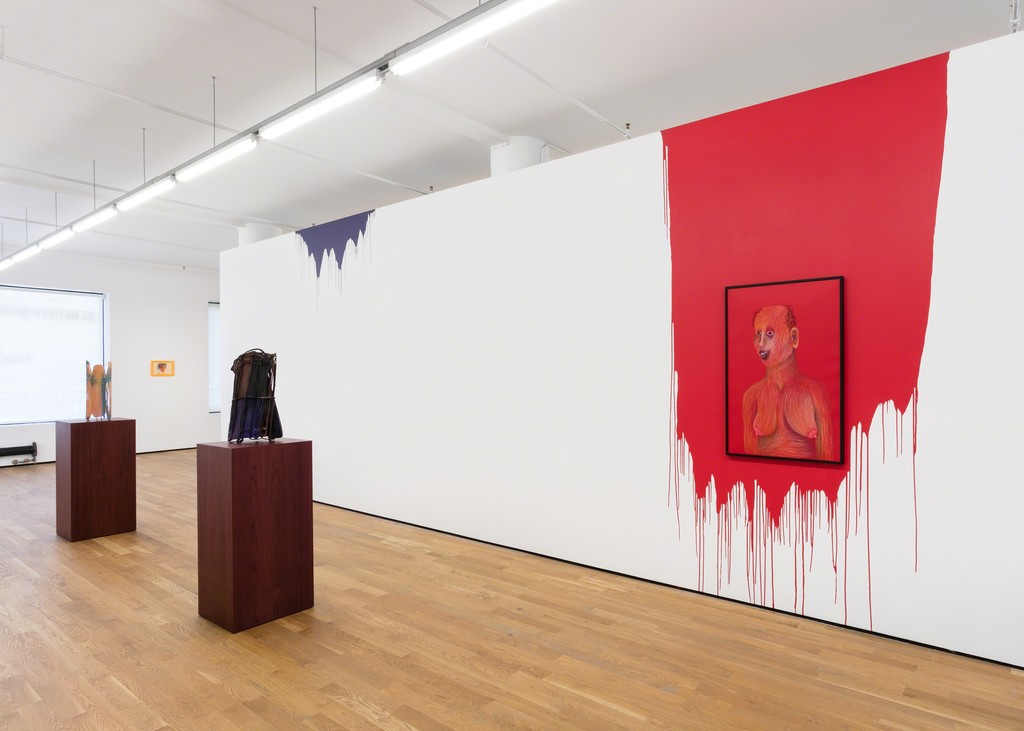 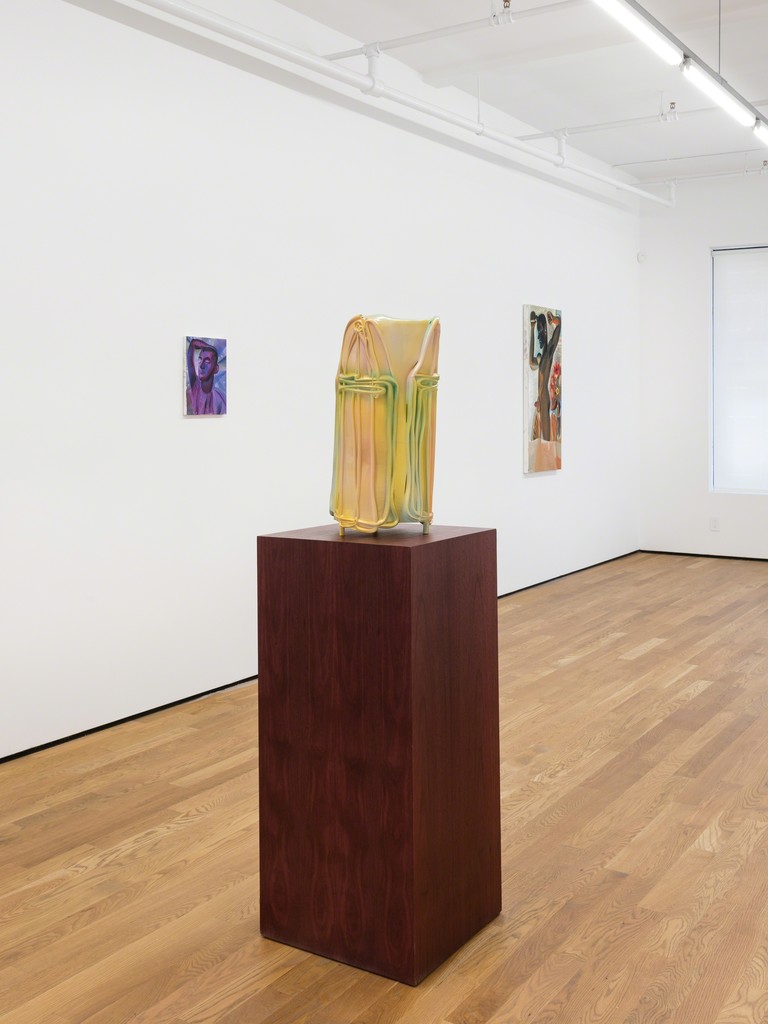 Louis Fratino’s passionate observations of friends and lovers have a fictive, allegorical quality. His fields of vivid color and his expressive style recall early Modernist portraiture, although his interpretations of the male form mine a visual history that goes back at least to ancient Greece. He pictures an intimate realm of subjectivity and desire that the outside world infiltrates only through refraction and sublimation.

Ann Hirsch’s bold, intense works on paper open up issues of alienation, gender, and otherness to an empathetic gaze. They share German Expressionist portraits’ unnerving sense of disquiet and flux while remaining utterly of the moment. Mercurial and emotive, Hirsch’s combination of imagination and autobiography redefines the portrait, presenting subjects that are both fragmented and expansive.

Jacolby Satterwhite’s Metonym sculptures are based upon a selection of his late mother’s numerous diagrammatic sketches. Her designs form a compendium that reflects her creative and entrepreneurial drives as well as her experience of schizophrenia. Reminiscent of Art Nouveau design, the artist’s sculptures have an organic, sensual quality that captures mixed emotions informed by nostalgia, longing, and optimism.

Jacolby Satterwhite (1986, Columbia, SC) lives and works in New York. He holds a BFA from Maryland Institute College of Arts, Baltimore, MD; and an MFA from the University of Pennsylvania, Philadelphia, PA. Selected exhibitions include I Was Raised on the Internet curated by Omar Kholeif at the MCA, Chicago, IL (upcoming 2018); Berlin Biennale 9, Berlin; Electronic Superhighway, Whitechapel Gallery, London, UK (both 2016); Whitney Biennial 2014, Whitney Museum of American Art, New York, NY, and When the Stars Begin to Fall: Imagination and the American South, The Studio Museum in Harlem, New York, NY (both 2014).