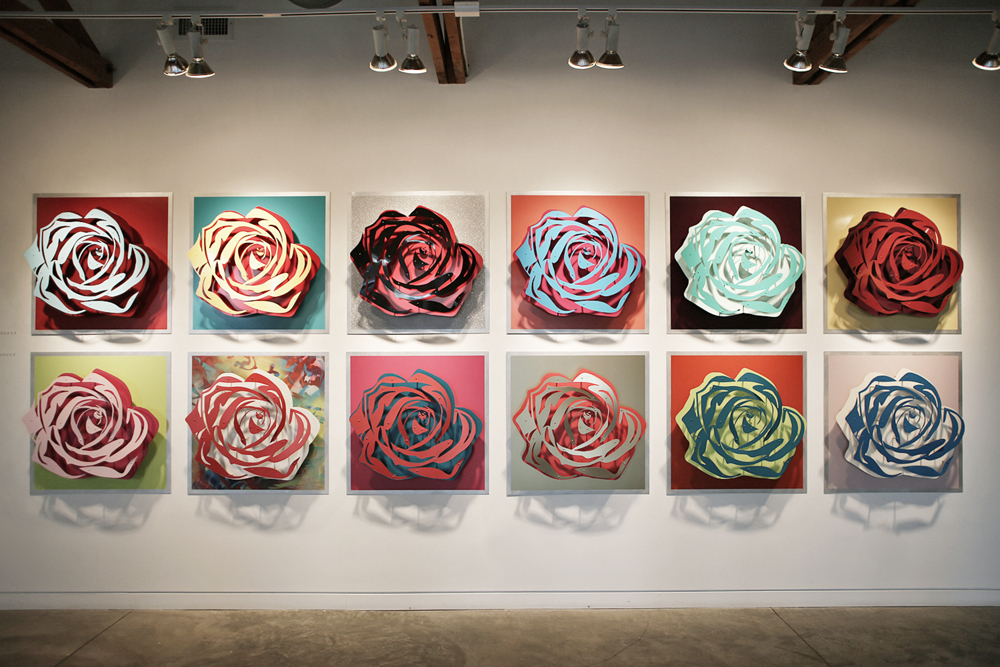 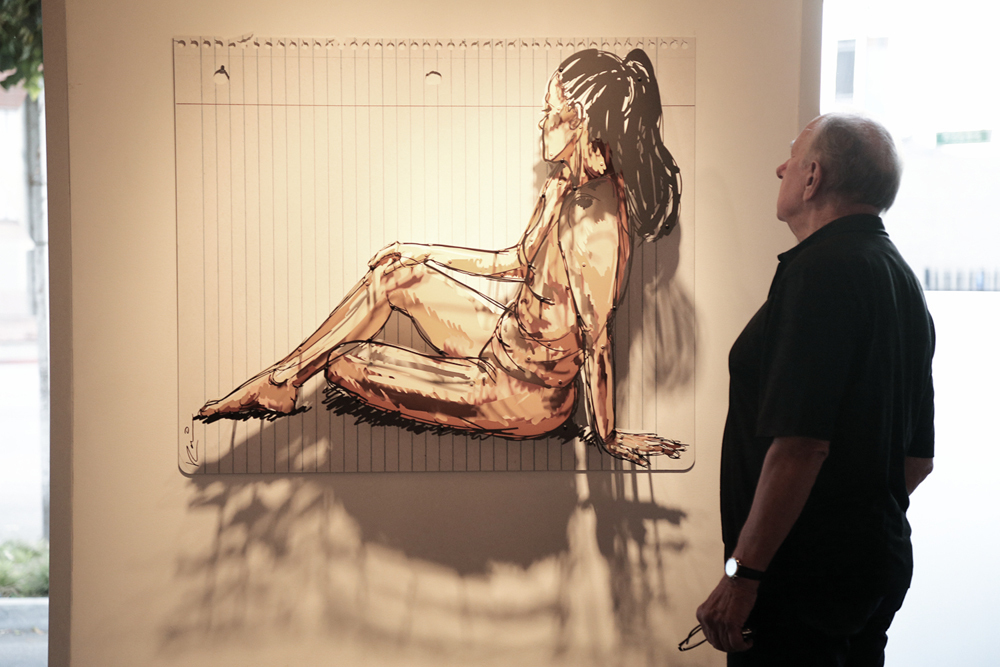 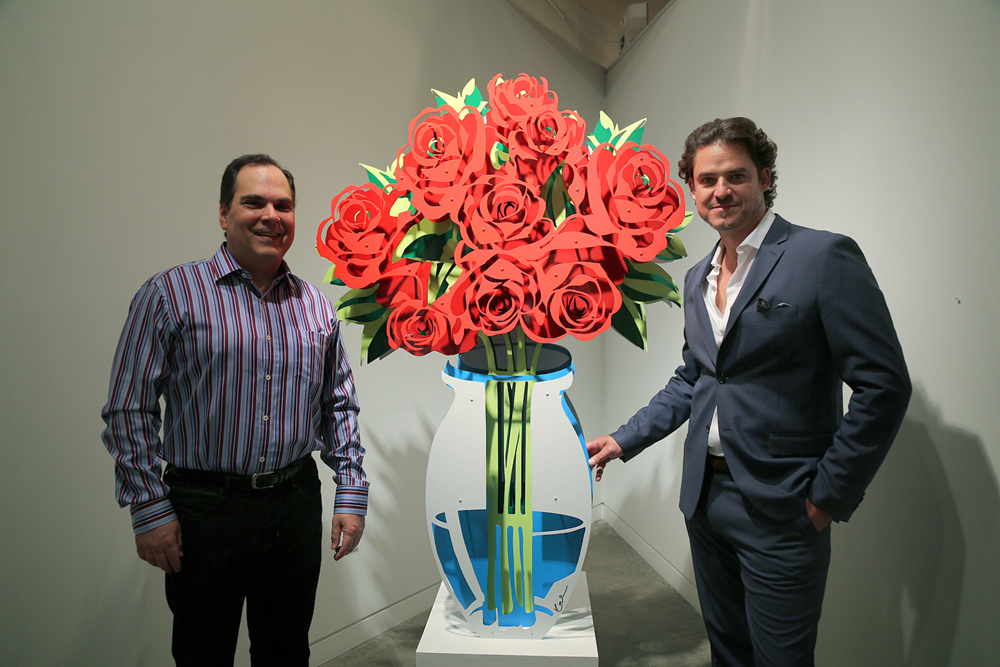 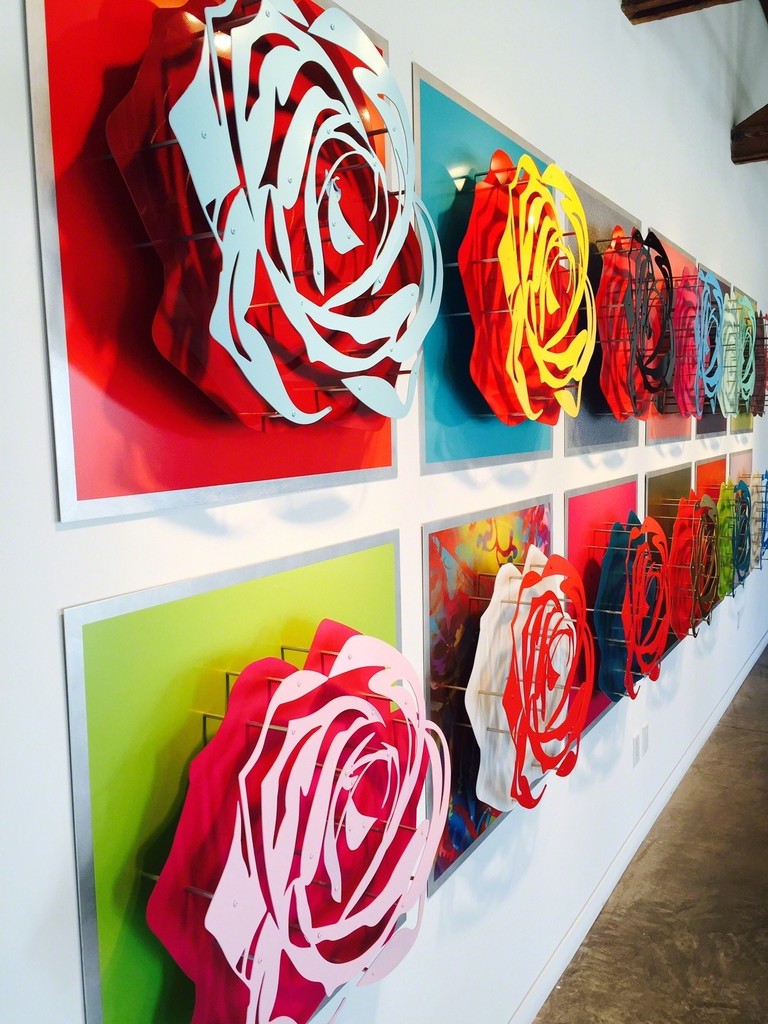 Michael Kalish grew up in Atlanta, Georgia. He pursued his passion in both baseball and art, noting that some days he would sneak away from baseball practice to take figure-drawing classes or make art. During this time, Kalish had the opportunity to try out for major league teams such as the Atlanta Braves and the Yankees. He was a very talented player, though a serious back injury kept him from furthering an athletic career.

Currently based in Los Angeles, Michael Kalish gained recognition for his transformation of ordinary, everyday objects such as license plates and tailgates into meaningful works of art that reference a broad spectrum of American culture from political issues to cultural icons.

Michael Kalish was fascinated with license plates and perhaps it was his upbringing in the Deep South that culled his interest in Americana. He created a medium out of license plates, which has grown into a fascination with all metal. He is always exploring new mediums, often in the way of salvaged materials. He began cutting and welding the license plates into maps, flags and large scale sculptures. Kalish continues to explore the theme of taking everyday objects out of context and putting them back into a new form.

Kalish is mostly known for his large scale public installations including “reALIze”, a large scale multi-dimensional Muhammad Ali sculpture in downtown Los Angeles. The monument is larger than life, as is Ali’s legacy: an appropriate testament to the essence for the legend the world has come to know, simply, as “The Greatest.” The breath-taking effect is an enormous, 360-degree, two-story structure composed of five miles of stainless steel, two miles of aluminum tubing, and 1300 boxing speed bags.

His most recent monumental sculpture, Raise The Caliber™, is a tribute to all victims of illegal gun violence in America. This three-story sculpture was created from 2,000 pounds of illegal gun parts bought off the streets through gun buyback programs. It was unveiled in Hartford, CT on September 3, 2014 with plans for the monument to travel to other cities including Detroit, Los Angeles and San Francisco.

Kalish has been the featured in the NY Times, The ARTnews Review, Wired Magazine, Time Magazine, The LA Times Magazine, People Magazine, Hollywood Life Magazine, US Weekly, American Way Magazine, Elle Magazine, Art in America and USA Today. He has also made TV appearances on CBS Sunday Morning and CNN’s “Route to the Top”. Most recently, he was the host of Discovery Channel’s “Final Offer”. His work is in countless prominent art collections around the world.