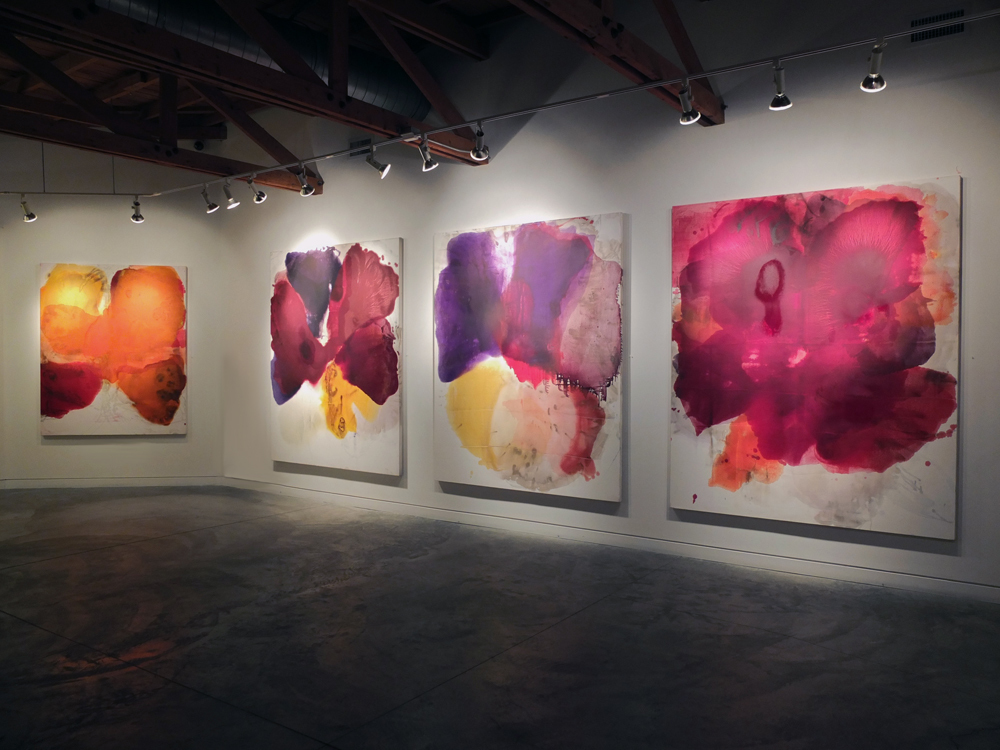 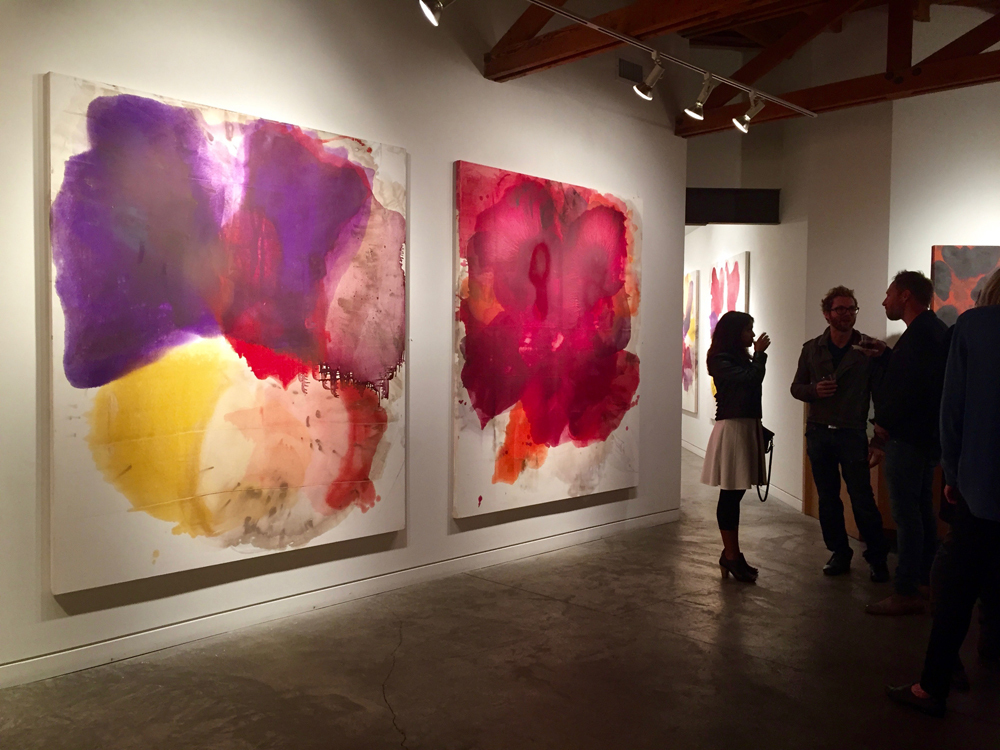 FP Contemporary presents a solo exhibition titled “In Tribute” featuring work by friend and artist Dirk De Bruycker. Dirk De Bruycker passed away unexpectedly on July 26, 2015. Dirk will be greatly missed but his contributions to the art world will live on.

De Bruycker was proudly featured in a recent editorial in the Hamptons “Beach” magazine where he stated:

“Colors resonate psychologically. I tend to use colors that I associate with inner life. From the sensual to the melancholic, from a fragile beauty to mourning. I mean it has to say something about the human experience.”

De Bruycker painted with what he termed “internal emotional colors” allowing the viewer to have a visceral and emotional response when viewing his paintings in person. De Bruycker’s paintings are oil and mixed media, including asphalt, gesso and cobalt drier on canvas.

“My paintings are not so much conceptually driven rather they are emotive and fluid, liquid even. Color fields and forms are negotiated intuitively, responsive to what I like to call a painterly logic that is unique to each painting. If the actions of painting start off rather detached, somewhat random, they become increasingly more specific and sparse towards the completion of the painting. It’s a process of fine-tuning where I try to capitalize on the few lucid moments that occur during the process. I try to infuse or charge the painting with emotional content through the very acts of painting. Throughout the years I have searched for a tactile but fragile beauty, a kind of dangerous beauty, a fleeting one. Democritus Junior lists beauty as a cause for melancholy in his eclectic scholarly work “The Anatomy of Melancholy”. This tragic beauty interests me.

A few years ago I entered my studio in Nicaragua and on the tile floor lay dead a splendid Cocoa Mort Blue butterfly, her body consumed by ants. I gasped, overwhelmed by both the beauty and the tragedy of the event. This occurrence provided me with much more than a pretext to give expression to my sentiments and preoccupations. I think I’ve been trying to capture that moment of gasping ever since in my paintings, and in a way that is consistent with the intuitive process-oriented approach to painting that I favor”.

(1955 - 2015) Dirk De Bruycker is a Belgian-born painter who lived and worked in Santa Fe, NM. De Bruycker is a recipient of the prestigious Visual Artist Fellowship Grant from the National Endowment for the Arts and has paintings in prominent private and public collections around the world including the New Mexico Museum of Art Santa Fe, NM, Flemish Community Government in the Province of East Flanders, Ministry of Visual Arts in Brussels, Belgium and the Daum Museum of Contemporary Art, MO.

The following obituary was published in the Santa Fe New Mexican on August 16, 2015:

Long-time Santa Fe artist, Dirk De Bruycker passed away unexpectedly at his home on the morning of July 26th. Born in Ghent, Belgium in 1955 he relocated to Santa Fe in the 1980’s. During the past few decades he divided his time between New Mexico and Granada, Nicaragua. Regarding his migratory lifestyle he said: ‘I think some of the intensity and sensuality of Latin America has crept into my work. There is a feeling of unease here below the surface that is palpable and yet it is so beautiful. The force of life there is so strong; it permeates everything – you can literally hear things grow. I think it is some of that intensity of life, which is very different from my cooler northern European sensibilities that I have allowed to surface in the paintings.’ He had over 45 solo shows, the first one in Belgium in 1981. Most recently he has been showing his work in Santa Fe, Boston, Denver, Los Angeles, San Francisco, Boca Raton, Scottsdale, Jackson Hole and Ketchum, Idaho. His vibrant and luminous canvases reveal what he referred to as a “fragile
beauty, a kind of dangerous beauty.” He is survived by his daughter Claudia Ninoska De Bruycker, his wife Felipa de los Angeles Mondoy Perez (Veronica),
four brothers and one sister, Lucas De Bruycker, Riet Michiels-De Bruycker, Erwin De Bruycker, Wouter De Bruycker and Geert De Bruycker.

While it is bittersweet, FP Contemporary is pleased to have shared this beautiful retrospective exhibition including several of De Bruycker’s earlier works from the 1990’s as well as never-before-seen paintings in this exhibition.