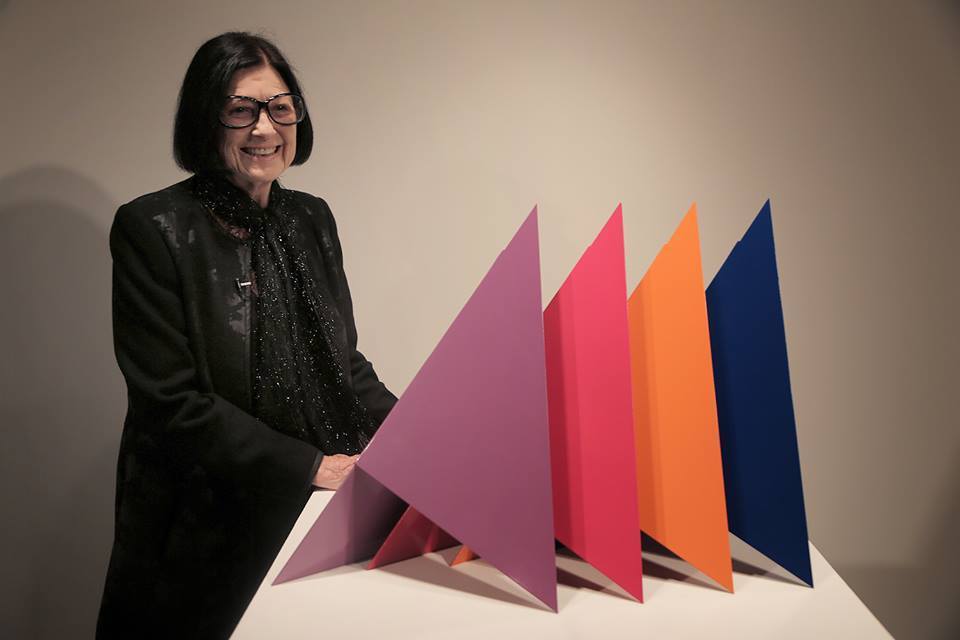 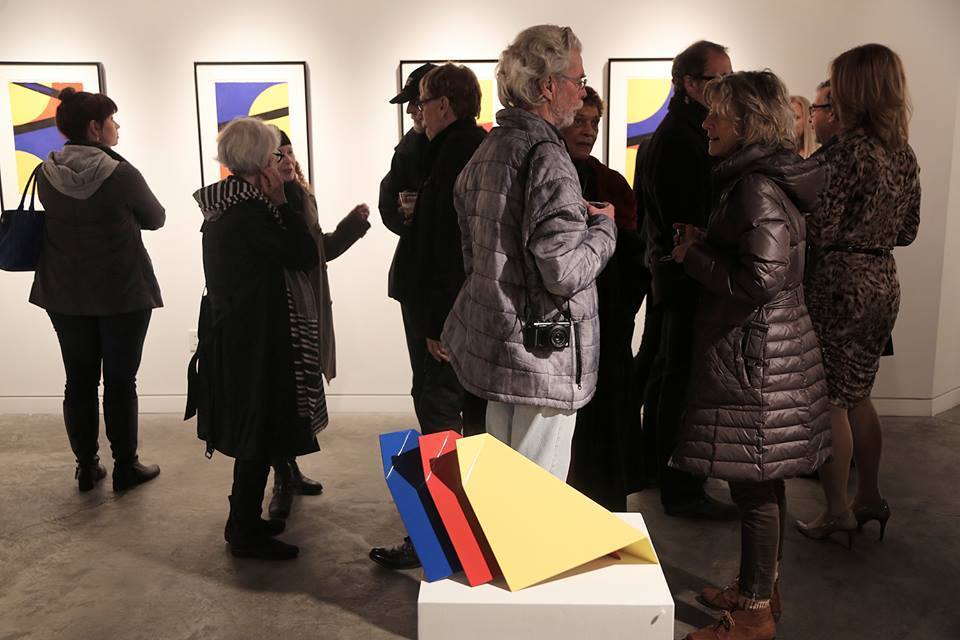 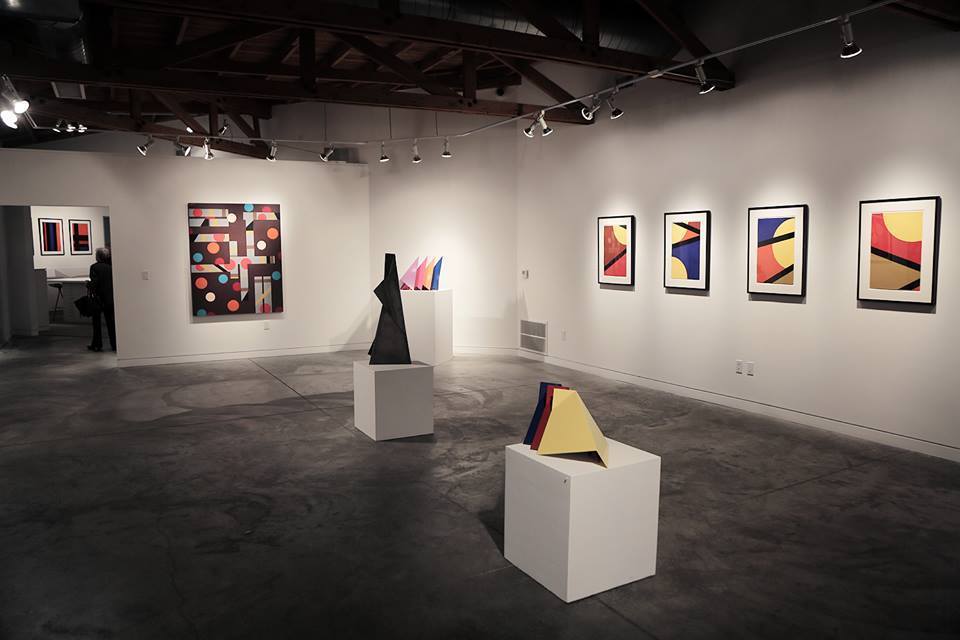 Gold is an internationally recognized geometric-abstract sculptor and painter whose work can be found globally in countless museums and prominent public and private art collections. Gold is widely known for her steel sculptures but she has also always been a prolific painter.

“I’ve been asked many times to explain my art, but don’t think that there is an explanation, as such. I can say, however, that I began with the human figure and ended up with geometry, which I love. It’s not an easily understood transition, or even one that I fully comprehend. Suffice to say that I don’t think it will shed more light going beyond Picasso’s simple but profound reflection that ‘It’s the leap of the imagination.’

With the exception of some photographic work, everything I have done for the major part of my career has been based on a geometric concept. It never becomes tiresome and I continue to find new ways in which to express its truth and universality. Every new project is like the first: challenging, fulfilling and exciting.”

Gold was born in 1935 in Austin, Texas. She attended the University of Texas with a major in Elementary Education and a minor in Art History. After completing her studies, she entered the tutelage and apprenticeship of sculptor Octavio Medillan in Dallas, Texas in the late 1950’s. Since then, she has traveled the world extensively, studying and lecturing. Inspired by the cultures she has observed throughout her years of travel, her geometric sculptures resemble paper origami despite their steel construction. Although her large-scale outdoor sculptures appear to have come into existence effortlessly, they can weigh in the range of thousands of pounds to seven tons.

Gold creates paper and cardboard models at her studio in Venice, CA and while she travels. Once a model is commissioned to be created in large scale, she begins each sculpture with rectangular sheets of steel, which she deconstructs into geometric shapes and then reconstructs by welding the pieces together with intention. The thickness of the steel depends on the height of each sculpture. The sculptures represent duality and contrast. Gold feels that she is feminine, while the geometric nature of her creations is more masculine. “It could be male-female, but it doesn’t have to have that connotation. It could be yin-yang, or positive-negative. It is two sides and two points of view to any situation. It’s a balanced feeling within yourself”, says Gold.

Gold turned the male-dominated sculpture world “on its head” by winning countless public arts commissions beginning in the early 1970's. She became associated with MADI, an international abstract art movement, which she claims opened many doors for her. In 2005, Gold was honored with a major retrospective exhibition at the Casal Solleric Museum, a historic castle in Palma, Spain on the island of Mallorca. Exhibitions featuring the work of Columbian artist Fernando Botero and Mexican painter Frida Kahlo graced the same castle following Gold’s retrospective exhibition.

Gold’s sculptures are placed both outdoors in year-round environments as well as interior environments. Whether large scale or on a smaller scale, her sculptures have a timeless sensibility and a resounding impact. Gold loves to create site-specific commissions for each client's individual needs. These commissioned sculptures range from four to twenty eight feet in height and are painted in various colors or sometimes remain unpainted for a more organic expression.

In 2014, Gold was presented with the prestigious XAM award. She is the 13th recipient of the Premi Xam d'Arts Plàstiques (Xam Award of Plastic Arts), an award created as homage to the memory of Mallorcan artist Pedro Quetglas Ferrer "Xam" who passed away in 2001.

While Betty Gold turns 80 in February 2015, her career has never lost momentum in the approximately 50 years she has worked as a professional sculptor and painter. She is still as vital as ever, as is made evident through “Reconstructed.”, which will showcase many of her most recent works.

A full-length documentary about Gold’s life and career will be completed in 2015. The documentary has been “in the works” for over 20 years.