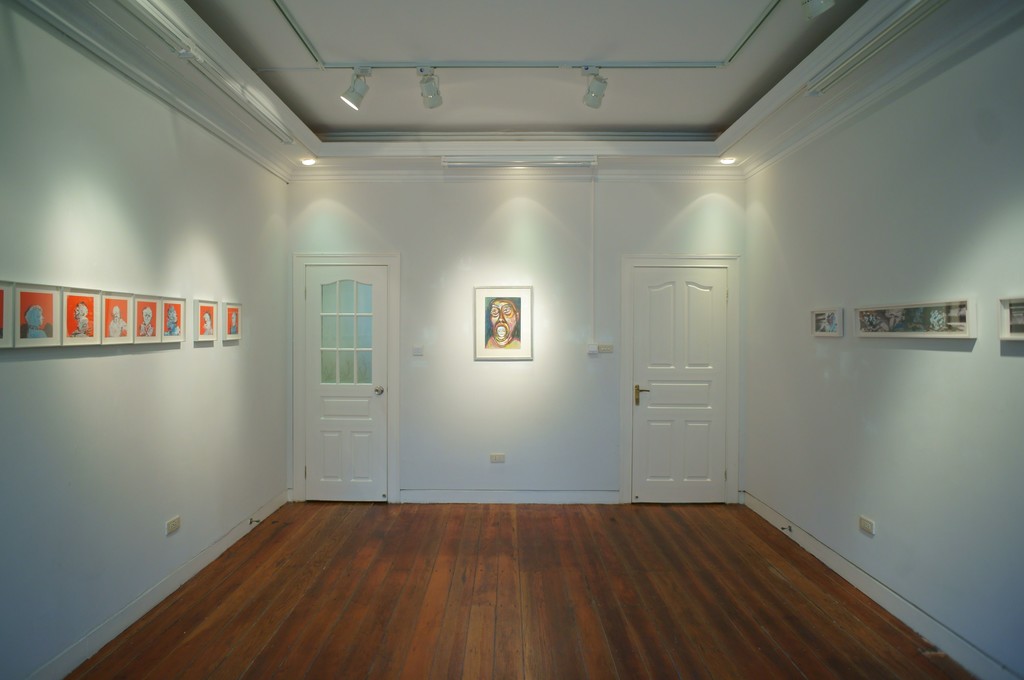 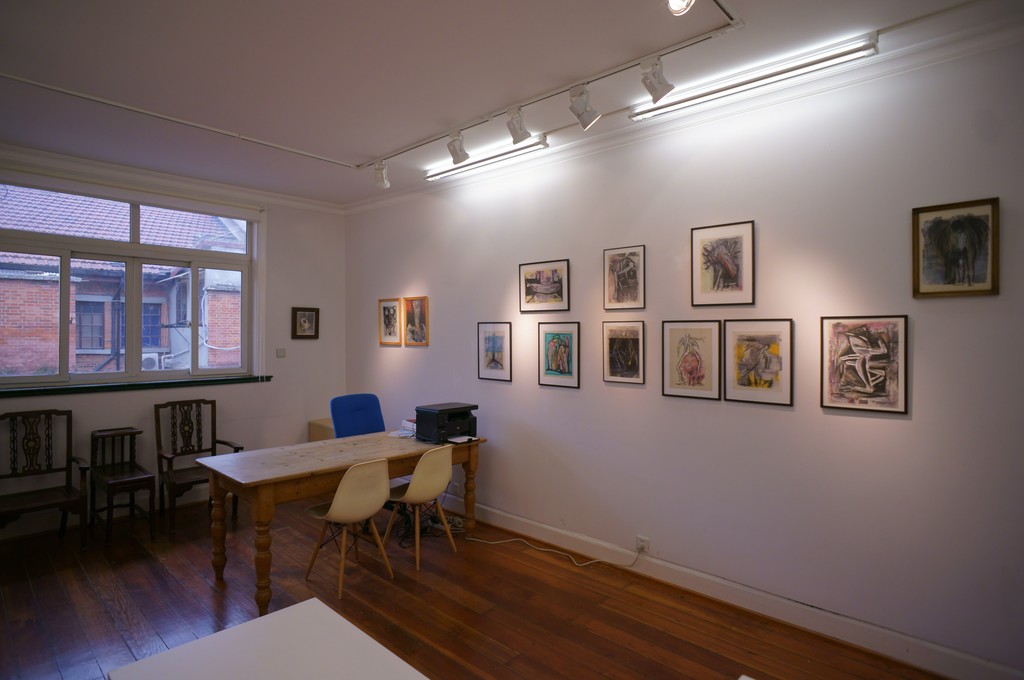 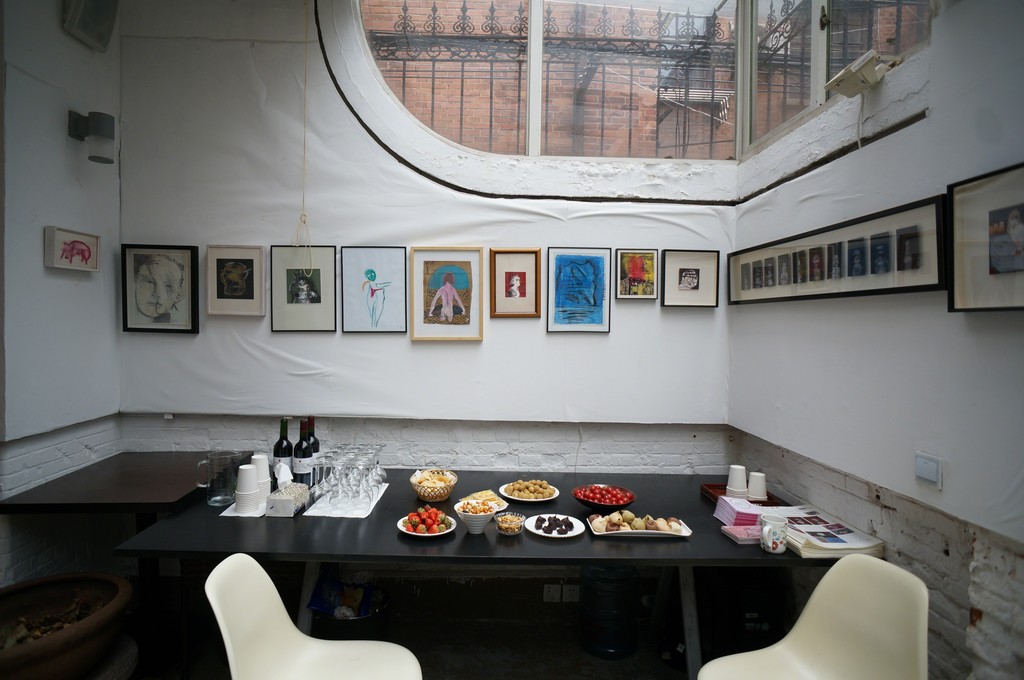 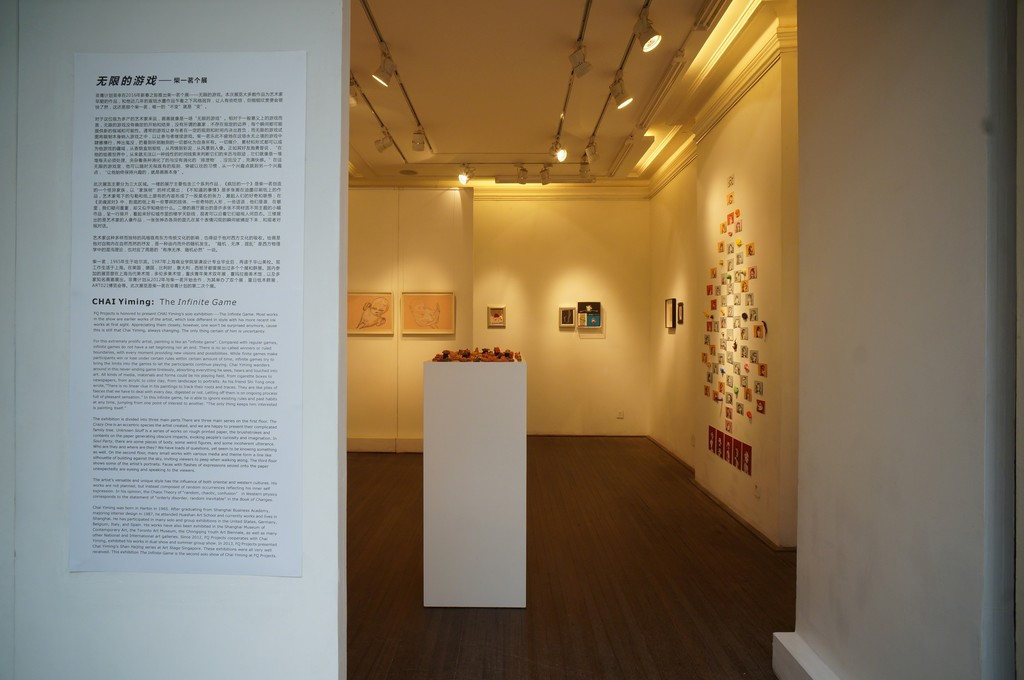 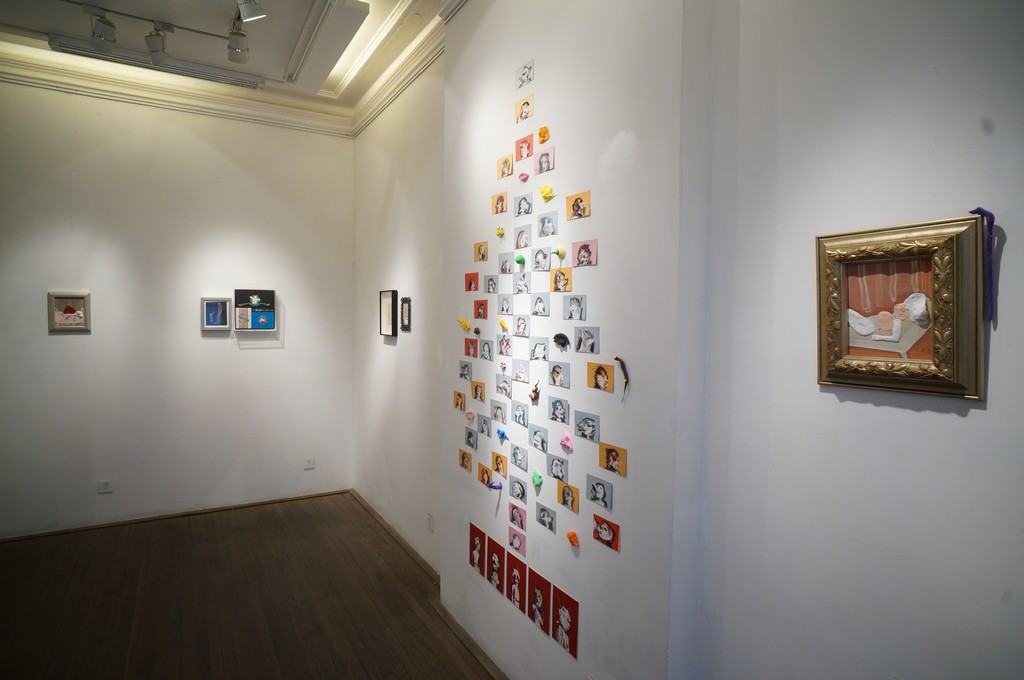 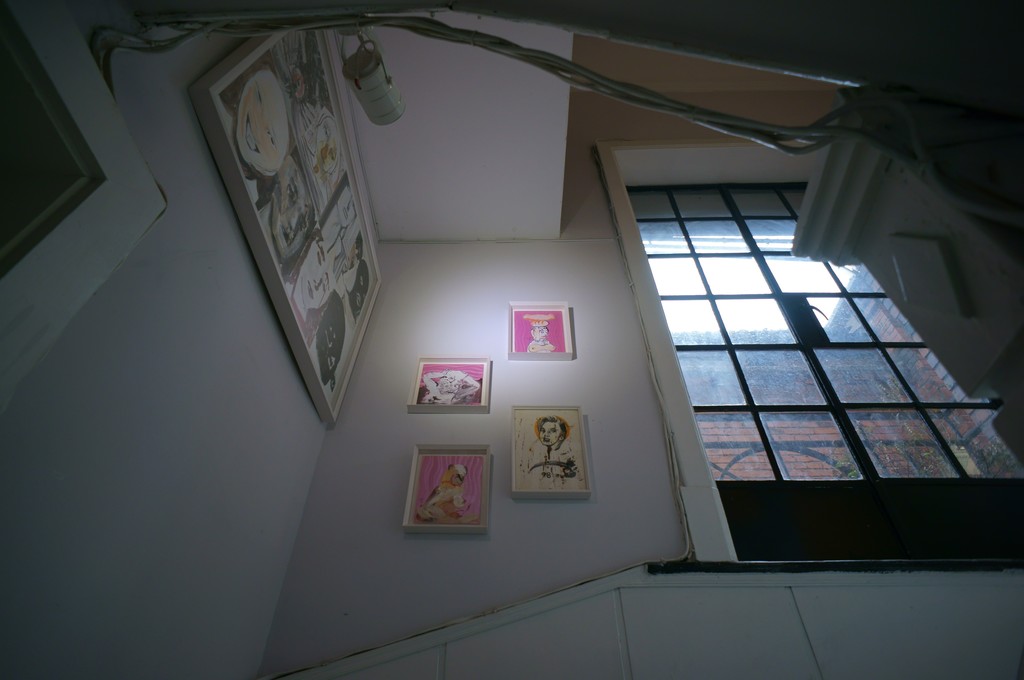 FQ Projects is honored to present CHAI Yiming’s solo exhibition—-The Infinite Game. Most works in the show are earlier works of the artist, which look different in style with his more recent ink works at first sight. Appreciating them closely, however, one won’t be surprised anymore, cause this is still that Chai Yiming, always changing. The only thing certain of him is uncertainty.
For this extremely prolific artist, painting is like an “infinite game”. Compared with regular games, infinite games do not have a set beginning nor an end. There is no so-called winners or ruled boundaries, with every moment providing new visions and possibilities. While finite games make participants win or lose under certain rules within certain amount of time, infinite games try to bring the limits into the games to let the participants continue playing. Chai Yiming wanders around in this never-ending game tirelessly, absorbing everything he sees, hears and touched into art. All kinds of media, materials and forms could be his playing field, from cigarette boxes to newspapers, from acrylic to color clay, from landscape to portraits. As his friend Shi Yong once wrote,”There is no linear clue in his paintings to track their roots and traces. They are like piles of faeces that we have to deal with every day, digested or not. Letting off them is on ongoing process full of pleasant sensation.” In this infinite game, he is able to ignore existing rules and past habits at any time, jumping from one point of interest to another. “The only thing keeps him interested is painting itself.”
The exhibition is divided into three main parts.There are three main series on the first floor. The Crazy One is an eccentric species the artist created, and we are happy to present their complicated family tree. Unknown Stuff is a series of works on rough printed paper, the brushstrokes and contents on the paper generating obscure impacts, evoking people’s curiosity and imagination. In Soul Party, there are some pieces of body, some weird figures, and some incoherent utterance. Who are they and where are they? We have loads of questions, yet seem to be knowing something as well. On the second floor, many small works with various media and theme form a line like silhouette of building against the sky, inviting viewers to peep when walking along. The third floor shows some of the artist’s portraits. Faces with flashes of expressions seized onto the paper unexpectedly are eyeing and speaking to the viewers.
The artist’s versatile and unique style has the influence of both oriental and western cultures. His works are not planned, but instead composed of random occurrences reflecting his inner self expression. In his opinion, the Chaos Theory of “random, chaotic, confusion” in Western physics corresponds to the statement of “orderly disorder, random inevitable” in the Book of Changes.
Chai Yiming was born in Harbin in 1965. After graduating from Shanghai Business Academy, majoring interior design in 1987, he attended Huashan Art School and currently works and lives in Shanghai. He has participated in many solo and group exhibitions in the United States, Germany, Belgium, Italy, and Spain. His works have also been exhibited in the Shanghai Museum of Contemporary Art, the Toronto Art Museum, the Chongqing Youth Art Biennale, as well as many other National and International art galleries. Since 2012, FQ Projects cooperates with Chai Yiming, exhibited his works in dual show and summer group show. In 2013, FQ Projects presented Chai Yiming’s Shan Haijing series at Art Stage Singapore. These exhibitions were all very well received. This exhibition The Infinite Game is the second solo show of Chai Yiming at FQ Projects.