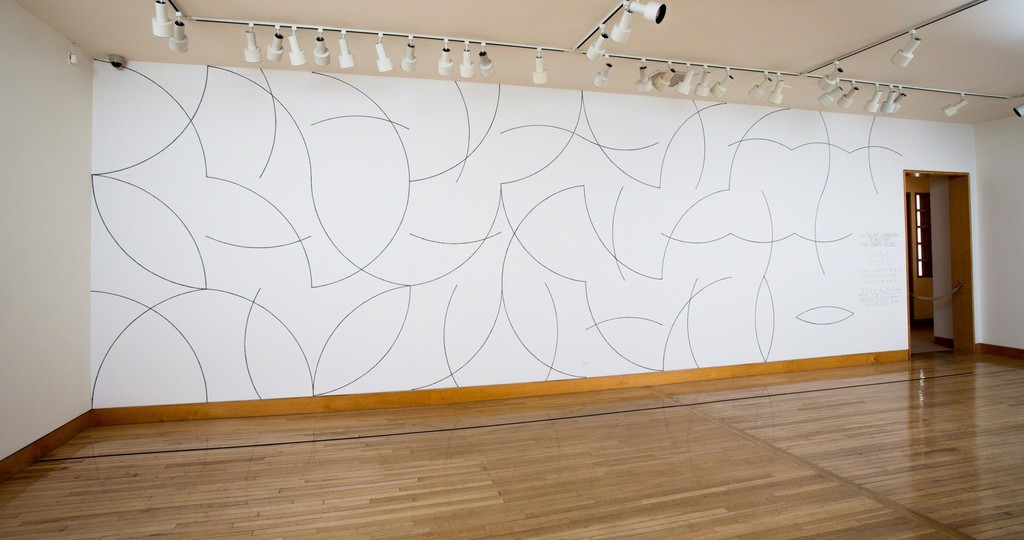 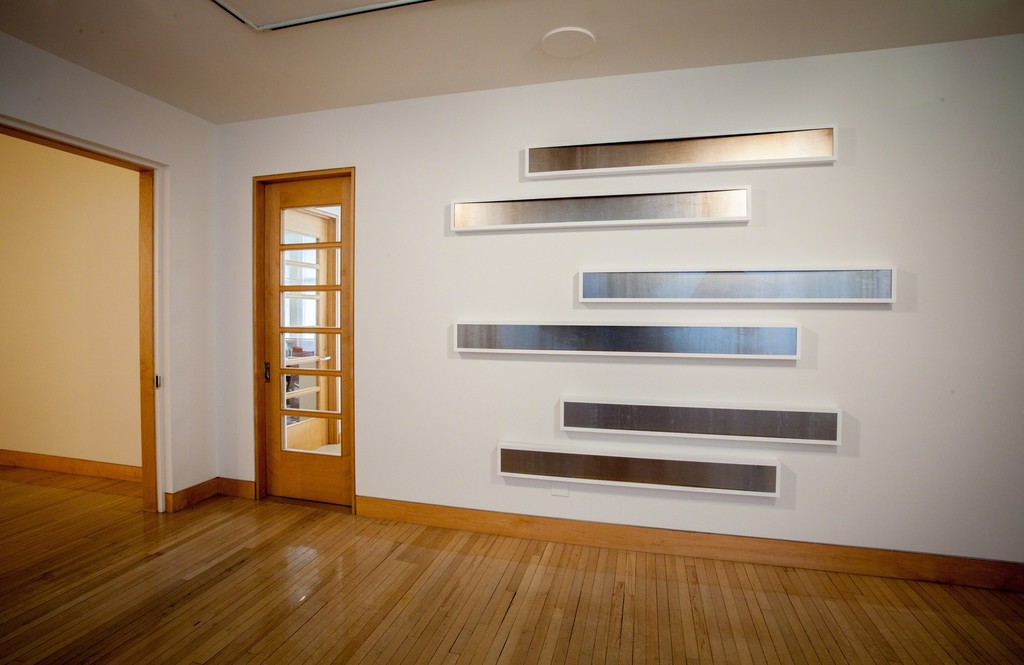 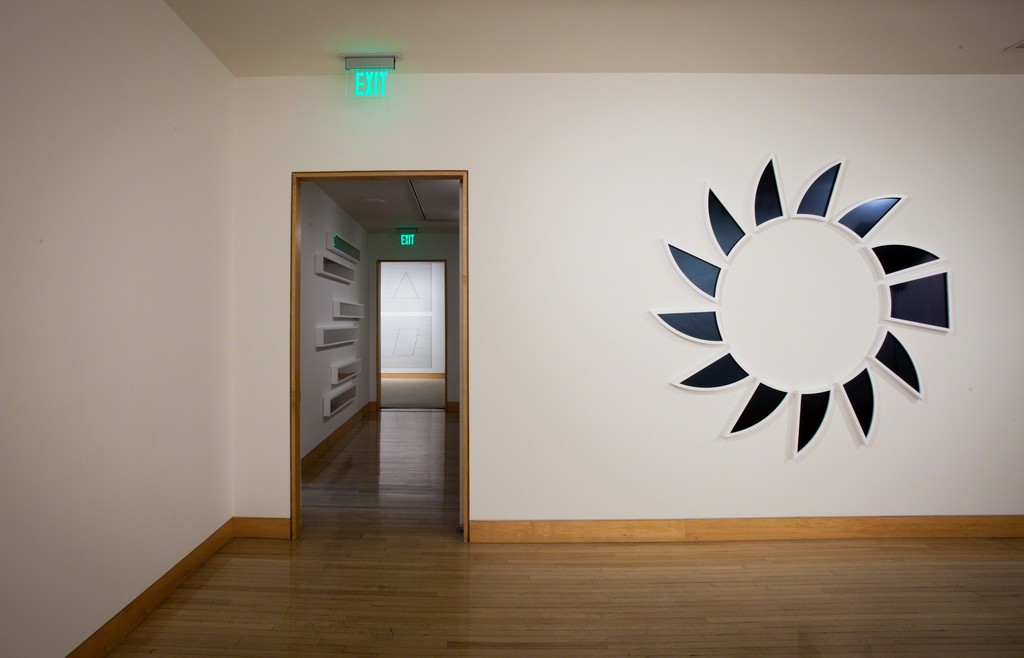 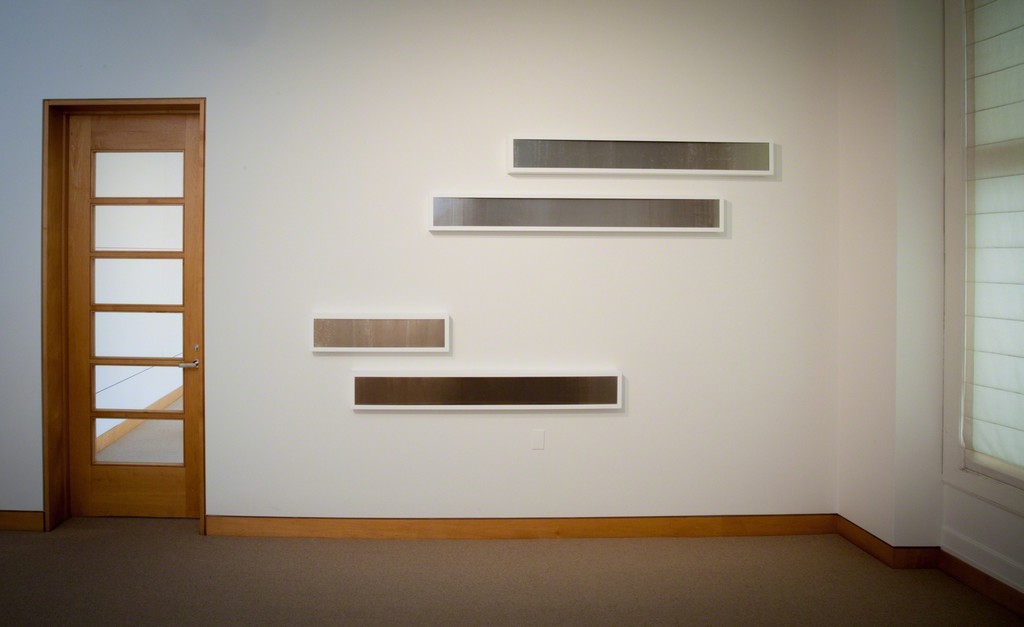 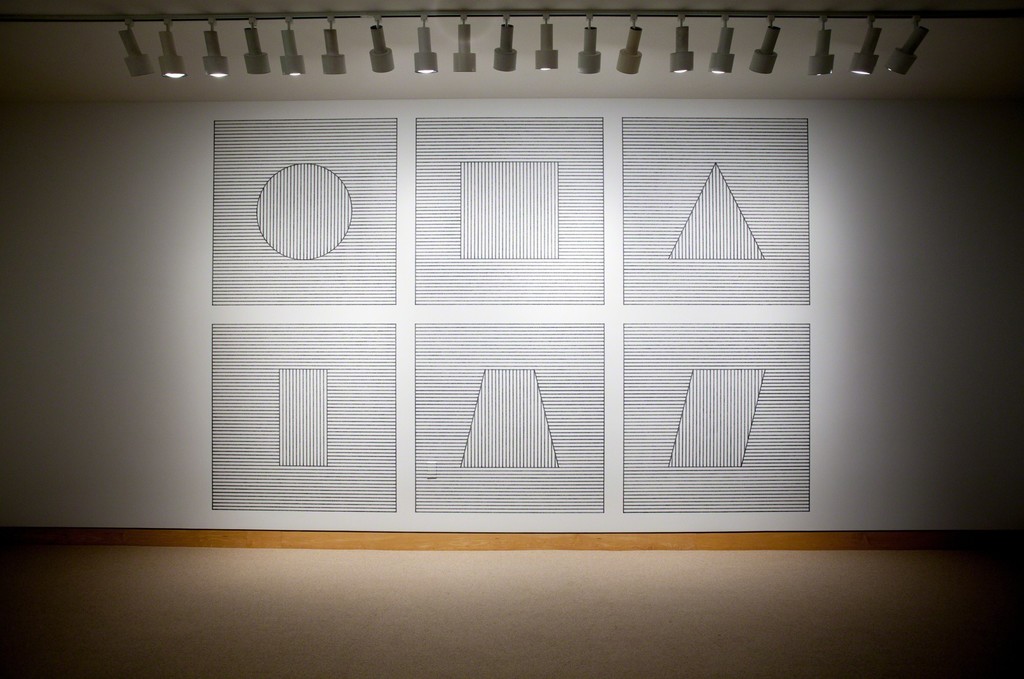 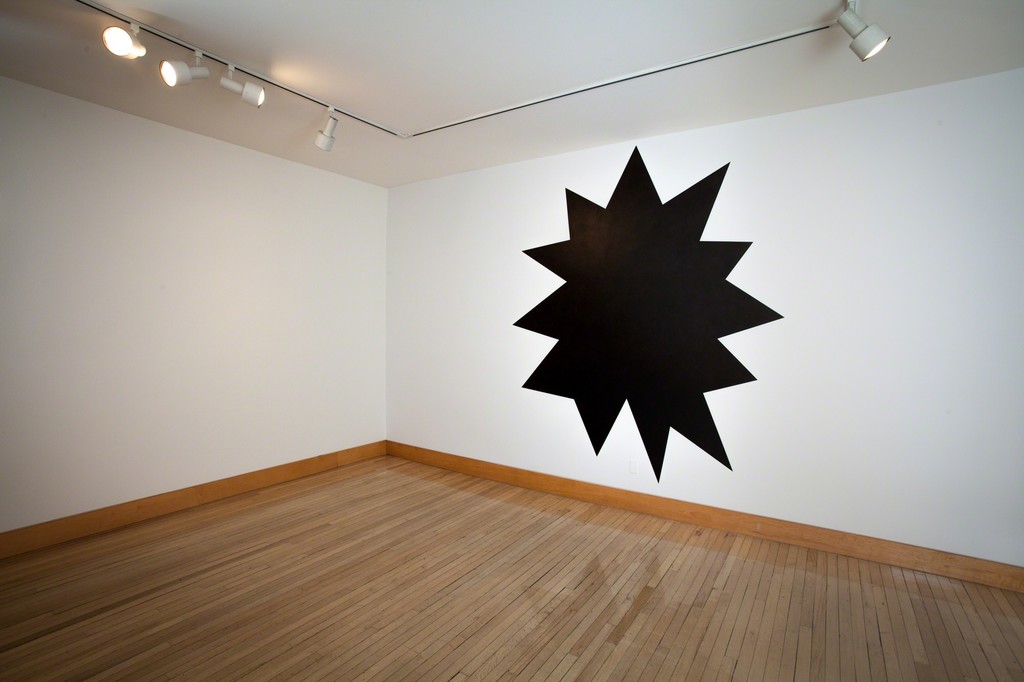 LeWitt’s Wall Drawing #786, first installed in Seoul, Korea in 1995, will occupy Gallery I on Geary Street. A 36-inch grid covering the entire wall, the piece consists of all two-part combinations of arcs from corners and sides. Gallery II will be installed with Wall Drawing #669, an irregular twelve-pointed star drawn with India ink and filled in solid, first executed in 1991.

Wall Drawing #340A, first exhibited at the Addison Gallery of American Art in 1993, will be installed in Gallery III. The wall will be divided horizontally and vertically into six equal squares, each containing a geometric figure comprised of vertical, parallel lines.

Installed in the same galleries, Liz Deschenes’s new imageless photographs use photographic means to explore conceptual possibilities cracked open by LeWitt. Her photograms are a direct record of atmospheric conditions during the process of their production: light, humidity, and the outside temperature, among other factors, determine the surface of the final works.

Sol LeWitt (b.1928, Hartford, CT; d. 2007, New York) is a key figure of 20th century art. His systematic methodology centered on the concept by which a work is to be installed directly on a wall by hands other than the artist’s. LeWitt’s Wall Drawings constituted a revolution in drawing and painting. The artist has been the subject of numerous exhibitions worldwide. A major retrospective organized by and first seen at the San Francisco Museum of Modern Art in 2000, traveled to the Museum of Contemporary Art in Chicago, and the Whitney Museum of American Art in New York.

Liz Deschenes (b. 1966, Boston) lives and works in New York and graduated from the Rhode Island School of Design in 1988. She teaches at Bennington College and is a visiting artist at Columbia University’s School of Visual Arts and Yale University. Her work is held in the permanent collections of the Centre Pompidou, the San Francisco Museum of Modern Art, the Solomon R. Guggenheim Museum, the Whitney Museum of American Art, and the Museum of Modern Art, among others. Recently, Deschenes was the subject of solo exhibitions at MASS MoCA and the Walker Art Center.